BC SOFTWARE
Saved by @Mollyycolllinss 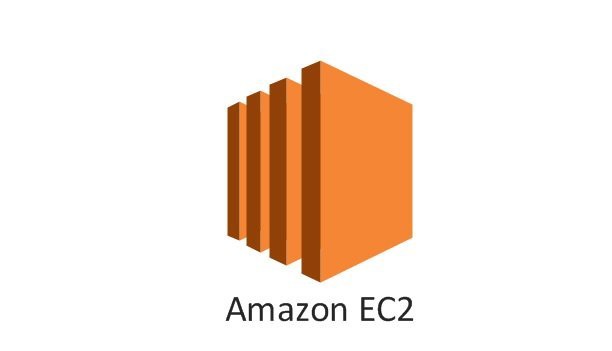 ECS has been a foundational pillar for key Amazon services and it can natively integrate with other services such as Amazon Route 53, Secrets Manager, AWS Identity and
...

Access Management (IAM), and Amazon CloudWatch providing you a familiar experience to deploy and scale your containers.
4. ElastiCache:

S3 can be used to store files for use cases like websites, mobile apps, enterprise apps, backup & restore etc.

SQS is a fully managed message queuing service that enables you to decouple and scale micro services independently. Using SQS you can send, store and receive messages between different components at any volume. 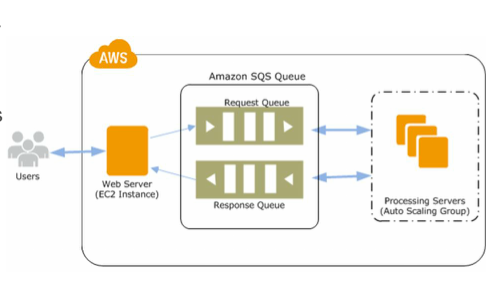 This helps you to build highly scalable and distributed applications.

Load Balancer is a critical component in any distributed system which sits between a client and a server, accepts incoming requests, and routes them across a a cluster of servers to handle the load. 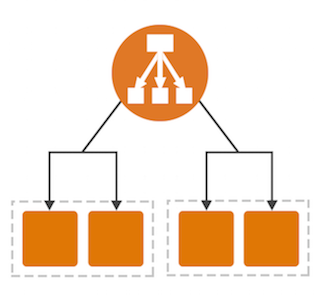 Route53 a highly available and scalable DNS service from AWS. If you don't know what a DNS service is, it's basically the service which routes end users to Internet applications by translating names into numeric IP addresses. 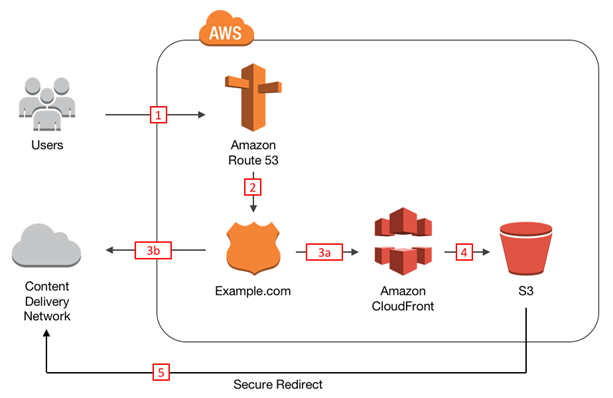 AWS Lambda allows you to run your services without provisioning or managing servers. You only pay for the compute time used, whereas in EC2 instances which are up 24/7 you need to pay for that whole time for which these servers are up.

AWS VPC is one of the core components within AWS which works with multiple other components to secure applications, logically isolate section of AWS Cloud where you can launch resources within a virtual network. 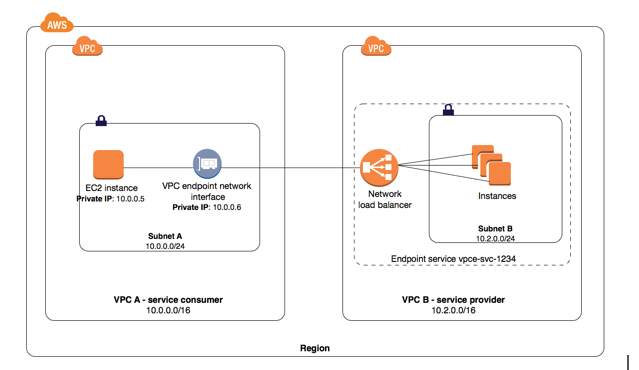 Sunil Kumar
@sunilc_
Do you want to learn AWS (or an experienced AWS dev) ?

Here's a list of Github repositories you should check out:

Sunil Kumar
@sunilc_
Things I wish I knew 10 years ago:

Sunil Kumar
@sunilc_
Are you an Angular developer?

Check these useful UI and Component libraries for Angular:

UI library for Angular based on Material

UI library for Angular based on the Bootstrap 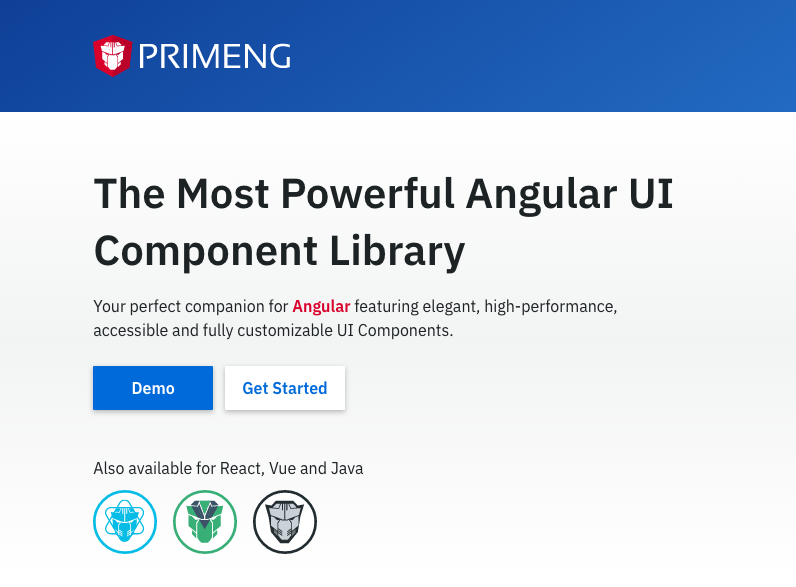 Hybrid mobile and PWA UI library for Angular and Onsen

Sunil Kumar
@sunilc_
Are you a Senior Developer & struggling to switch your job?

Here's a thread on how you should prepare before sending out job applications:

First of all know that there's a lot of demand for good software developers.

It's hard for companies to hire good mid level developers. Some of the interviewers I've talked to recently have mentioned this!

So, if you're good, you can always get into a high paying job.

I have 6.5 years of experience mainly as a Backend Developer. Although I do work a bit of front-end tasks as well as part of my current job.

In this thread I'm going to talk about how I would prepare if I was going to apply for a job interview.

As a mid level developer having 4 - 8 years of experience, you will be expected to have certain skills to be hired by companies. Skills like:

Even though we mostly never write a lot of game changing Algorithms and use data structures, you're still expected to know the most common ones and how to use them to solve problems:

Sunil Kumar
@sunilc_
Are you a front-end developer or a designer?

Here's a list of websites to get inspiration for design and building UI:

I’ll be submitting sworn affidavits from Steelers fans than they saw the Buffalo rigging the game but I want to emphasize that I’m not under oath.
SOFTWARE

Scott Piper
@0xdabbad00
As the year wrap's up, let's run through some of the worst public security mistakes and delays in fixes by AWS in 2020. A thread.

First, that time when an AWS employee posted confidential AWS customer information including including AWS access keys for those customer accounts to

Discovery by @SpenGietz that you can disable CloudTrail without triggering GuardDuty by using cloudtrail:PutEventSelectors to filter all events.

Reported to AWS Security and it is not a bug.

Amazon launched their bug bounty, but specifically excluded AWS, which has no bug bounty.

Repeated, over and over again examples of AWS having no change control over their Managed IAM policies, including the mistaken release of CheesepuffsServiceRolePolicy, AWSServiceRoleForThorInternalDevPolicy, AWSCodeArtifactReadOnlyAccess.json, AmazonCirrusGammaRoleForInstaller.

Patrick McKenzie
@patio11
One of the big promises of software is composability. You can build rich, powerful experiences out of basic building blocks.

APIs add new things to the toolbox. For example: Treasury, which lets an app/platform store, move, and track a business’

I've been a small business owner and can talk at length about SMB banking, and will later, but let's put on the software developer hat right now.

This is extremely frustrating when you're building SaaS apps for businesses, because you have total control over your UX right until your app needs to touch money... at which point all data about it lives in a silo you can't access.

So you generally push work to the operator.

For example, suppose you’re writing a business-in-a-box system for electricians, including an invoicing feature.

You need to be able to read bank transactions to reconcile. You probably can't. The owner can. So you ask the owner to do mind-numbing work a computer does better.

It sure would be great if your business customers had bank accounts you could actually introspect and operate on their behalves! You could just get the list of incoming payments and match against the invoices.

There is some software to write but it is not rocket science.

Andrew Harmel-Law 🏡...
@al94781
Software architecture is in crisis, and the way to fix it is a hefty dose of anarchy. 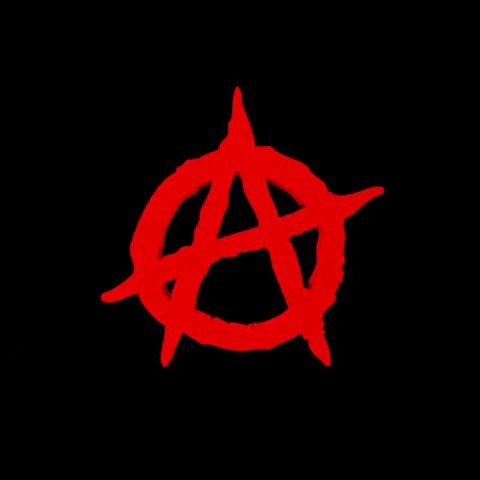 Some lay the blame for this on @boicy with the whole microservices thing.

(Admittedly, @nicolefv, @jezhumble and @realgenekim didn’t help when they statistically proved that he might have been onto something with all that de-coupling and team-alignment…)

However I don’t blame him at all.

I think he saved us; bringing us back to the path of value-delivery and independent services, but now with added independent teams. 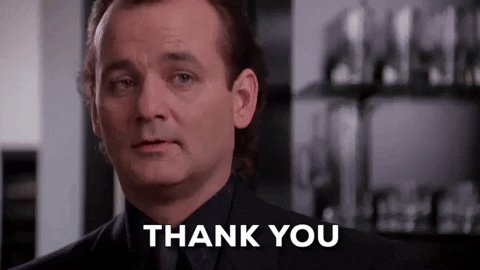 But one thing is clear. Microservices need more architecture, not less (as do other forms of #Accelerate-style software organisation).

(See https://t.co/B2hWmXhIqe if you need convincing)

I mean, all those pesky slices we need to carve up our monoliths (or were they big balls of mud?) That’s a significant amount of work right there…

While Pandoc is fantastic, it's a bit like ffmpeg: extremely powerful, but without GUI apps too few people will use it. ffmpeg has a ton of GUI apps that basically just wrap the CLI, Pandoc doesn't have enough of them.
3/100

Citekeys + CSL files + Pandoc can easily cut ~10+ hours from your writing workflow. Citekeys come from LaTeX-Land, you can use them through Pandoc with anything. And CSL files make it super easy to switch citation styles.
4/100

Since many journals have their own version of popular formats, every journal should be required to publish a CSL file, LaTeX and Word Pandoc template ready for submission. I don't want to think about the collective hours wasted formatting stuff for submission.
5/100
SOFTWARE

Justin Jackson
@mijustin
You can't pull the market towards your solution. 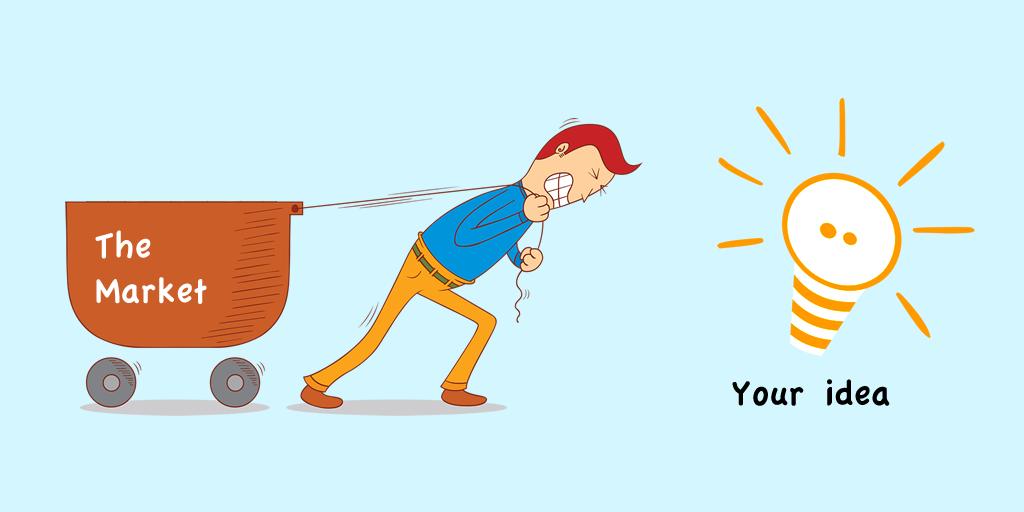 (Like folks lining up for ice cream on a hot summer's day).

Our ability to influence the market is much lower than you think.

It's better to build your product to conform to the direction the market is moving.

Before folks start mentioning Steve Jobs and the iPhone ("Steve built a product we didn't even know we needed!")

Steve recognized the market's existing momentum and saw an opportunity.

"Everyone has a cell phone." (momentum)
"But nobody likes it." (opportunity) 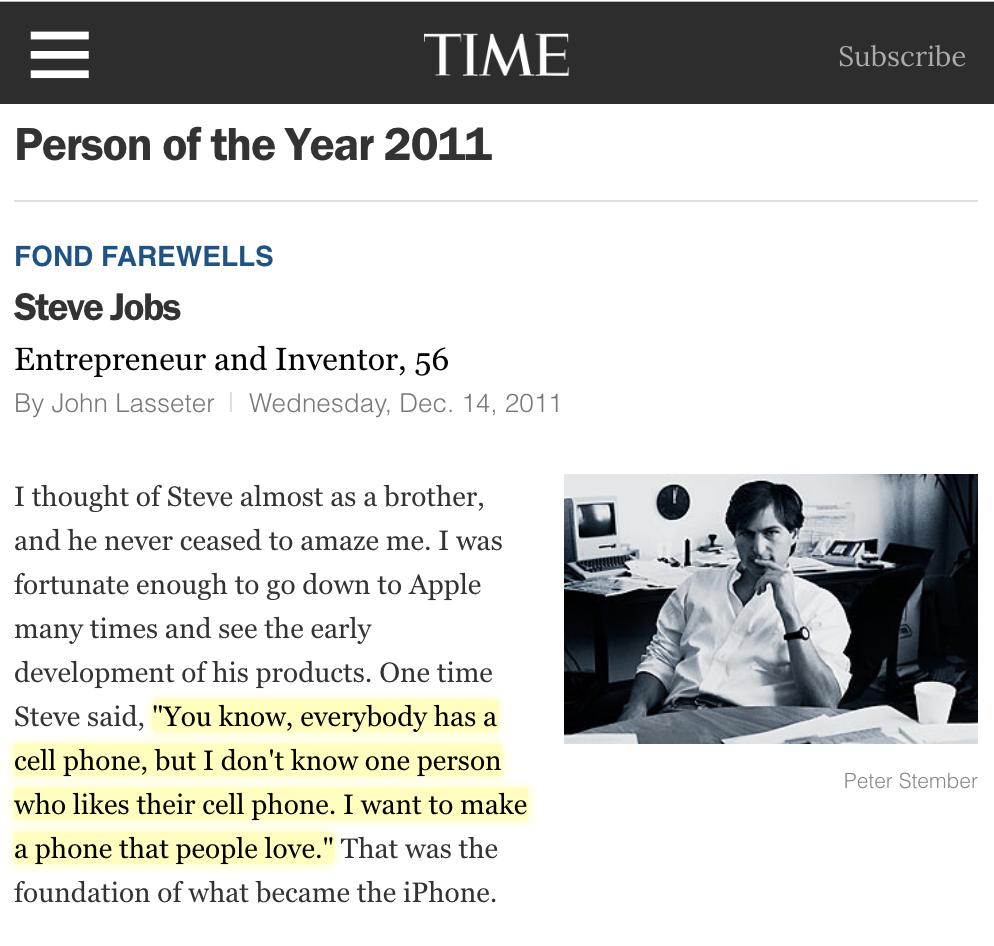 Markets move towards solutions on their own; founders can't pull markets over to their solution.

If you're struggling to gain traction, you likely have a problem in your:

(or all three)
STARTUPS

This is the report that the Trump Administration doesn’t want you to see. Years in the making, released on the day after Thanksgiving. #ClimateFriday

Here are some of the main

This report is mandated by Congress and focused on the impacts of climate change in the U.S.

Basically: This is what our best scientists think will happen to us as a result of the actions our government is (not) taking to address the most important problem in human history.
/2

300 experts in 13 federal agencies volunteered their time to make sure you have this information.

“Climate change is projected to significantly affect human health, the economy, and the environment in the United

To expand on that finding:

“In the absence of more significant global mitigation efforts, climate change is projected to impose substantial damages on the U.S. economy, human health, and the environment. ...”
/5
SCIENCE
Advertisement

Jed Shugerman
@jedshug
1. The Trump/Alfa Bank server connection during the campaign wasn't random.
2. Trump and the GOP just appointed Brian Benczkowski, a lawyer who worked for Alfa Bank, to lead the DOJ's criminal division, and he refuses to recuse himself.
What the hell is going on here?

Dexter Filkins does a meticulous job revisiting the Trump/Alfa Bank server connection--and lands at about the same conclusion I did a few years back: This wasn't random. https://t.co/YTy6HJyO4d 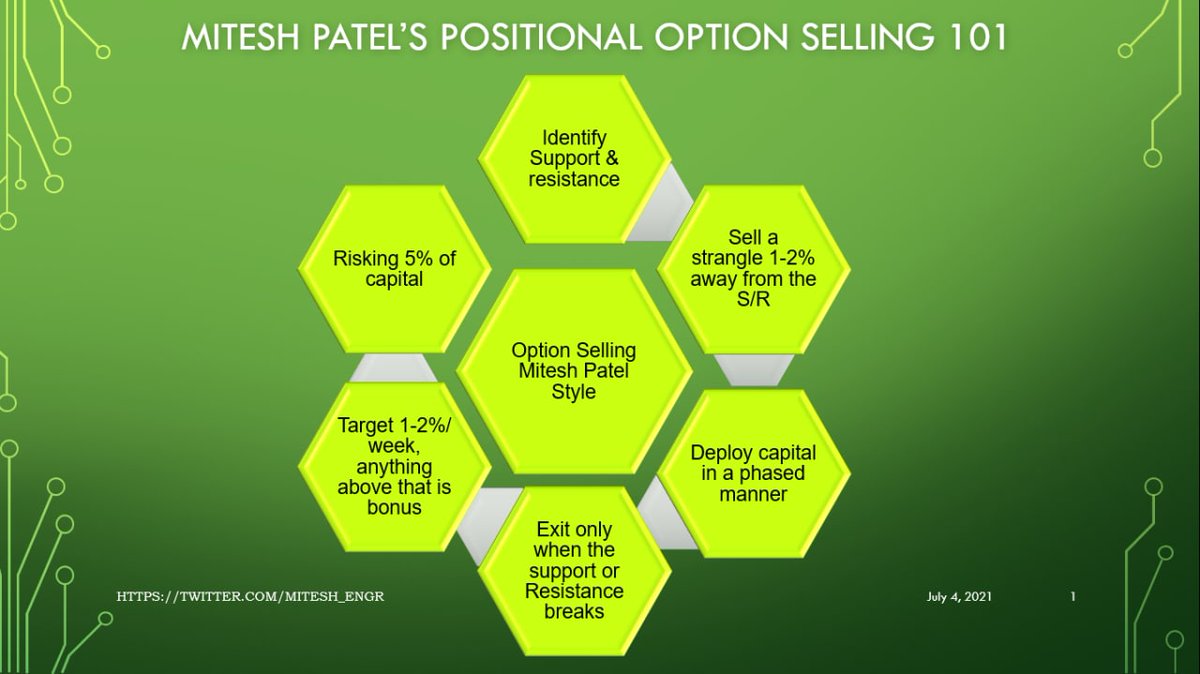 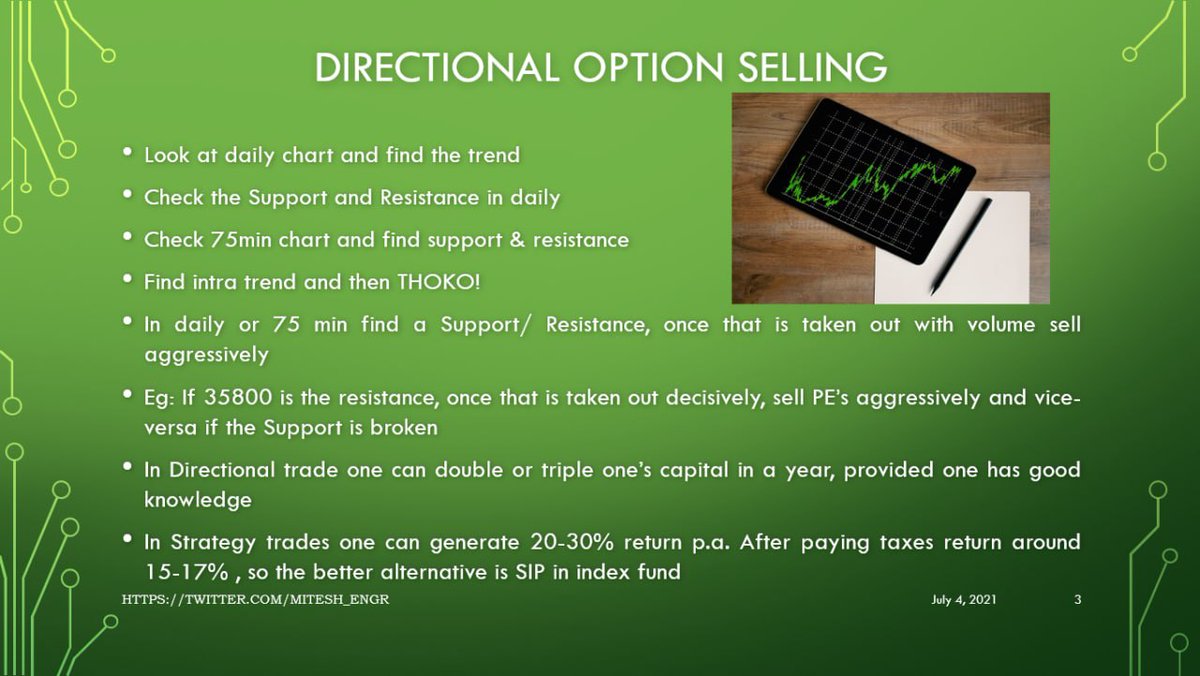 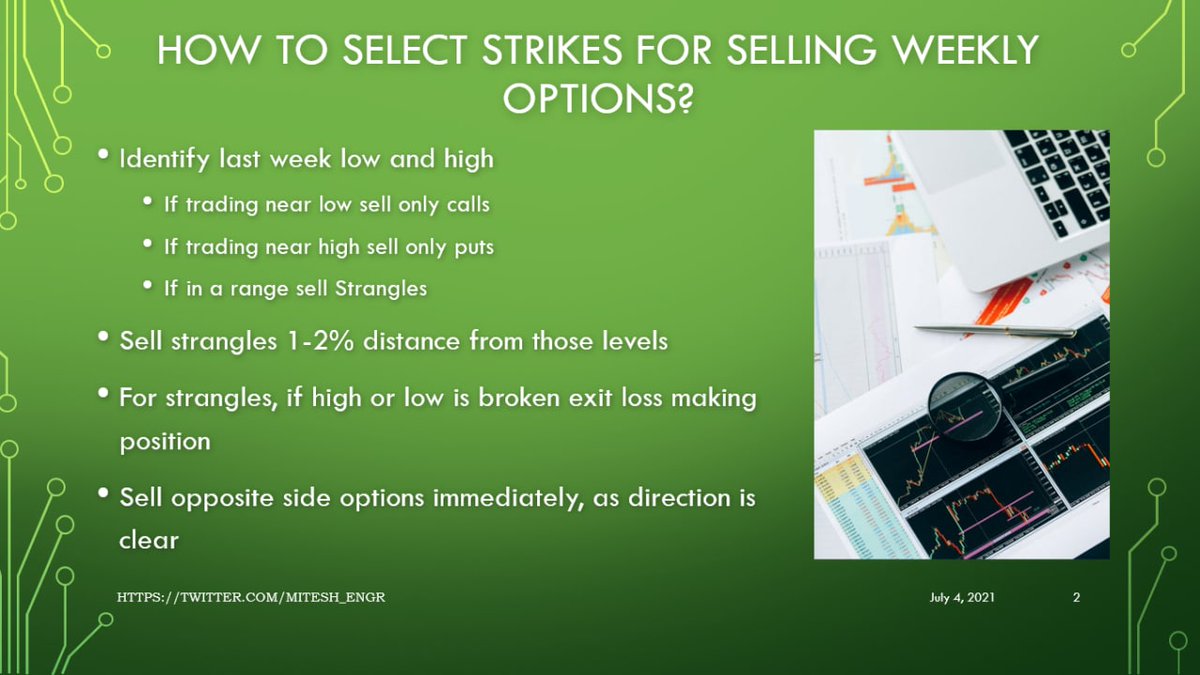 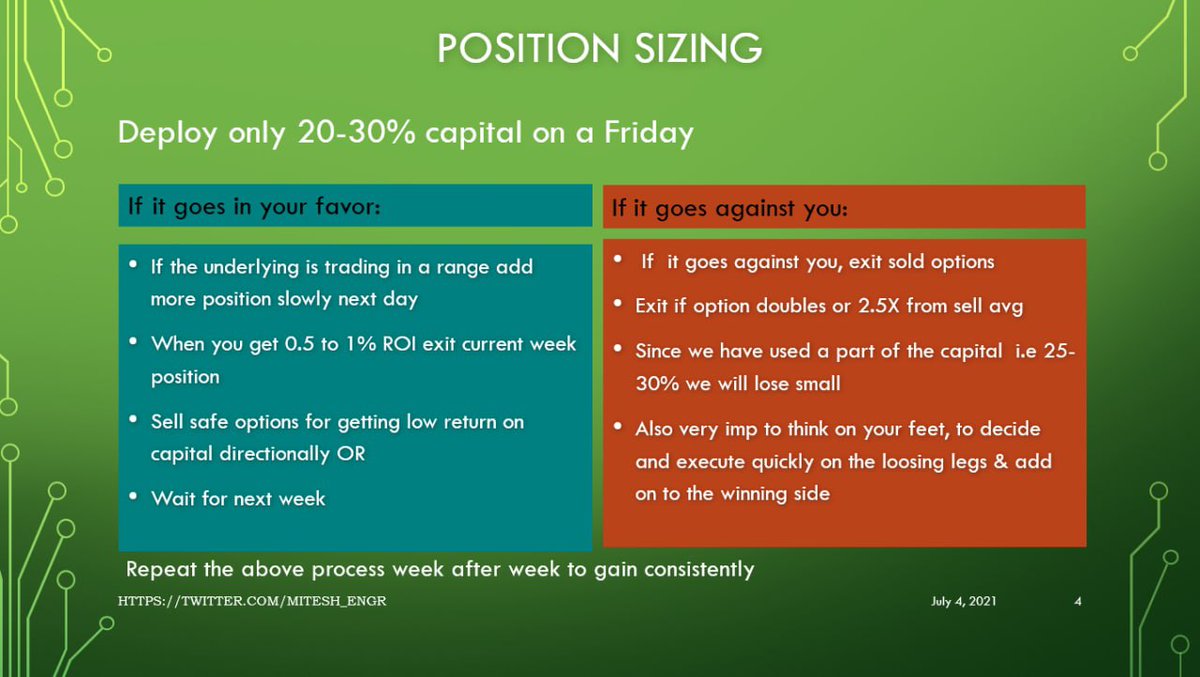 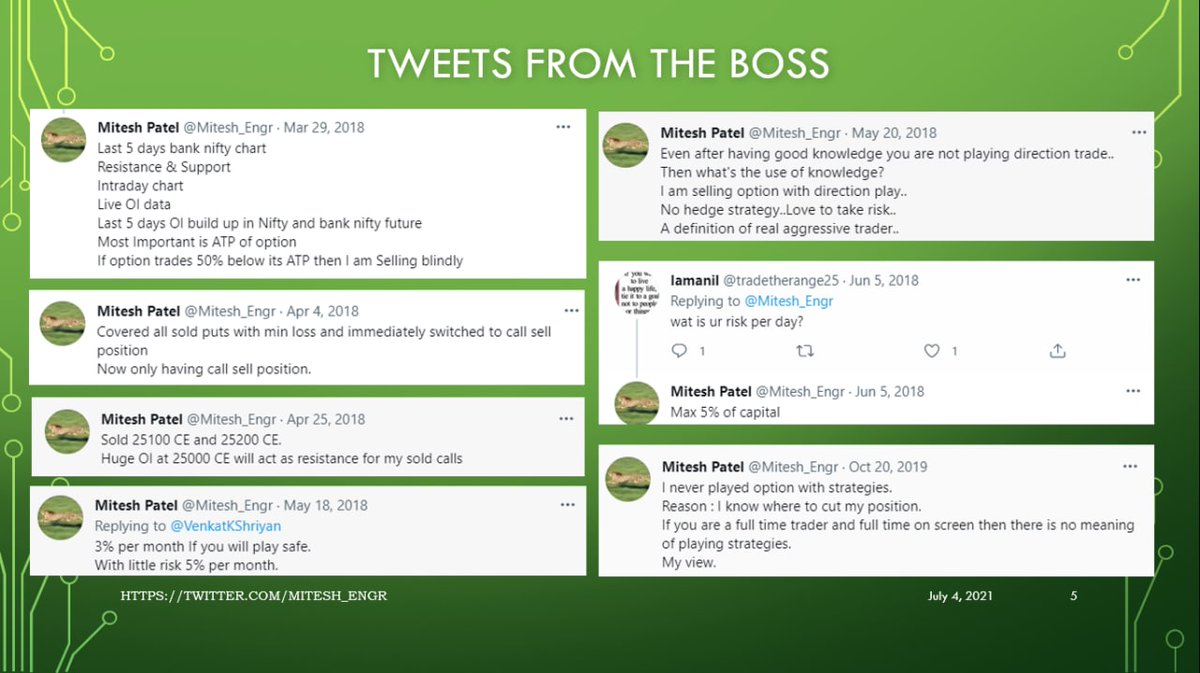 Forecast 432Hz
@Forecast432hz
Breaking Thread: D5 MEMORY LANE & OUTLOOK
In this thread we will cover the different meanings behind D5 and what the near term might have in store for us.

investigations were wiped clean (postponed) given a STATE FUNERAL takes up media coverage for a week? Why does the FAKE NEWS media [largest in the world] continually attack 'Q'? Why is the WASH POST leading the attack? Think ABC agency. When you are awake you can SEE CLEARLY.

My take: DS tried to cover up Huber BOOM via Funeral Date, but they didn’t realise D5 meant something else…👇
CRIME