An interesting set of games that I've been vaguely interested in since I was a kid, after seeing one at a friend's house and never being able to find it again, was the BATTLES IN A DISTANT DESERT/BATTLES ON DISTANT PLANETS series. 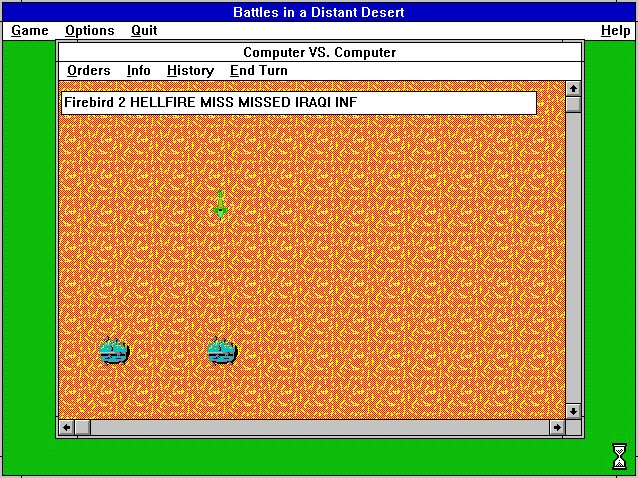 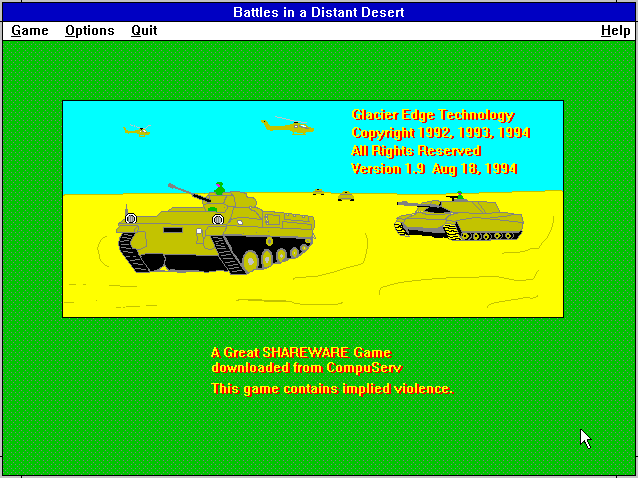 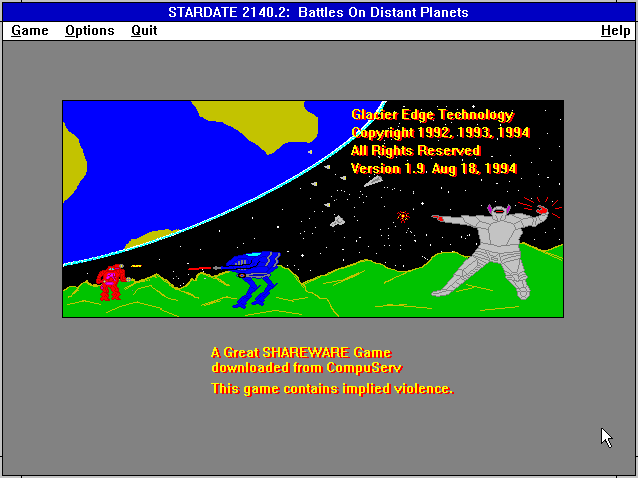 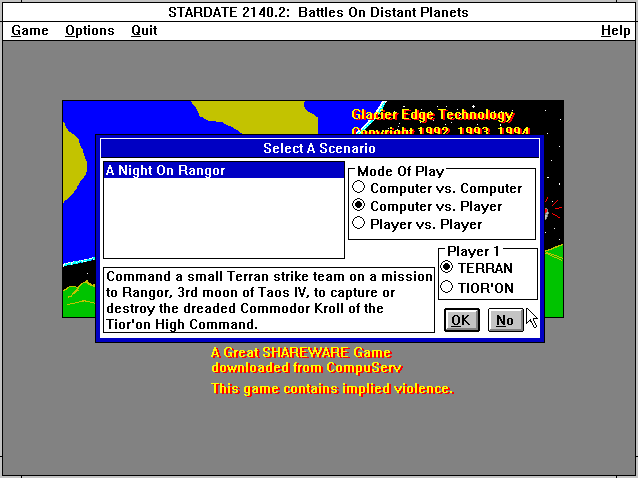 They also did a DOS strategy game called "STARDATE 2140.2: GALACTIC CONQUEST" in 1990, but it seems to be lost.
All the games share an experimental AI system based on neural networks.
There's also CRUSADE IN SPACE from 1993, which is on the internet archive but doesn't seem to work:
https://t.co/LsXXGlcxTD 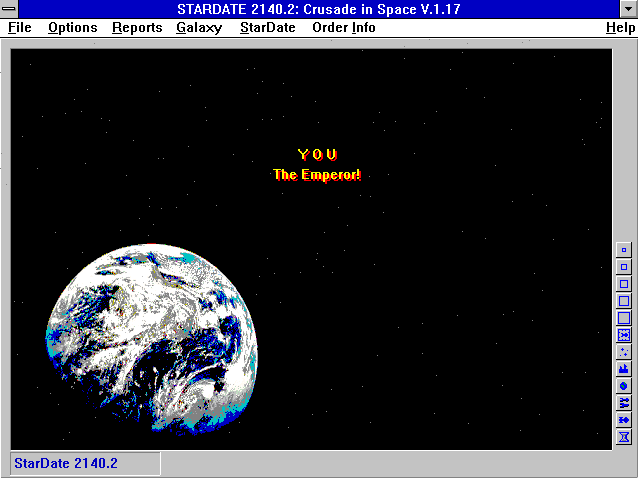 There's WORLD WAR II BATTLES: NORMANDY from 1994, (which seems to be lost but I have some leads, so I'll keep looking), and finally LANDS OF SWORDS AND SORCERY, which was in development in 1995 but then halted so it could be revamped for Windows 95 (which never happened)
So those are the six shareware games from Glacier Edge:
Three we have, two missing, one incomplete and never released.
But who was Glacier Edge?
They were basically one person: Eric Dysband, of Glendale, CO. He was a freelance AI consultant working on a bunch of games. 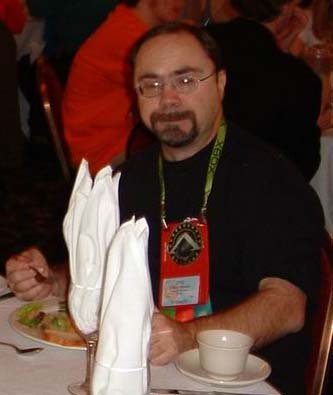 He was a playtester on The Perfect General (1991) by White Wolf Productions.
and the lead developer on Enemy Nations (1996) by Windward Studios. 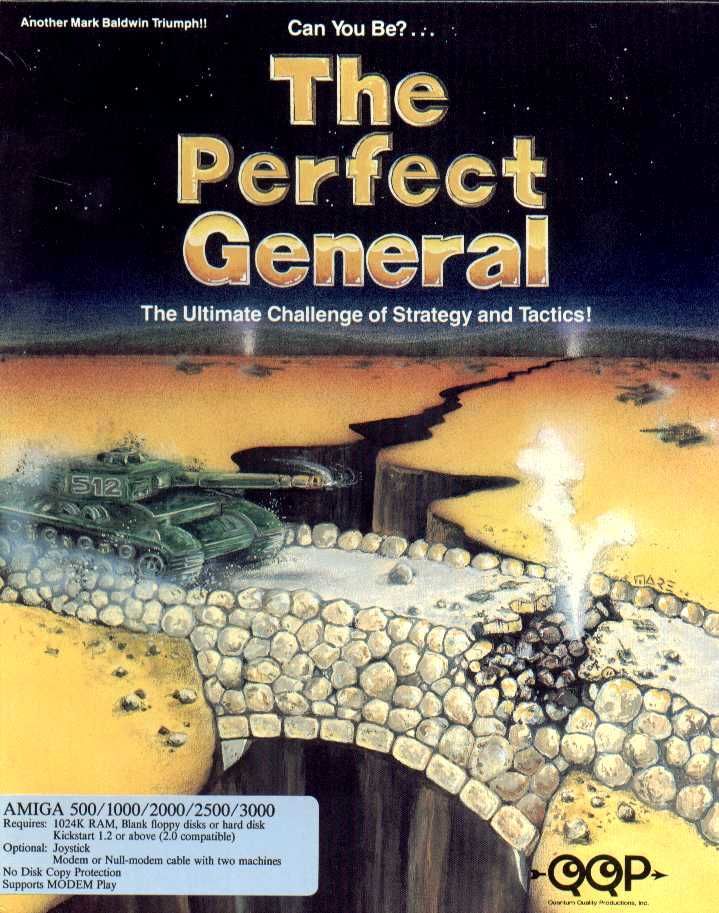 He programmed The War in Heaven (1999), a Christian FPS from Eternal Warriors/ValuSoft.
He was the AI programmer for NHRA Drag Racing 2 (2000) 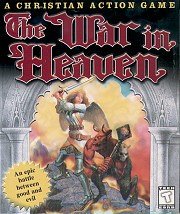 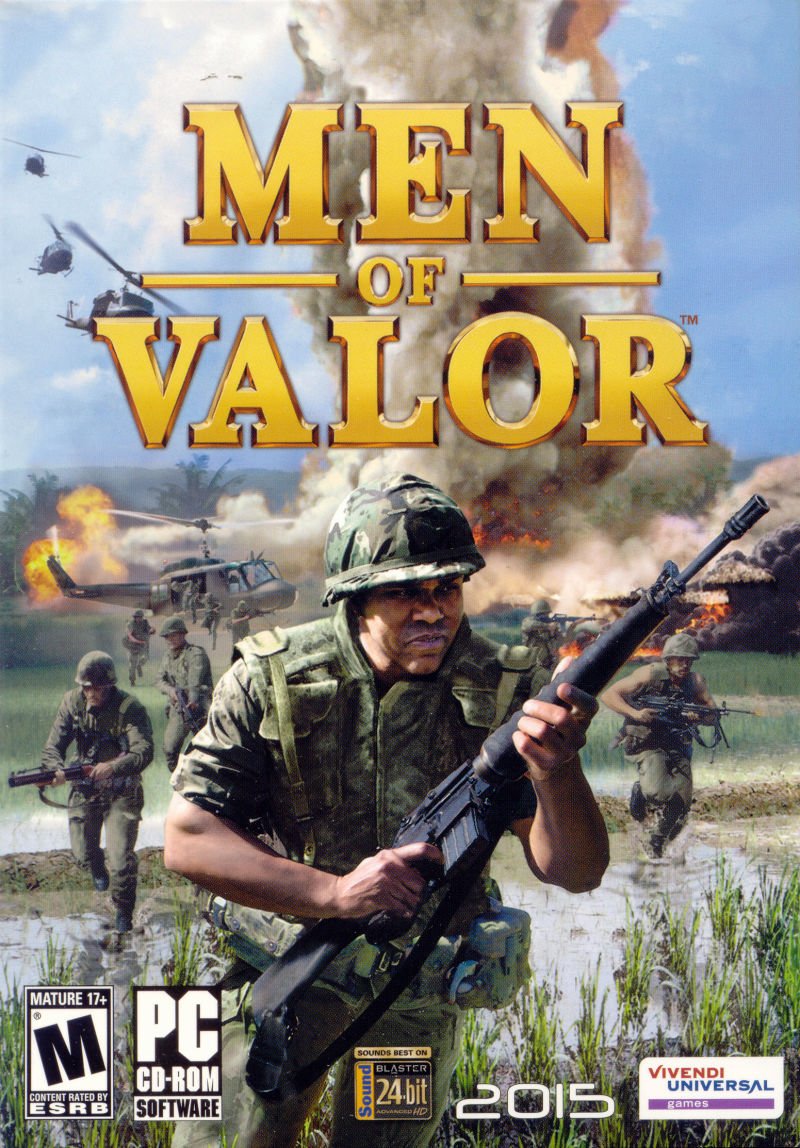 He also worked on the AI for Rebel Moon Revolution, which was supposed to be the third game in the Rebel Moon series, which was canceled before release. 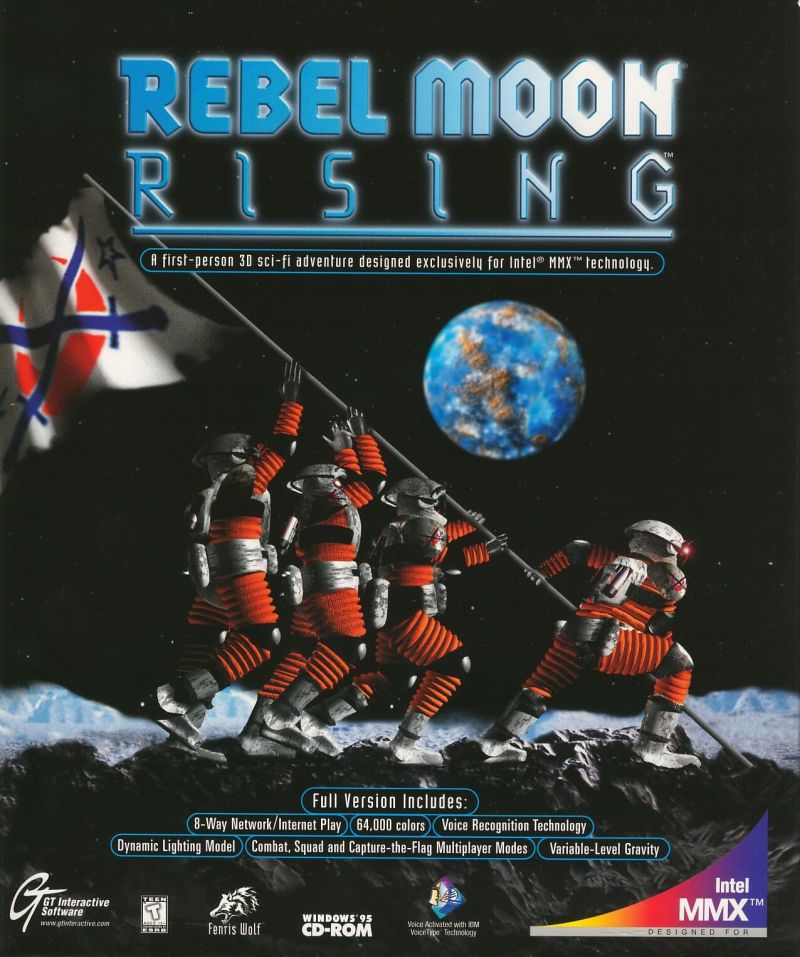 There is footage from the demo version, showing the squad-based combat it was going to use.
It turns out the engine for War in Heaven is the same as Rebel Moon Revolution, too.
https://t.co/wbyeSOYZ0j
A correction: I misread what he was saying on Usenet, his games were trying to do AI WITHOUT a neural-network based approach.
He also made some commercial games under the Glacier Edge name:
PARACHUTES AT KANEV (1987) was a DOS wargame based on the Kanev board game, under contract for World Wide Wargames.
He also wrote a series of articles for Gamasutra on AI middleware:
https://t.co/i5lDxELoNb

I don't know why twitter is refusing to insert a card for this one. In any case, It's the @LockPickingLwyr, and it's a floppy-drive-lock. 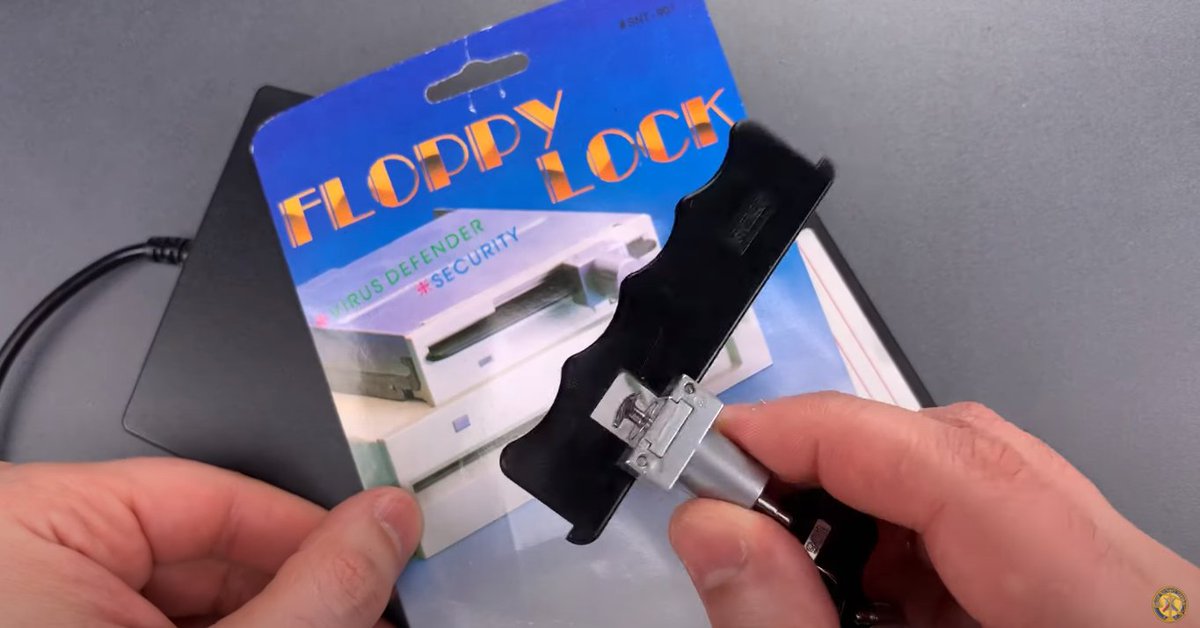 so I've been meaning to do a video or thread on these sorts of locks myself. I have several, of different designs.

generally they're all designed vaguely like this one: it's a plastic insert that goes into the floppy drive, then it has some bit that rotates with the key to hold itself inside.

and they pretty much universally use super-cheap low-security tubular locks like this. You can probably pick most of them with a ballpoint pen
TECH

foone
@Foone
this game definitely didn't have any problems in localization 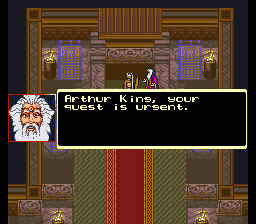 ahh yes, I remember when my father went off to look for the dragon
(Brain Lord by Enix) 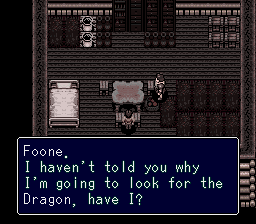 I'm just looking through SNES RPGs for ones that'd be good for the generator.
This is Arcana. 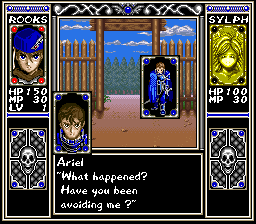 The pouch is empty!
This is Brandish 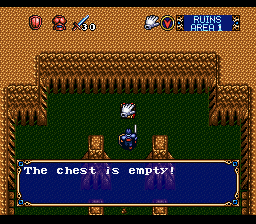 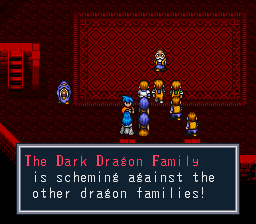 foone
@Foone
I was todays years old when I learned that Final Fantasy VII's Midgar Zolom is an exceptionally badly translated reference to Jörmungandr, the world serpent from Norse mythology. 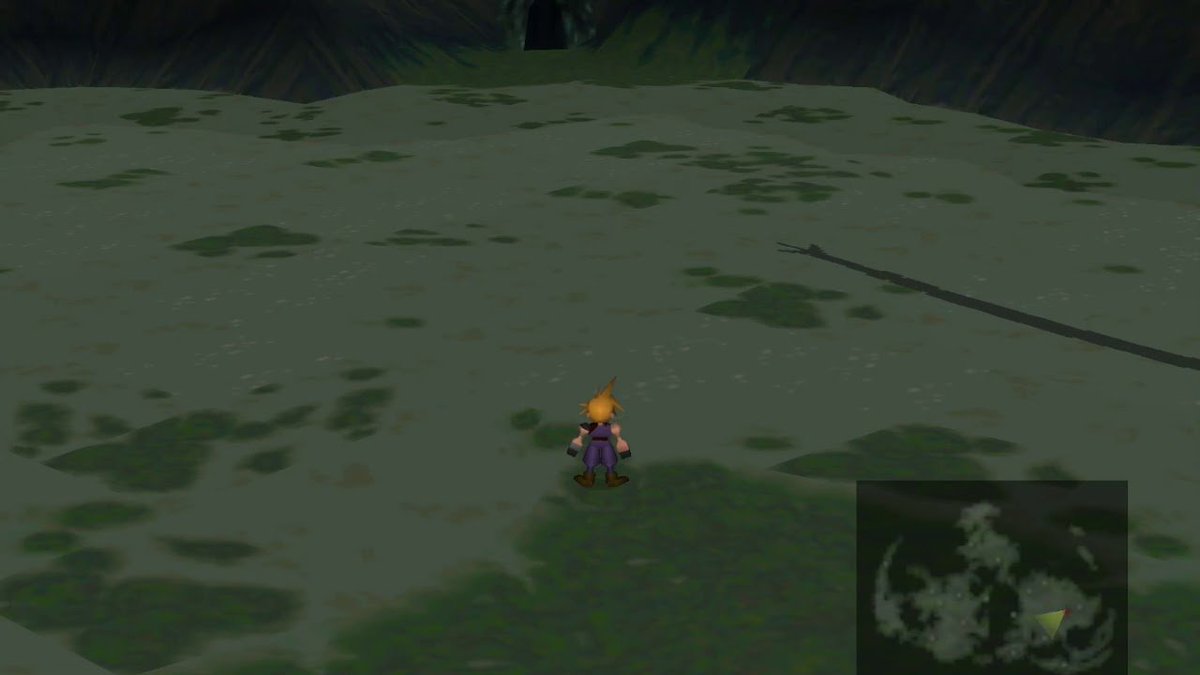 The other name for Jörmungandr is Miðgarðsormr, which got rendered into katakana as ミドガルズオルム, or "Midogaruzuorumu".
But when it was translated back into English, the translator didn't get the reference.

So they split that into the city name Midgar and the rest as... "Zolom".
Which is not a word.

It was supposed to be a bit of a pun in Japanese. Midgar, the big city in FF7, is named after Midgard, the Old Norse name for the Earth (as opposed to the other realms of the Nine Worlds)

so obviously a big snake living near the city of Midgar would be the Miðgarðsormr, since that basically translate as "Midgard Serpent"

foone
@Foone
does bubble memory count as solid state?
I guess? I mean, it has no moving parts. but it requires preheating and involves movement of magnetic fields across a surface...

it's kinda like a traditional hard drive where you don't spin the disc, you just trick all the bits to migrate off the edge

who called it "bubble memory" and not "lemming bits"

(obligatory "the idea that disney invented that urban legend it itself an urban legend, they just helped popularize it")
TECH 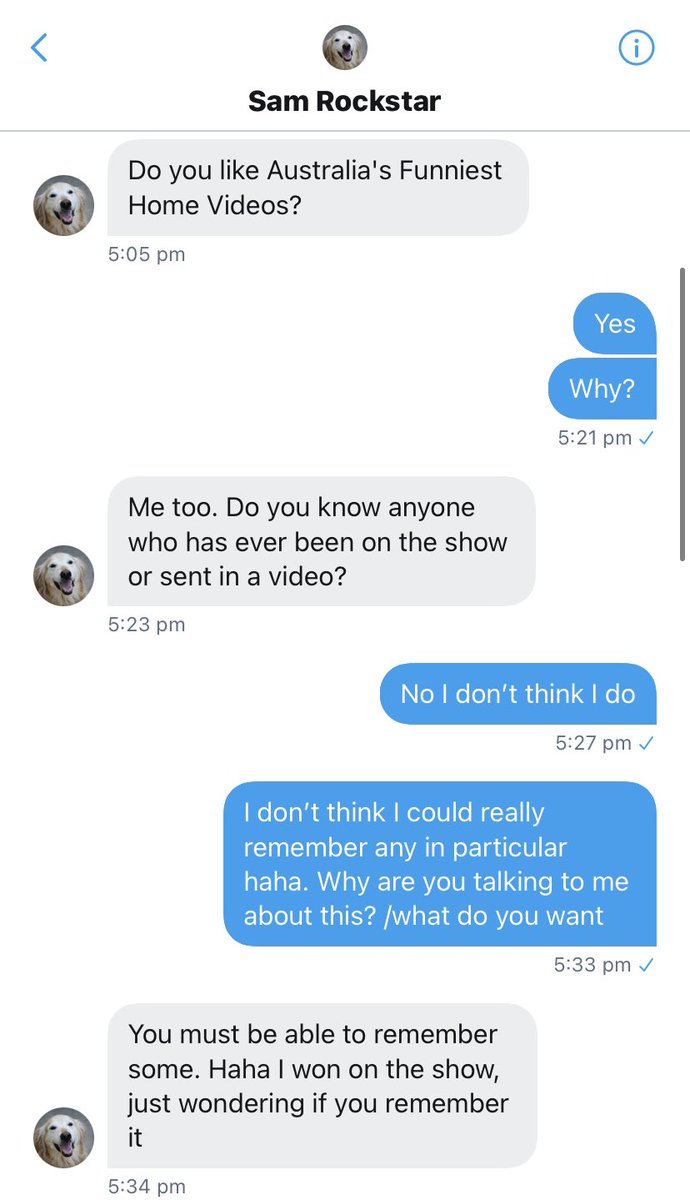 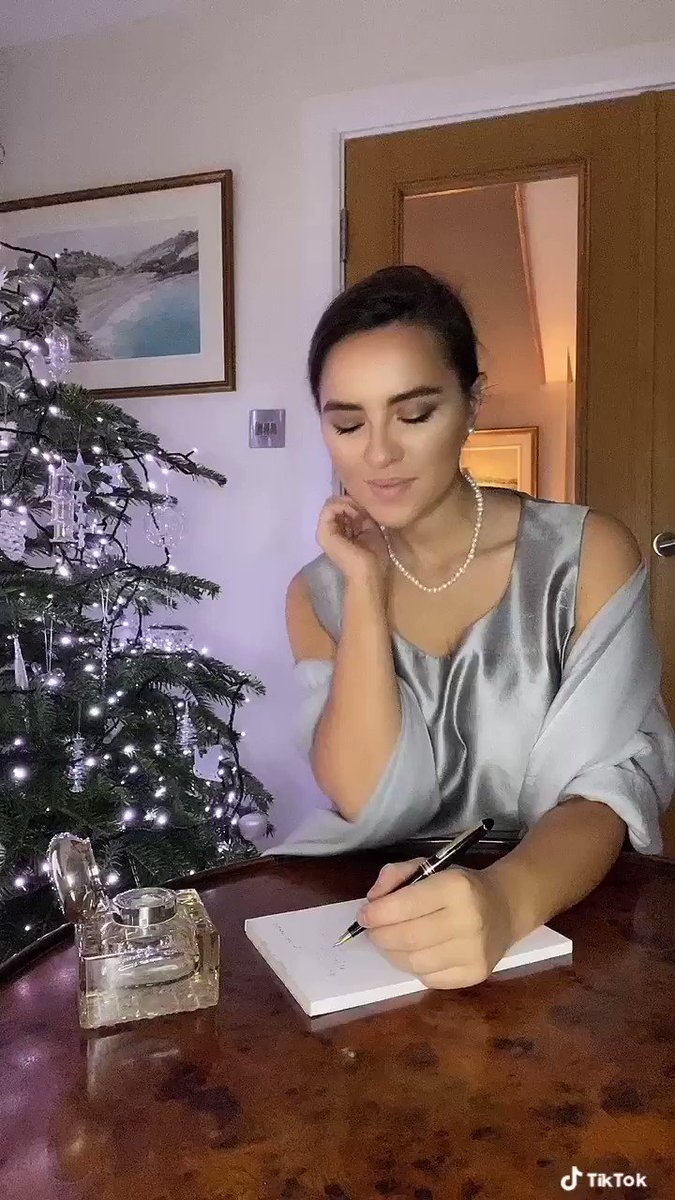 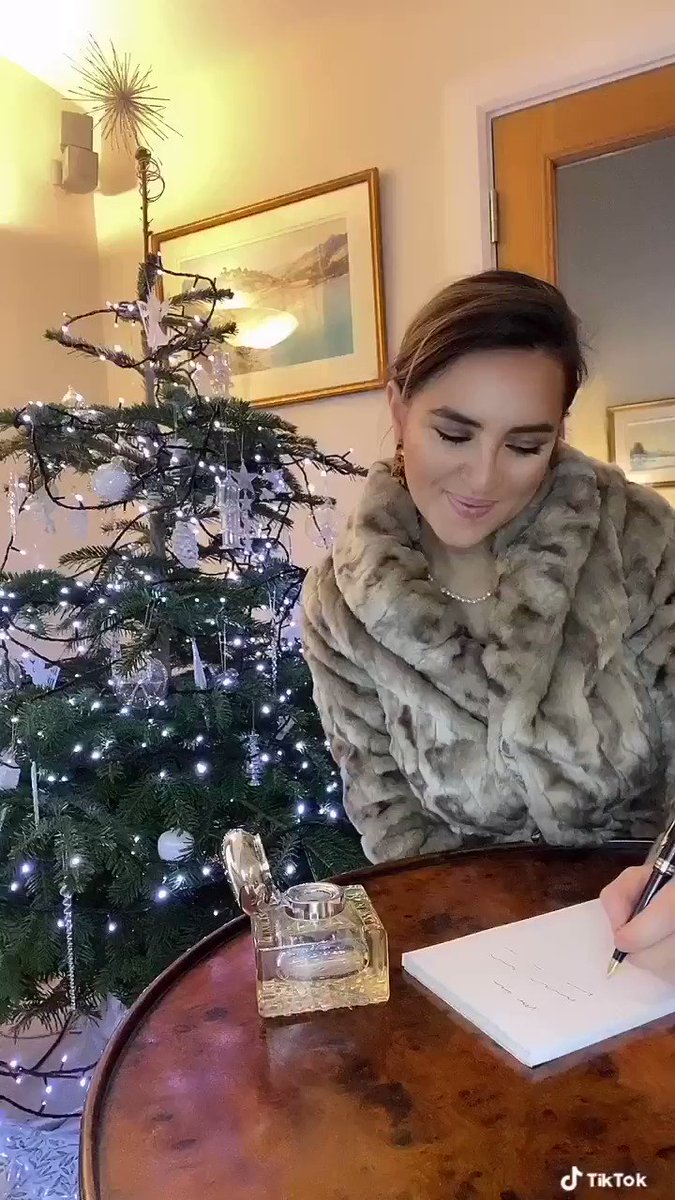 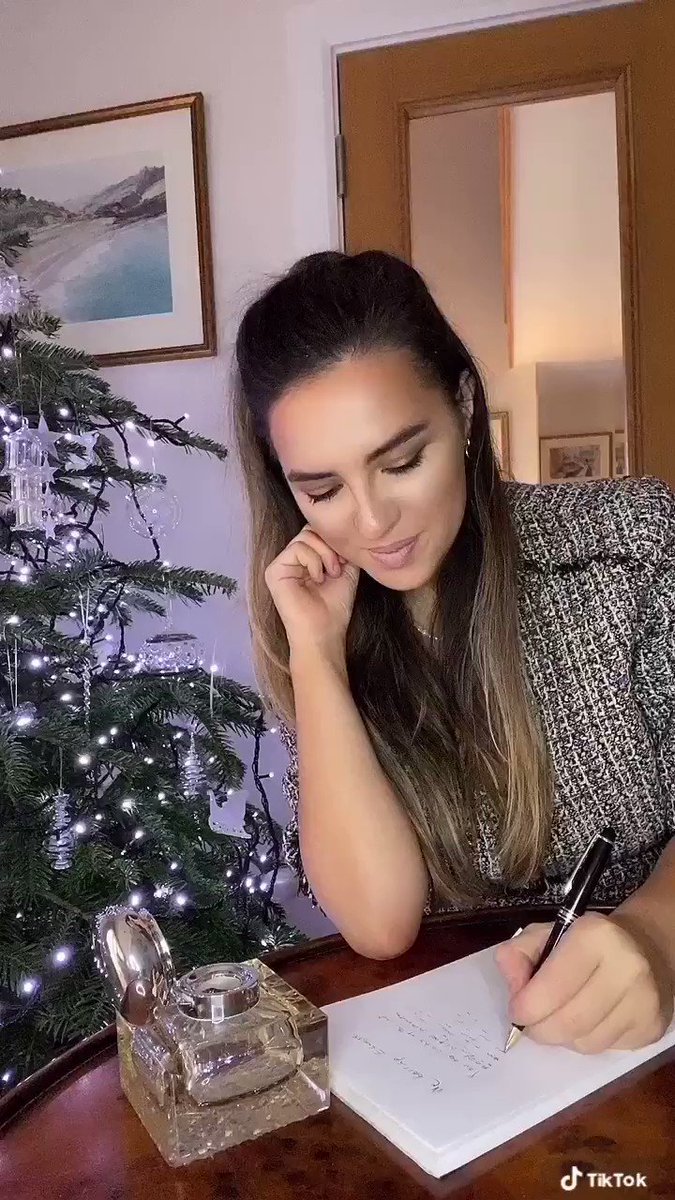 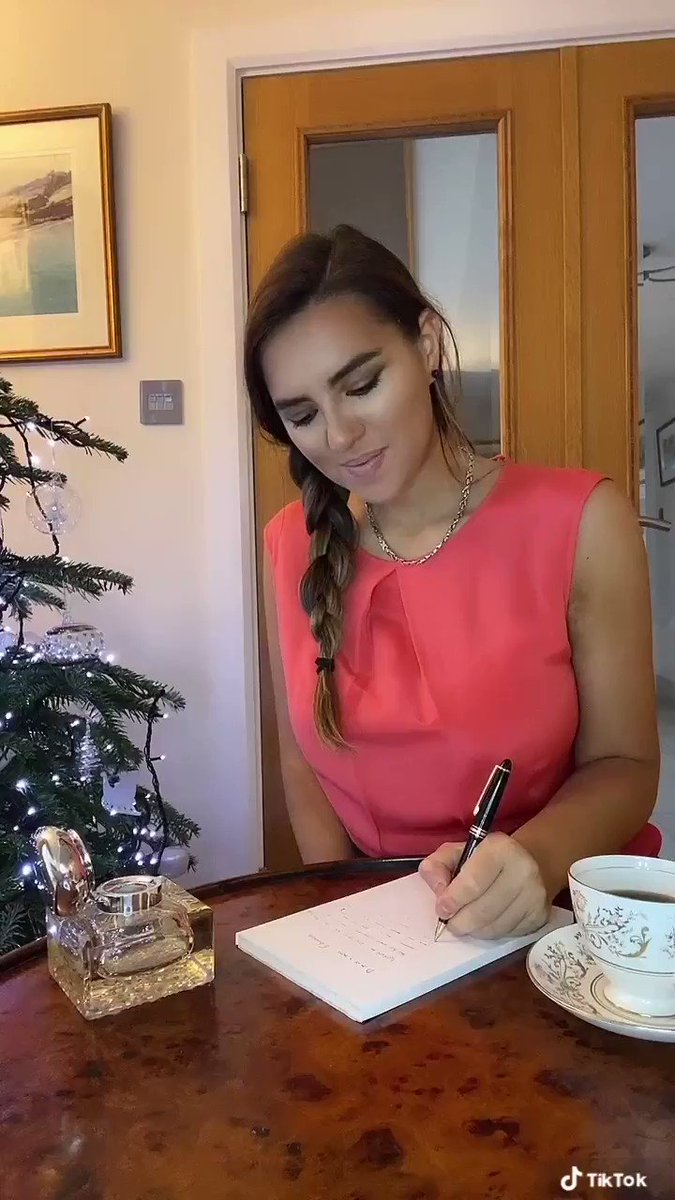 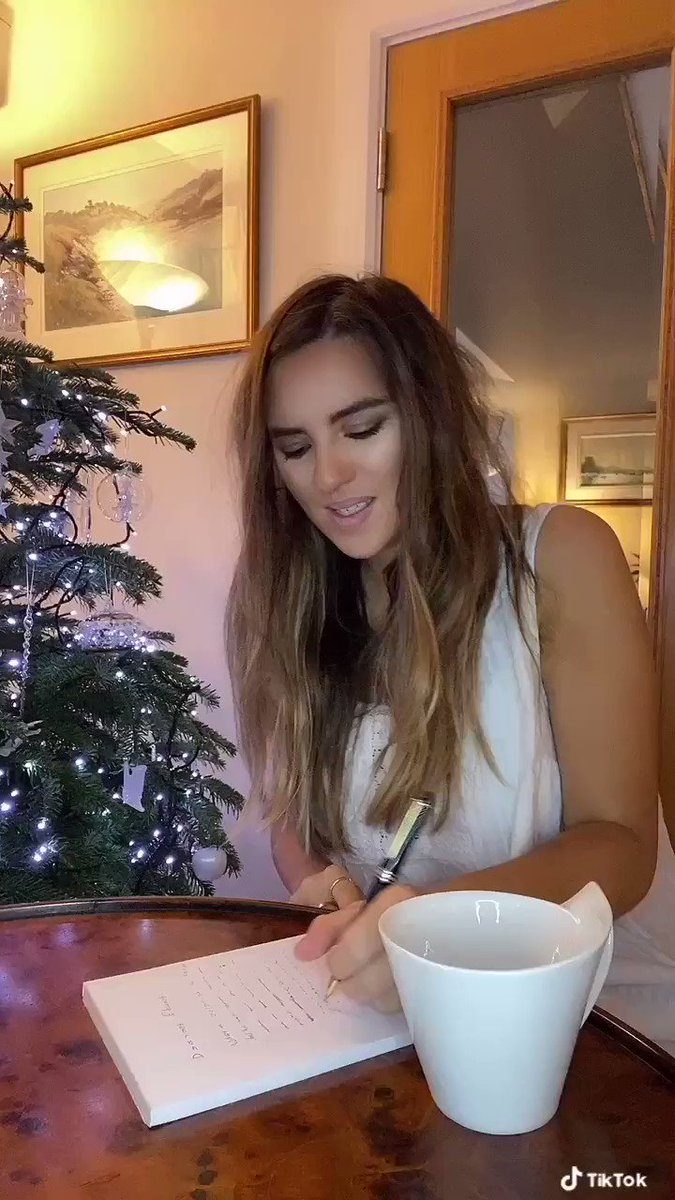 But did you know that there are only 10 seconds left in it??

Andrew Barry 🦁...
@Bazzaruto
In the spirit of @threadapalooza, here are all my tweets on building courses, all in one place with 1 line summaries

Everything I know about how to create a transformational online course

1/ The thread that started it all, a collection of my essays and checklists on the

Do you have an online course?

I want to tell you a little about learning architecture.

My agency partners with content experts to help them create courses, and I've written extensively about it.

If you want to learn about educational design, here's a start \U0001f447

As my friend @BillyBroas pointed out to me last week: online courses are moving upmarket.

What does this mean if you want to create an online course these days?

Think of it in two stages

4/ Great online courses are not about the transfer of knowledge

They're about the transformation of students 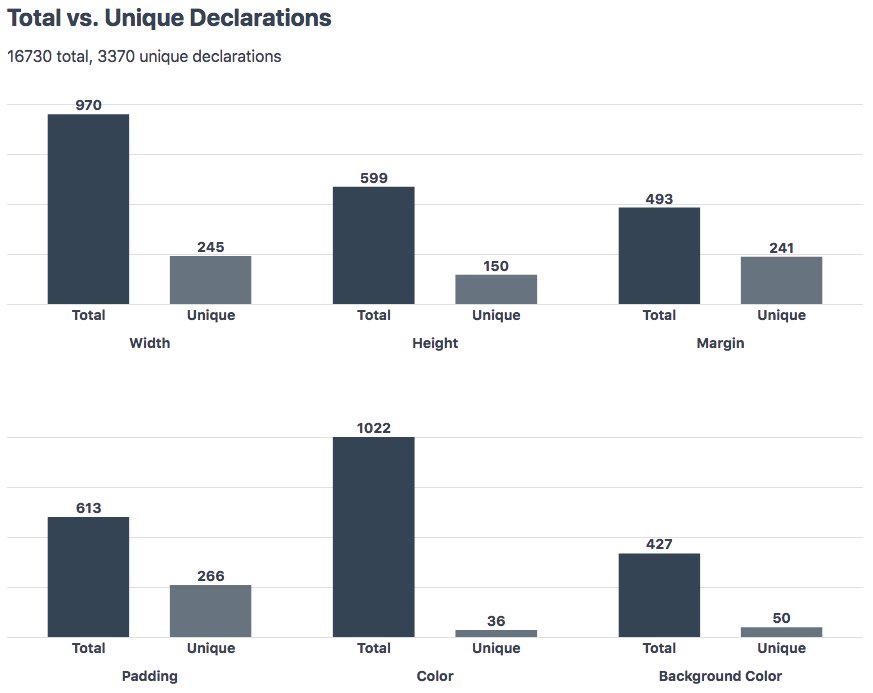 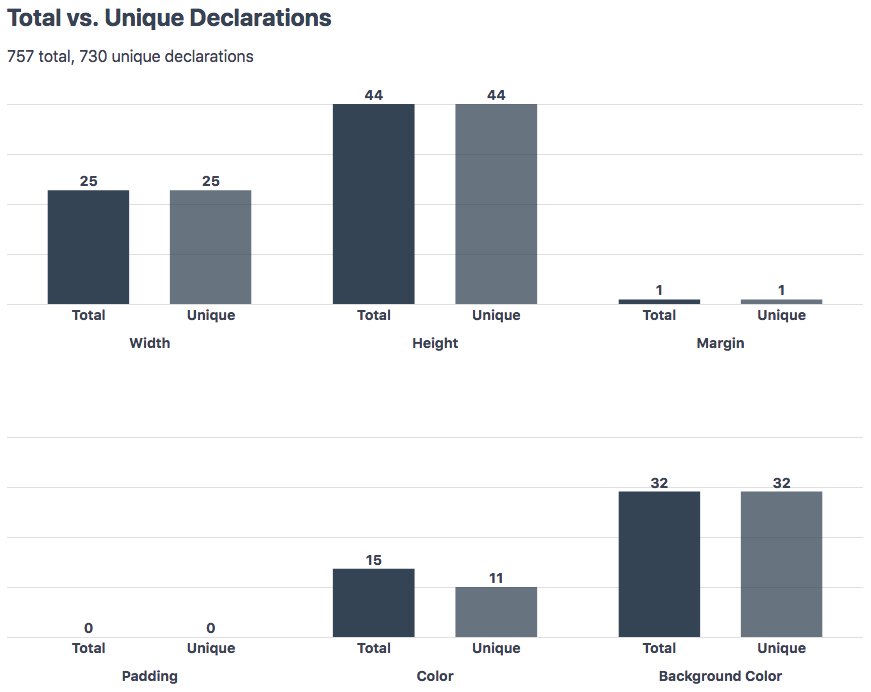 The PWA's CSS is generated on-demand by a JS framework that manages styles and outputs "atomic CSS". The framework can enforce strict constraints and perform optimisations, which is why the CSS is so much smaller and safer. Style conflicts and unbounded CSS growth are avoided. 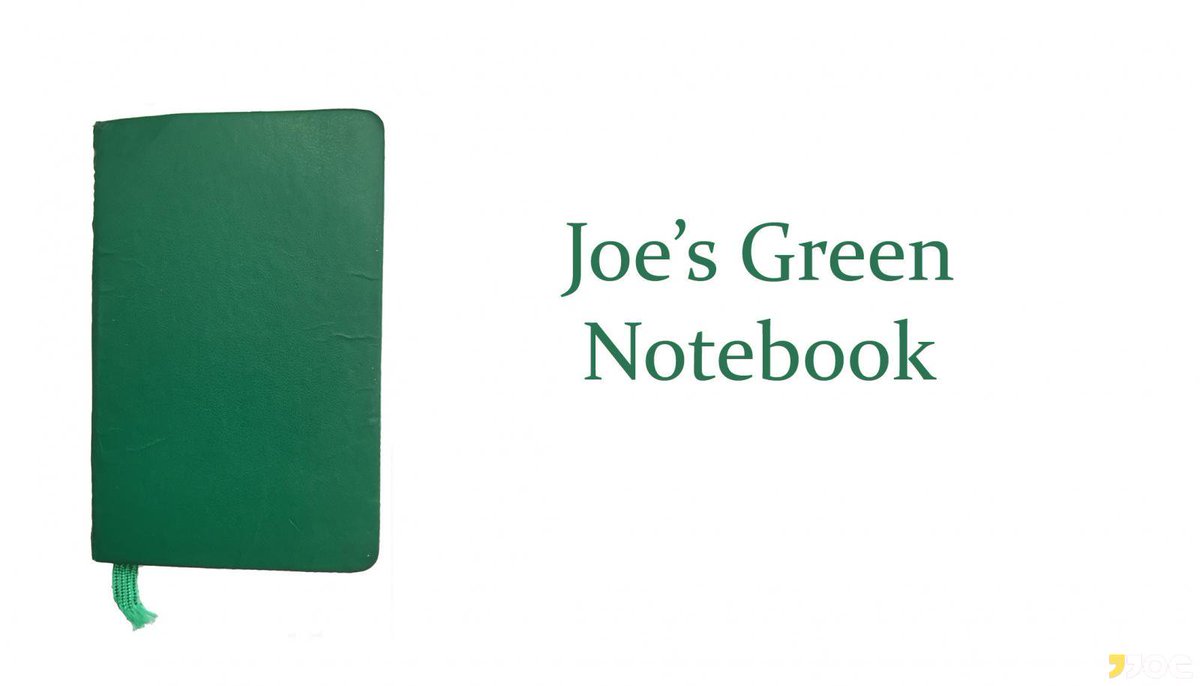 Morgan
@morganknutson
Now that Google+ has been shuttered, I should air my dirty laundry on how awful the project and exec team was.

I'm still pissed about the bait and switch they pulled by telling me I'd be working on Chrome, then putting me on this god forsaken piece of shit on day one.

This will be a super slow burn that goes back many years. I’ll continue to add to over the next couple of days. I’ll preface it with a bunch of backstory and explain what I had left behind, which made me more unhappy about the culture I had come into.

I spent most of my early career working for two radical sister non-profit orgs. I was the only designer working on
anywhere from 4-5 different products at the same time. All centered around activism and used by millions of people.

It’s how I cut my teeth. Learned to be the designer that I am today. Most importantly, the people I worked for are imho some of the greatest people on the planet. Highly intelligent, empathetic, caring, and true role models for a young me. I adore them.

You might not know who they are, but if you’re reading this then you have definitely seen their work. Maybe OpenCongress, or Miro, or maybe Amara which is Vimeo’s partner transcription service. Definitely Fight for the Future, our internet defenders, which was shortly after me.

A recent video of Shoaid Akhter surfaced in social media creating a lot of controversy where the #Pakistani Cricketer can be seen suggesting invasion of India by using the term Ghazwa-e-Hind.
Radicalization of sportsmen seen off late
(1/10) 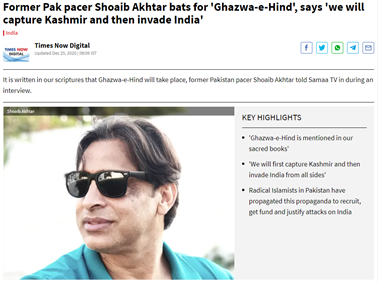 Some radical Islamic preachers believes that Ghazwa-e-Hind means a “Holy War against India”. As per this irrational & profane concept, there will be a fierce battle to secure victory over #India.
#Kashmir
(2/10) 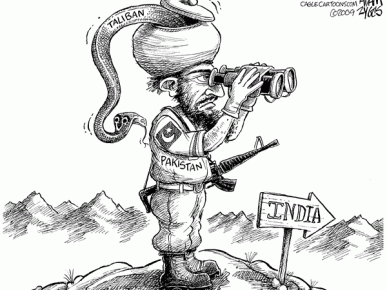 #Pakistan-based terror groups, like JeM have been using Ghazwa-e-Hind as a Hadith to recruit, fund and justify its terror strikes as a religious holy war against #India.
#Kashmir
(3/10) 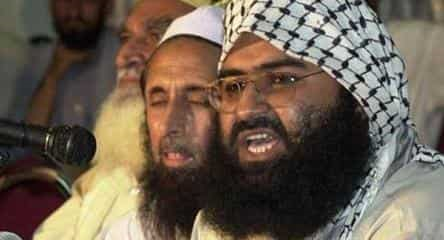 Some machiavellian people claim it is a prophecy that Muslim warriors will wage war against the #India.
Jaish & others falsely propagate that Jihad against India is considered holy in Islam & that those participating in it will be granted an easy entry into paradise.
(4/10) 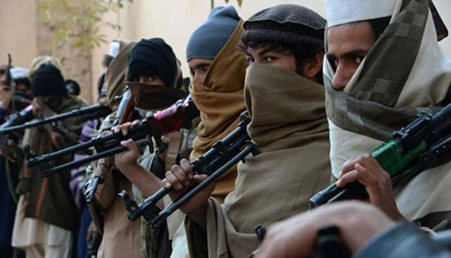 However prolific scholars says that this is a made-up interpretation of some verse in The Holy Quran to mislead the gullible youth of #Pakistan into picking up arms and fighting its Army's personal battle against #India.
#Kashmir
(5/10)