BC LIFE
Saved by @CodyyyGardner

1. Friends Of The Great Planet!

We Gather With You In These Moments To Unveil All Darkness Hidden And Shine Light Brighter Than Ever! As You Observe The Lies Declared To Be Truth, You Will Begin To Notice That Truth Cannot Be Hidden! 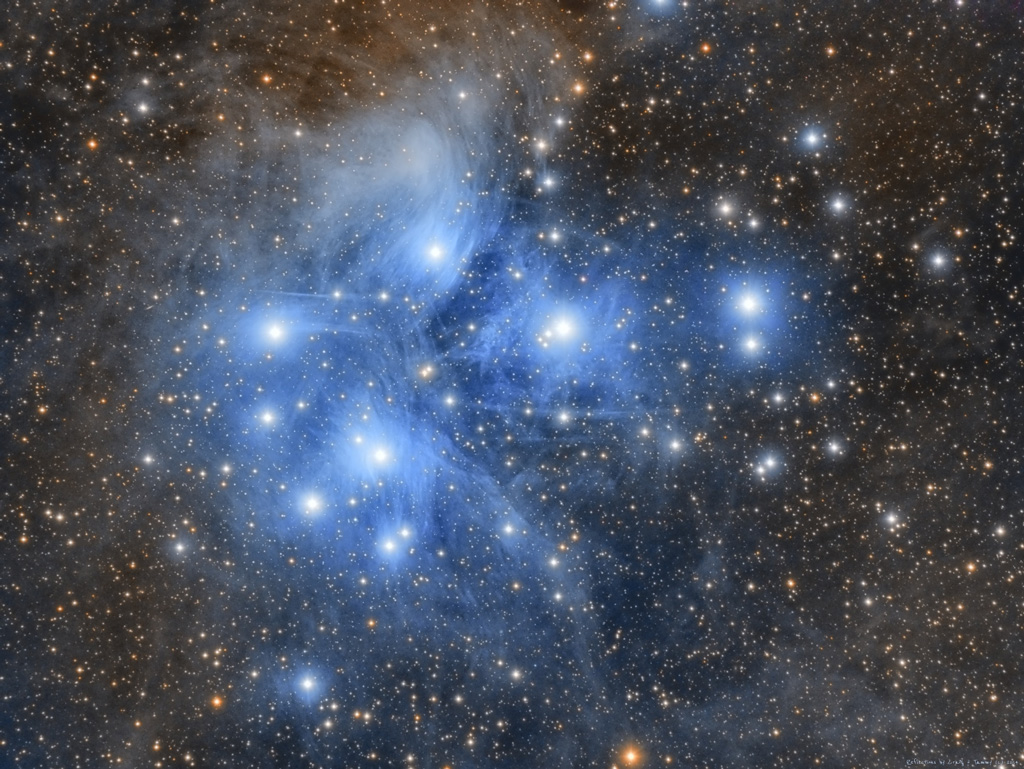 We Are Indeed Dancing In Light Together For The Grand March Of Unity. Many Friends Are On The Ground And Watching From Crafts As The Planet Takes A Stand For Truth And Freedom!
LIFE

1. Friends Of The Great Planet Earth!

Everything You Seek Is Already Within You!  Each Waking Dream Has False Teachings That  Say There Is A Special Place 'Out There' In The Skies Where People Go That Follow A Certain Doctrine.

2. And Those Same Teachers Explain There Is A Place Of Torment For Others That Arrived On A Different Part Of The Planet And Were Taught A Different Doctrine.

There Is ONE Creator That Has Been Named By Many. It Would Be Loving To Honor And Respect Another's Beliefs,

3. As In Truth, Many Have Lived In Multiple Cultures With Many Beliefs That Now Are Judged! Incarnating Over And Over Is The Joy Of The Soul Experiencing Life! The Soul Fully Understands This Is A Human Experience.

4. Wouldn't It Be Much More Relaxing And Fun To Allow Others Their Freedom, Just As You Want Yours?  Yes Indeed!  Relax And Flow!

Since The Very Beginning Of Your Self-Awareness As An Incarnate Being, You Have Probed Your World For Clues To The Meaning Of Your Existence.

5. You Have Looked In Every Conceivable Crevice And Pondered The Vastness Of The Infinite Cosmos. You Have Scrutinized The Spiritual Wisdom That Was Forthcoming From Those Who Believed Themselves To Be Knowledgeable About Such Matters.
LIFE
Advertisement

Indeed You Are Perceiving Many Issues That Seem To Be Backwards And Upside Down To Your Way Of Thinking Logically!  You Have Never Observed Such Bizarre Behavior.

Perhaps All Reading This Deserve A Little Cheering Up!  We Send Love In High Vibrations To You As You Celebrate New Beginnings!  It Would Not Be Accurate To Extend A 'Happy New Year',
LIFE

I Share My Family Of Light With You!  I Now Communicate In The Sacred Essence Of ONE!

You Live Now In This Dream That Has Been Anticipated Since Your First Creative Experience!
LIFE

Sahil Lavingia
@shl
Something I wish everyone knew: the bar's not as high as you think.

You can get that job, meet that person, start that company.

But because you think the bar's so high, you won't even try. Which is what makes the bar so low!
LIFE

1. The 401k - the backbone savings vehicle of American retirement - did not exist until 1978. The Roth Ira was not born until 1998. If it were a person it would be barely old enough to drink

2. NYU professor Scott Galloway has a related idea that is so important to remember when judging success - both your own and others': "Nothing is as good or as bad as it seems."

3. Margin of safety - you can call it room for error or redundancy

4. "Every job looks easy when you're not the one doing it because the challenges faced by someone in the arena are often invisible to those in the crowd."

5. "The average equity fund investor underperformed the funds they invested in by half a percent per year, according to Morningstar - the result of buying and selling when they should have just bought and held."
LIFE
Advertisement

1/ Get more done by doing less. 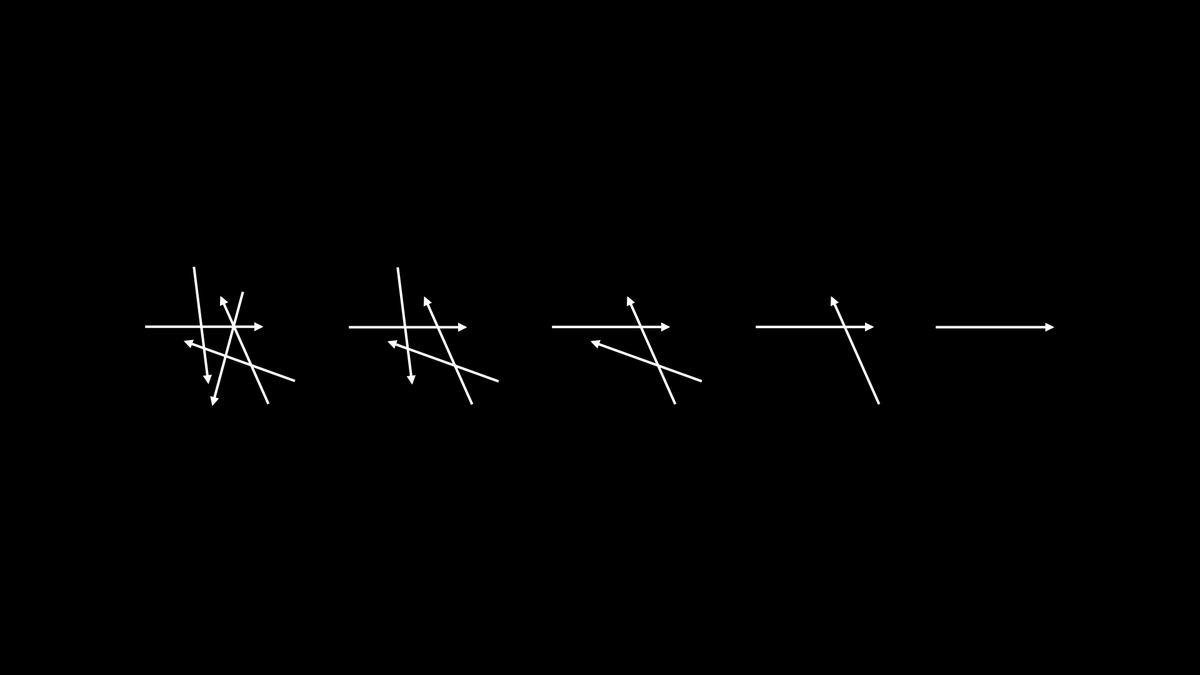 2/ You can't get better unless you get started. 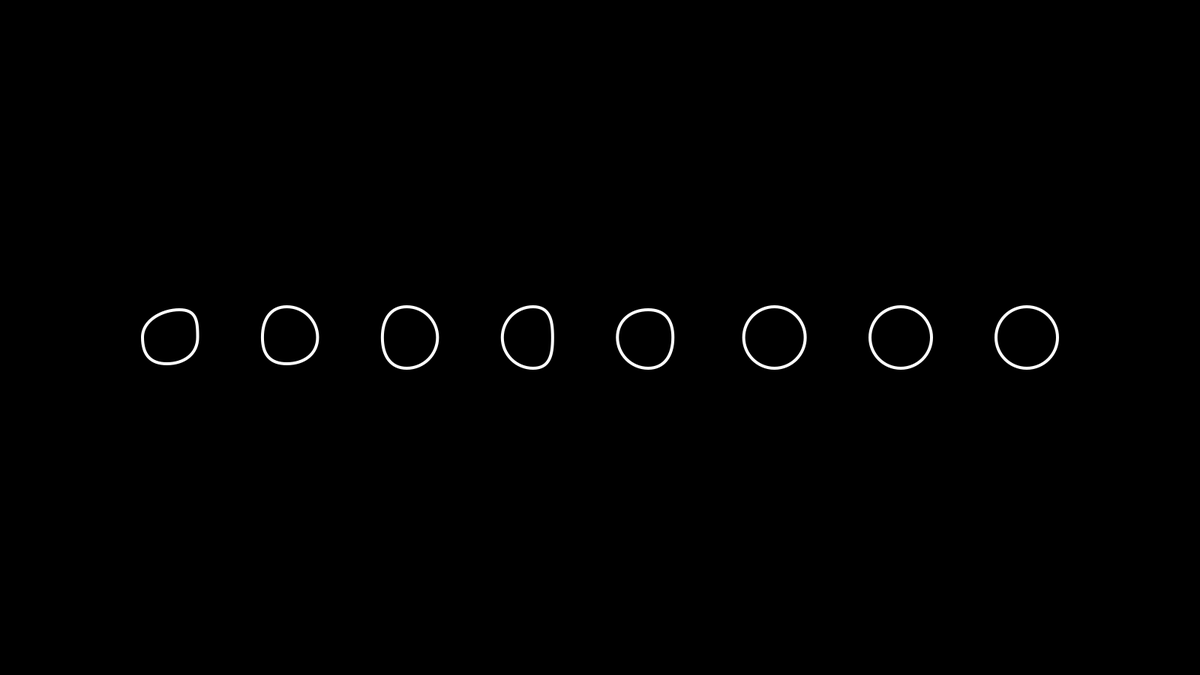 3/ Zoom out. It's getting better. (IP via @behaviorgap) 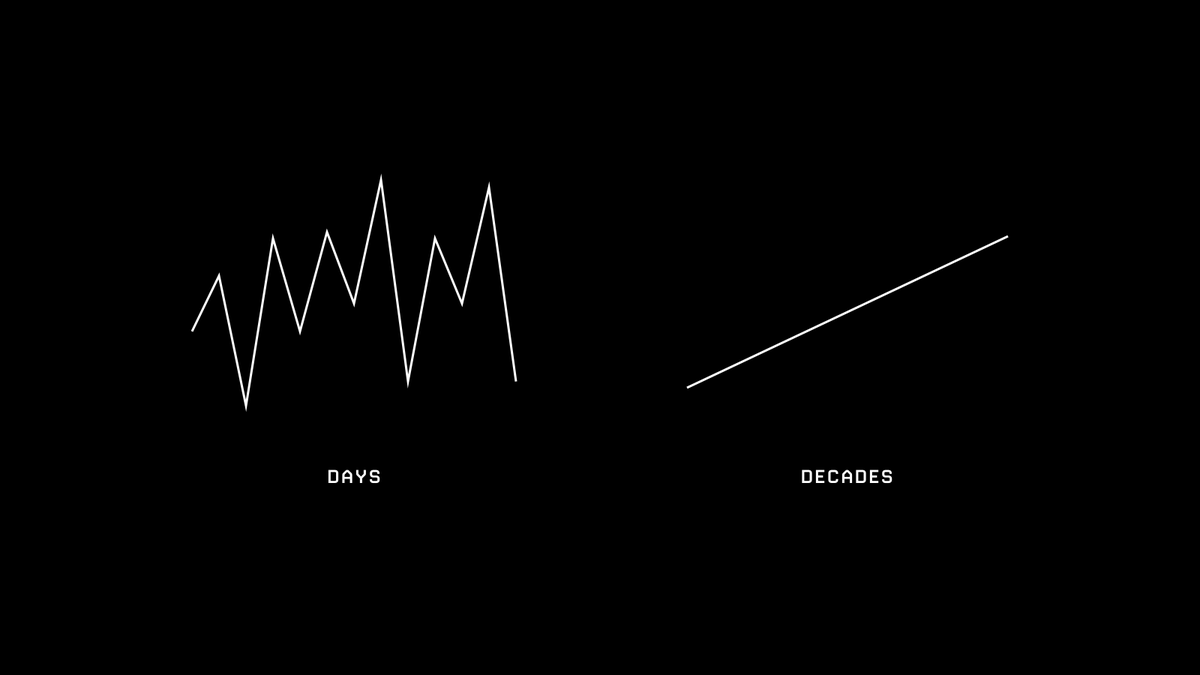 4/ 'Normal is an illusion. What is normal for the spider is chaos for the fly.' — Charles Addams 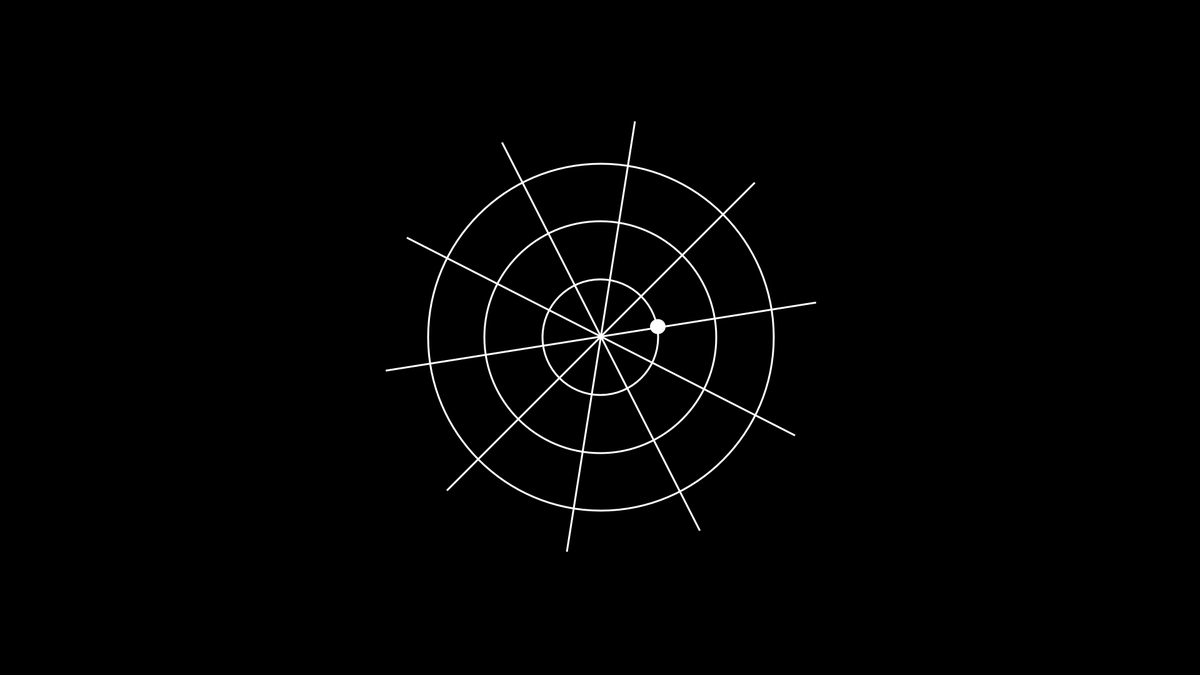 Vikas Saraswat
@VikasSaraswat
As people are sharing what they were doing as a 21 year old, here is a story I would like to share. I might never have shared this but for the shameless defence of violence, insurrection and treachery, crookedly citing compassion for youthfulness.

A classmate of mine was weak in studies. Would sometimes fail in all subjects. Had a tough childhood. From Std V onwards, he and his elder brother would sell ice water on cart (oldies will remember those steel carts) infront of a cinema hall for 25p per glass.

While asking for money, he would sometimes even get slapped by people barking "saale paani ke paise maangega". His elder brother, a sweet and shy boy, still in school, was killed in a rivalry by a local goon to "teach a lesson" to his father.

After the killing, the frightened family moved to Delhi. My friend couldn't pass XII std.His father who had always been mean and harsh with children continued to be so. One day he asked friend's mother to pack him a lunch and ordered his son not to return home till he found a job

For 4 days the boy returned without finding a job. Every night he would be thrashed. Fifth day the boy didnt return. He had taken refuge at Mama's place who was kind to him. But Maami extracted her pound of flesh. He did all the household chores and was last to be served meals.
LIFE

South Wales Police
@swpolice
There are a number of steps you can take to protect yourself from being tricked by the clever and manipulative criminals who carry out #RomanceFraud. 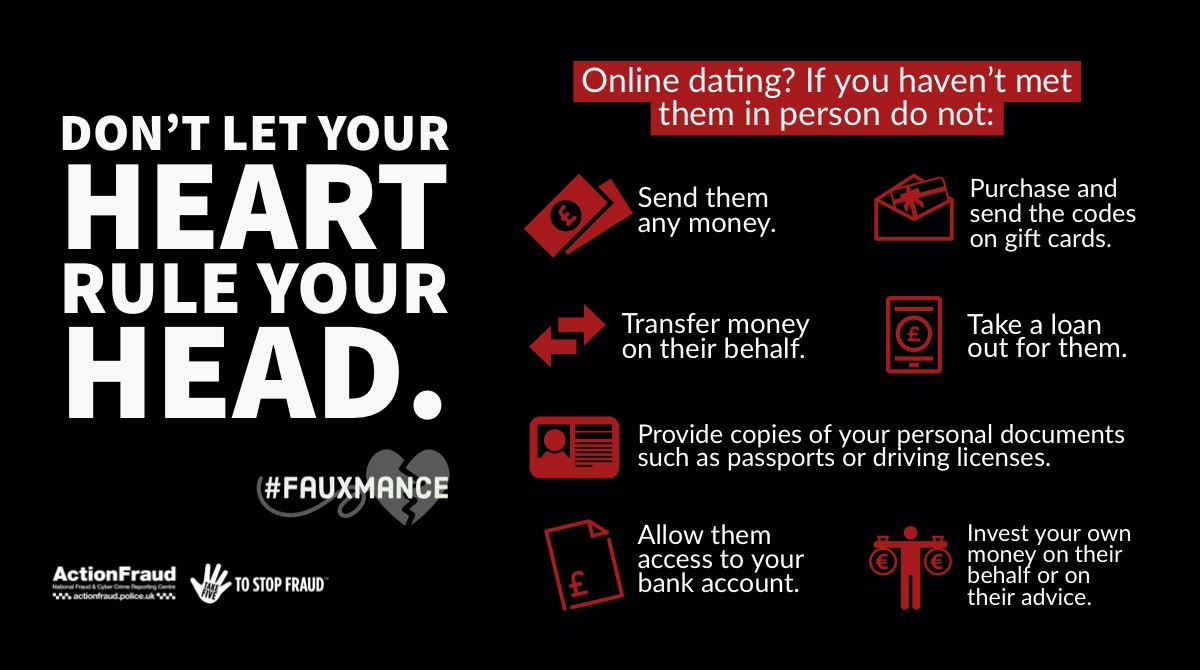 1⃣ Avoid giving away too many personal details when speaking online to someone who you’ve never met in person; this could lead to your identity being stolen.

2⃣ Stay on the platform’s messaging service until you meet in person. Criminals will want to quickly switch to other platforms that are less regulated and have better encryption, so there’s no evidence of them asking you for money.

3⃣ Whatever reason they may give to move away from the site where you met, consider – if they’re genuine, they'll accept your decision to stay on the platform until you meet in person.

4⃣ Most online platforms have a reporting tool. You can use this if you suspect someone online is using pictures that don’t belong to them, if you're suspicious of their behaviour, or if they ask you for money.
LIFE 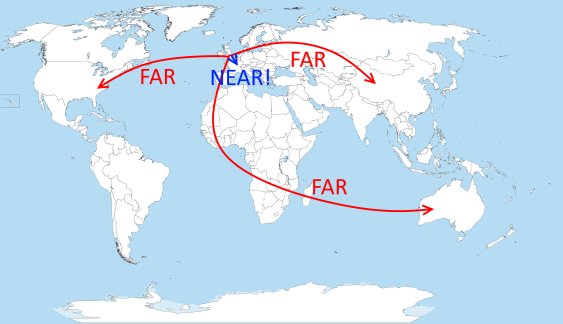 They have short *consideration spans:* they must be hooked quickly.

In observing friends who’ve sold startups and made millions:

After a year, they’re back to toying with their old side projects.

They used their money to buy a nice home and eat well.

That’s it. They’re otherwise back to who they were.

Point: Aim to be fulfilled, not rich.

Reading many books is the most socially accepted vanity metric for adults.

You get zero kudos for reading 100 books a year.

You get massive kudos for learning efficiently and making interesting things.

I read for insights. And no writer can generate profound insights on a fixed schedule.

I aggregate writers who publish sporadically. When they post, they truly have something to say.

Novid Houellebecq (Tha...
@GarouGothic
I want to explain what happened to tumblr overnight. And why Twitter as reached it's dream (or have come ever so close to it)