BC WORLD
Saved by @Mollyycolllinss

1)
#Iran’s regime has a network of apologists/lobbyists in the US influencing foreign policymakers.

Kaveh Afrasiabi was recently arrested for acting as an agent of #Iran's regime.
https://t.co/fJq6jRtBha 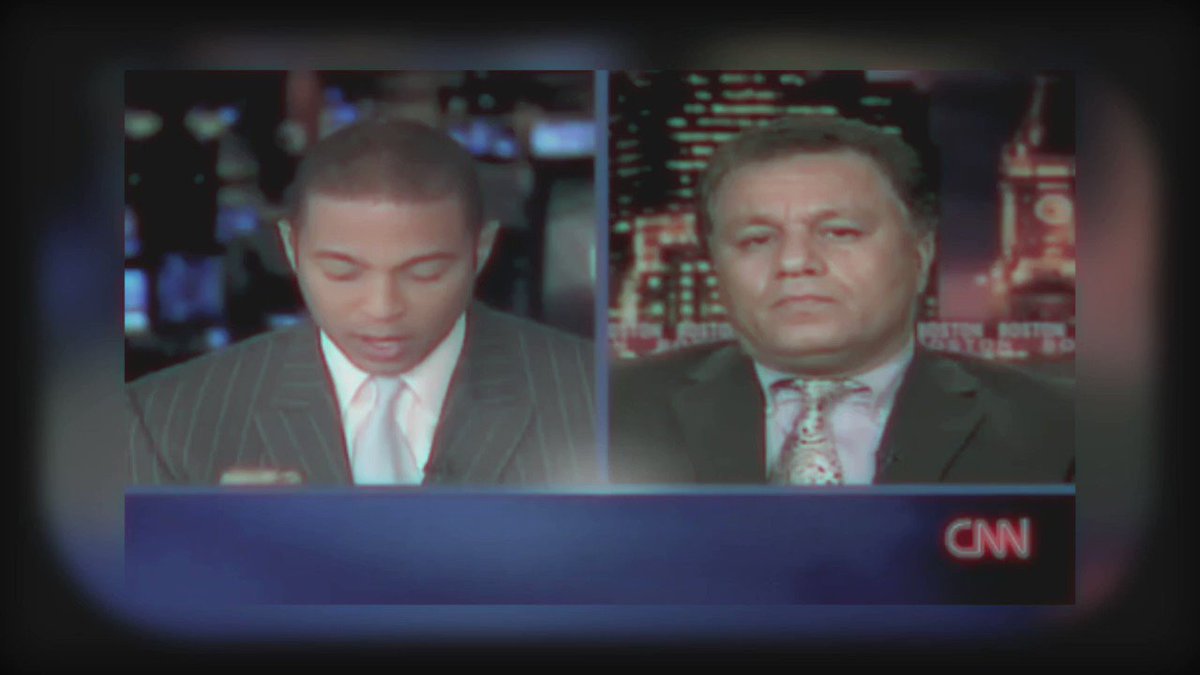 Afrasiabi is one of many “scholars” lobbying & pushing Tehran’s talking points in the West. 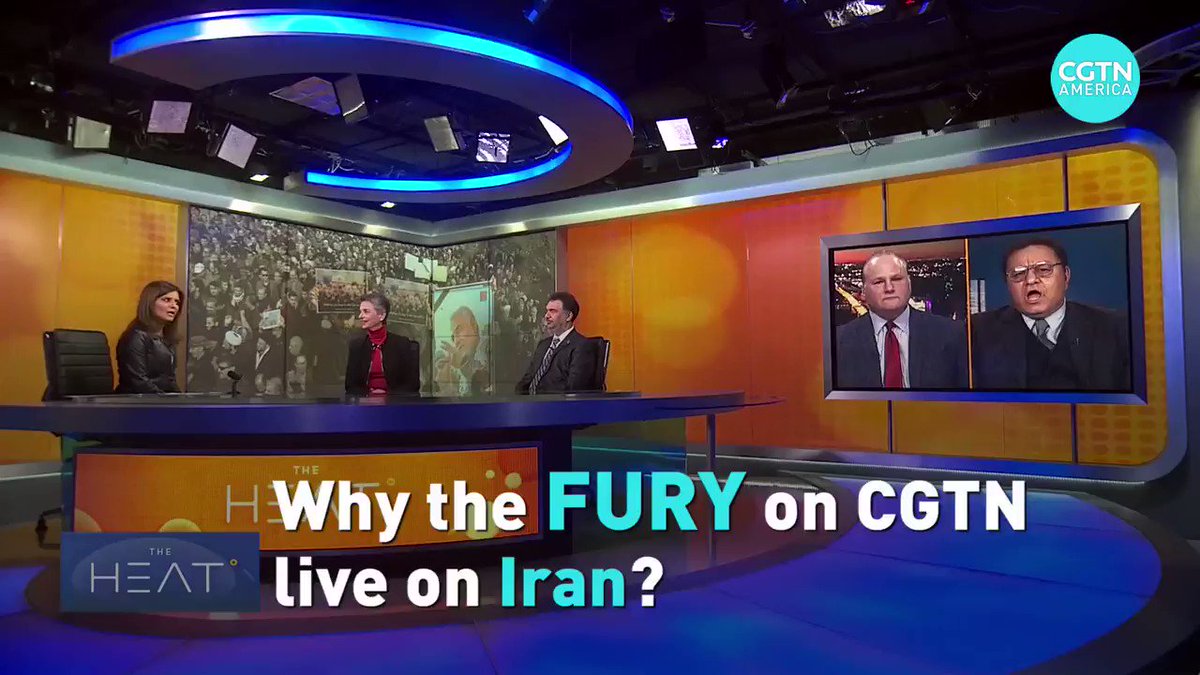 1)
A year ago today, #Iran’s IRGC deliberately shot down Ukrainian flight #PS752, killing all 176 on board.

Regime officials have lied from day one & just recently blamed it on “U.S. adventurism.” 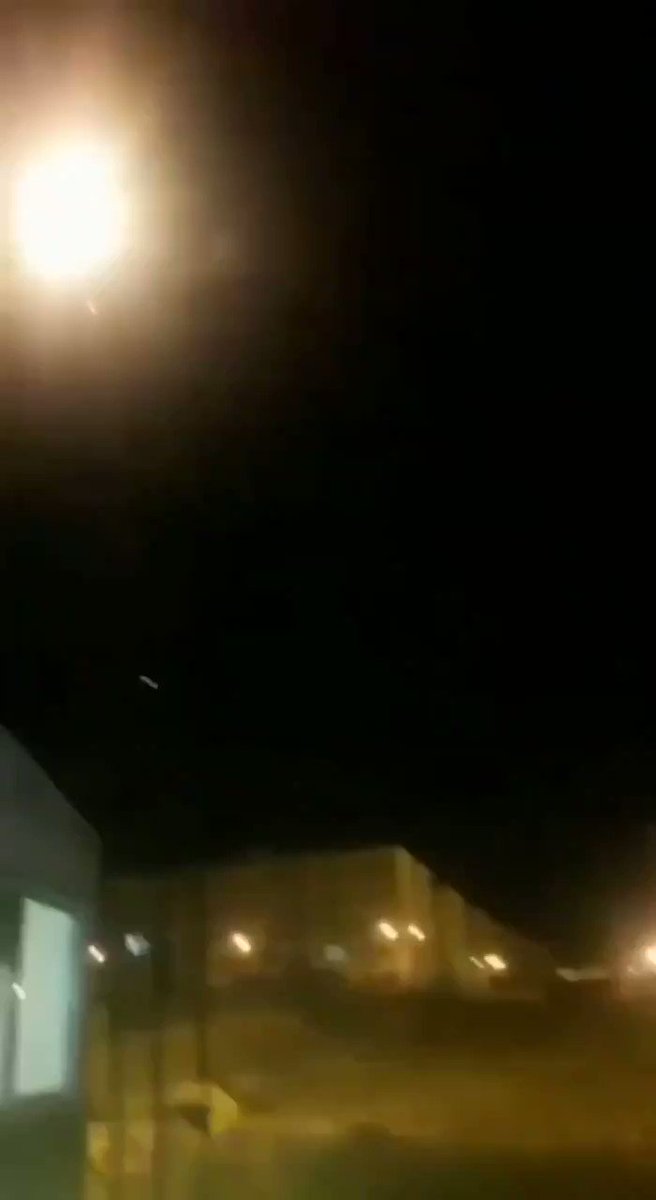 2)
Ukrainian forensics chief Alexander Ruvin suggested from evidence obtained that passengers on flight PS752 were out of their seats before two missiles hit the plane outside Tehran, capital of #Iran.
https://t.co/flnsIag8vA 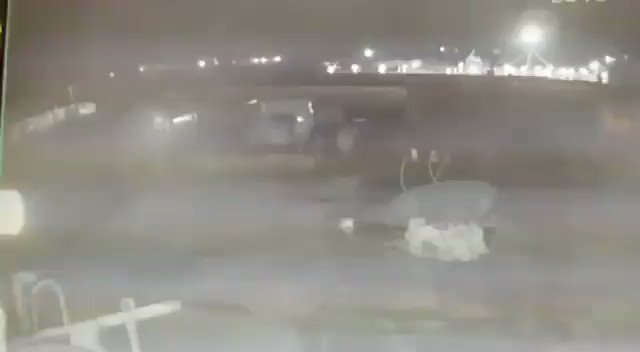 3)
"And [yet] we saw the corpses of the dead lying on the ground, without seats…if the people were fastened, they would fall with their seats, as was the case with passengers of [shot-down] flight MH17 [in Ukraine]," he added. 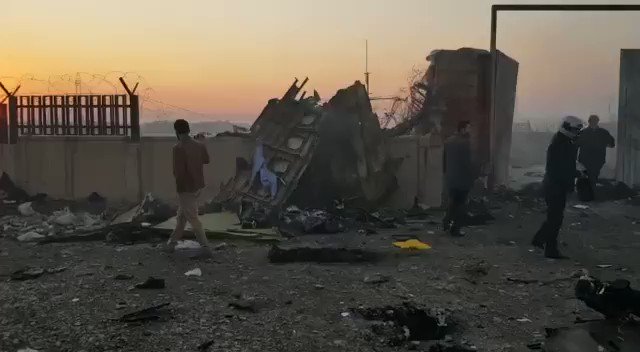 4)
The plane was downed on the same morning that Iran launched ballistic missiles targeting US forces in Iraq. Asked why didn’t officials clear the skies of passenger planes, one official said it would have revealed Iran’s intention to launch the attack. 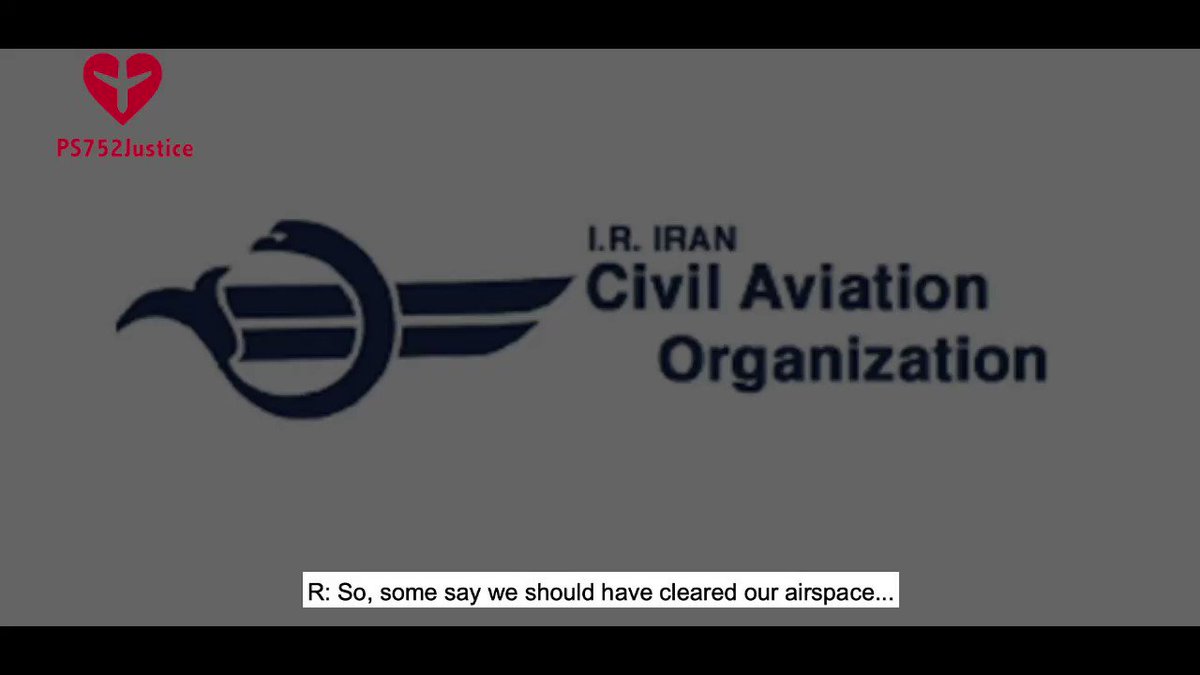 5)
The Iranian side immediately bulldozed the site of the downed airplane, obviously to hide important evidence.
Even their UK ambassador @baeidinejad lied about this. 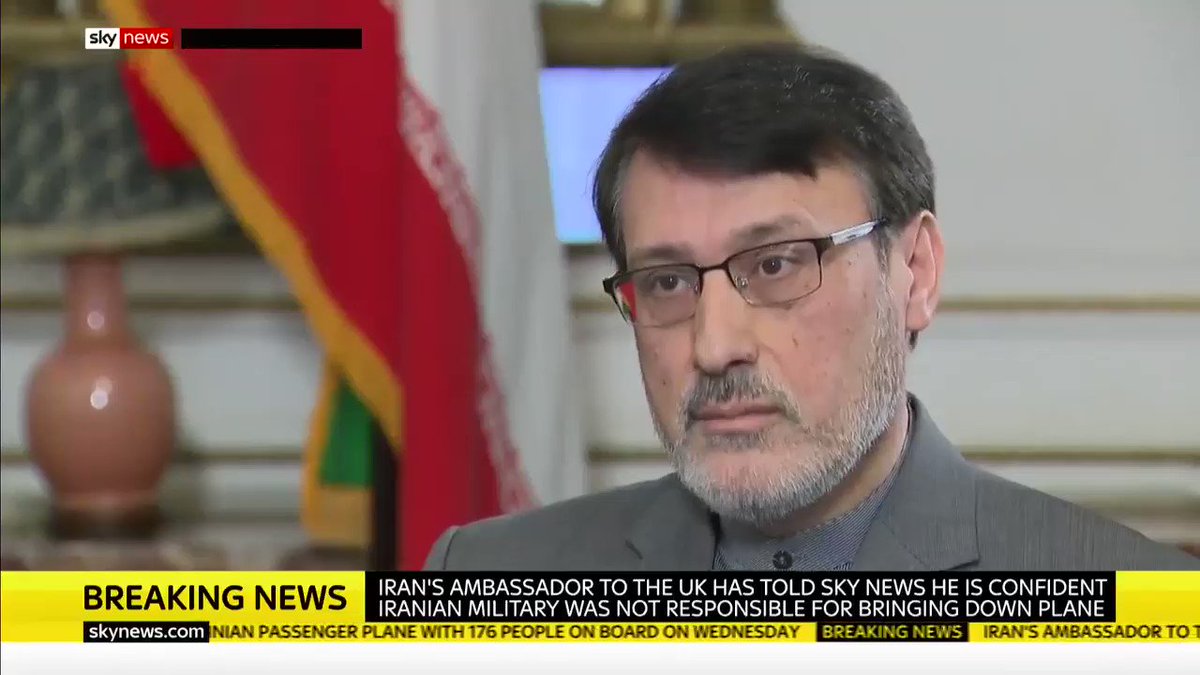 #Iran has a long history of meddling in #Venezuela with the U.S. in its crosshairs.

And Obama facilitated the mullahs’ 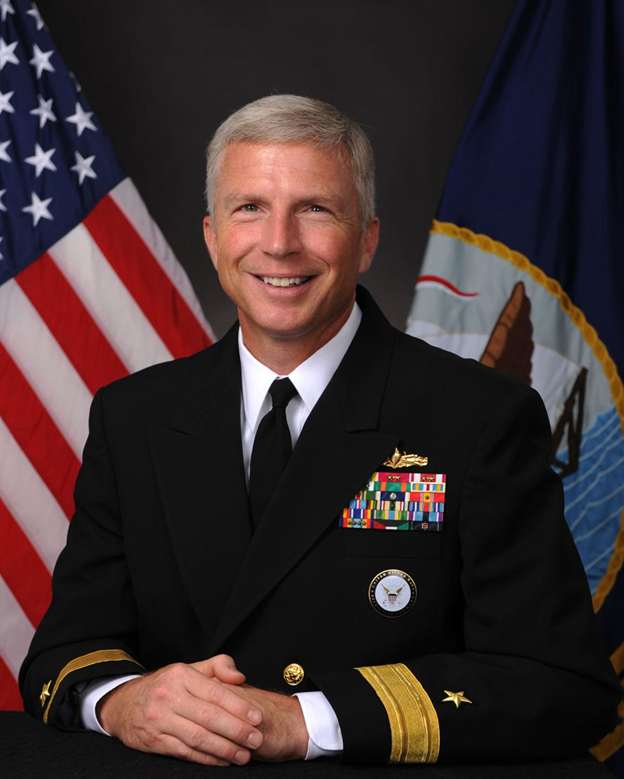 3)
“We’re concerned about what we see…It’s not just oil shipments, it’s arms shipments as well,” Adm. Craig Faller said. “We saw an uptick in that this year. We are watching the rate of change very carefully.”

4)
“… flotillas are often accompanied by Iranian naval vessels, including an intelligence ship that U.S. officials say has been used to transport missiles to Iranian proxies in the Middle East…”

More on Iran's gaining a dangerous foothold in the

5)
“Iran’s Mahan Air, an airline sanctioned by the U.S. for transporting men, money & arms for the terror-designated IRGC, has also restarted flights between the two

1)
Newsweek — #Iran has sent deadly "Shahed-136 suicide/kamikaze drones" to the Houthis in #Yemen. These advanced UAVs are deployed to the Houthi-controlled northern Yemeni province of Al-Jawf.

More reason why the West should not appease Tehran.
https://t.co/gtNDCGbtQs 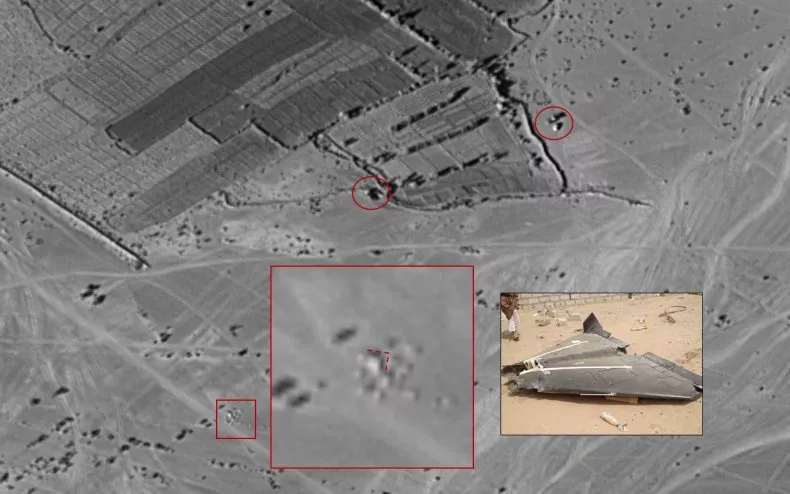 2)
#Iran has long provided drones to the Houthis

March 22, 2017
“… seven Houthi Qasef-1 drones and one drone engine recovered by forces from the UAE. Six of the drones were captured in October on a known Iranian smuggling route that runs through

3)
US to designate #Iran-backed Houthis in #Yemen as a foreign terrorist org (FTO)
https://t.co/ILBCg3Pfvs 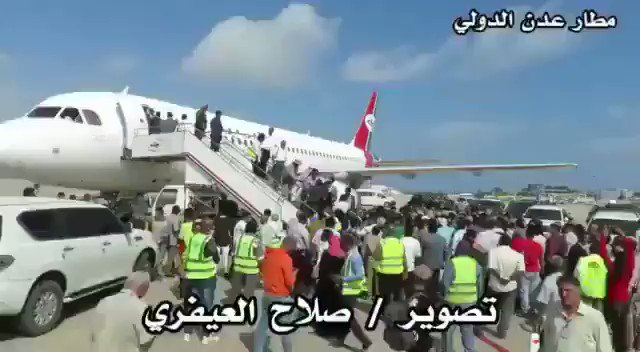 4)
#Iran provides at least $360 million, ballistic missiles, other ordnance, technology and training to the Houthis in 1)
One of #Iran’s “diplomats,” Assadollah Assadi, is awaiting a ruling from a Belgian court on his role in a bomb plot targeting an opposition rally in June 2018. 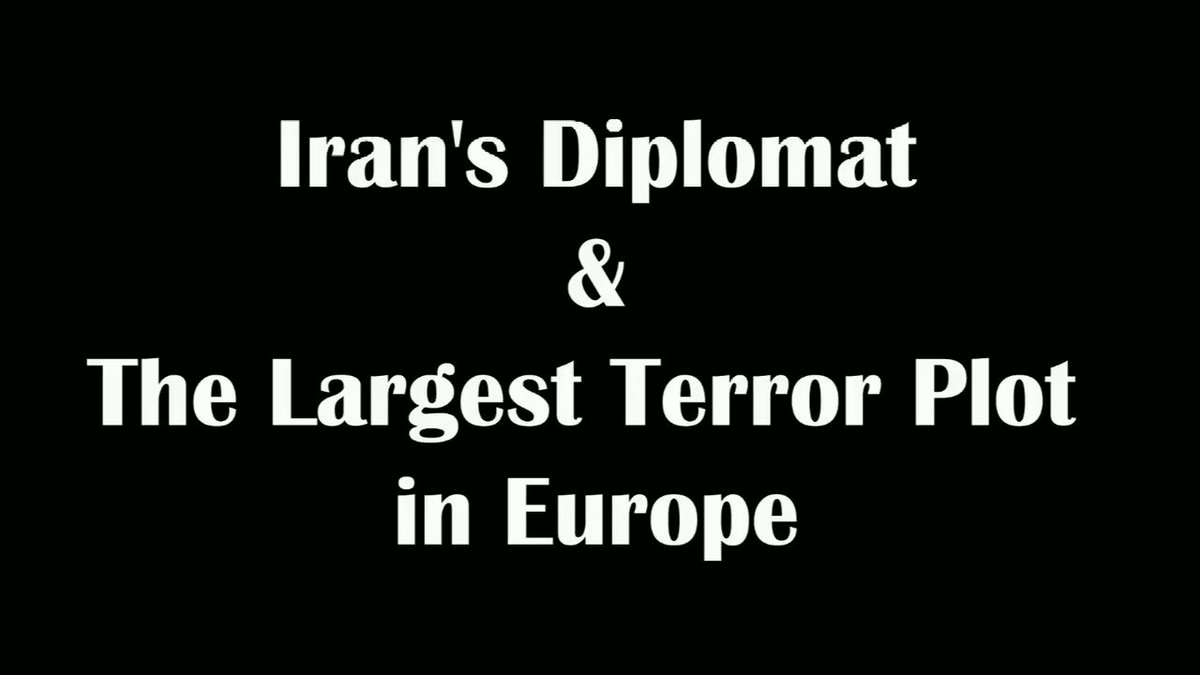 Paul Mason
@paulmasonnews
The fascist danger is not over: a thread. 1/ What's important is that Trump incited the attack; the administration did not stop him; the chain of command protecting the legislature evaporated; and he is still in office inciting objections to the

2/ The Proud Boys led this, but the militias were largely absent. 45% of Republican voters *support* the attack on Congress. This is what Fox, Parler and the talk radio shows have created: a mass fascist network prepared to overthrow the US Constitution...

4/ The key is to demand the police do their job while preparing for them to break under pressure and via collusion. That's what let Mussolini's thugs march to power and, in the late stages, allowed the SA to run riot in Germany...

5/ I want all liberal and democratic politicians to say, today, "I am antifascist" - it's a moment to choose: you can't ignore them anymore. We have to fight them as in the 1930s... an alliance of the centre and the left...
WORLD

Gulay Turkmen
@gulayturkmen
Watch the entire discussion if you have the time to do so. But if not, please make sure to watch Edhem Eldem summarizing ~150 years of democracy in Turkey in 6 minutes (starting on 57'). And if you can't watch it, fear not; I've transcribed it for you (as public service). Thread:

"Let me start by saying that I am a historian, I see dead people. But more seriously, I am constantly torn between the temptation to see patterns developing over time, and the fear of hasty generalizations and anachronistic comparisons. 1/n

"Nevertheless, the present situation forces me to explore the possible historical dimensions of the problem we're facing today. 2/n

"(...)I intend to go further back in time and widen the angle in order to focus on the confusion I  believe exists between the notions of 'state', 'government', and 'public institutions' in Turkey. 3/n

"In the summer of 1876, that's a historical quote, as Midhat Pasa was trying to draft a constitution, Edhem Pasa wrote to Saffet Pasa, and I quote in Turkish, 'Bize Konstitusyon degil enstitusyon lazim' ('It is not a constitution we need but institutions'). 4/n
WORLD
Advertisement

We Have Important Matters To Discuss With You!  If You Believe This Is A Joke, You Should Leave Now. We Do Not Joke When It Comes To This Planet. AKATU Will Lighten Things To Cheer You. What We Share Now Will Inform You. 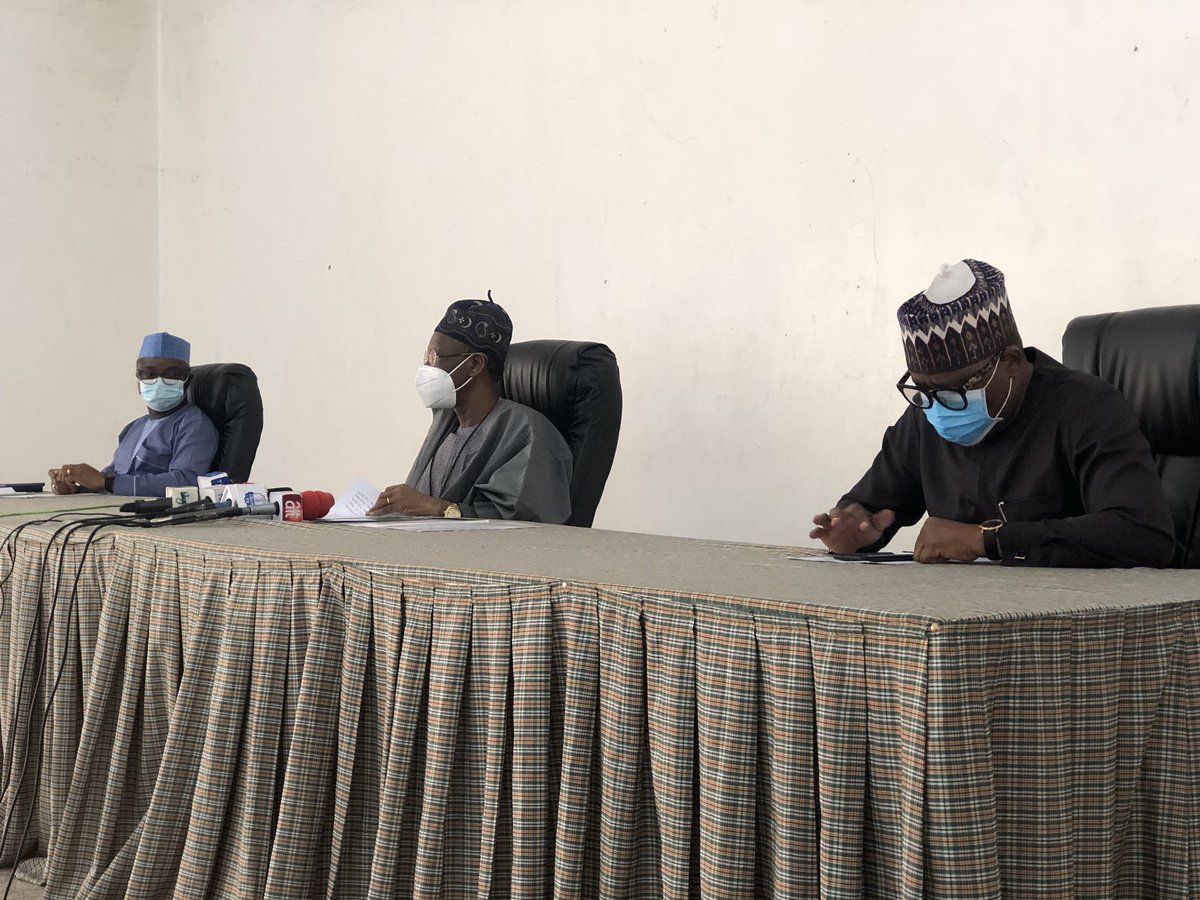 PERPETRATION OF VIOLENCE UNDER THE GUISE OF #ENDSARS: NEVER AGAIN - FG

Being the text of the press conference addressed by the Honourable Minister of Information and Culture, Alhaji Lai Mohammed, in Abuja on Thursday, 11 Feb. 2021

Good morning gentlemen and thank you for honouring our invitation once again.

2.   As you may be aware, some EndSars proponents have given notice of their plan to return to Lagos - Lekki Toll Gate to be specific – on Saturday, February 13th 2021.

The ''Occupy Lekki Toll Gate'' flyers have been circulating online, with the proponents threatening that ''Lagos will burn'' again.

Zarina Zabrisky
@ZarinaZabrisky
🧵 ⚡️ #Navalny, in handcuffs, expects his second verdict in one day NOW, about to be ready any minute now. He’s joking about cucumbers he pickles in his cell. I will translate his SECOND last address in one day but here is the previous trial coverage

#Navalny is facing TWO court hearings today; one is happening now. I'm listening to his speech. He's trying to explain: he was not hiding from the court; he was in a coma. The whole thing is so absurd that it is impossible to comment. In a nutshell: they just want him locked up. pic.twitter.com/LXEdJX7rIm

Extracts from #Navalny last address #2 today: “Putin’s party is akin a swine devouring oil and gas dollars from a trough, & when poked & reminded that $ are for everyone, growls, “What about the WWII? What about veterans?!” The verdict is due any minute now. #FreeNavalny 👇🏼☝🏼

The judge is back and reads the verdict now.

“The politician criticized the participants in the [RT] video in support of the amendments to the Constitution, calling the presenters "corrupt lackeys", "traitors" and "people without conscience."

The judge says Navalny pleaded not guilty and called the persecution politicized.
WORLD

Biz Stone
@biz
Originally, tweet length was 160 minus username length. One day, I turned to Jack and pointed out that I got one more character than him. He said, "That's not fair. We should standardize." I agreed. He said, "How about 140?" I said, "Sure." And he updated the code.

Last year, we upgraded tweet length to 280 and guess what? Use of 'please' is up 54% and 'thank you' is up 22%. I love that! Also, people are asking more questions and having more conversations. All this, and the majority of tweets are still under 140. It worked.
TECH
Advertisement

If you're the smartest person in any room - you're doing it wrong. As a leader, your job is bringing together the best people to get the job done - your skillset is identifying those people, not being one of them.