BC SOCIETY
Saved by @SteveeRogerr

Finally watched The Bee Gees doc. I’ve always been a fan but I have new respect for their artistry.

I am *especially* glad that the doc explicitly called out the fact that the “death of disco” was pointedly homophobic and racist.

I do wish a bit more time had been spent on the fact that The Bee Gees, as hard as it was to survive the blowback, were able to do so both because of their musical & writing talent and because they were all white straight men. The latter doesn’t diminish their gifts.
But plenty of extremely talented Black and LGBTQ artists of color never survived the undermining of and blowback against (bad) disco.

Disco-and songs that are really R&B but got that commercial label-is rooted firmly in a Black tradition The Bee Gees always acknowledged.
And none of that can be separated from the attacks on it.

The scene of the Black former Comiskey Park usher is one I’ll think about for a long time. “It was a racist, homophobic book burning. That’s all it was.”

https://t.co/tcKqWDxHBE
True tea, which the doc also brilliantly explored: a lot of the “disco” folks hated was actually trash bc straight white men got greedy and commercialized it beyond recognition and quality.

So a bunch of artists who were talented beyond a genre-including The Bee Gees-were harmed
I grew up watching and loving “Behind The Music” and am an avid fan of @TvOne’s Unsung series because so much musical brilliance was either lost-or never fully elevated-because of racism and homophobia.
The amount of Black folks who should be global superstars and aren’t just because they are Black is still infuriating but I’m glad that the stories being told now have more nuance-even when the protagonists are white.
Glad The Bee Gees doc didn’t skip over those truths and glad to see their artistry getting the spotlight it deserves.
I wanna see a good Donna Summer doc next. And one on Sylvester too.
And high key, real disco is some of the best music ever made. Fight me.
[email protected] link me to some good disco & 70s R&B music sermons pleassseeee

I get the sense that they're not just afraid of external censure, but have also internalized liberal norms.
SOCIETY

🇺🇸 SheNerd the Deplora...
@shnerdly
For those traveling to DC on Jan. 6th, I'm a native to the area and I would like to share with you what I will be doing this time and what I have done for the last two rallies...1/
SOCIETY , TRAVEL
Advertisement

(((TJ Johnston)))
@TJJohnston415
#2020yearinreview
My coverage and commentary of San Francisco homelessness in the past year.

To make it more interesting, I'm interspersing quotes throughout this thread ⬇️

‘The letters or cards that I had… they could never be replaced. It just meant more to me than a zillion dollars.’ -- Derrick, who lost his tent, ID and letters from his mother to sweeps by

'We’re essentially under arrest. On an equally interesting note, I haven’t had any medical examination since my arrival — a bit strange considering what I’m here for.' -- Ken, shelter client who was tested positive for

'The shelter in place has given us permission to be out here, otherwise it was just cat and mouse' -- Toro, whose tent camp in Castro District was temporarily reprieved from police

'It’s scary coming here, especially for people using on the street and with mental health issues, there’s a lot of paranoia. I didn’t know if I was being taken to a black site.' -- Joshua Owens, on his initial trepidation about entering a SIP hotel

Aaron Reichlin-Melnick
@ReichlinMelnick
We finally have the U.S. Citizenship Act Bill Text! I'm going to go through some portions of the bill right now and highlight some of the major changes and improvements that it would make to our immigration system.

The immigration bill text is out!

Excuse me while I go at this with a highlighter.

First the Bill makes a series of promises changes to the way we talk about immigrants and immigration law.

Gone would be the term "alien" and in its place is "noncitizen."

Also gone would be the term "alienage," replaced with "noncitizenship." 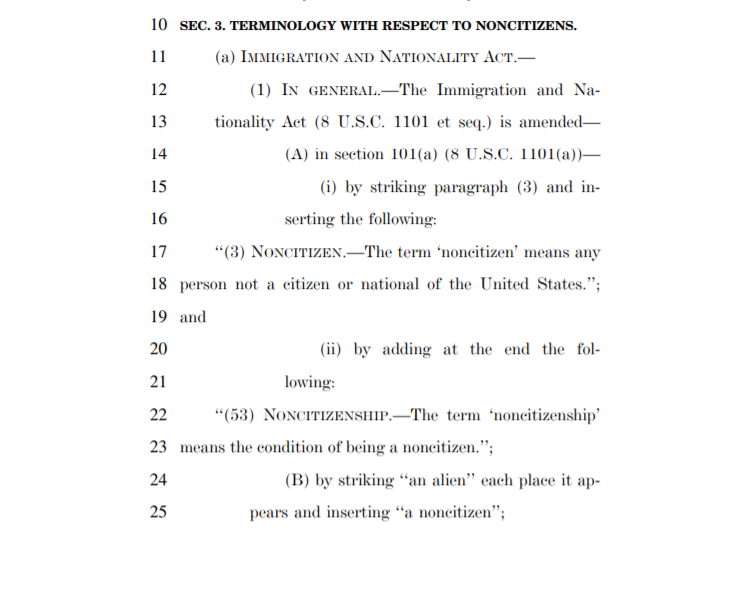 Now we get to the "earned path to citizenship" for all undocumented immigrants present in the United States on January 1, 2021.

Under this bill, anyone who satisfies the eligibility criteria for a new "lawful prospective immigrant status" can come out of the shadows. 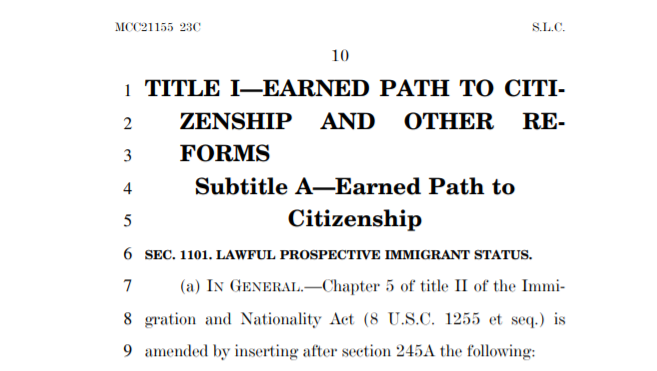 So, what are the eligibility criteria for becoming a "lawful prospective immigrant status"? Those are in a new INA 245G and include:

- Payment of the appropriate fees
- Continuous presence after January 1, 2021
- Not having certain criminal record (but there's a waiver) 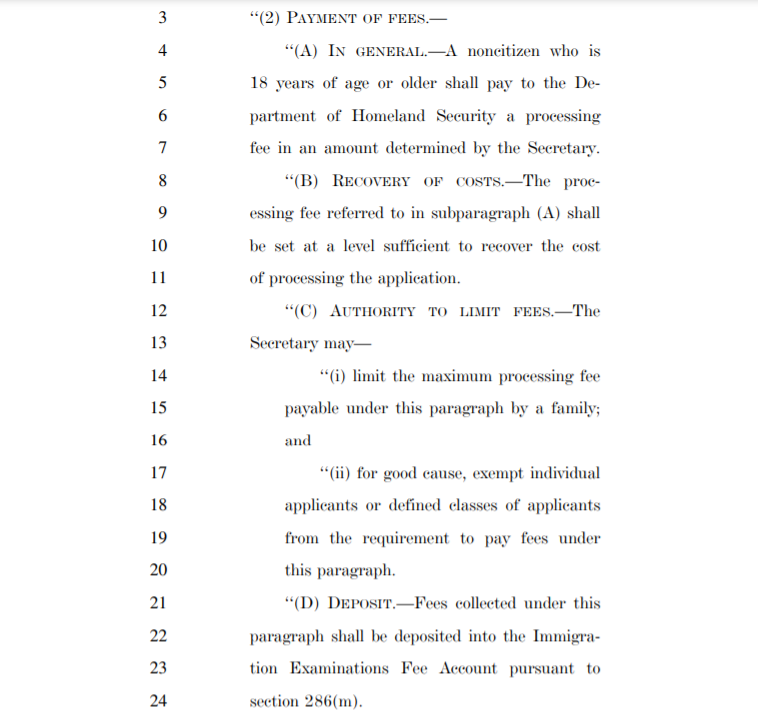 After a person has been in "lawful prospective immigrant status" for at least 5 years, they can apply for a green card, so long as they still pass background checks and have paid back any taxes they are required to do so by law.

However! Some groups don't have to wait 5 years. 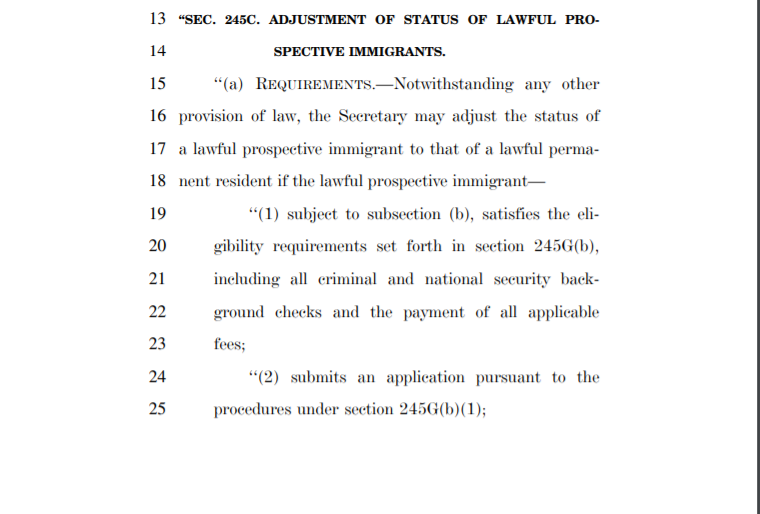 A summary thread on the significance of AVA6000 - and #AVCT's pre CISION platform as a whole - to both the oncology industry and to AVCT itself. 1/10

In very basic terms, #AVCT's pre CISION chemotherapies are essentially reformulated versions of existing, approved chemotherapies that have been used on cancer patients for many years - decades, even.

The pre CISION tech is simply an attempt to improve the safety profile... 2/10

Most therapeutics going through clinical trials look for an improvement of at least 20% over the existing industry-standard drug. A 50% increase in efficacy would usually be considered an astonishing result.

...18 times more pro-doxorubicin was found in the tumour than in the heart. Compare that to the 1:1 ratio of the standard doxorubicin.

What this means is that the pre CISION tech could be used to enable the giving of doses to patients that are multiple times more potent... 4/10

...than standard chemotherapy drugs - either in the form of greater number of cycles of chemo, or in the potency of the individual dose.

Anu Satheesh 🇮🇳...
@AnuSatheesh5
Agastya Muni & Kaveri River
#story
This is a story which describes how River Kaveri was brought on earth by Agastya muni. There was a king named Kavera lived in the Brahmagiri hills who prayed to Brahma for a child. He was blessed with a daughter whom he named Kaveri. 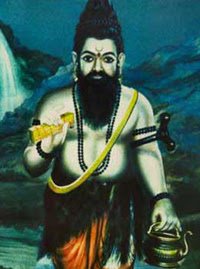 Agastya muni married her. A demon, named Shoorapadma, wanted to trouble people so he prevented rain from reaching South India. As a result famine occurred in South India.
Agastya Muni who came that way was very sad seeing this. He started to pray Mahadeva for a solution. 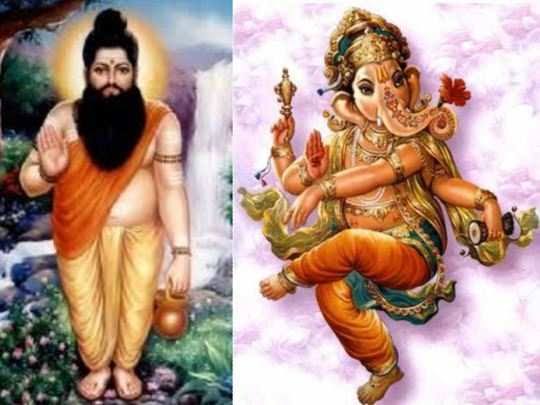 Shiva gave him small amount of Ganga water in his Kamandalu (small pot) and said wherever you spill this water the river will flow from there. Agastya Muni travelled lot of places to find a suitable place to pour water. Feeling tired he kept his Kamandalu and took rest. 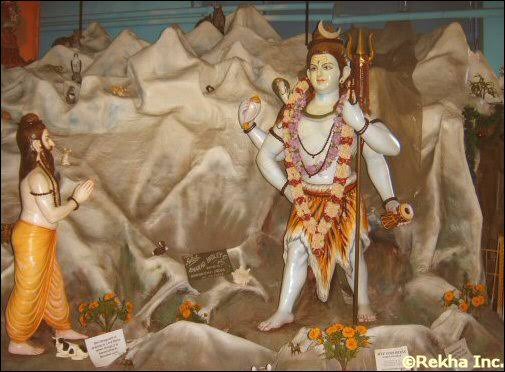 At that time Ganesha took a form of crow and perched on the Kamadalu and made a hole that water began to flow as river Kaveri. This place is now called as Talakaveri (Karnataka), located in the Brahmagiri hill. 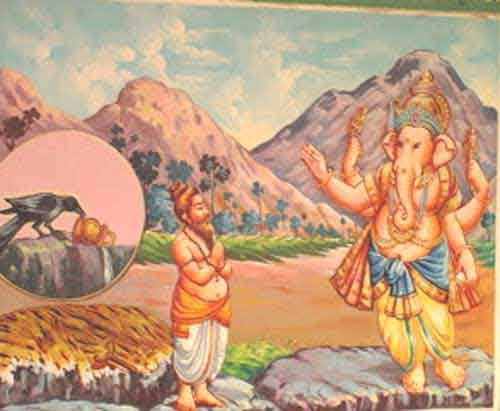 Tala Kaveri has temple for Agastheeswara, which denotes the story between Kaveri and Agasthya muni. Kaveri is a part of Ganga, thus, also called Dakshina Ganga.
🙏🕉🙏 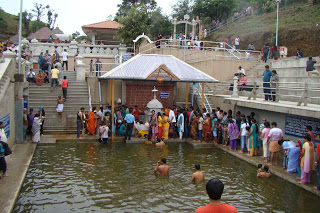 One of the dullest, coolest, more bizarre and fascinating pieces of kit used in Normandy.

Which NO ONE REALLY CARES ABOUT. 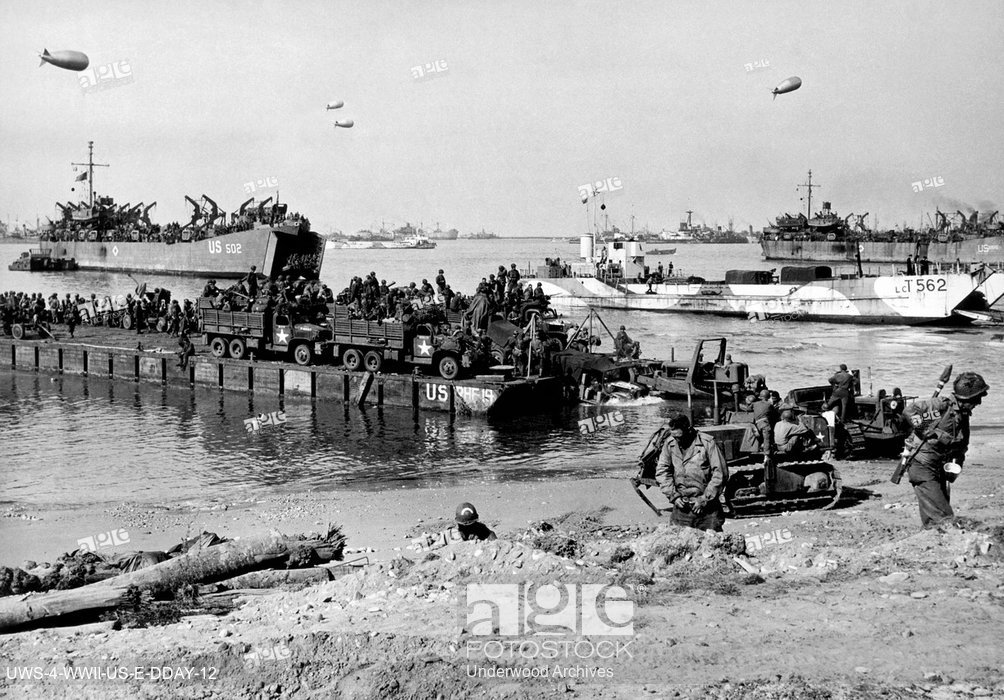 Planning for Overlord and Neptune had a serious snag, how to get troops from LSTs onto the beach as simply ramming them onto the beaches and dropping the ramp was known to damage the exceptionally vulnerable LSTs and felt to be unsustainable in the mid to long term. /2 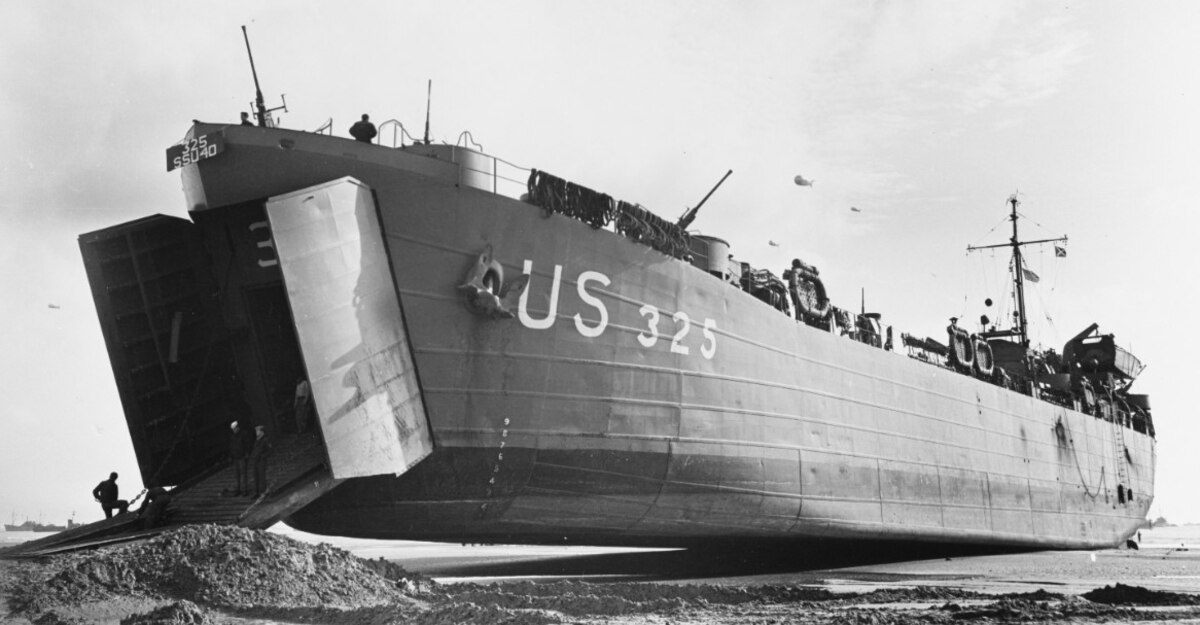 LSTs were essential in sustaining Overlord's progress and were a subject of major headaches in the planning phase, and a real subject of friction when it came to launching additional amphibious operations such as Dragoon. 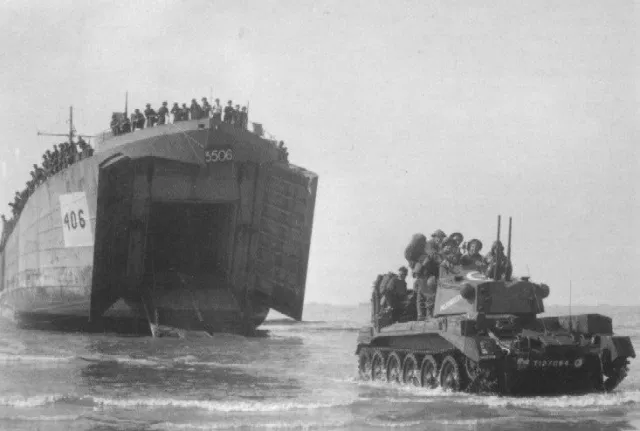 So, logic dictated, we don't really want these remarkable but rare and highly valuable vessels constantly doing beach landings, we want something to act as a medium between ship to shore, and in came the (mostly) American designed Rhino. /4 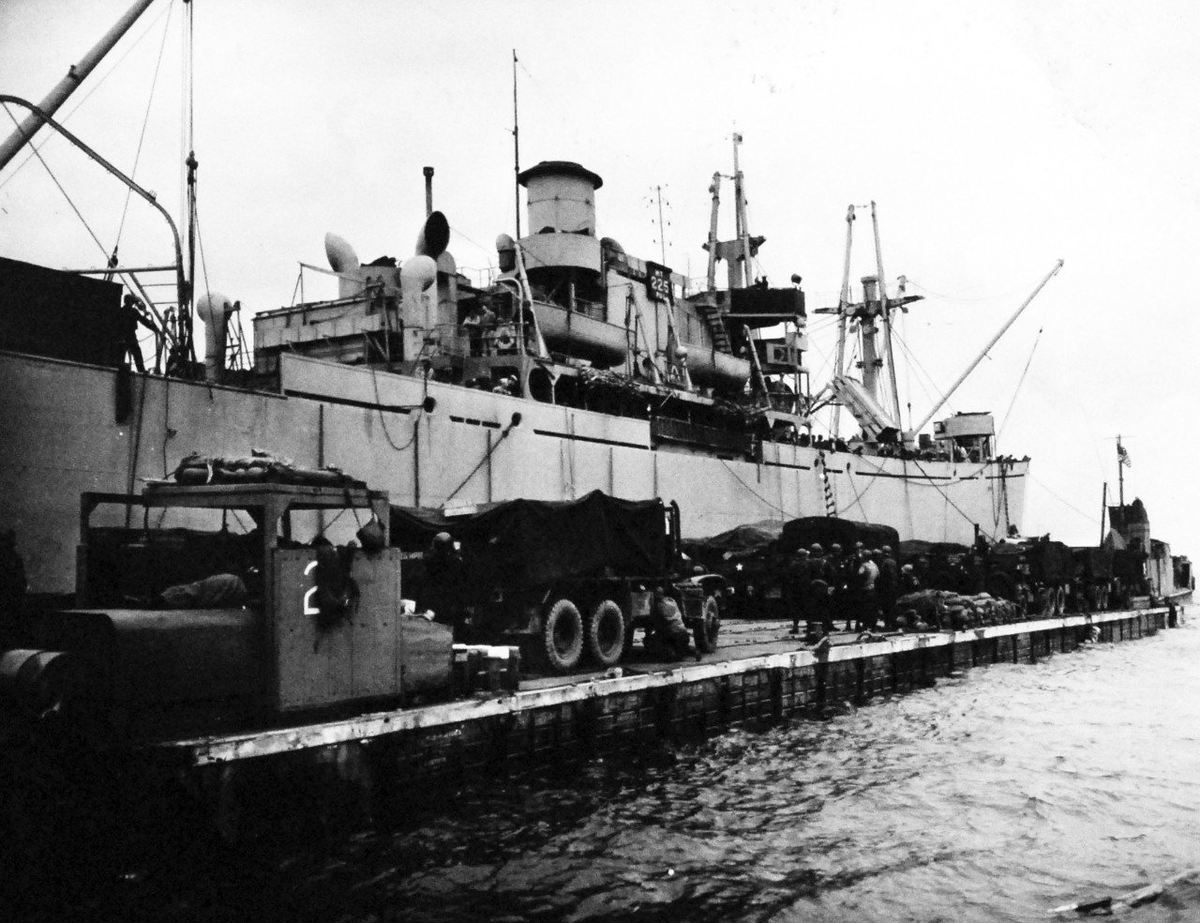 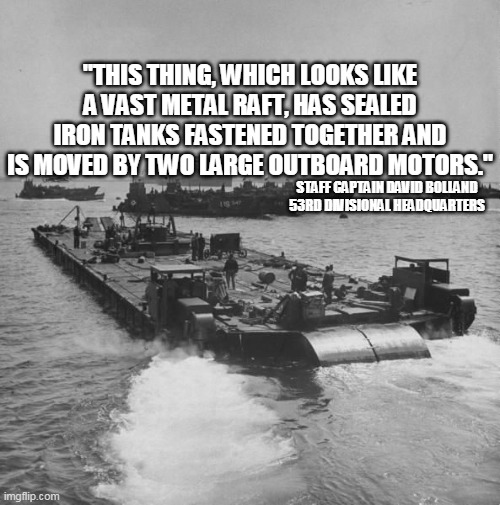 Jeet Heer
@HeerJeet
1. Now that Stan Lee is being eulogized far and wide, it's important to remember how marginal Stan Lee and his collaborators (Jack Kirby and Steve Ditko) were in the 1950s and 1960s.

2. Marvel Comics (before that Atlas) was just a cog in the machine of a bottom pulp publisher run by Martin Goodman, the husband of one of Lee's cousins. It was the lowest of the low in the publishing world.

3. Now Mario Puzo (not yet the author of the Godfather) shared offices with Stan Lee in the 1950s and 1960s. Puzo wrote for garrish men's adventure magazines and, like Lee, dreamed of writing a novel & breaking out. But Puzo looked down on Lee.

4. Flo Steinberg, 1960s secretary at Marvel: "They were always making jokes about us. They'd come in and giggle. mario Puzo would look in and would see us all working on his way to the office and say, 'Work faster, little elves. Christmas is coming.'"

5. When JFK was killed, the whole office of Magazine Management was stunned and quiet. Except Lee. He continued working. "He was still working on the comic books," Puzo said. "Like that was the most important thing in the world."
CULTURE