Mental models can save your life.

But psychological biases can ruin it.

Here are 10 psychological biases to help you avoid a life of pain and suffering:

And when we don't have clarity, we start rushing decisions to avoid that feeling of uncertainty.

When in doubt, take a deep breath and sleep on it before making a decision.
2. Overoptimism bias:

When we want something badly, we start overestimating our odds of success.

It's why so many people bet on their sports team to win.

Don't let what you want cloud your judgment of what you should do. 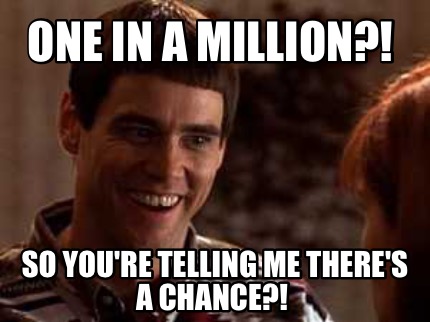 The tendency to treat others as they've treated us.

When treated well: "You scratch my back, I'll scratch yours."

When treated badly: "An eye for an eye."

Sometimes this tendency can lead to endless conflict.

We copy other people's behaviour when making decisions.

This is why so many ads have celebrity endorsements and user testimonials.

Next time you make a decision, be mindful of other people's influence. 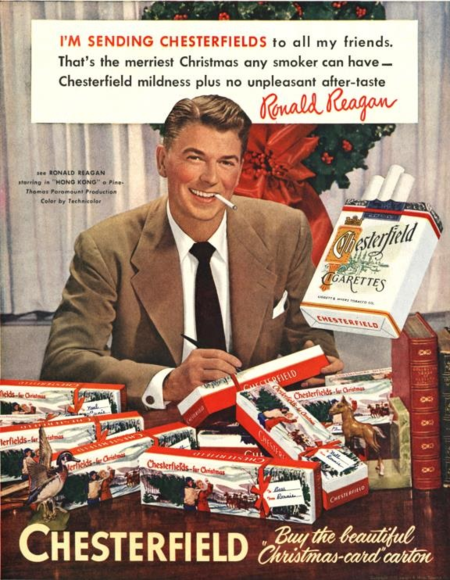 The psychological pain of losing something is twice as strong as the pleasure of gaining it in the first place.

It's why many gamblers go broke trying to recover from their first loss.

Be careful not to overreact when you lose something you value.
6. Pain avoidance.

Humans have evolved to avoid pain - it's how we survive.

But this bias often leads us to avoid short term psychological pain instead of facing reality - aka denial.

We have an innate need to appear consistent to others.

We're afraid of people calling us a hypocrite.

But this prevents us from changing dangerous beliefs and harmful behaviours.

Keep this in mind next time you're trying to change a bad habit.
8. Authority bias:

We have a tendency to follow people in positions of authority.

But too much blind faith in authority can lead us to follow the wrong people.

Always question the person "in charge." 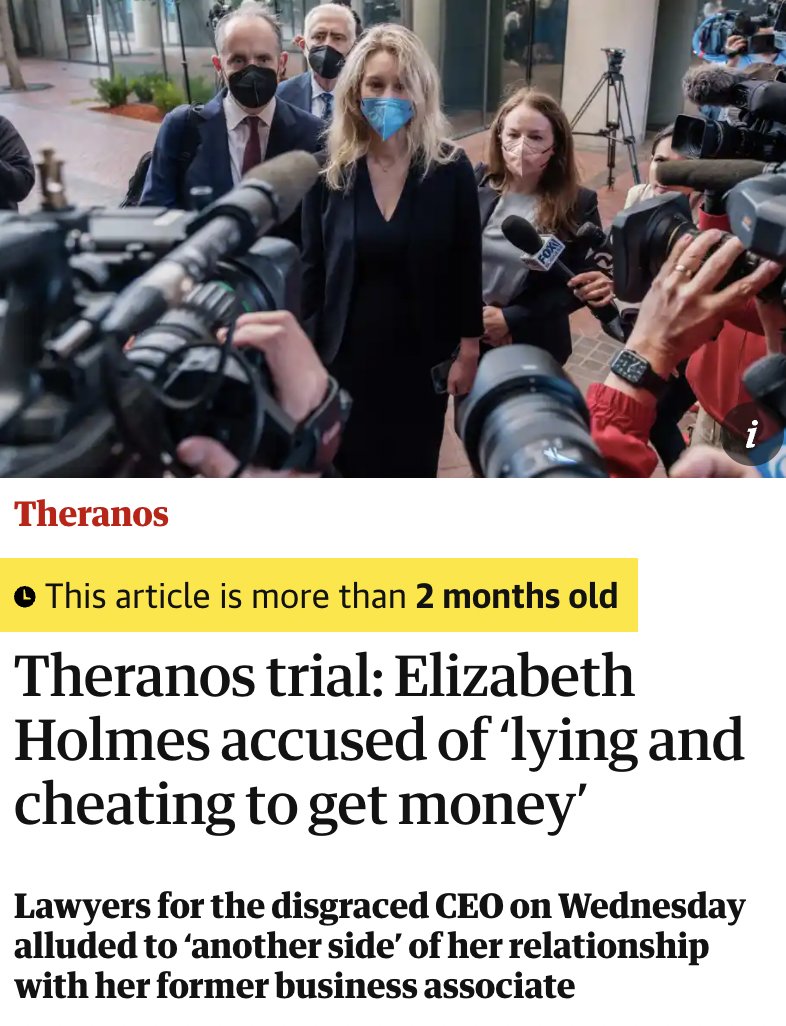 People tend to overestimate their competence in a given field.

This can lead to terrible decisions:

Bad investments, difficult jobs, and so on.

Try to asses your skills objectively (tests, peer evaluations etc.) before signing up for a big decision.
10. Liking Bias:

When we like someone or something, we begin to overlook their defects:

- Investing in a dubious company because of a charismatic CEO.

- Ignoring someone's flaws because you love them.

Be extra vigilant when making a decision that involves someone you like.

Zain Kahn
@heykahn
I went from zero to leading marketing teams in 5 years.

But I never studied marketing in college.

I've distilled everything I learned in those 5 years into 7 simple frameworks.

Here they are ― for free:

1. How to write world class

Here are 10 copywriting tips to help you master marketing:

2. Master the psychology of

10 principles from psychology to master marketing:

Being a new manager is scary.

You're suddenly responsible for leading a team and you have no idea how to do it.

I've served as a manager and executive at several companies.

Here's a step by step cheatsheet to help you become a better leader today:

4. Use the best marketing

The right marketing tools give you superpowers.

But 90% of marketers don't know about them.

Here are 10 marketing tools to help you master marketing:

Zain Kahn
@heykahn
7 powerful concepts everyone should teach their children:

Large outcomes are often the result of small gains in performance compounding over the course of years and decades.

Small improvements may look tiny in isolation, but they result in gigantic outcomes when you zoom out. 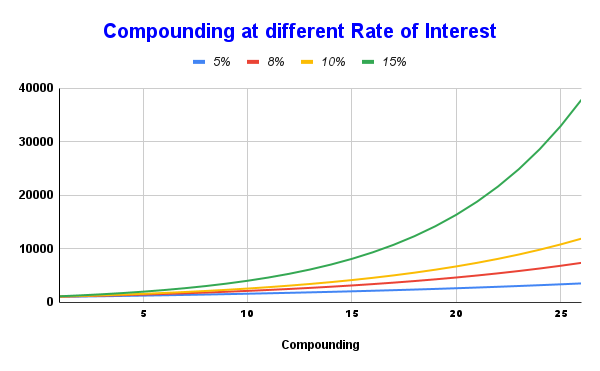 People and culture evolve through a process of generational iteration.

In every generation, the fittest organisms reproduce to create the next generation - while the unfittest die away.

Most things in our world are the result of this process. 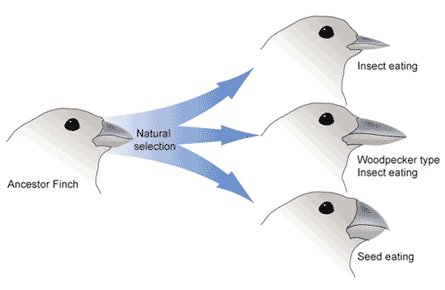 We evolved in the scarcity of jungles but find ourselves in the abundance of cities with unlimited food and pleasures.

Our biology isn't equipped to deal with this abundance - which often leads to addiction and obesity.

Many things around us are designed to exploit this evolutionary disconnect:

Recognizing and limiting these things is critical for a healthy life.

Zain Kahn
@heykahn
11 of the wisest things ever said: 🧵

“The reading of all good books is like conversation with the finest men of past centuries.”

"If you set out to be liked, you would be prepared to compromise on anything at any time, and you would achieve nothing."

"Holding on to anger is like grasping a hot coal with the intent of throwing it at someone else; you are the one who gets burned."

10 business books that will change your life:

Getting to Yes by Roger Fisher

Lessons:
• You can negotiate anything you want.
• The best negotiation tactic is to first offer the other side something they want. 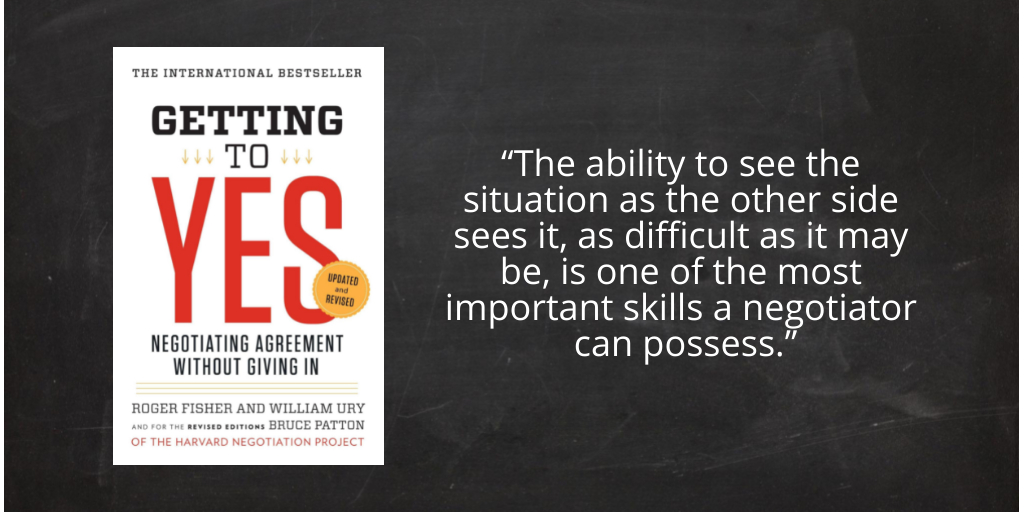 Lessons:
• Money alone isn't enough to motivate us.
• We are most motivated when we can also achieve control and freedom. 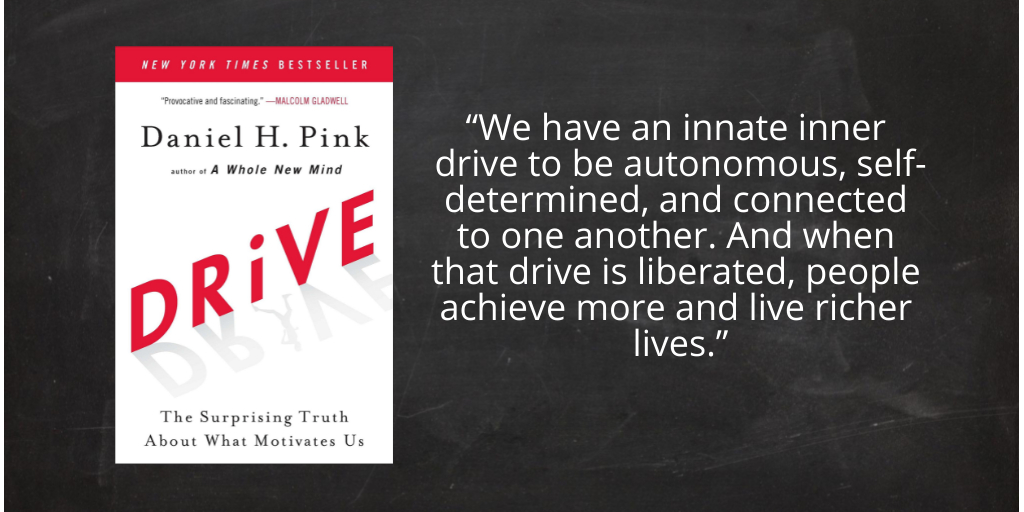 The Almanack of Naval Ravikant by Eric Jorgenson

Lessons:
• The most effective way to get rich is to learn how to build and sell a product.
• The only real test of intelligence is if you get what you want out of life. 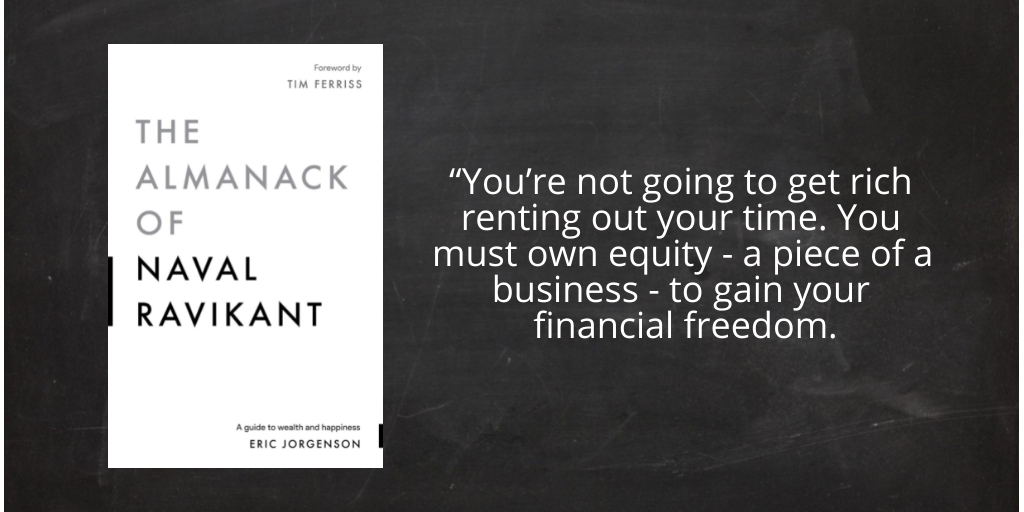 Lessons:
• Habits compound to produce huge results.
• The best way to build habits is to make them easy, attractive and rewarding. 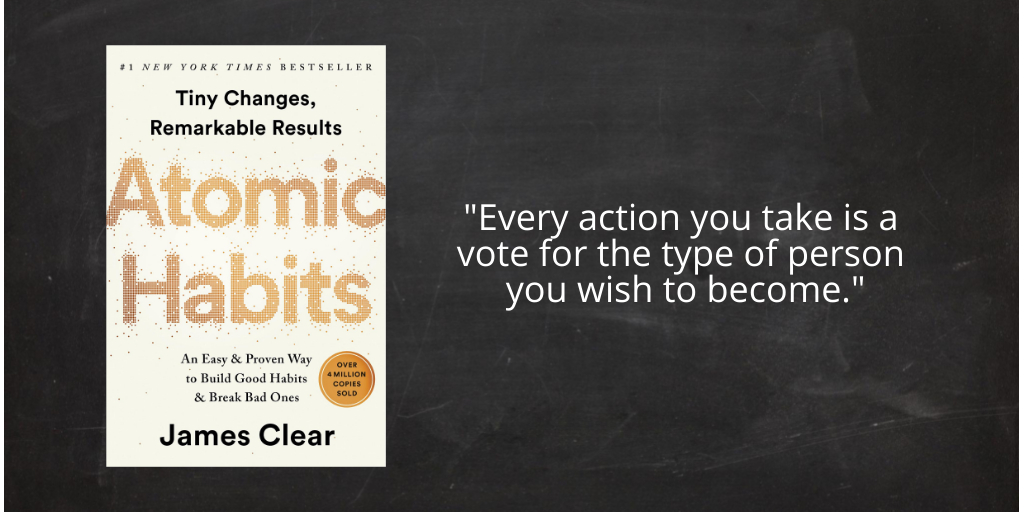 I wish I understood when I was 18:

It's not about how hard you swing your bat.

It's about swinging over and over again till you learn to hit it out of the park.

You gain confidence after doing something hard ― not before.

Too many people never try hard things because they think confidence is a precondition when, in reality, it's a reward.

Successful and unsuccessful people have the same goals.

Goals are just dreams. Habits make them a reality.

Your need to fit in is your biggest barrier to personal growth.

Let's face it ― most of us would rather be wrong with the crowd than be right alone.

Learning to overcome your constant need for social approval is the first step to growth.
HABIT

We have a natural tendency to favour the inside view—our own independent solution to a problem that incorporates all of our hidden biases.

To make better decisions, we should favour the outside view—one that incorporates the best available data. 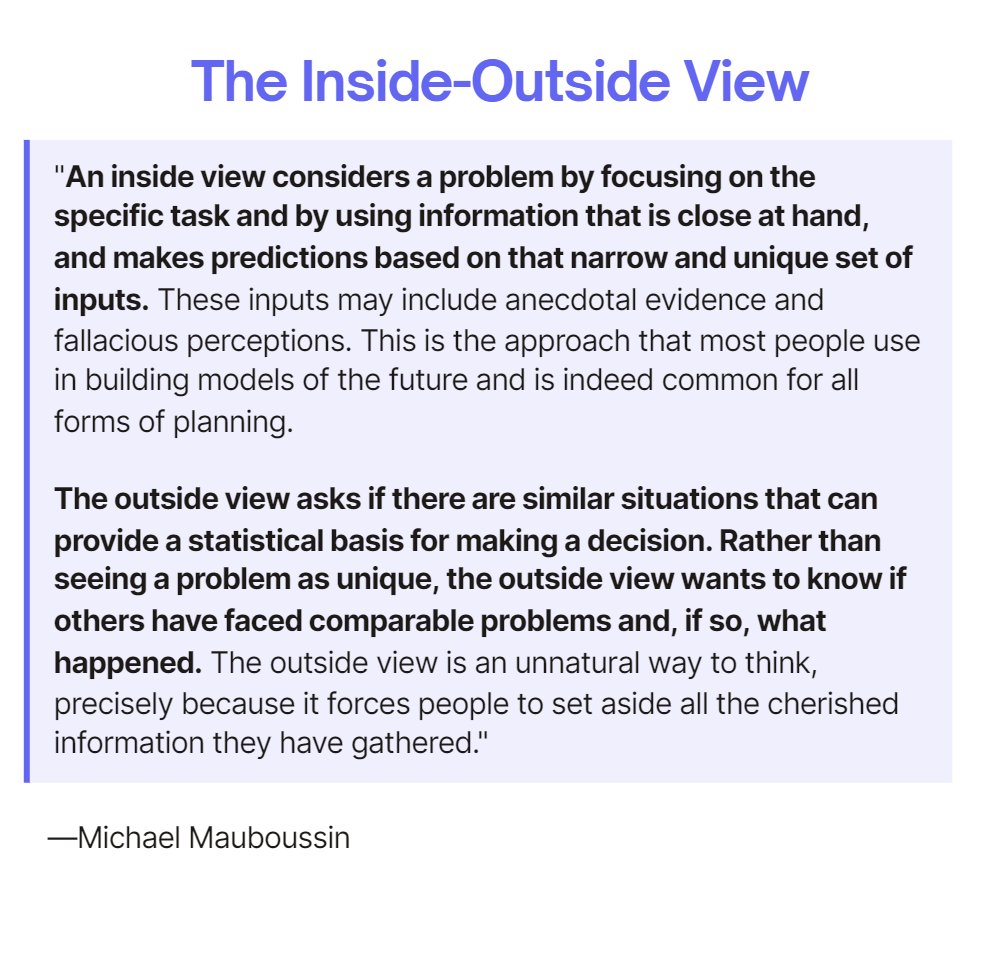 Describes the thinking process we go through—often subconsciously—to get from a fact to a decision or action.

To make better decisions, we should move slowly and deliberately from the bottom of the ladder to the top of the ladder. 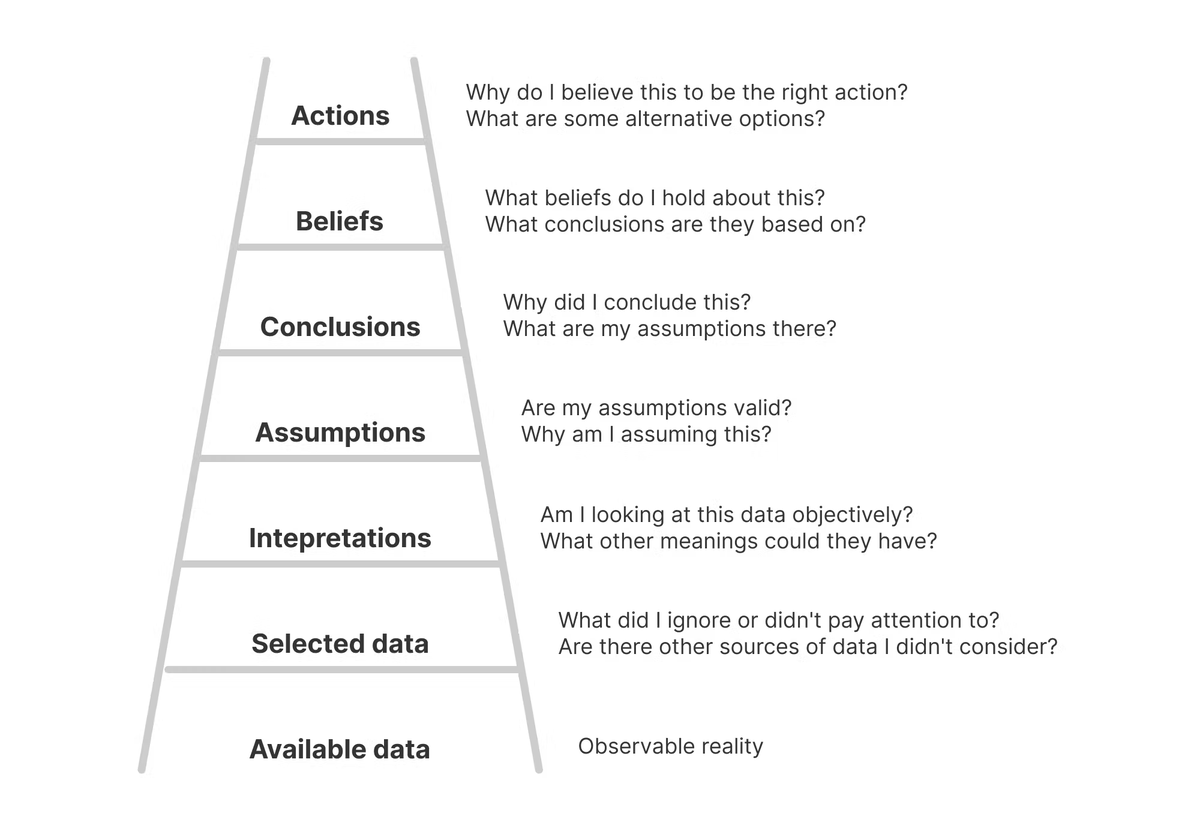 The more confidence you have in the importance of a problem and your understanding of its solution, the more you should focus on quality.

However, if you need to learn more, move fast and break things.

The antidote to confirmation bias.

It involves forcing yourself to view a decision from the opposite viewpoint or finding people who disagree with you.

It forces you to create a more compelling argument.

Don't take my word for it: 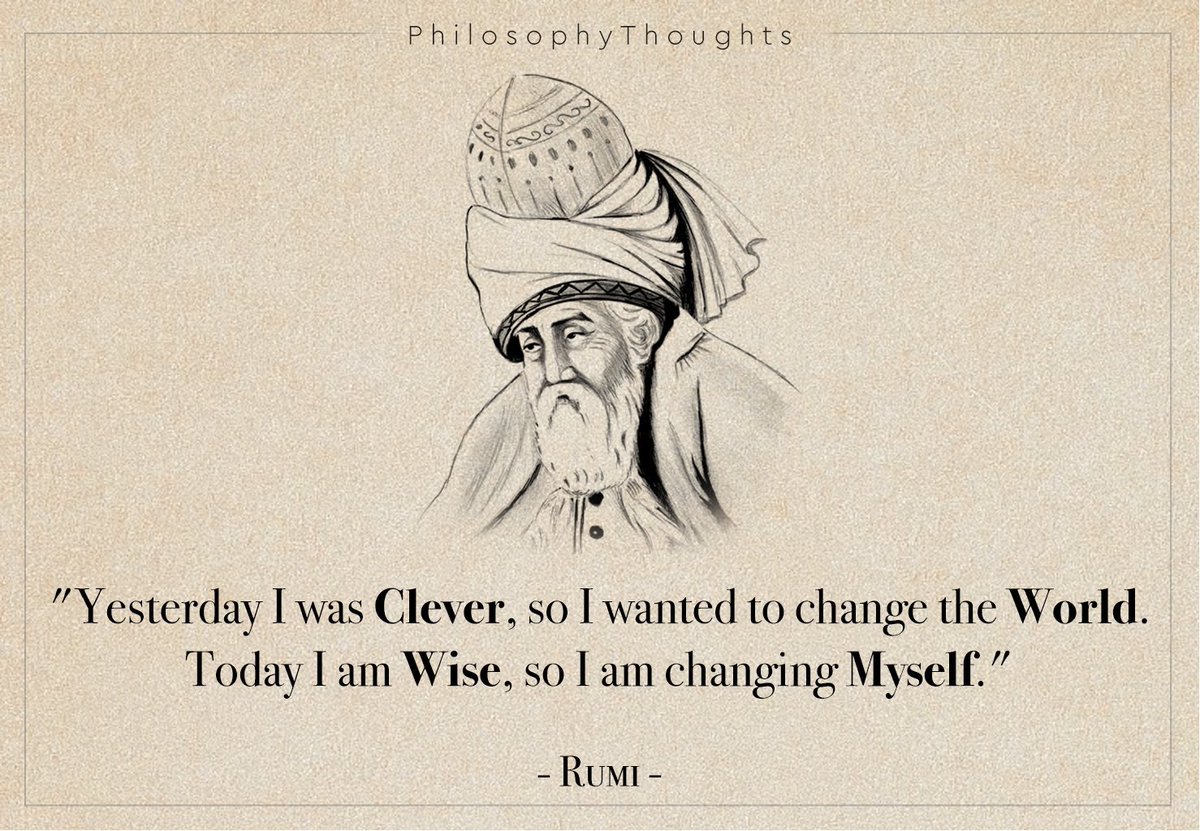 1. “Goodbyes are only for those who love with their eyes.

Because for those who love with heart and soul there is no such thing as separation."

2. “Raise your words, not voice. It is rain that grows flowers, not thunder.”

3. “Don’t grieve. Anything you lose comes round in another form."

4. “Whenever you are alone, remind yourself that God has sent everyone else away so that there is only you and Him."

Blake Burge 💡
@blakeaburge
20 of the smartest things that have ever been said: 🧵

"Holding onto your anger is like drinking poison and expecting the other person to die.”

“We are what we repeatedly do, Excellence is therefore not an act but a habit."

"Look at a day when you are supremely satisfied at the end.

It's not a day when you lounge around doing nothing; it's a day you've had everything to do and you've done it."

“There are only two great tragedies in life: one is not getting what you want and the other is getting it.” 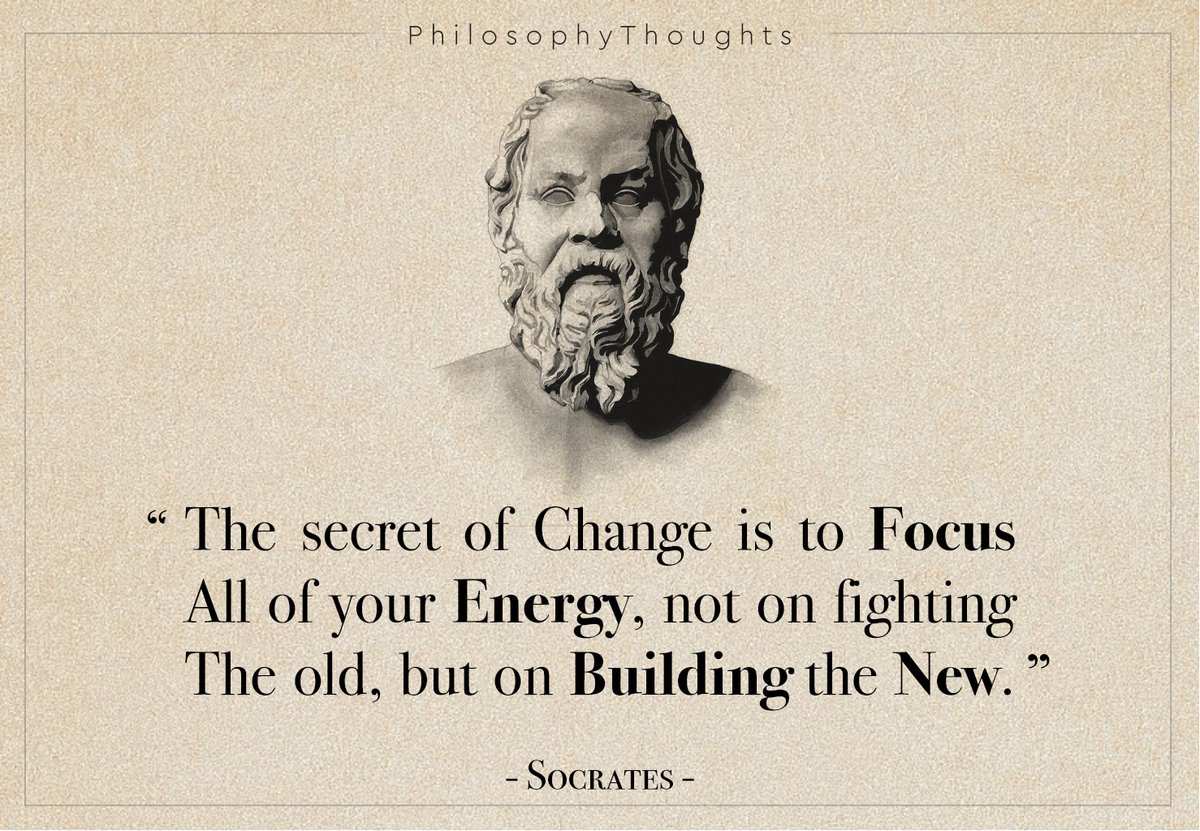 2. "Awareness of ignorance is the beginning of wisdom."

3. “The mind is everything; what you think you become”

if you get a bad one, you'll become a philosopher."

The map is not the terrain.
ALL , BUSINESS , PRINCIPLES 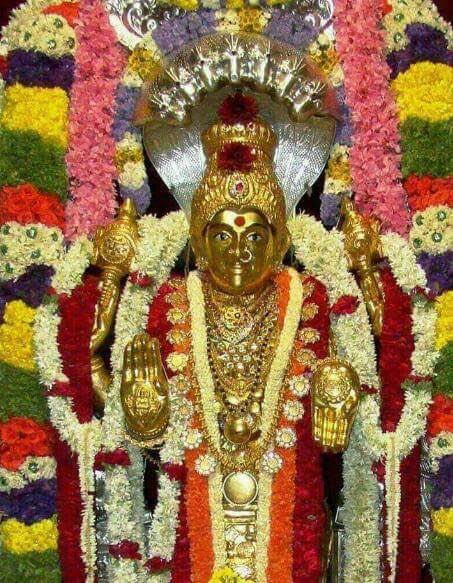 Maharshi Agastya is believed to have done pratishtha here.

Once, Shiva and Parvati had an argument. Shiva declared everything in the world including food to be Maya or illusion. To prove him wrong, Devi Parvati disappeared resulting in entire Earth becoming still. 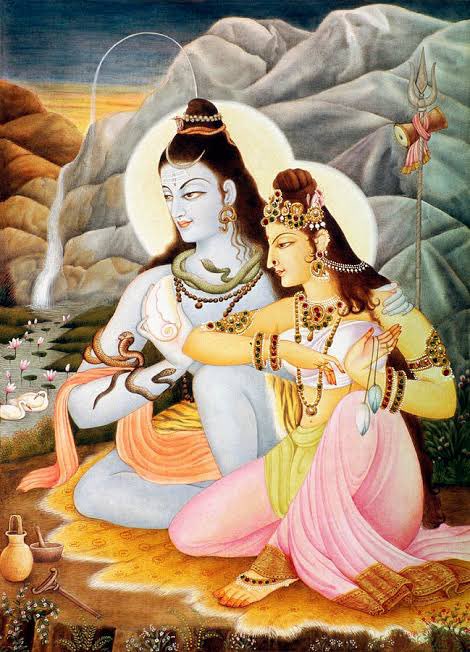 Taking pity, Devi appeared as Annapoorna and relieved everyone.
Another belief is that once Shiva beheaded Brahma and his skull got stuck in Shiva’s hand. He was cursed that till the skull is not full of food or grains, it will remain stuck to his hands. 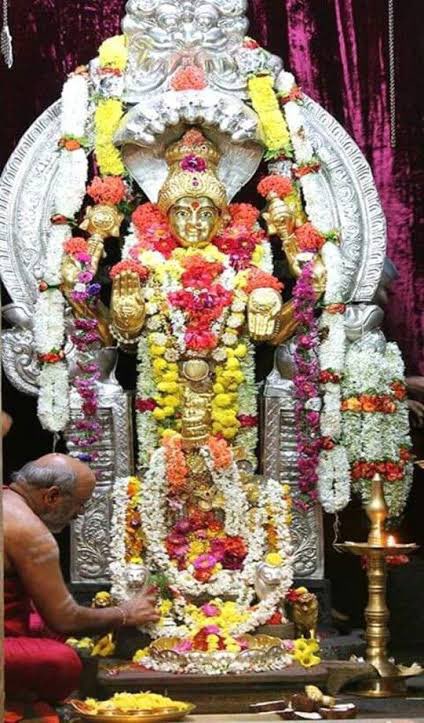 Shiva went everywhere and asked for food but the skull was never full. He finally came here and Maa Annapoorna filled the skull with grains and reversed Shiva’s curse.

It is believed that who ever visits Devi Annapoorna here will never be without food in their lives. 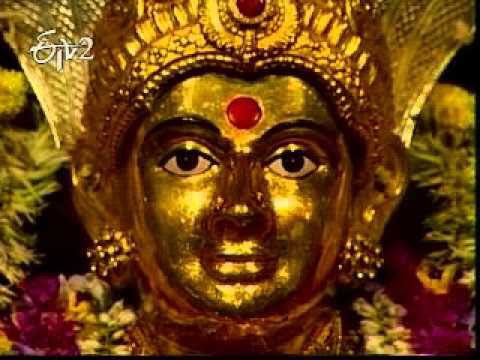 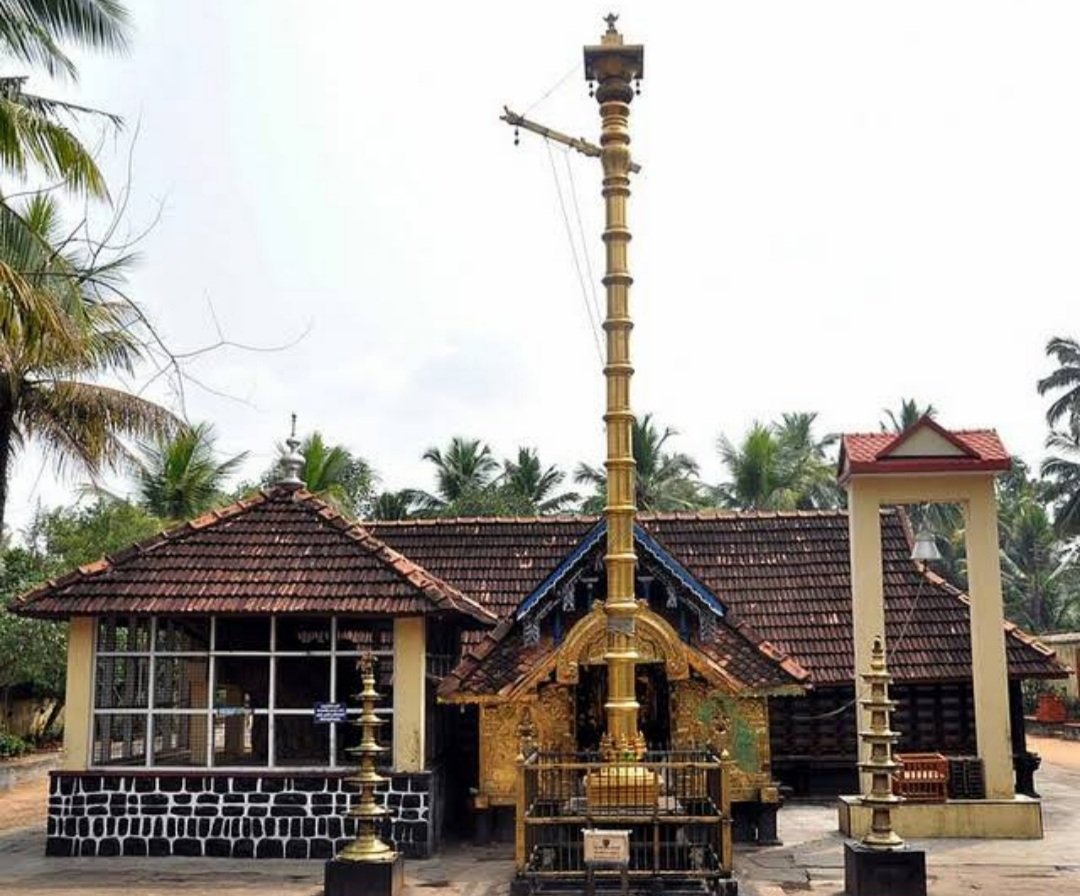 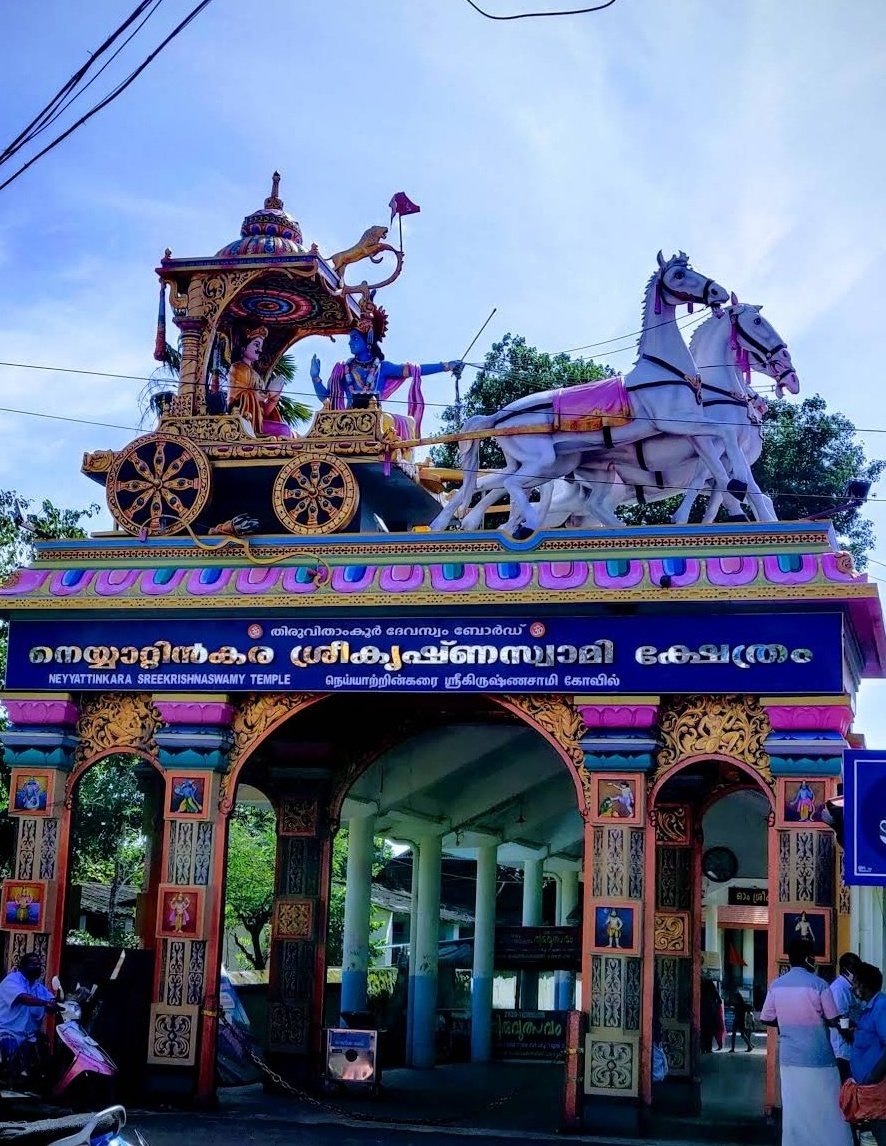 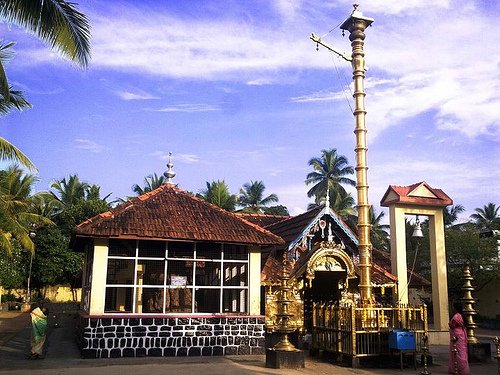 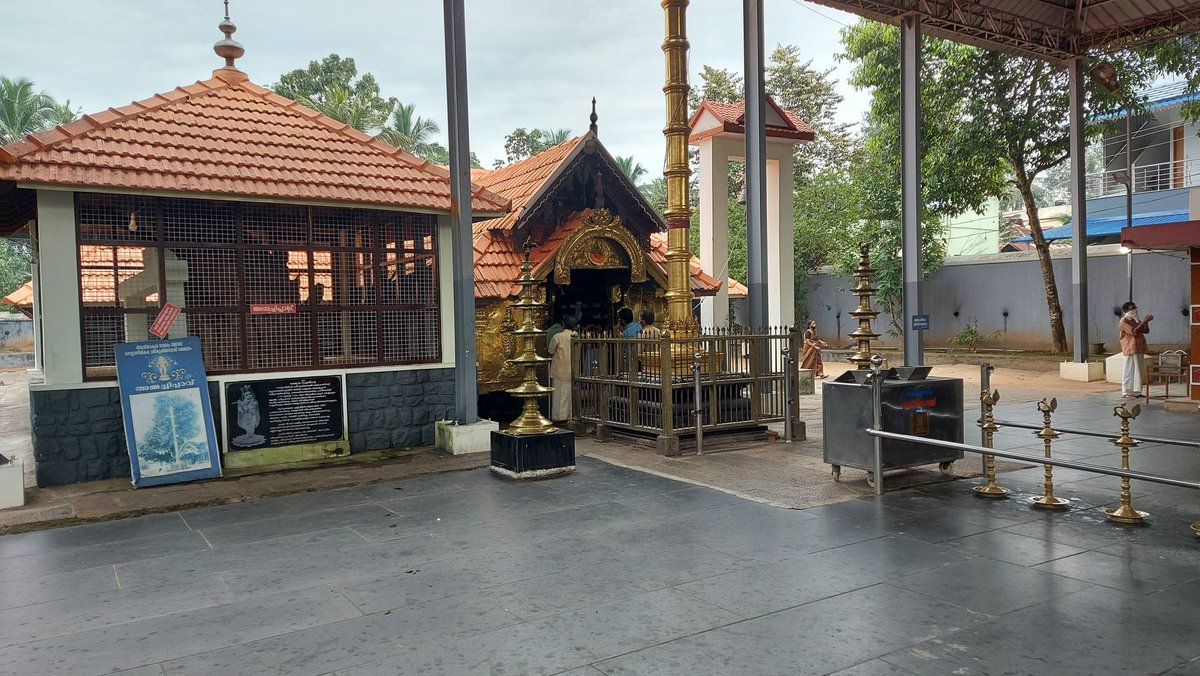