BC FUN
Saved by @jacobhtml

why do I hear boss music 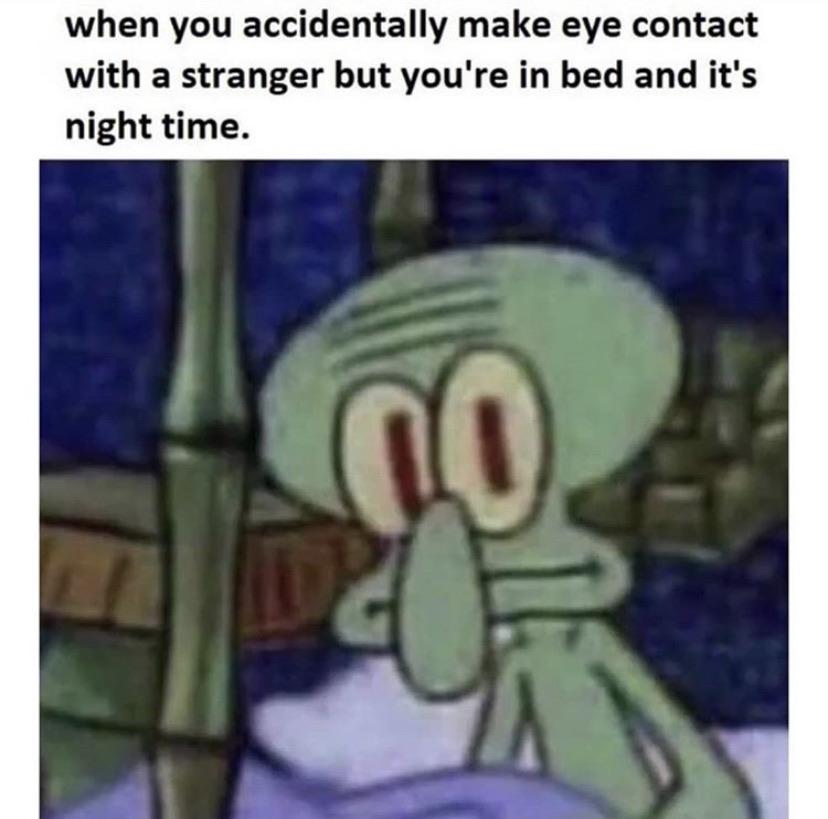 I'm just a cartoonist. What the hell do I know? 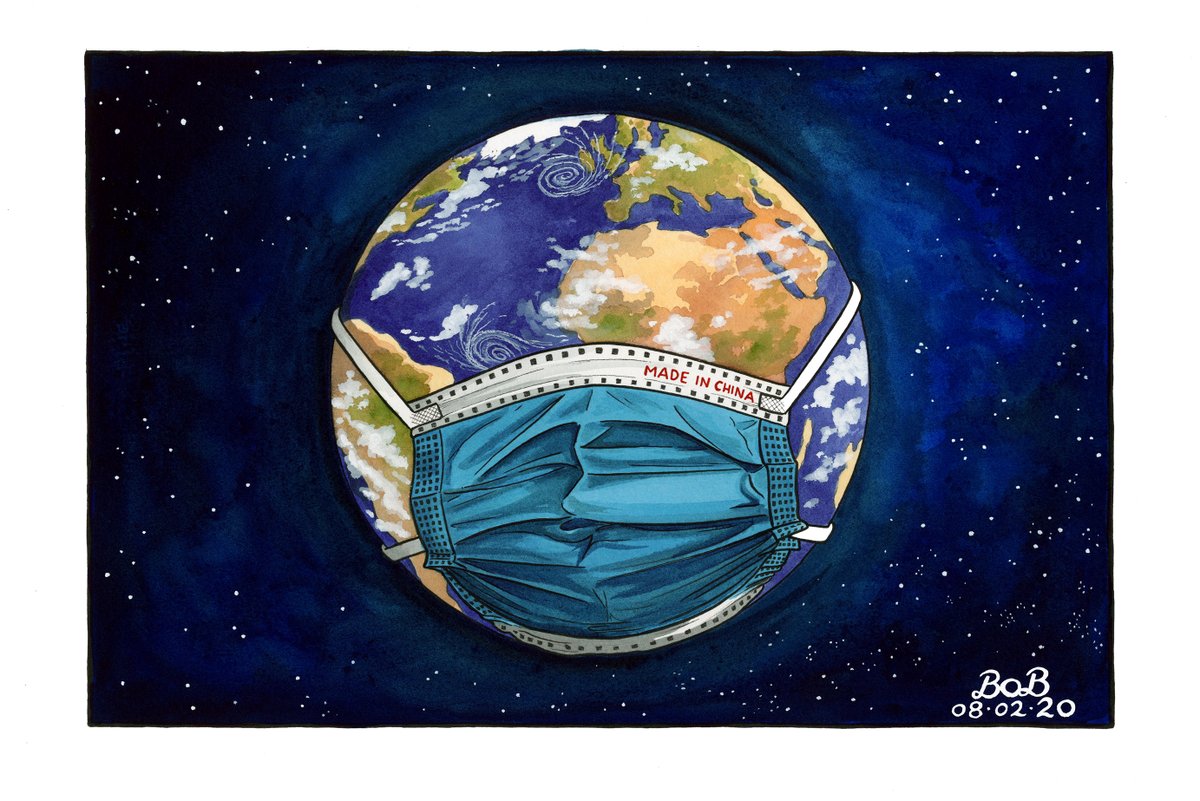 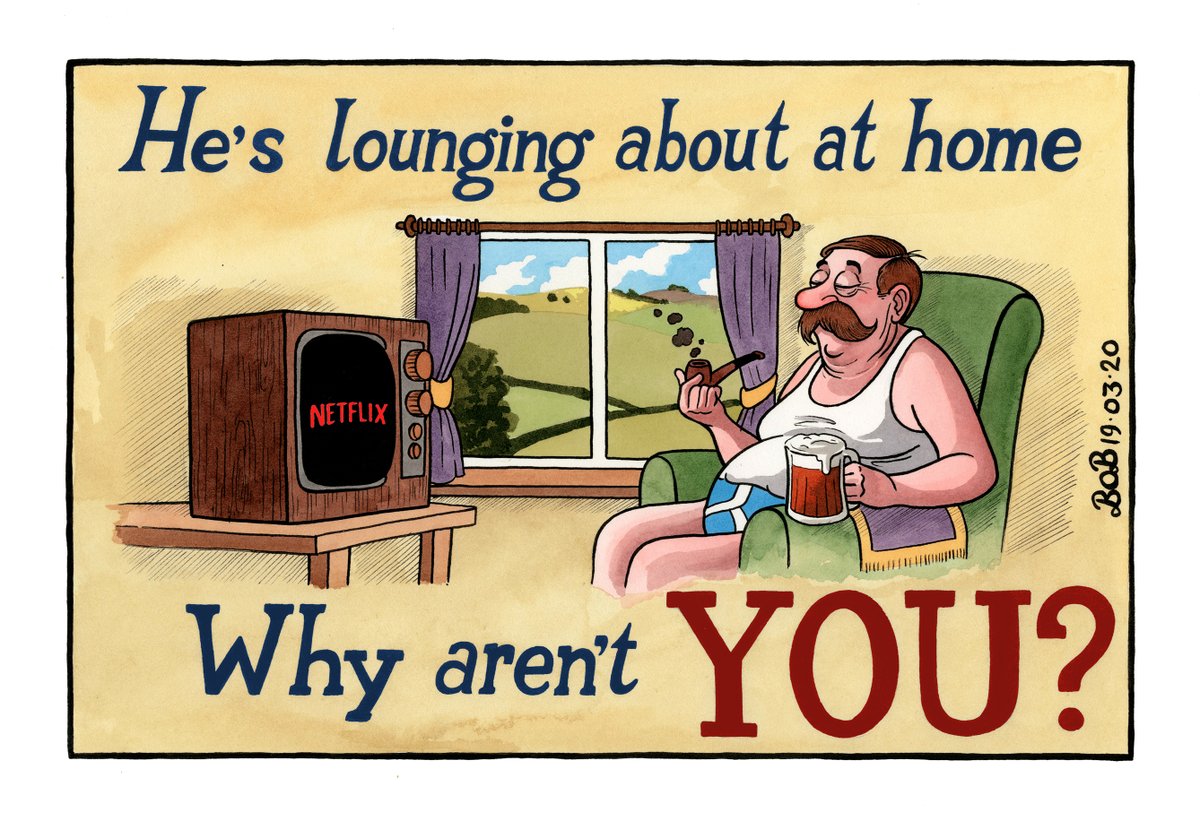 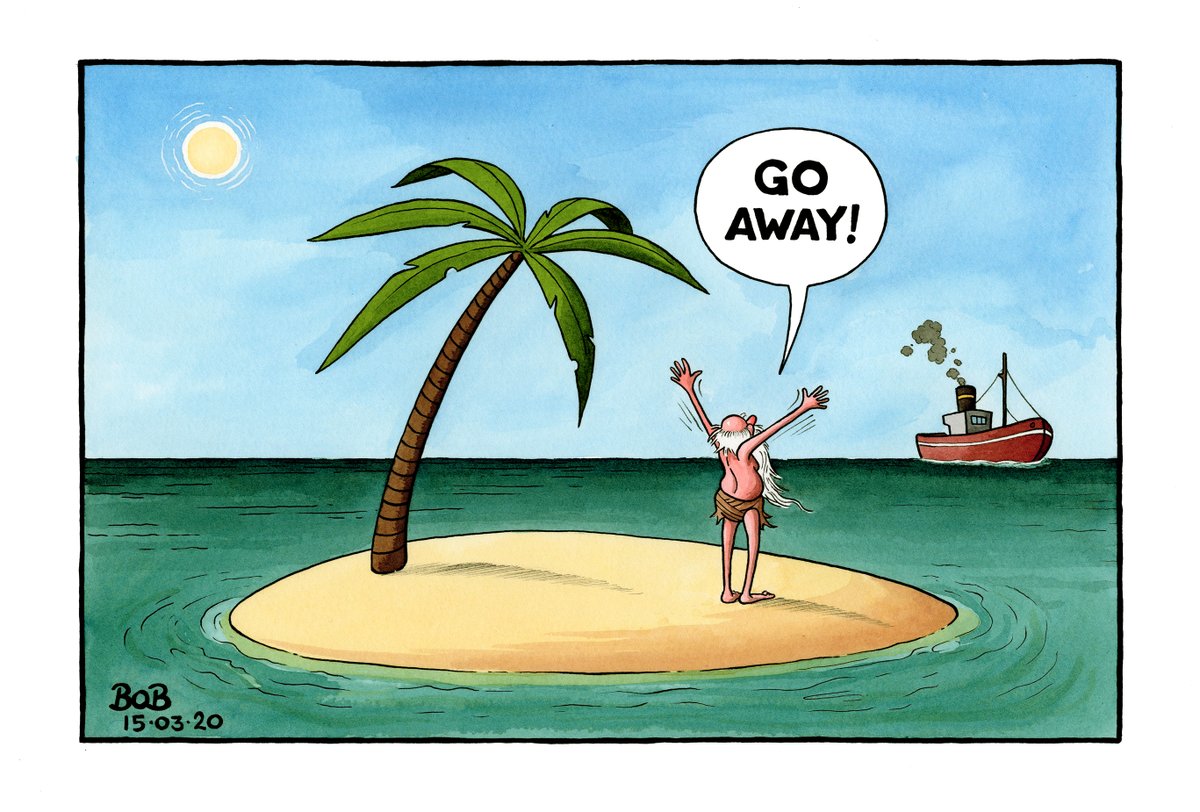 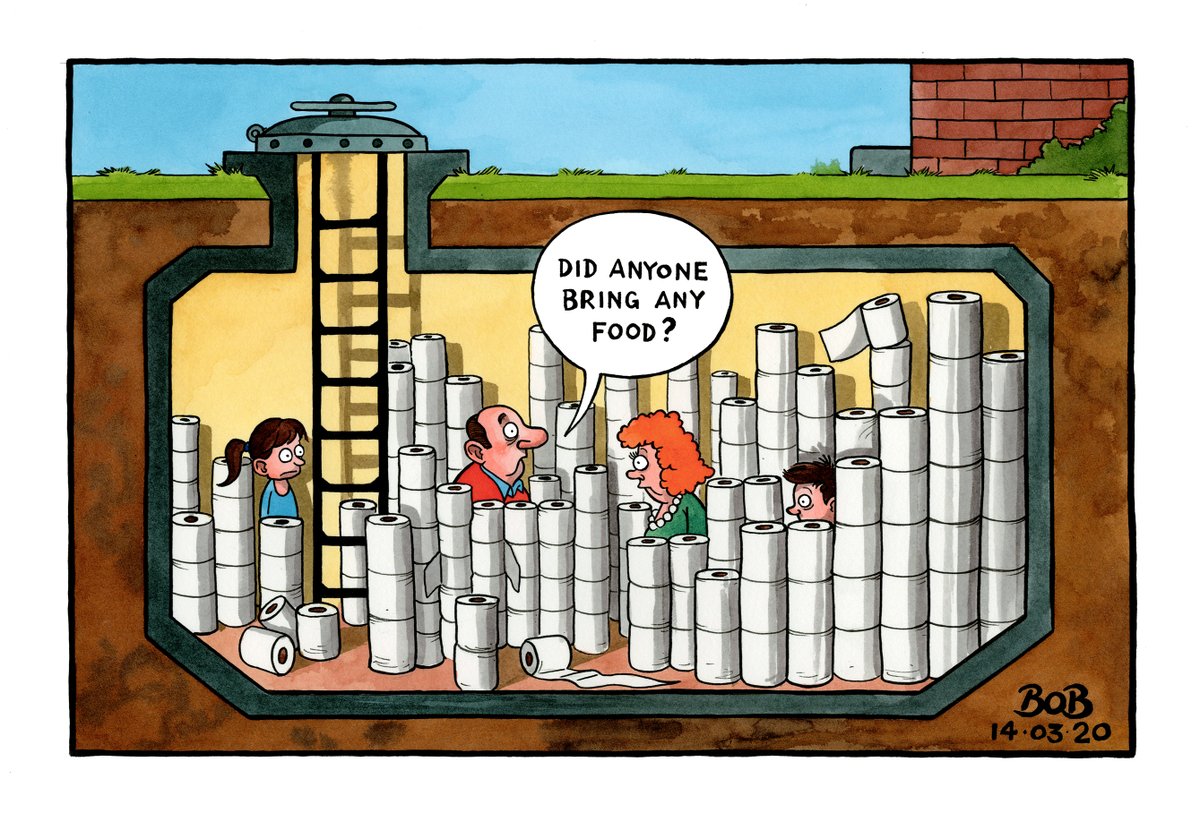 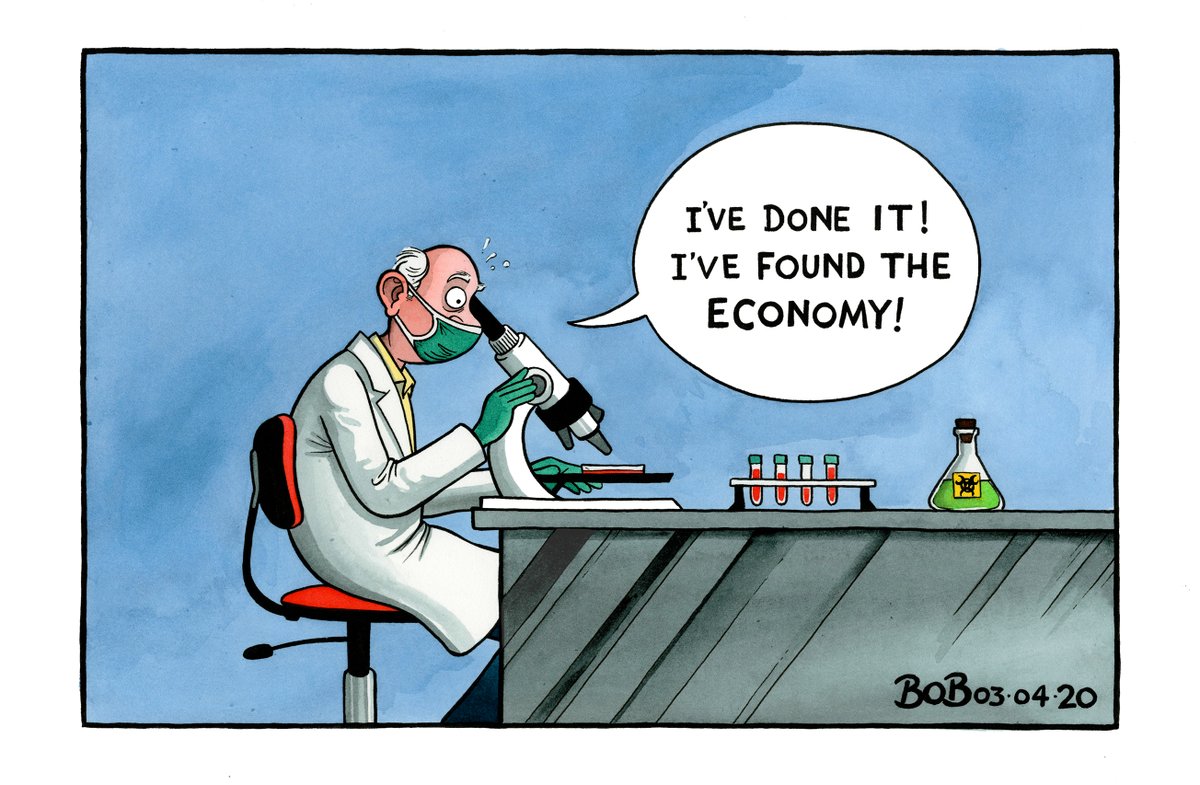 Maybe the best image of 2020. Kamala wearing a mask with nobody closer then 50ft of her

Frown your face, freeze your harvest!

Joy is your highway to high places in life!

If you carry a long face, then your journey will be long!

If you're not excited you will be exempted or simply replaced!
FUN , FOR LATER READ

🇺🇸I Support Our Milita...
@TheWiseOwl_AZ
1. We were informed that Tier 4B (us, the Internet Group) would receive 800# notification on Wed. 16 Dec. (A Shotgun Release of liquidity started on Mon. 14 Dec.).

Redemption Center personnel were scheduled to work for the next nine days from 8:30 am to 8:30 pm until...

The general public would begin exchanging at the new International Rates on the first banking business day after the Christmas Holiday.

A. The RV, NESARA, GESARA, Restored Republic and Martial Law

3. According to Charlie Ward we began the Ten Days of Darkness on Tues. 15 Dec. The Ten Days would finish Dec. 24 Christmas Eve with the US going into NESARA and then the rest of the world would go straight into GESARA on 1 Jan. 2021.

4. Every single country and territory has agreed to GESARA. The UK government corporation was liquidated in Oct. last year and it was finalized last week. France has started breaking up their Parliament. Everything needed for implementation of NESARA/GESARA was finished.

5. Trump’s Christmas present: In a recent Executive Order President Trump declared that all government agencies (except for essential ones) permanently close on Dec. 24 2020. Trump had that authority since we were already under Martial Law (the US had been functioning under...

Warrior Axom
@WarriorAxom
I am a student of DHSK college, Dibrugarh. I belong to 1 st Sem , History Department. And my generic subject is Political Science. Our history professor Mr Abhijit Baruah on our first day said
1) You Hindus don't have any history
2) If you want to study real history contd...

then study Islamic& European history.
3) He is a hardcore communist ( urban naxal I must say )

4) He says you hindu people don't have any history coz you people were busy writing about your imaginary Gods.

Students of JNU and overall all the student community. He says Lala Lajpat Rai & all the nationalist politicians of that time were casteist including former President of India Mr Rajendra Prasad.

a long time. Now what should I do ? Should I stand against them. Should I oppose them ? My inner Hindu does not allow me to tolerate anymore.
Should I complain ? But to whom ? Anyone can be an Urban Naxal . Whom to believe? Should I think about my career & keep quite (5)
INDIA
Advertisement

Suhas S. Hardutt
@HarduttSuhas
THE BATTLE OF TALIKOTA and the destruction of Vijaynagar (Hampi)
26 January 1565

A tale of valor, deception and decimation.

A grim reminder that if we fail to protect our heritage, it will eventually crumble under the onslaught of "forces of anarchy".
(Elaborate thread) 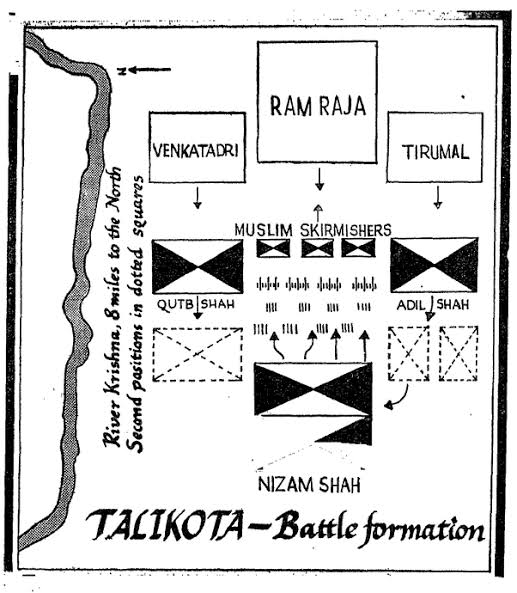 This decisive battle was fought between the Vijayanagara empire and the Deccan sultanates resulting in a rout of Vijayanagara and ending the last major medieval era Hindu kingdom in south India.(1)

The seeds of 1565 encounter were sown more than 250 years earlier when the forces of the Delhi Sultanate, during the time of Alauddin Khilji and later Md Bin Tughlaq swept through southern India in an expansion spree.(2)

By middle of the 14th century, facing rebellions, Tughlaq withdrew to Delhi, leaving behind 2 empires, Bahmani, which ruled the Deccan from Kalaburagi, and Vijayanagara, which ruled most south India with its capital at Vijayanagar.(3)

The Raichur Doab, between the Krishna and Tungabhadra rivers, existed as a natural boundary between these two kingdoms, with wars often breaking out over control of this territory.(4)

Ma Kanakadurgeswari is the supreme Goddess of Andhra Pradesh, seated atop the Indrakilaparvatha at Vijayawada.
This area is called Bezawada as Shiva made a bejjam (hole) in the rocks so that Krishna river could flow freely. 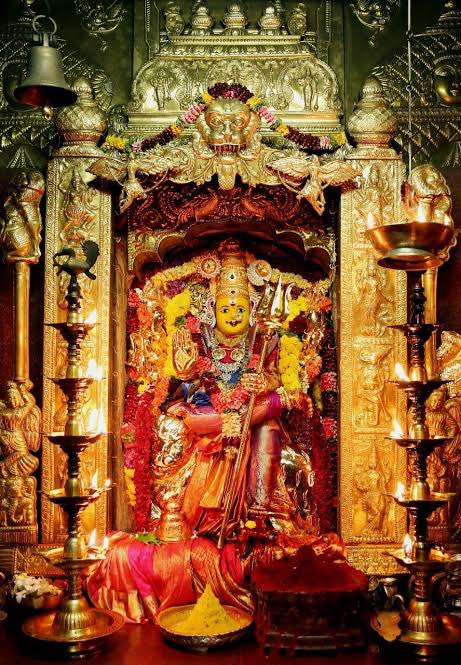 Once, a Rishi Indra Keela prayed to Devi and asked her to reside on his head forever. Devi told him to wait in the form of a mountain in the holy plains of River Krishna.
Later, when Devi killed all demons, she settled on Keeladri as Mahishasura Mardini and fulfilled his wish. 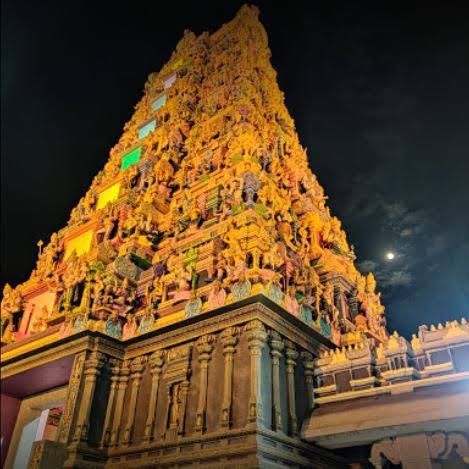 In this place, Arjuna performed penance and fought with Shiva, who had appeared in the guise of Kiratha to win Pasupathastra, the most powerful weapon. So this place is also called phalguna theertha and Vijaywada on account of Arjun’s victory. 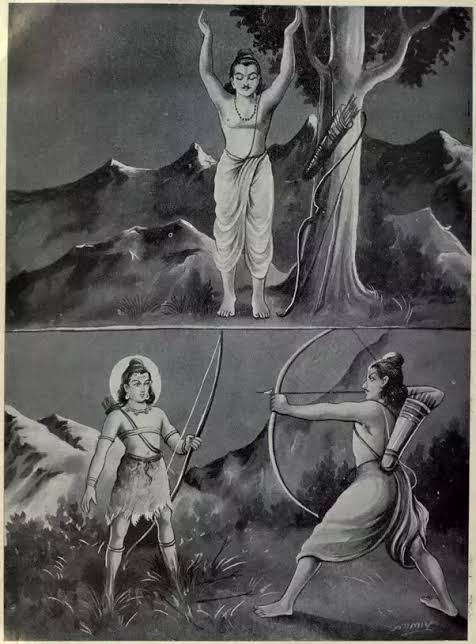 Adi Sankaracharya visited this shrine and worshipped the Devi. He installed SRICHAKRAM at the feet of Sri Kanaka Durga.

Adjacent to the Kanakadurga shrine is the shrine of the divine consort-Sri Malleswara Swamy on the Indrakeeladri. 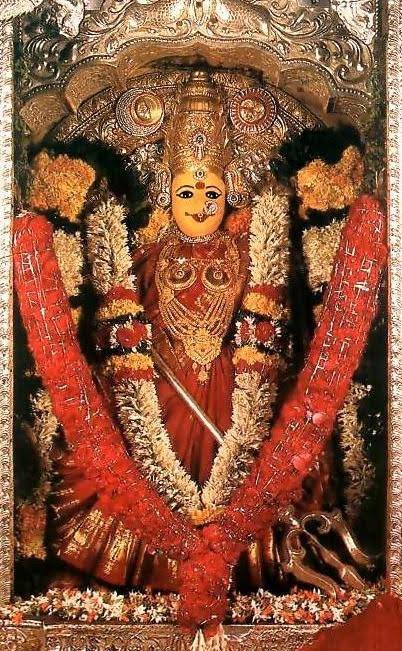