Black movie goers know which movies are for us and which films aren’t. We really don’t like our stories being made into films that center (and humanize) people that hate us. The filmmakers/studio know that by naming the film “The Green Book”, black movie goers...

...are going to be expecting a story about black people trying to safely navigate the country (real history) and instead will get a white savior film. Like folks went to see Detroit thinking it was about the riots...
Anywhoo, I know Mahershela is fantastic in it. He was the best thing about the trailer. As rich as the history behind the creation of ‘The Green Book’ is/was, as amazing as Dr. Don Shirley’s story is, WHY is this film about a random, racist driver and his family?
This feeds into the ignorant anti-Black American stereotype of “Black Americans don’t have any culture/history/mythology” or whatever. That our stories are still both being used while simultaneously erased in 2018 is wild to me. It’s gonna clean up come award season. 🤦🏾‍♀️
And now, if black filmmakers WANTED to make a film about The Greenbook, guess what it can’t be called🙃. Just like if someone wanted to make a film about the actual Detroit riots, guess what it can’t be called? Then those filmmakers would run into...
...”those stories have been told already/it’s been done before...”. Has it tho???? Have those stories been told??? Stories like this make it hard for the ACTUAL stories to be told. Ain’t that some shit?
Jesus, there are people still alive who had to use the ‘Green Book’ and were traumatized by people like the driver and his family, and they’re supposed to sit & watch this film?With their families? Over the holidays? 😢
It’s frustrating because I know Mahershela is acting his ass off. I like Aragorn...I mean Viggo alot too but this story should not be centering him. Both story’s (The Green Book and Dr. Don Shirley’s) are too rich and historically important to cheapen the film in this way😢
https://t.co/CDwE8ZVGcc

\u201c...the movie exists almost exclusively to allow white moviegoers to nod sagely about \u201chow far we\u2019ve come\u201d before calling the cops on their black neighbors for not waving hello.\u201dhttps://t.co/reMFmRtH6F via @Jezebel

The homie @BrookeObie wondered, "When will Hollywood stop centering white people in Black stories? If the much-lauded Peter Farrelly film 'Green Book' is any indication, no time soon."https://t.co/TSeshZpqGG

If you're interested, here are Black folks writing about #GreenBook: @battymamzelle called it "a film about a racist white man making a black friend because he is suddenly given a financial stake in that man\u2019s well-being."https://t.co/Jr2BdJK40P

Brian The Great
@BrianTh37895972
All warfare is based on deception.

Everybody assuming Trump hasn't been working furiously behinds the scenes to affect certain outcomes were wrong.

They based their assumption Trump doing nothing & just hoping for the best on the surface of things.

As they were supposed to.

Pulp Librarian
@PulpLibrarian
At it's #NewYearsEve we're going to end the year by playing the Agatha Christie game!

I'll show you the book cover artwork by Tom Adams, and you guess the Fontana edition Agatha Christie novel it's from.

Here's your first one... 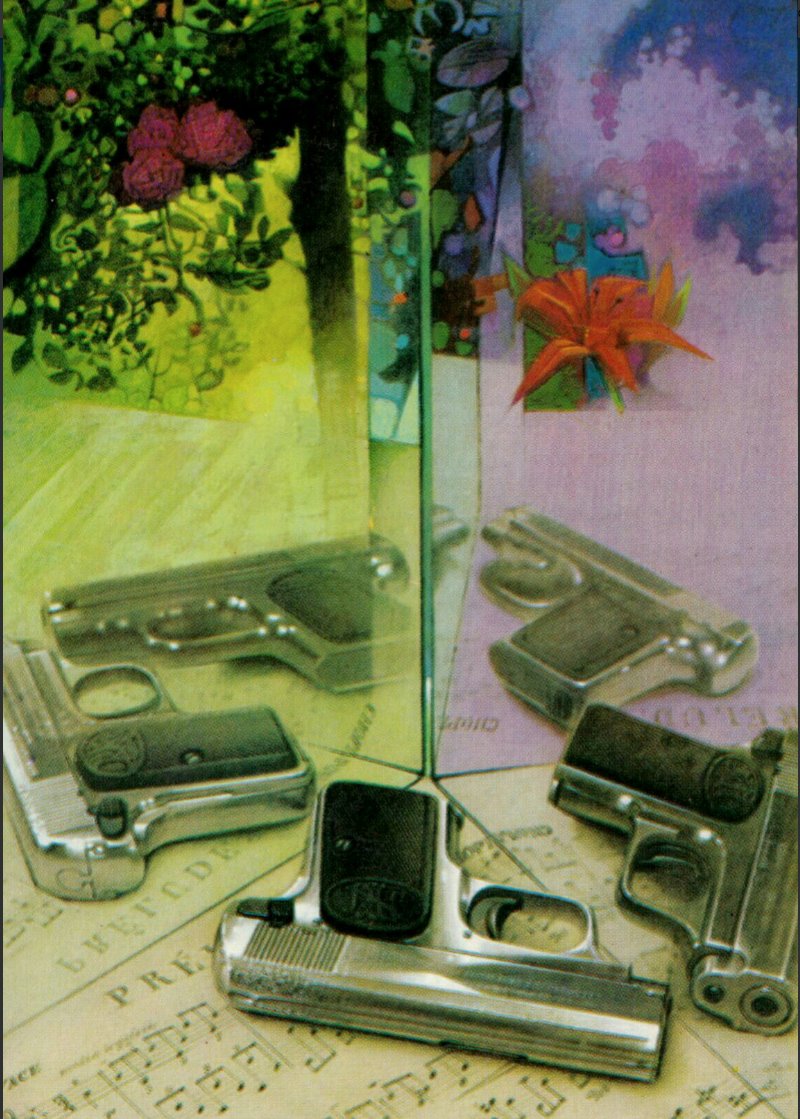 A little bit trickier for question 2... 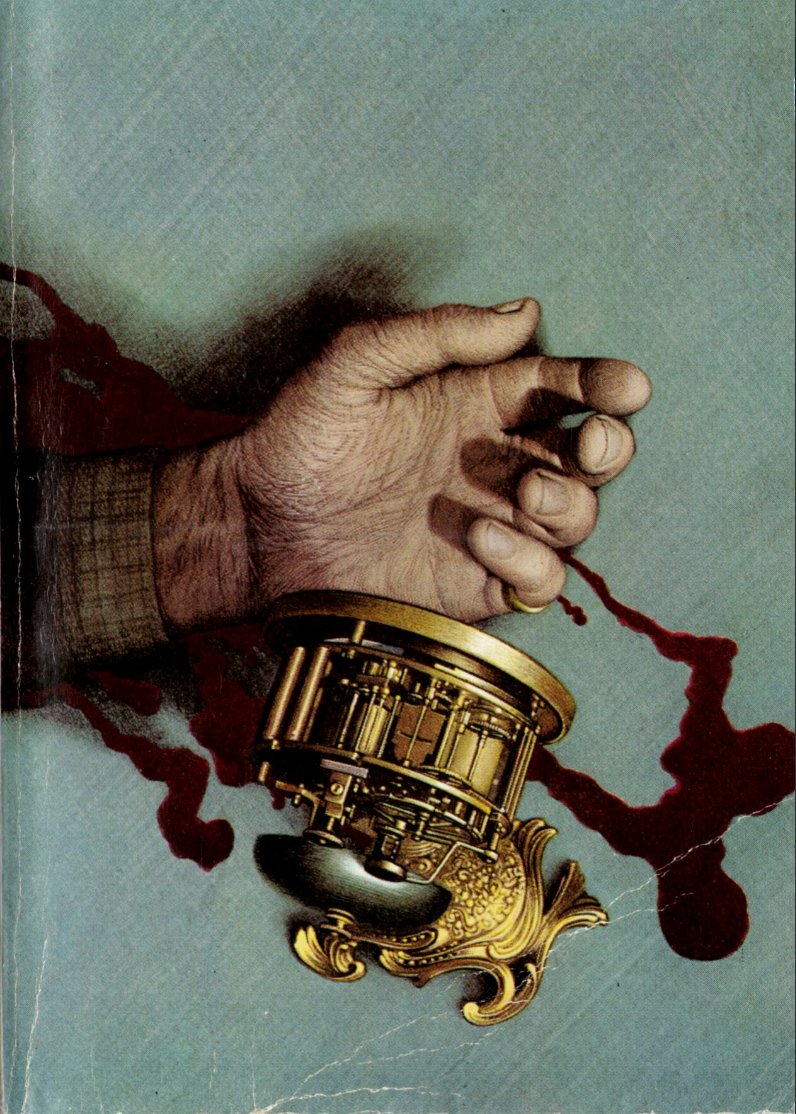 A lot trickier for number 3, but the clues are there if you know your Christie... 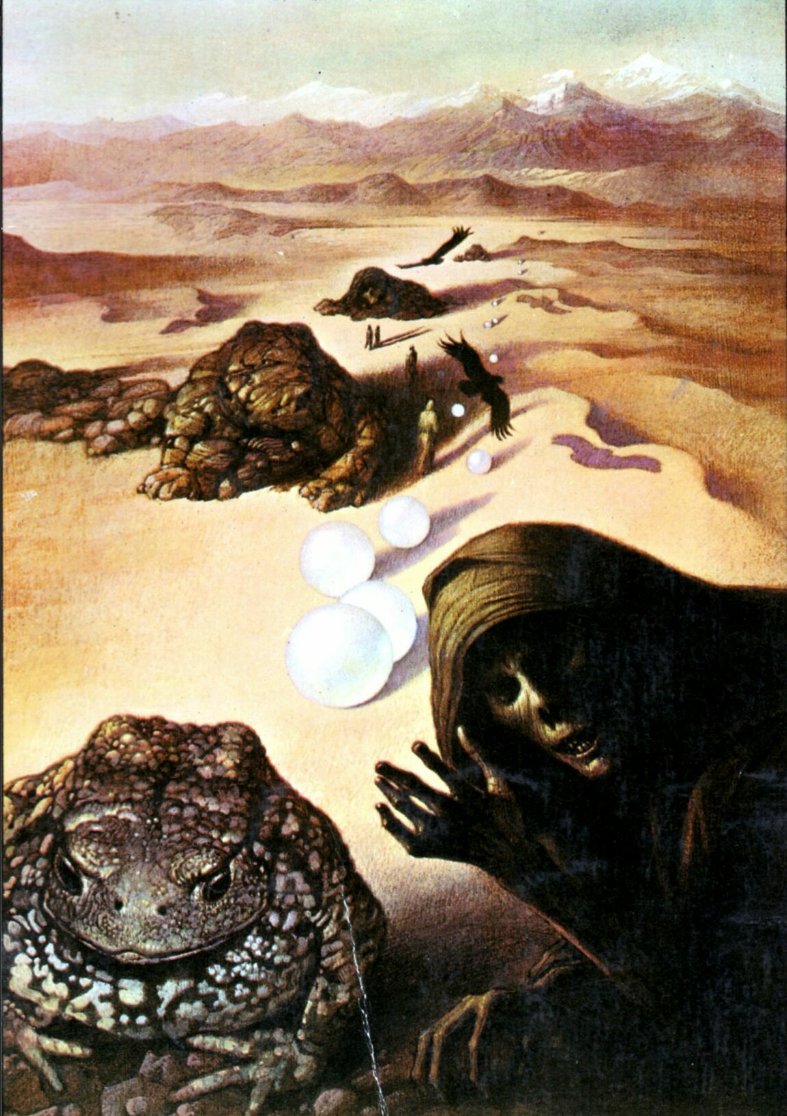 And here's your last Agatha Christie cover for this round - quite a famous one.

I'll post the answers in a bit, so get your guesses in now please! 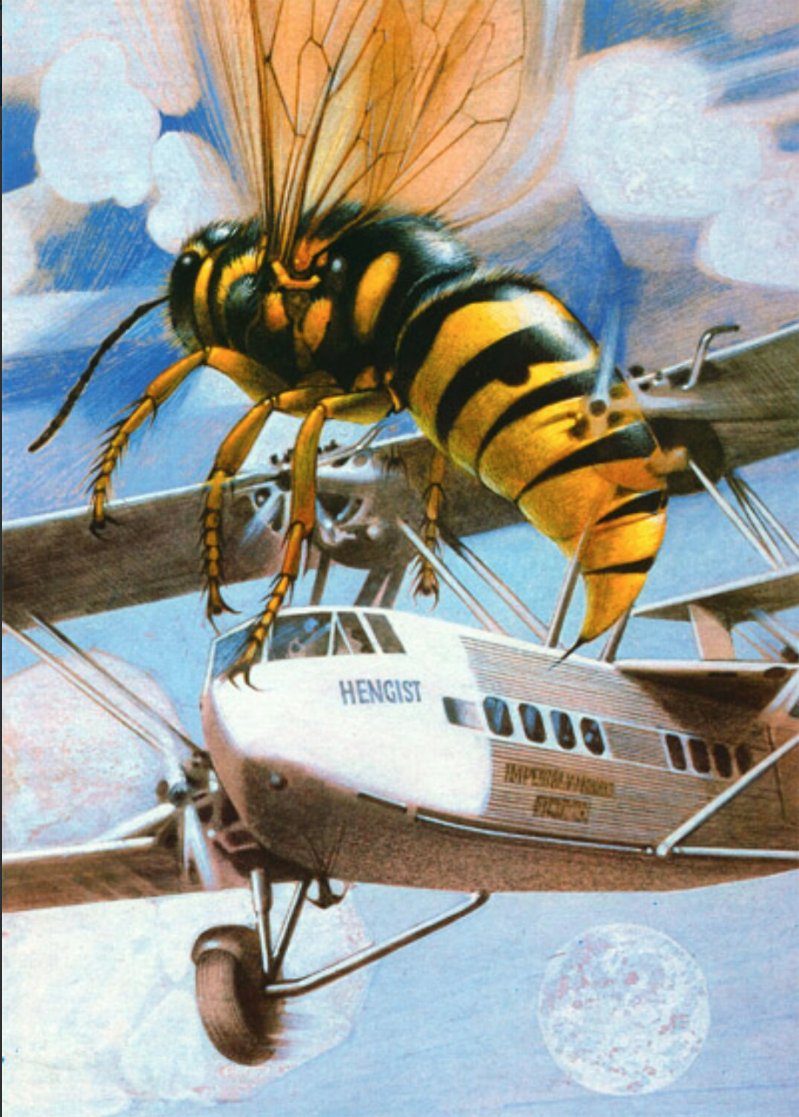 Here are the answers to round 1 of the Agatha Christie game. I hope you got a few right, as round 2 will exercise your little grey cells a little bit more... 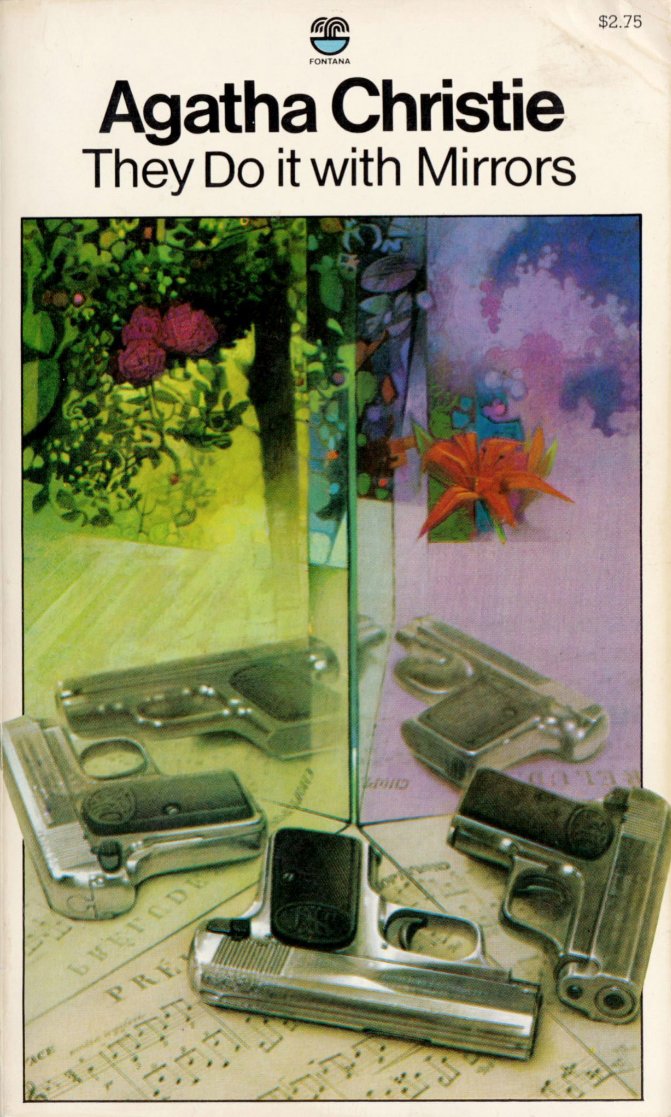 Cory Doctorow #BLM
@doctorow
One of the most Monkey's Paw things about my life is my relationship to books. When I was a teenager, I read all the way through the school and public libraries, spent everything I had on books, and still couldn't get enough and dreamt of more. 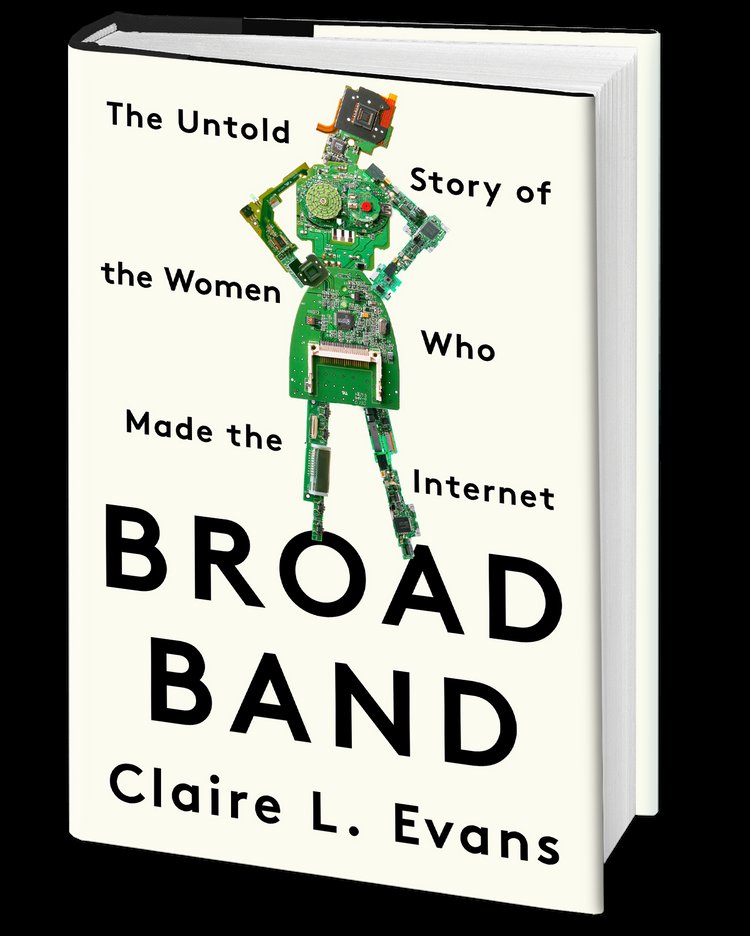 Today, as a reviewer, I have more books than I can possibly read, huge, teetering mountains of books that I'm desperate to read, far beyond my ability to ever get through them. Periodically, I declare "book bankruptcy," sweep away the backlog and start over.

Even then, my eyes are bigger than my stomach: I keep back a few books that I can't bear to part with and promise myself I'll read them someday. Usually I don't, but I just did, and boy did I ever make the right call with @TheUniverse's BROAD

I have read a LOT of histories of computing, and I had a front row seat for a lot of the events depicted in this book - people I worked with, people I worked against - and yet I was surprised over and over again with details and perspectives I'd never encountered.

For example, for some reason, my ninth grade computer science course included lengthy readings on ENIAC, Univac, the Mark I and the Mark II, but none of those mentioned that they were all programmed exclusively or primarily by women. 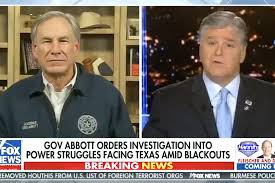 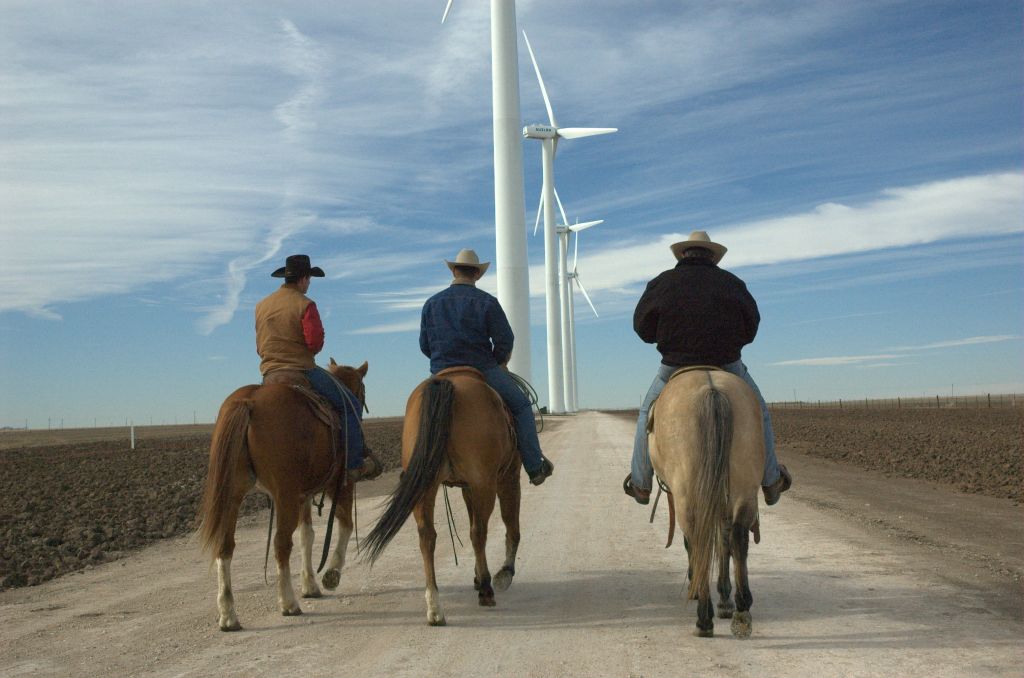 @amuse
@amuse
STAR WARS GENOCIDE THREAD: If you're a Mandalorian fan you are no doubt aware that @ginacarano was fired by Disney for explaining on Twitter how the same sort of behavior Democrats are engaging now in resulted in the holocaust. The left-wing mob wasted no time proving her right. 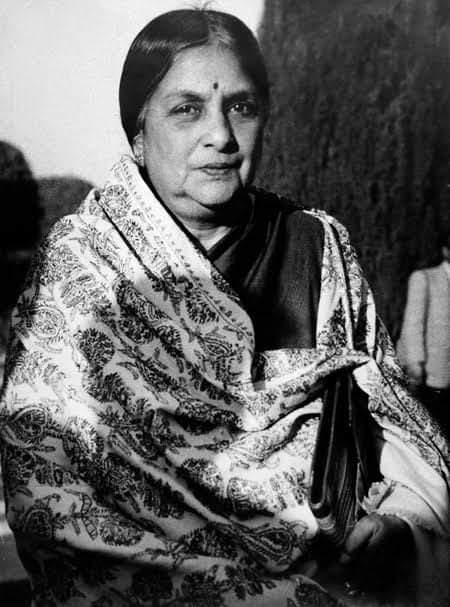 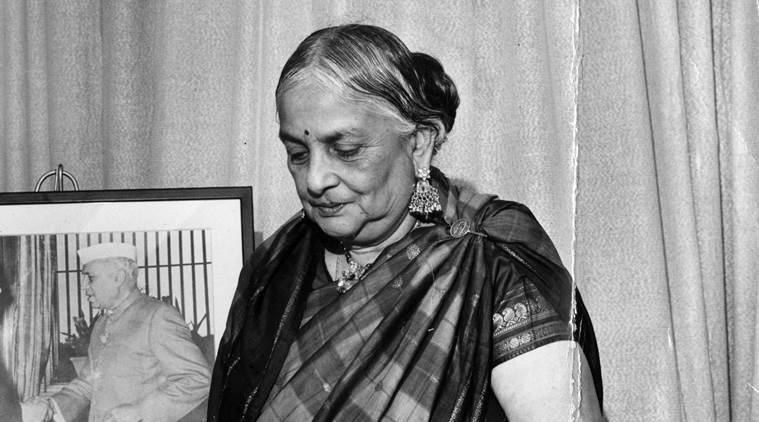 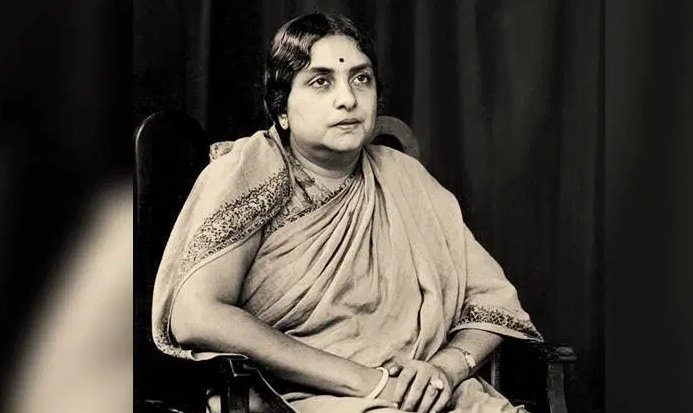 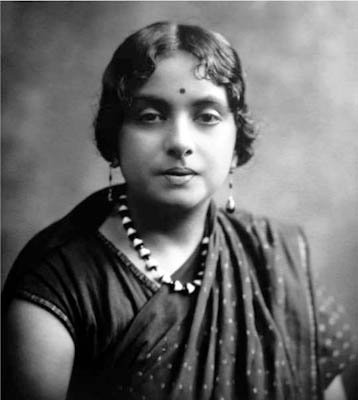 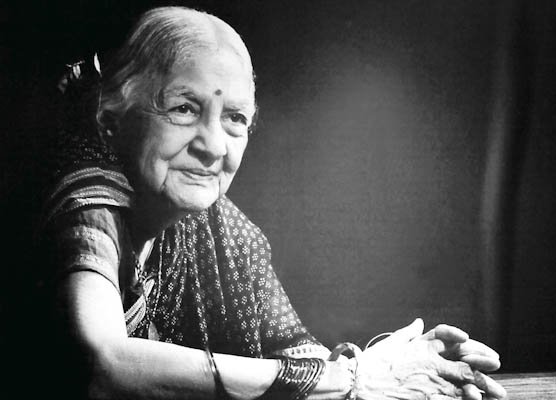 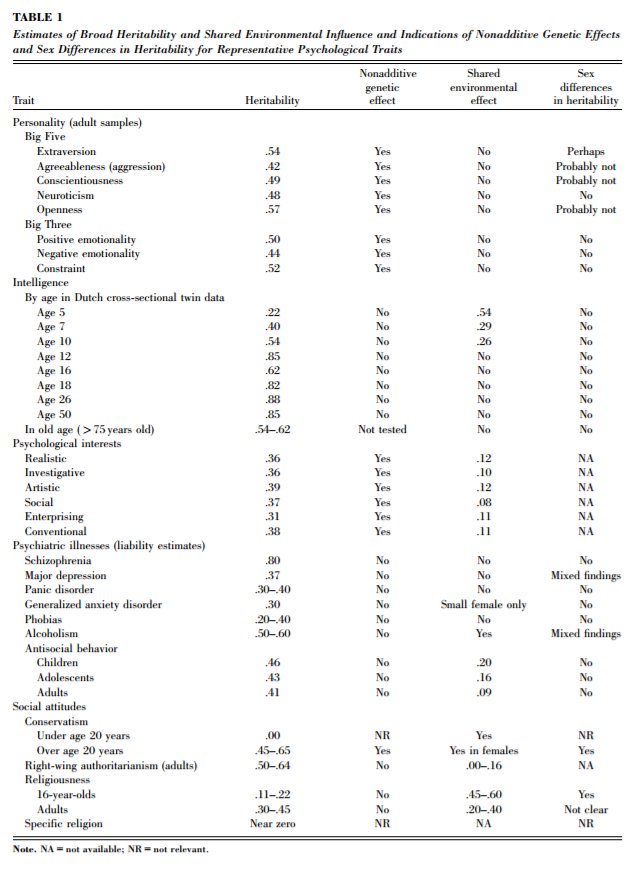 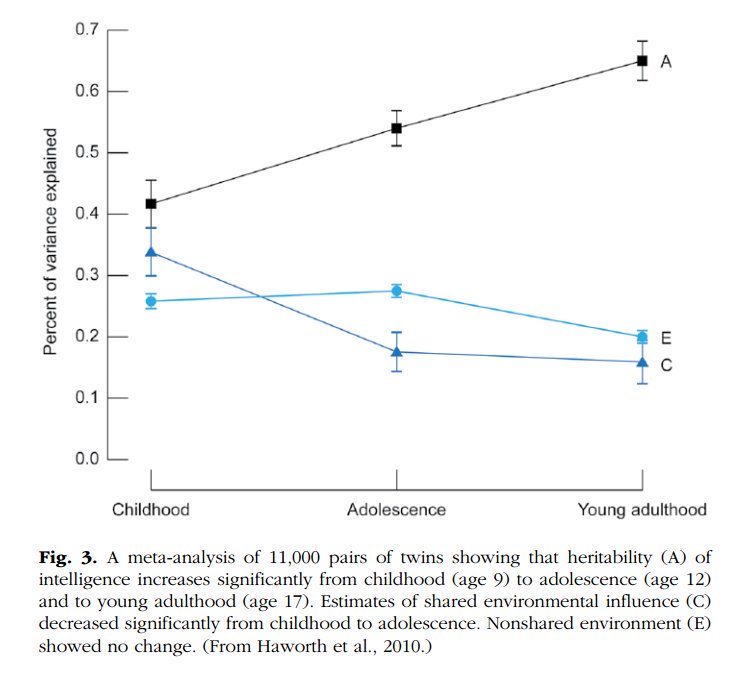 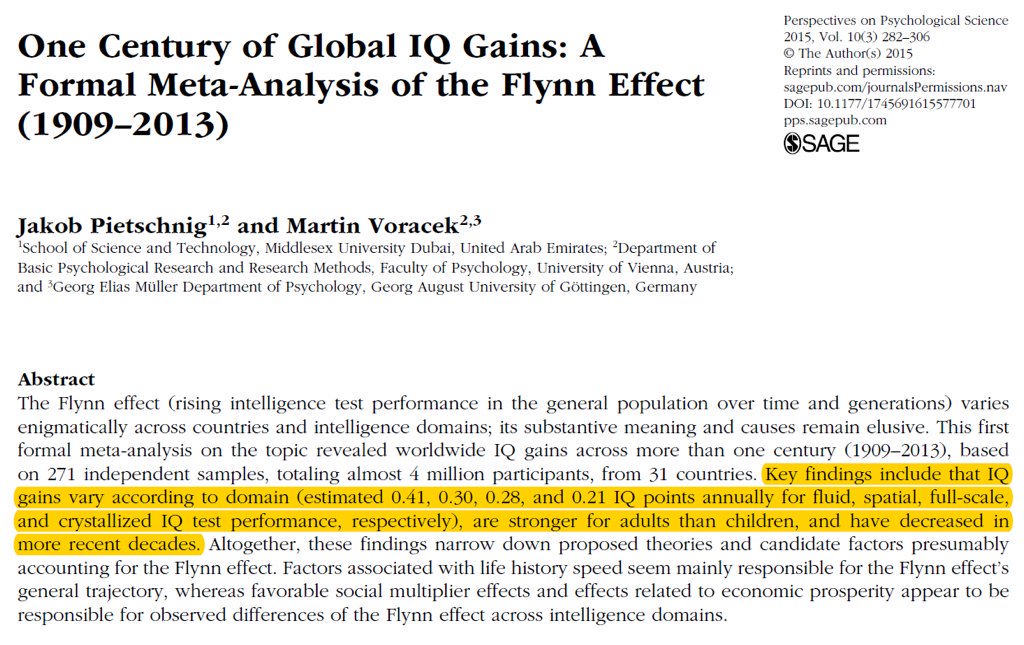 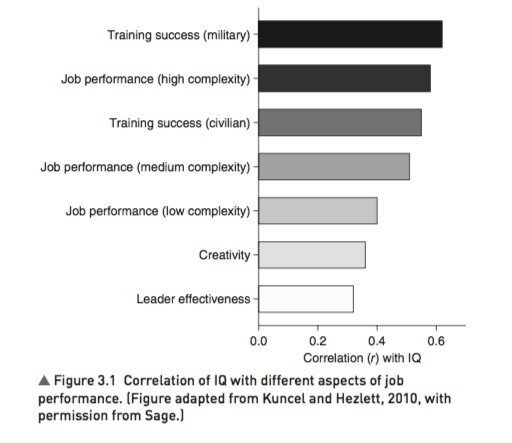 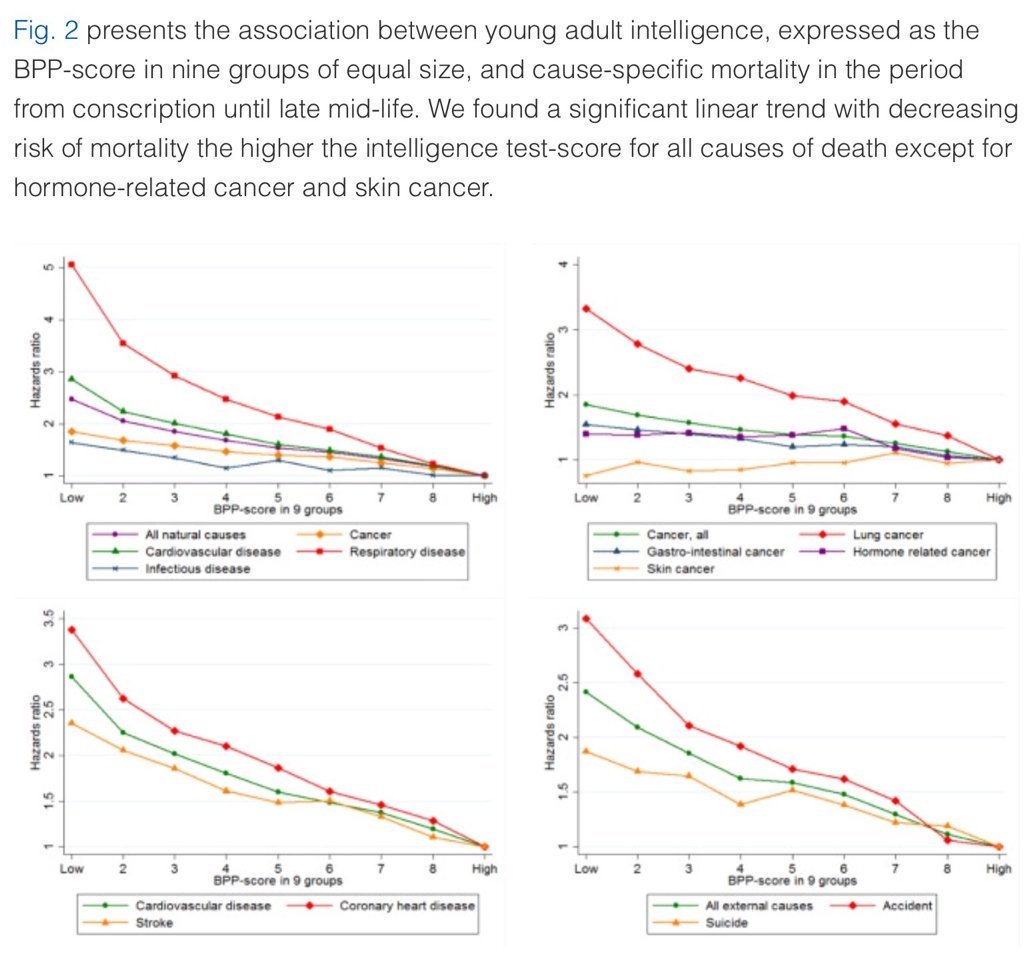 Yaneer Bar-Yam
@yaneerbaryam
I have been working on pandemic outbreaks for 15 years.

There is a misunderstanding of the difference between the response in much of the West, versus successful countries (including New Zealand and Australia).

1.Reactive versus proactive and goal oriented.

versus starting with high restrictions to arrest transmission and relaxing restrictions only when the number of new cases is so low that contact tracing or localized short term action can stop community transmission (green zone strategy, including localized "fire fighting").

5.Focusing attention on few individuals resistant to social action because of shortsightedness or selfishness, versus recognizing the vast majority do the right thing if given clear guidance and support, which is what matters for success, as elimination is a robust strategy. 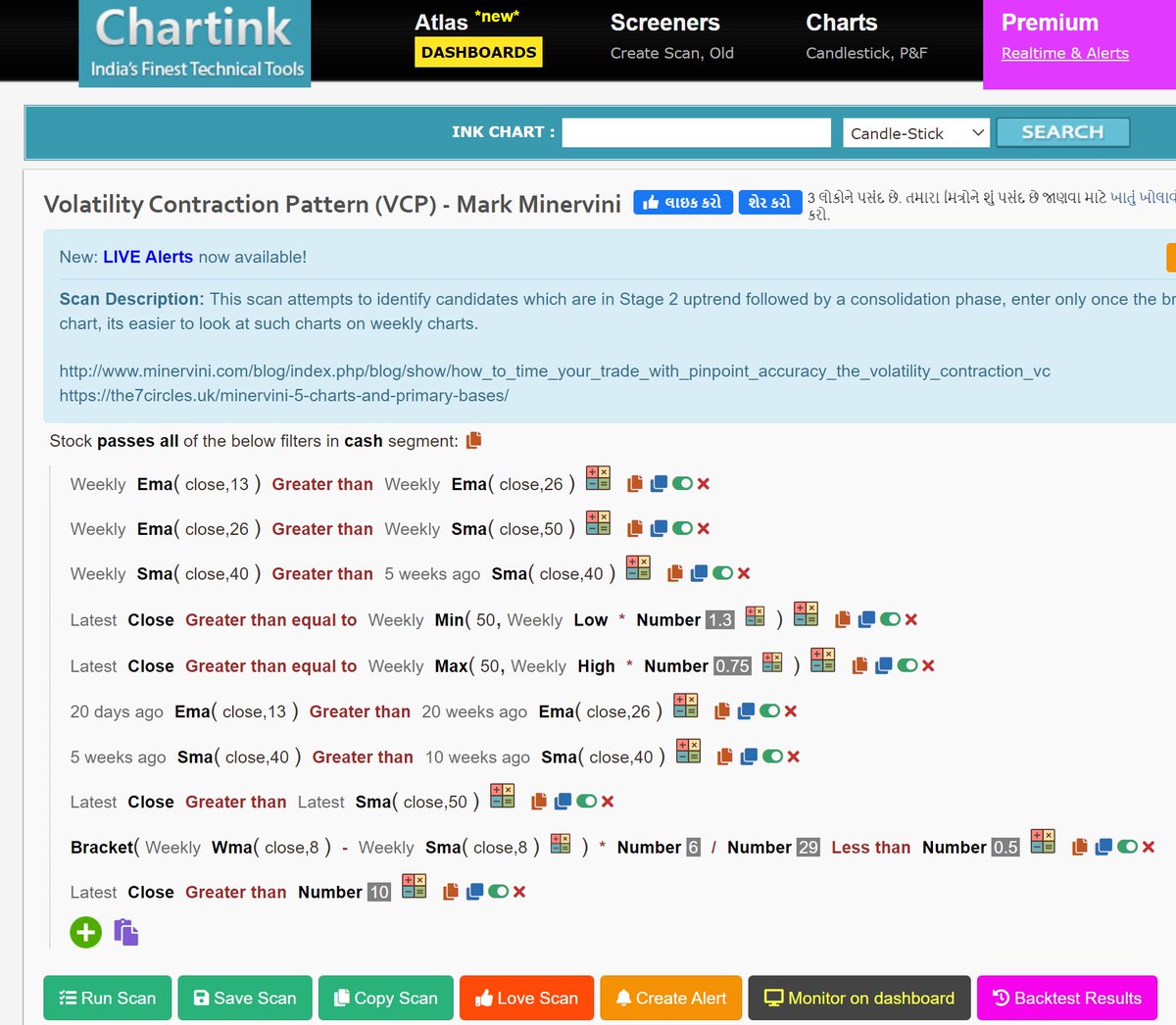 Cancel the Dementiacra...
@STUinSD
Thread – The Buffoon in the White House (Irony)

1. A pal passed this to me the other day, and I saved it for today. The author is unknown (at least to me), but this has been posted on a number of blogs. An excellent read!
POLITICS