David Frum
@davidfrum
Trump tweets about his health remind me of a story my late father-in-law Peter Worthington told about covering the Six Day War in 1967 ... 1/x

Pete was in Cairo on the day the war started. He was awoken early by air raid sirens. He turned on Radio Cairo to listen for news. Time passed until an announcer delivered a bulletin. "The Zionists attacked at dawn. We shot down six of their planes and suffered no losses." 2/x

Pete shaved and prepared to go visit the air ministry for himself. The announcer returned to the air. "Update: we shot down TWELVE Zionist planes and suffered no losses ourselves."

He understood the Egyptians had suffered a bad defeat. 3/x

He finished dressing, knotted his tie, and the announcer was back.

"Update again. We shot down FIFTY Zionist planes and suffered no losses ourselves."

That's when he realized that the entire Egyptian air force had been wiped out.

(NB I may have the figures wrong in the anecdote, I'm telling the story from memory, but you get the idea.)

David Frum
@davidfrum
You're hearing a lot of talk about "irregularities" in the election of 1876 that led to a "disputed" outcome. What is being referred to in this hazy terms?

Across the state of South Carolina, white conservatives had used terror and massacre to deter former slaves from voting in 1876. Here's the story of an attack upon the small town of Hamburg in July

Hundreds of black South Carolinians were killed by white conservative militias. Blacks fought back in many places, but they were out-gunned.

The killings were not spontaneous outbursts. They were part of planned campaign of anti-black voter

Some of the elements of the conservative plan to suppress black votes in South Carolina in 1876 sound queasily familiar in our own time, adjusting for the antique language and technology.

But back of it all was terror and violence, more violence than could be contained by the limited federal forces in the area - who were anyway constrained by the white conservative Democratic House majority elected in 1874.
POLITICS , HISTORY

David Frum
@davidfrum
In an early episode of "Mad Men," the young striver Peggy Olson faces a traumatic experience. The principal character, a man whose life is built upon falsehood and evasion, offers his life advice: "It never happened. It will amaze you how much it never happened." 1/x

With the Tanden nomination, we are watching congressional Republicans put Don Draper's advice into effect.

They supported a profoundly corrupt, cruel, vituperative, and generally immoral and unethical president at the head of an inept and unethical administration. They knew it!

But of course those senators never said so. They were scared and they were shamed. Maybe they stopped some bad things - or at least they tell themselves they did. But the experience had to have been profoundly humiliating for almost all of them. And these are not humble people.

So how do they cope? They follow Don Draper's advice. "It never happened."

The Tanden nomination is the opportunity to rev the pretense loud and fast.

The lady was occasionally indecorous! Even ... sometimes ... untoward. We can't have THAT in the US government!

Hypocritical is not really the word to describe this behavior. It's more a kind of post-traumatic coping mechanism, a denial of the radical abuse that they also suffered, along with US allies worldwide, people of integrity in govt service, and so many bereaved American families
ALL

The coup was soon suppressed, in large part because of a miscalculation by the dying Franco regime. In 1975, the regime had restored the old Spanish monarchy, hoping to glamorize authoritarianism. Instead, King Juan Carlos opposed the coup - and most of the army obeyed. 2/x

Here's where the story gets interesting for our current purposes ...

The elected social democrats formed a government without a single minister connected to the old regime. State support of the Catholic church ended. Family law was modernized, minority language rights were protected. If Franco had opposed it - the new Spain wanted it. 4/x

The process was not instant. Not until 2019 would the state remove Franco's remains from the lavish tomb he built to himself. But the process was inexorable. The pro-Franco attempted coup guaranteed the total doom of Francoism in Spain. 5/x
WORLD

David Frum
@davidfrum
Lizzie Collingham is one of my favorite social historians working today. I finished the latest of her books, Biscuit, on Christmas Day. #FrumReads4

Collingham's "Biscuit" is the history of hard-baked bread from ancient times to the box of cookies in the grocery aisle. As always with her work, "Biscuit" uses the device of a foodstuff to open a wide eye upon the surrounding culture. 2/x #FrumReads4

Biscuits, in the British usage of that word, were among the very first industrial foodstuffs. They enabled the British empire - Royal Navy sailors lived upon them - and were in turn enabled by that empire to discover a global market. 3/x

Collingham self-presents in a self-effacing way. Her short biography notes that she writes "in a garden shed." She includes recipes for the foods she writes about. Do not be deceived. Collingham's theme over her career is a grand one: the interaction of cultures over time. 4/x

Collingham's "Curry," enraged Hindu chauvinists by demonstrating how Indians synthesized their cuisine from their interactions with others. The word "vindaloo" is an amalgam of the Portuguese for wine and garlo, vinho and alho. Tea-drinking was mimicked from the British. Etc. 5/x
CULTURE
Advertisement

David Frum
@davidfrum
On October 16 2020, a secondary school teacher named Samuel Paty was beheaded with a meat cleaver in the street of a small town 20 miles down the Seine from Paris. 1/x

Paty's murderer, a young Chechen refugee, had never met the teacher. The killer was incited to the crime by a multi-day campaign of defamation and disinformation on French social media. 2/x

For 5 years, Paty had taught his classes a unit on free speech and its limits in a democratic society. As part of the discussion, he showed his students some of the famous Charlie Hebdo cartoons - after inviting those who might be offended to leave and then rejoin the class. 3/x

One parent of one student - not the student herself - then set in motion a campaign of denunciation against Paty. And the result was a crime that shocked France and pulled tens of thousands to vigils and protests. 4/x

France has suffered terrible crimes in the name of religion before the Paty killing. We're only 5 years from the horrifying nightclub attacks that killed 130 in November 2015. But past attacks caught France by surprise. This murder announced itself in advance. 5/x 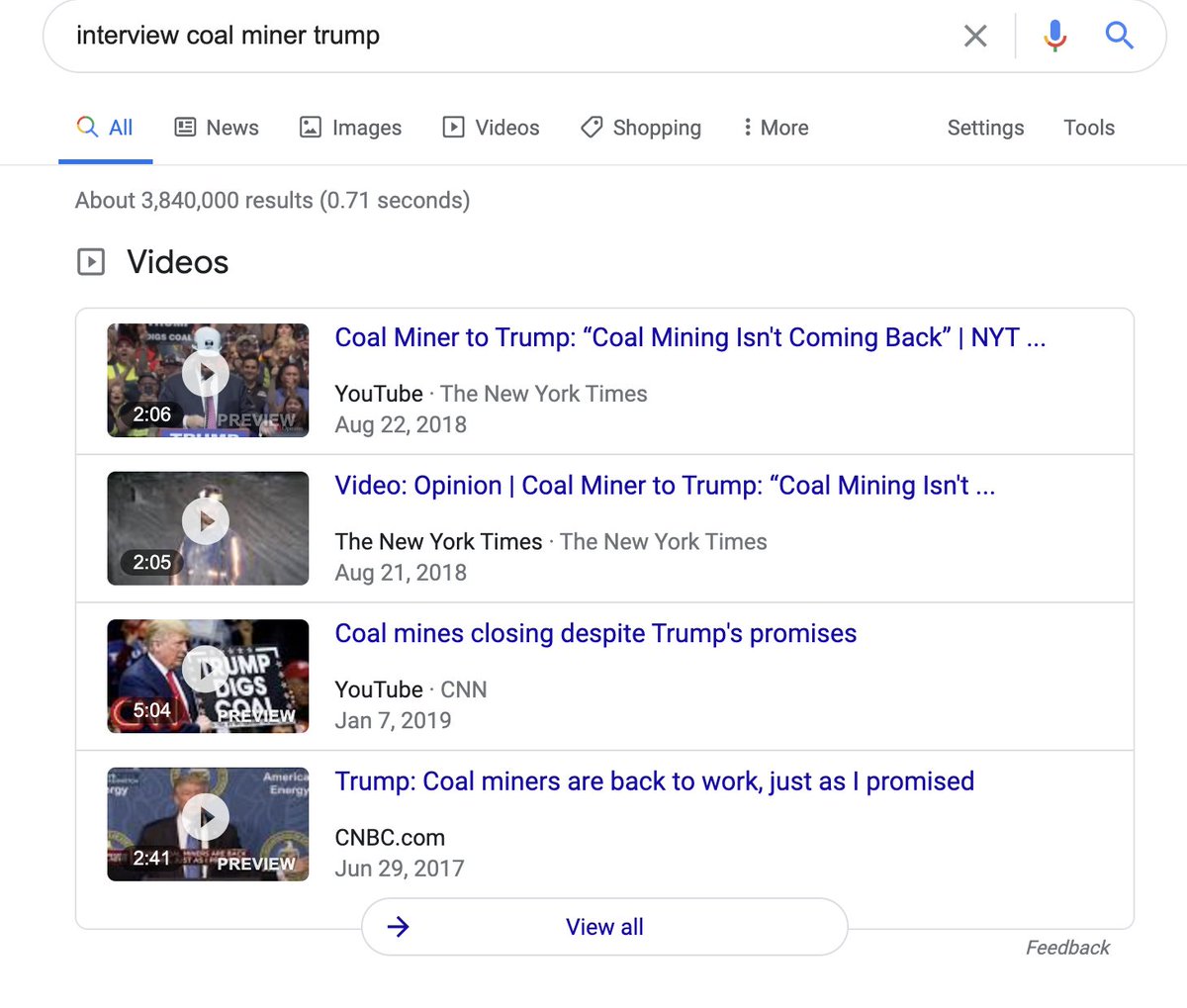 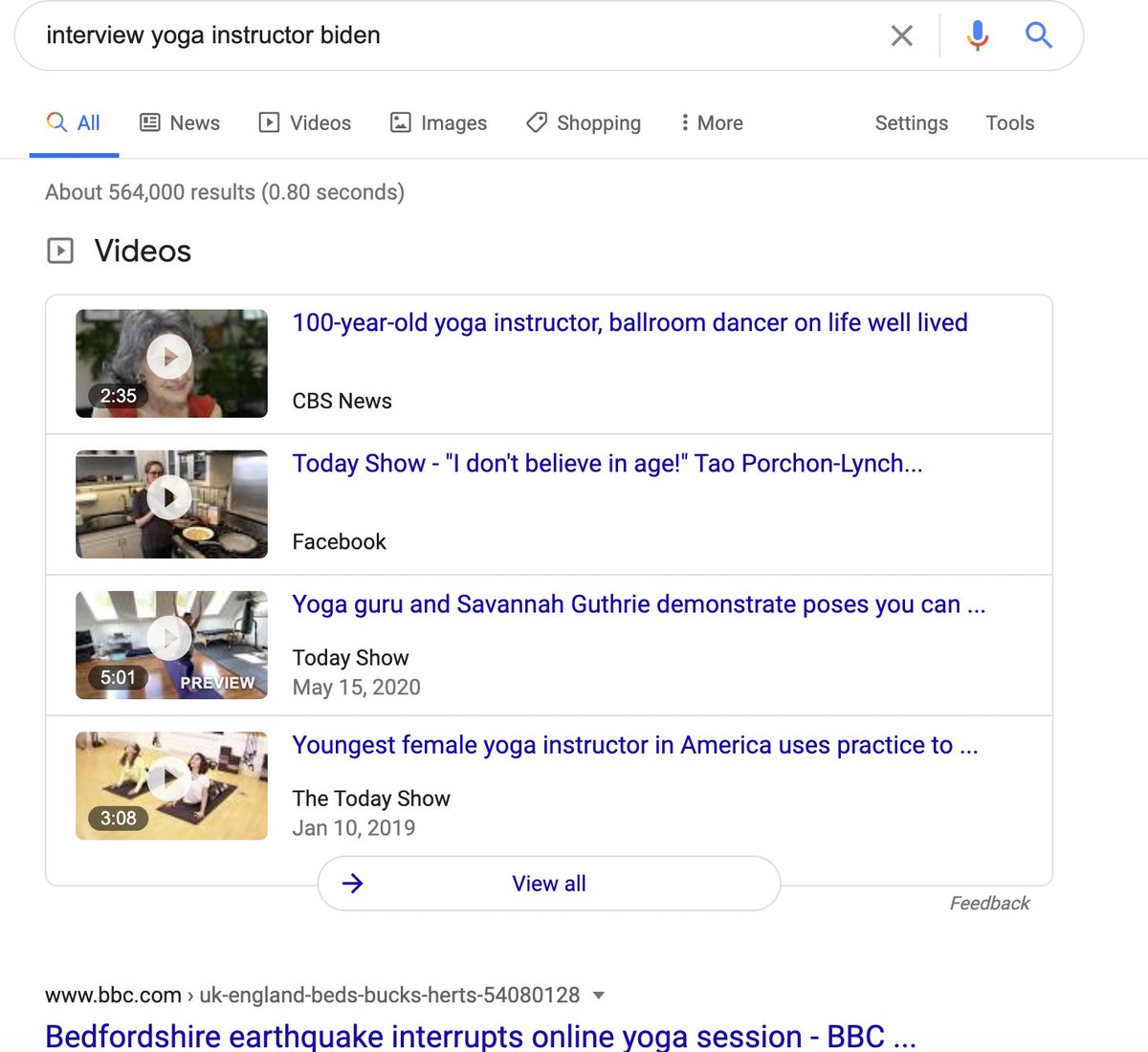 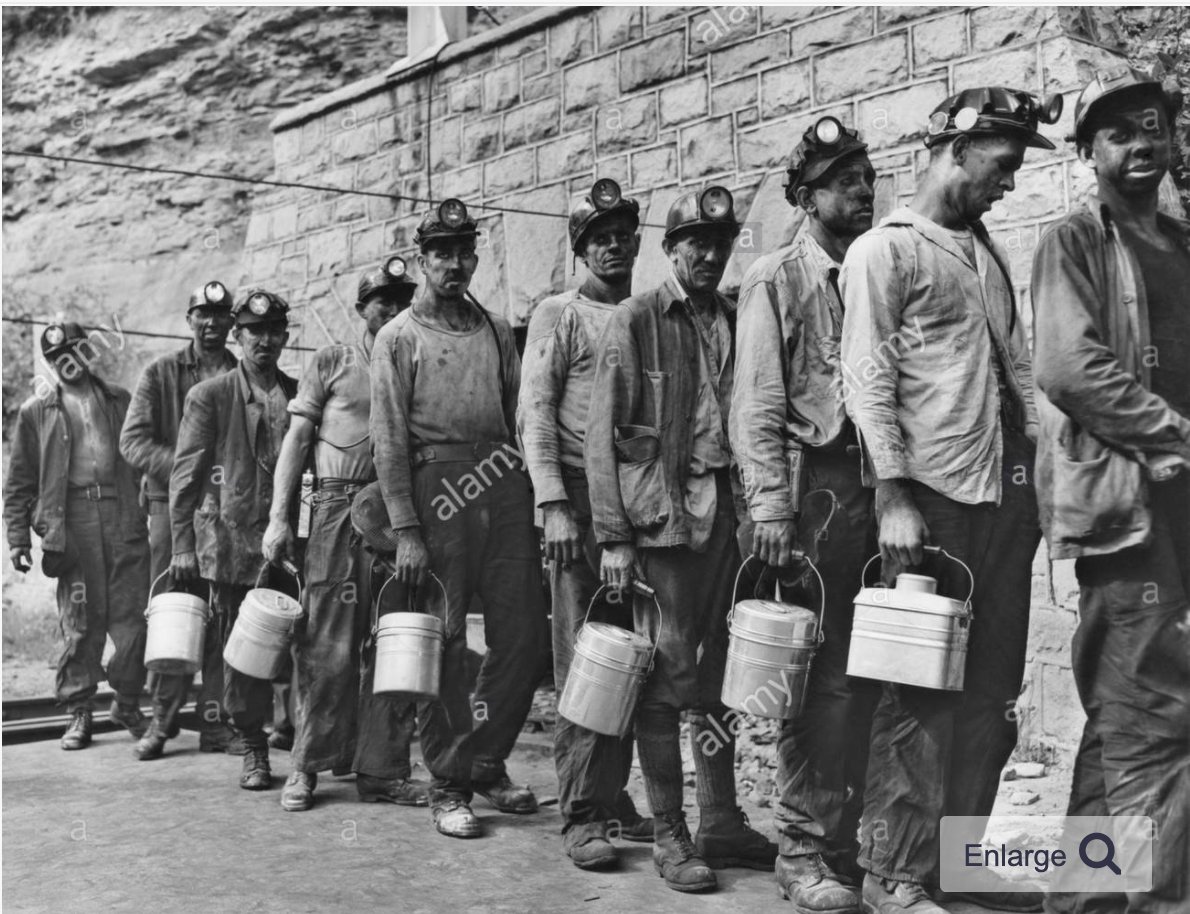 when the reality is this 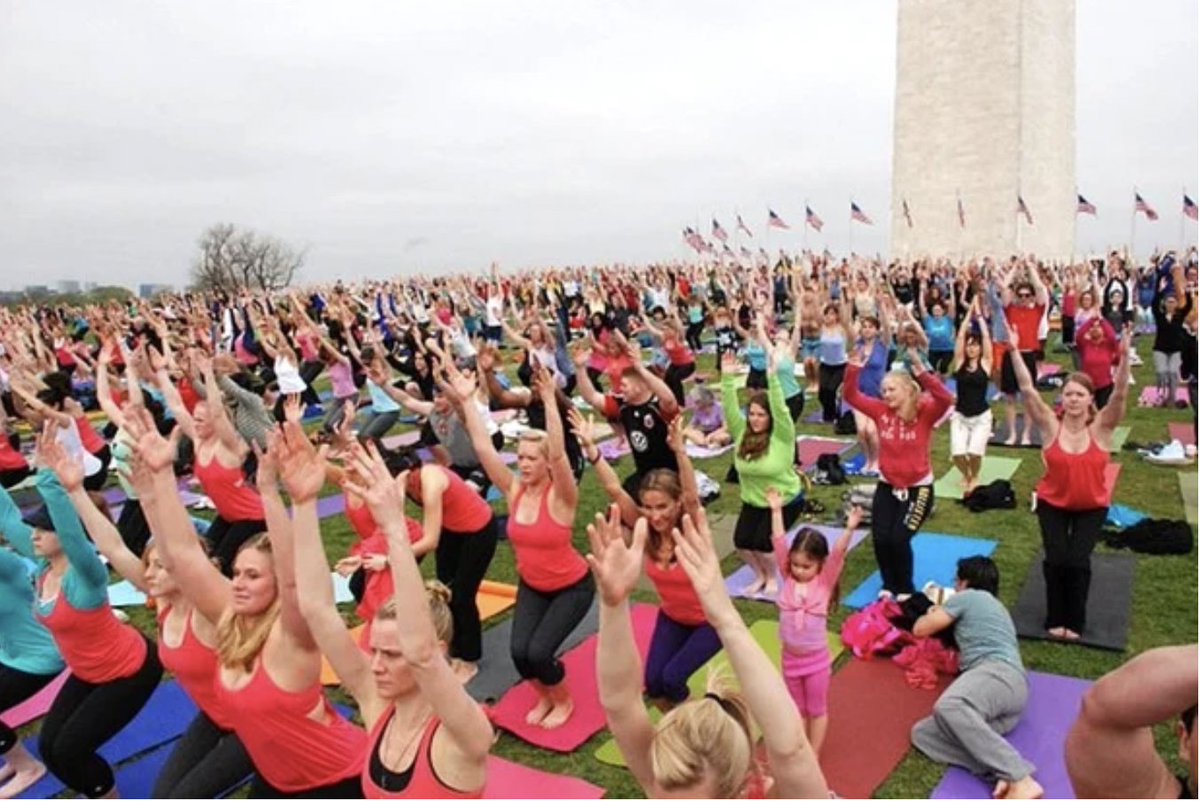 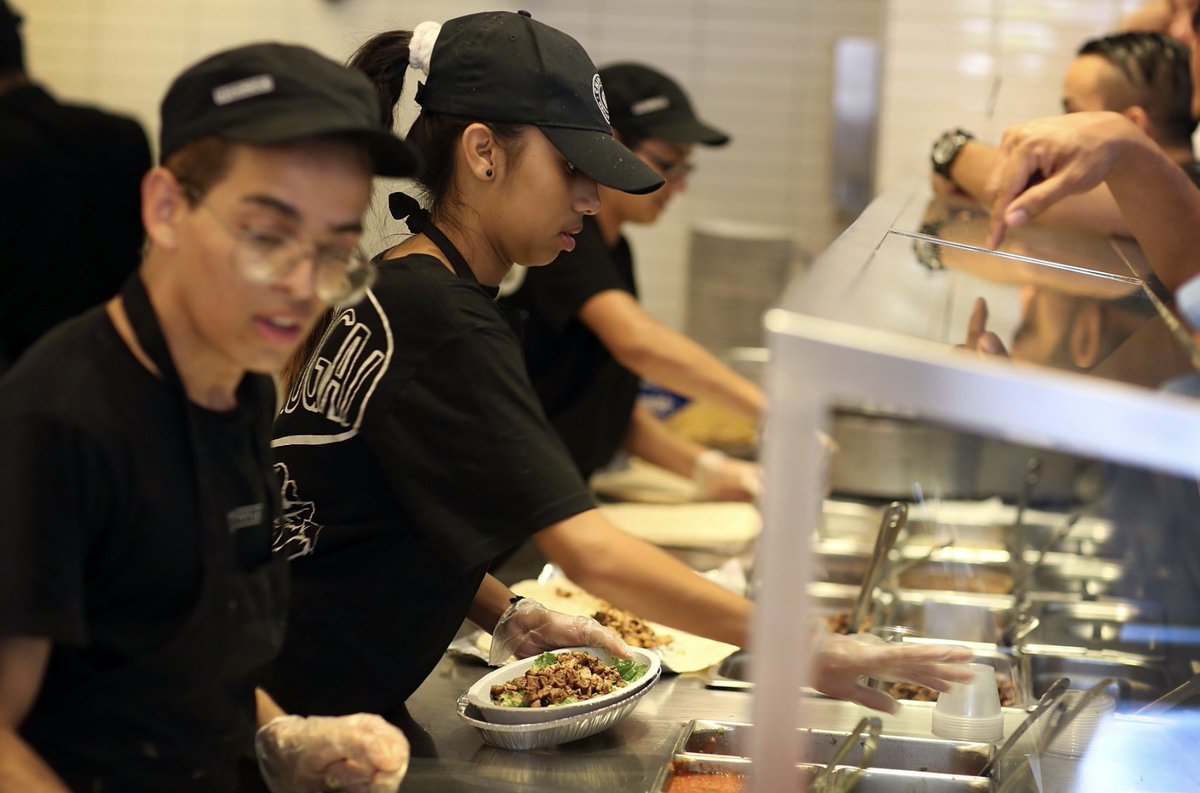 David Frum
@davidfrum
I got overnight via email a query from @briansflood at Fox News, the principal part of which I reproduce below. I answered by email too. I'll append that reply in the next threaded tweet:

Hunter Biden's dubious business activities have been reported for years. Here for example is @TheAtlantic in September 2019, year *before* @nypost https://t.co/qZBTpyuysM

That emails attributed to Hunter Biden were circulating was also known well before the NYPost story in October. Here's TIME magazine https://t.co/JvpEKdG0U4

What @NYPost added to the work earlier done by others was a new *origin* story for the materials that circulated in Ukraine in 2019. When other media organizations attempted to corroborate that story, hijinx ensued. https://t.co/ZJGZWq7etU @thedailybeast account 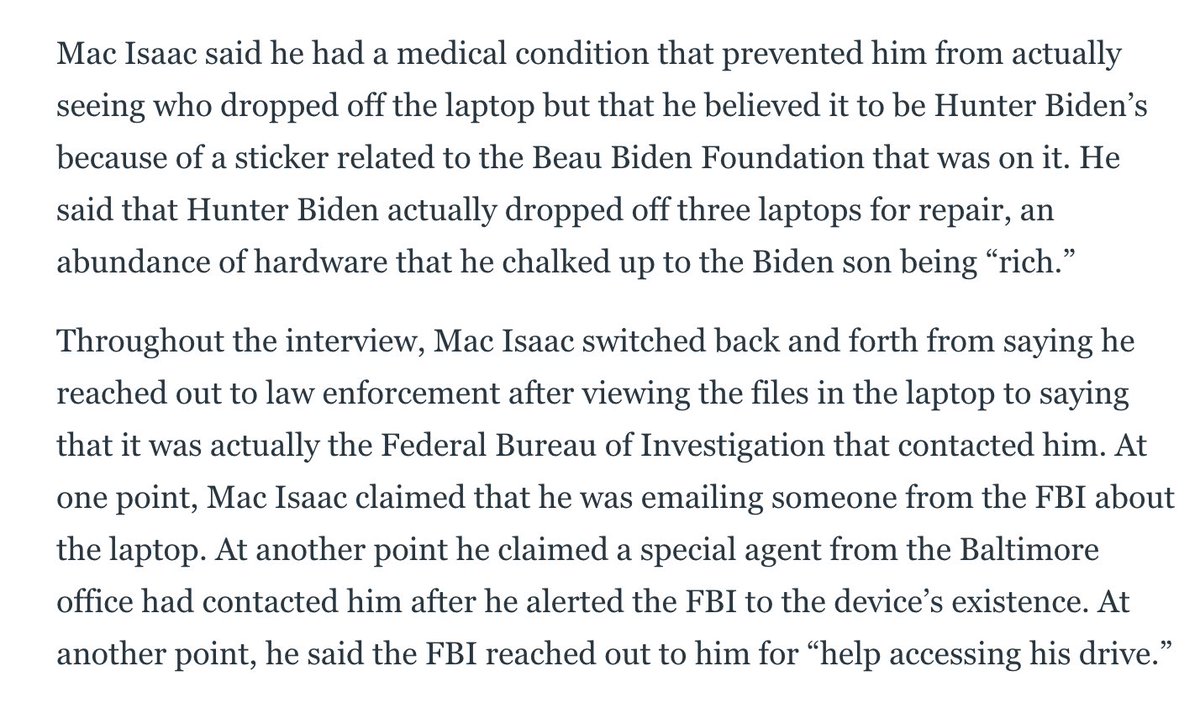