Fidato
@tequieremos
A thread on the life and achievements of Muhiyudin Sayyid Abdul Qadir Jillani RadiAllah who served Islam infinitely as the Reviver (Mujadid) of the 11th Century! 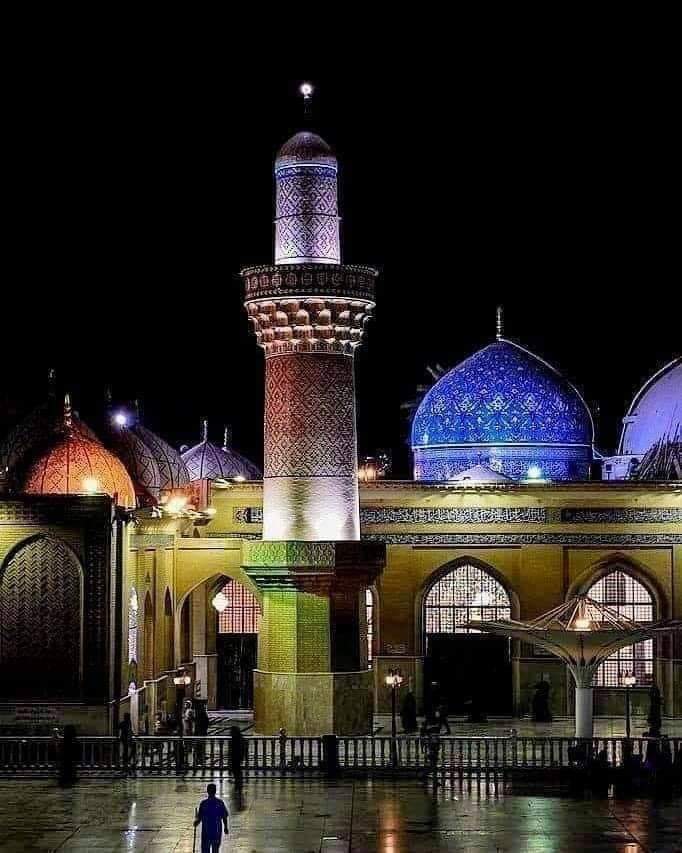 Muhiyudin Sayyid Abdul Qadir Jilani (RA) was one of the greatest Islamic Saint, Scholar, and Jurist. The honorific Muhiyudin denotes his status with many Sufis as a "reviver of religion". Jilani refers to his place of birth. He also carried the epithet Baghdadi.

Sheikh Abdul Qadir Jilani was born on the eve of the 2nd of Ramadan 470 AH. His birth was a great blessing for the Ummah. It was the arrival of the Sultan al-Awliya (King of the Awliya) of that era, which had been foretold for centuries before his birth.

When Hazrat Abdul Qadir Jillani was asked by someone what brought him to his high spiritual level, he said, The truthfulness which I promised to my mother. He related the following story:
"One day, on the eve of Eid al-Adhā, I went to my mother, who was then a widow and..

..and requested her, 'Send me to the path of Truth, give me permission to go to Baghdad to acquire knowledge, to be with the wise and those who are close to Allah. She cried, but she brought out 80 pieces of gold, which was all that my father had left as inheritance.

Fidato
@tequieremos
On this day in 2007, the bomb blasts in Samjhauta Express killed 68 people including 44 Pakistanis. The immediate investigations revealed irrefutable evidence about the masterminds. In this thread, I would share some Indian newspaper clips which covered the investigations. 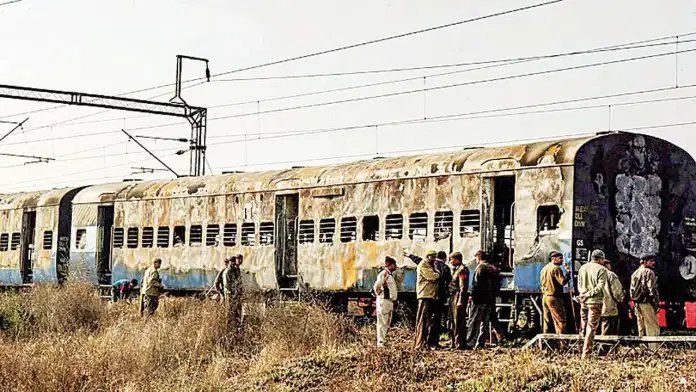 1. Lt Col Prasad Purohit, a serving Indian army officer, was arrested for terror conspiracy in the Malegaon blast case. He was the co founder of Abhinav Bharat, a right wing Hindu organisation. He admitted that he was the mastermind. 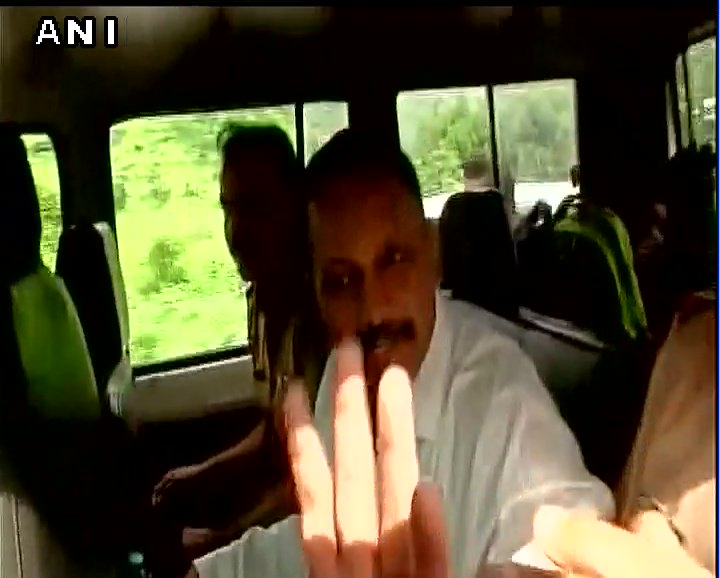 2. Lt Col Purohit met Pragya Thakur on 5 Oct 2008 to tell her that "Our People" had carried out the killings in Orissa, burnt down two churches and also carried out the Malegaon blast. 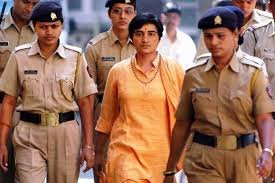 3. During his narco analysis test, Lt Col Purohit told officers that Praveen Togadia was responsible for the “Samjhauta Express Blasts”. He asked me to find out from Dr Dev, how much RDX was remaining after the blast.

4. In his narco analysis test, Lt Col Purohit gave sensational information that he supplied explosives for Ajmer and Malegaon blasts at the instance of Mahant Dayanand Pandey.

Fidato
@tequieremos
Whatsapp will start forcing users to share personal data with Facebook which is it's parent company. It doesn't come as a surprise since all the major giants of Silicon valley; Google, Amazon, Facebook, Microsoft etc are deeply integrated with US intelligence agencies.

In 2013, Edward Snowden, an employee of National Security Agency, revealed that the US govt was running a vast Internet surveillance program and tapping every major Silicon Valley platform and company— Facebook, Google, Apple, Amazon including mobile games like Angry Birds.

The most astonishing program revealed by Snowden’s disclosures is called PRISM, which involves a sophisticated on-demand data tap housed within the datacenters of the biggest and most respected names in Silicon Valley: Google, Apple, Facebook, Yahoo!, and Microsoft.

Edward Snowden also revealed the Mass Metadata Surveillance System of America's National Security Agency (NSA) in his documents. Let's suppose if NSA had found someone dialing number of an al Qaeda member, and assume that this person had phoned 100 other people over the...

Fidato
@tequieremos
Today marks 73rd anniversary of the Nakba when more than half of Palestine's native population close to 800,000 was uprooted in 1948. 531 villages were destroyed. Palestinian sources, combined with Israeli military archives, have listed 31 confirmed massacres. 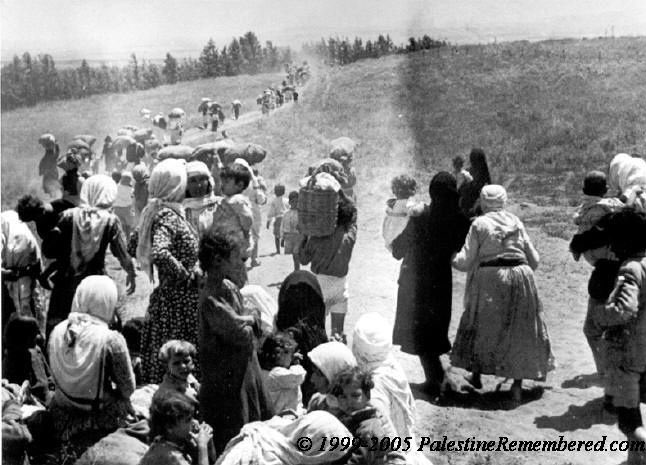 In February 1947, the British cabinet decided to pull out of Mandatory Palestine. UN had to solve the question of Palestine's future. It took nine months in deliberation and then adopted the idea of partitioning the country without the consent of Palestinians.

The Jews, who owned less than 6% of the total land area of Palestine and constituted no more than one third of the population at the time of partition, were handed more than half of its overall territory. The Partition Resolution was adopted on 29 November 1947, and...

the ethnic cleansing of Palestine began in early December 1947 with a series of Zionist attacks.

Ben Gurion said couple of months before partition:
“The Palestinians could become a fifth column, and if so they can either be mass arrested or expelled; it is better to expel them” 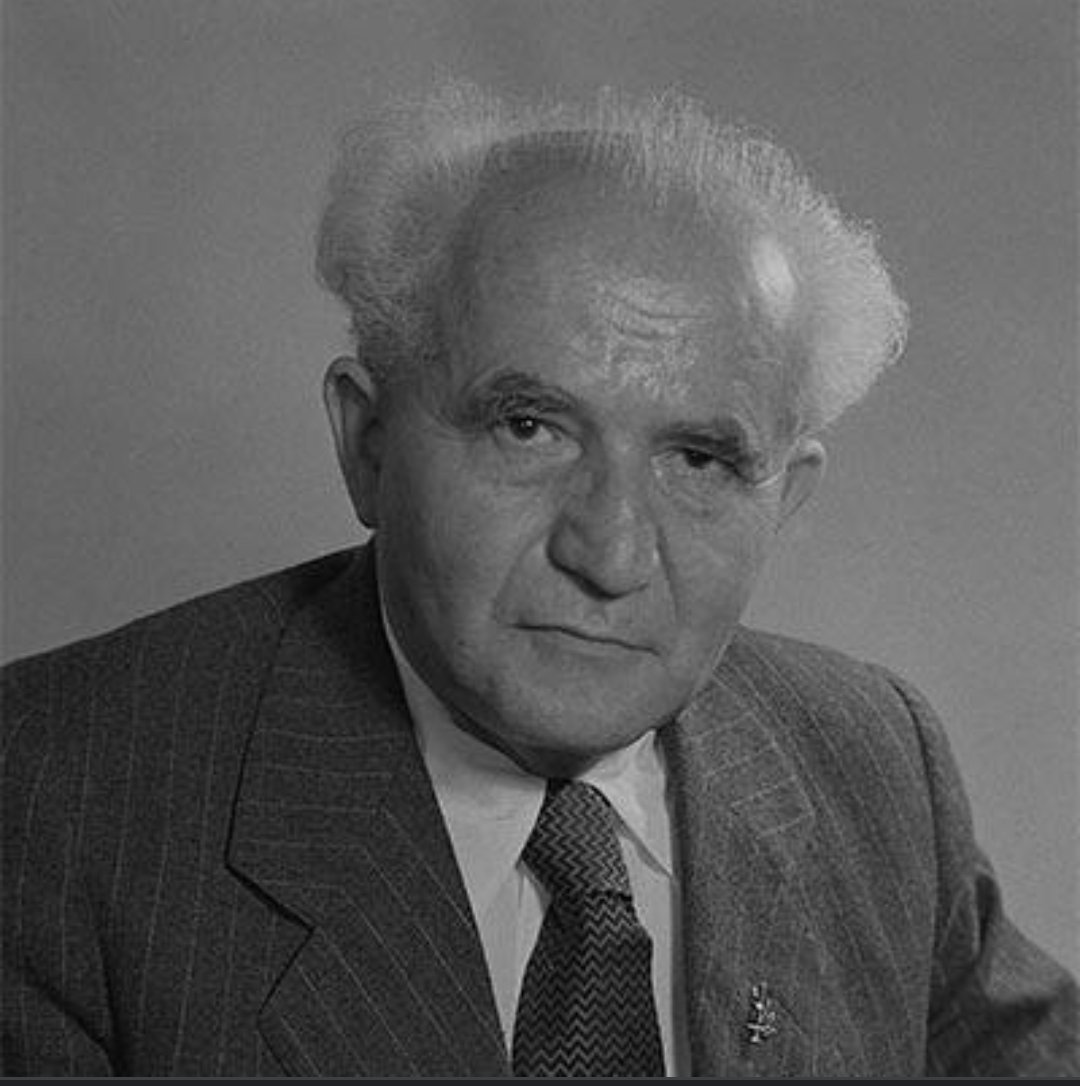 The early Jewish assaults were severe enough to cause the exodus of around 75,000 Palestinians. But on 9 April 1948, Jewish forces carried out the Deir Yassin massacre. As they burst into the village, the Jewish soldiers sprayed the houses with machine-gun fire killing.. 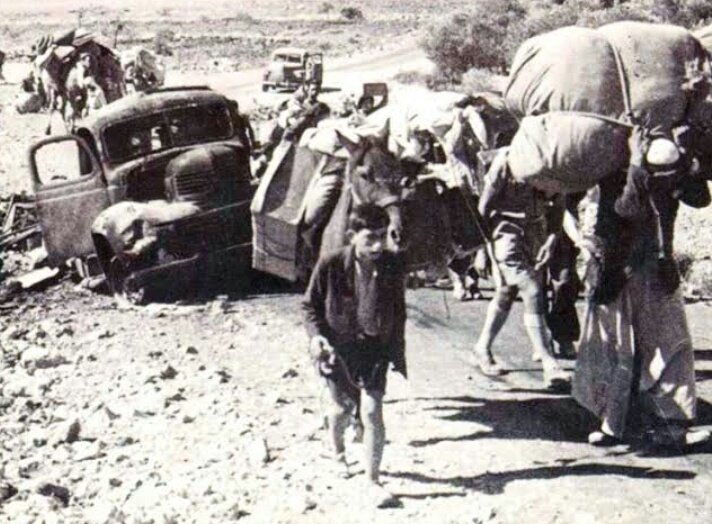 Fidato
@tequieremos
Following the demolition of Babri Masjid by 150,000 kar sevaks of RSS, BJP and VHP in 1992, there were a number of mosques which were closed down across India after the Sang Parivar threatened to demolish them as well. The names of those mosques are enlisted in this thread:

Fidato
@tequieremos
BJP is planning to undertake 'Rath Yatra' in Delhi's riot-affected areas to seek donations for Ram Temple on Feb 1. In 1990, L.K. Advani had launched Rath Yatra from Somnath to Ayodhya.

This thread covers the large scale killing which took place during the Yatra and it's impact. 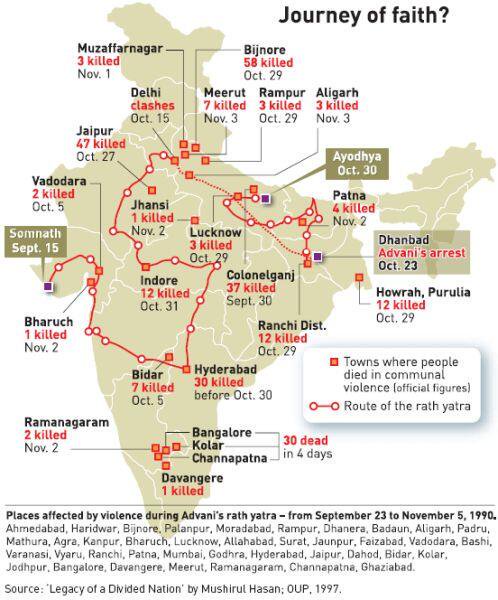 18 in Patna and 165 in Hyderabad. Also in October, a pogrom against Muslims in Bhagalpur, Bihar, saw 960 killed in which 900 were Muslims. In November, 31 were killed in Agra, again mostly Muslim and 13 in Indore. In Dec, 60 were killed in Karnataka and 134 in Hyderabad.

Many parts of India remained tense for long periods of time. Between April and May 1990, three riots in Kanpur killed 30; between May and November 1991 more than 50 were killed in Varanasi. In May 1991, 26 including 24 Muslims were killed in Vadodara.

In October 1992, 44 were killed in Sitamarhi. On 6 December 1992, immediately after the Babri Masjid was destroyed, pogroms against Muslims broke out in Surat where 200 died, of whom some 95 per cent were Muslims. In Bhopal in December, 143 were killed.

Fidato
@tequieremos
The recent act of terrorism against the Hazaras has raised questions. Which terrorist groups carried out the attack? Is the state appeasing terrorists or fighting them?

In this thread, I would give a factual account of what has happened in the last two decades in Balochistan.

In 1998, Riaz Basra who was then a member of Sipah e Sahaba Pakistan (SSP) arrived in Baluchistan along with six fighters; Zahid Multani, Saifullah, Najmus Saqib, Bashir and two others. Riaz Basra met Farooq Bangalzai of Baloch Liberation Army and Habibullah Zehri.

The first sectarian attack by LeJ in Baluchistan was carried out six days prior to the coup in Oct 1999 when the provincial education minister Sardar Nisar Ali Hazara was attacked along with his driver and bodyguard at point-blank range. Though the minister survived but...

Fidato
@tequieremos
#BenazirBhutto became the youngest and first female prime minister of the Muslim world in 1988. She was an embodiment of women empowerment. Her three children, Bilawal, Bakhtawar and Aseefa were born while she faced myriads of political challenges but showed relentless... 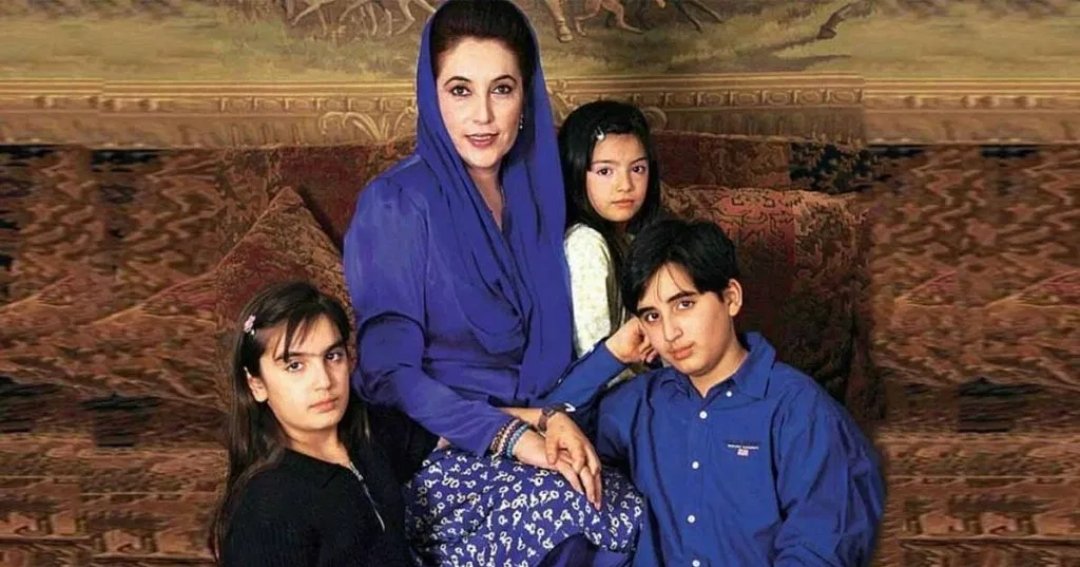 ..courage. Bilawal was born on Sept 21, 1988 at a time when Benazir was running an election compaign and her critics thought that a pregnant woman stands no chance. In just one year, she led a nationwide election campaign, wrote a bestselling book, had her first child...

and became the first female prime minister of the Muslim world. All in one year!

While her second pregnancy was a secret when she was Prime Minister, she went to meet the soldiers at Siachin Glaciers which is the highest battle ground despite of the fact that the.. 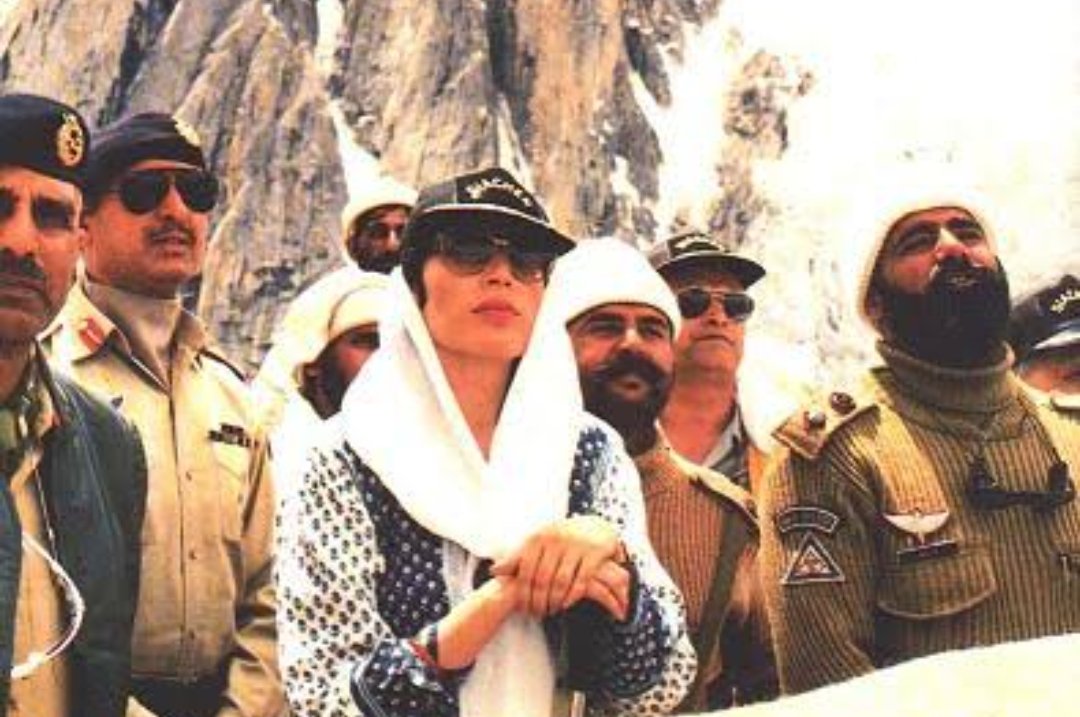 ..lack of oxygen could affect her unborn child. She took the risk and her visit was a morale booster for the troops. Once the opposition learnt that she was pregnant, all hell broke loose. They argued that the govt rules did not provide any maternity leave to the pregnant...

..Prime Minister and that the government machinery would collapse during the delivery as she'll be incapacitated. But Benazir remained firm. The opposition in their brazen compaign called for strikes while the brave lady decided to have a Caesarean delivery on the eve of...

Fidato
@tequieremos
President Trump has pardoned four Blackwater contractors who killed 17 Iraqi citizens including a 9 year old Ali,19 year old Ahmed and 11 year old Qasim in one of the worst acts of terrorism.

In this thread I'm sharing the heart wrenching accounts from that day in 2007. 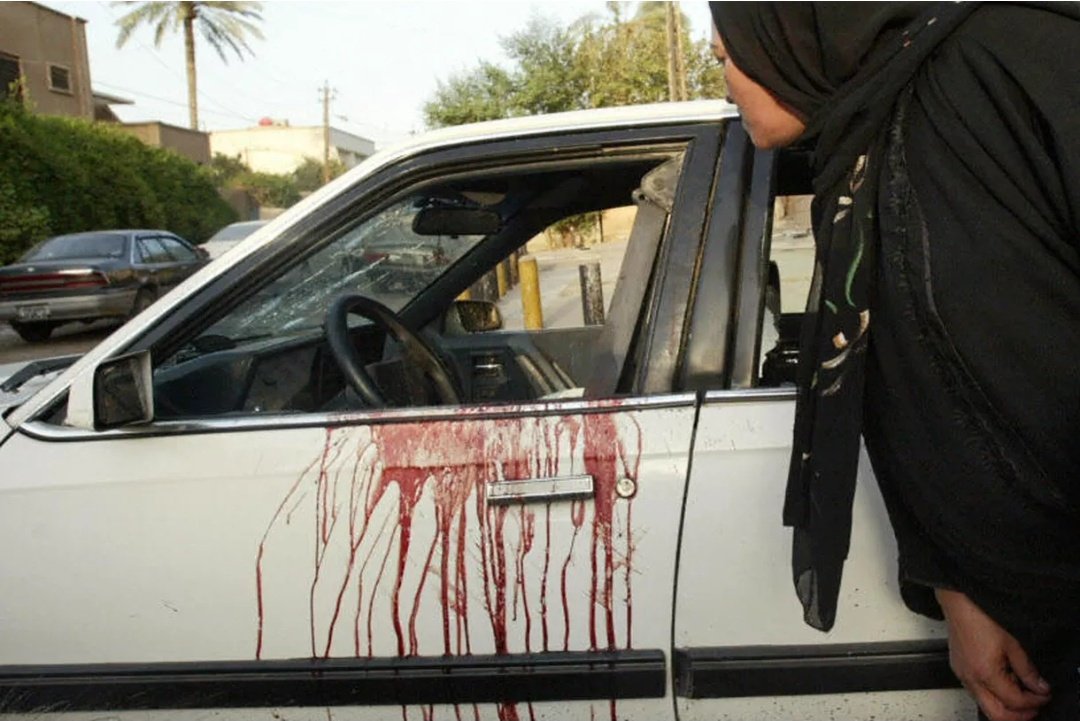 On Sept 16 2007, at approximately 12:08 p.m. in Nisour Square Baghdad, a heavily armed Blackwater convoy consisting of four “Mamba” armored vehicles with 7.62-millimeter machine guns mounted on top made a surprise U turn as they entered the square.

While the blackwater convoy entered, a young Iraqi medical student named Ahmed Hathem al-Rubaie was driving his mother, Mahasin, in Opal sedan after dropping his father Jawad at a hospital where he worked as a pathologist. Ahmed was in the third year of medical school.

It was the month of Ramadan so they were fasting. Ahmed’s mother, was also a doctor--an allergist. They could've left Iraq but Jawad believed they were needed in the country. “I feel pain when I see doctors leaving Iraq,” he said.

Ali Khalaf Salman, an Iraqi traffic cop, was on duty in Nisour Square on that day. As Khalaf watched, the blackwater convoy came to an abrupt halt and a large white man with a mustache, positioned atop the third vehicle in the Blackwater convoy, began to fire randomly.

Ancient historical sources have claimed the existence of several saints by the name of St.Valentines who died on Feb 14. Among them, two were executed during the reign of Roman Emperor Claudius Gothicus in 269-270 A.D.
#valentinesday2021 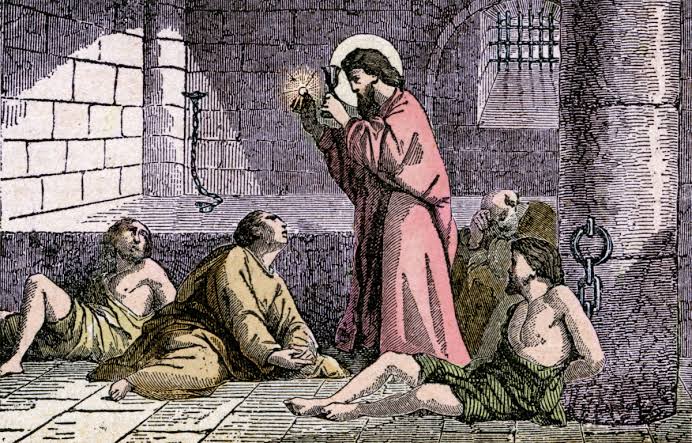 It was the time when the Christian persecution was common. Another legendary account states that under the rule of Claudius II, Rome was involved in the bloody campaigns, therefore, to maintain a strong army, Claudius II banned all marriages and engagements in Rome. 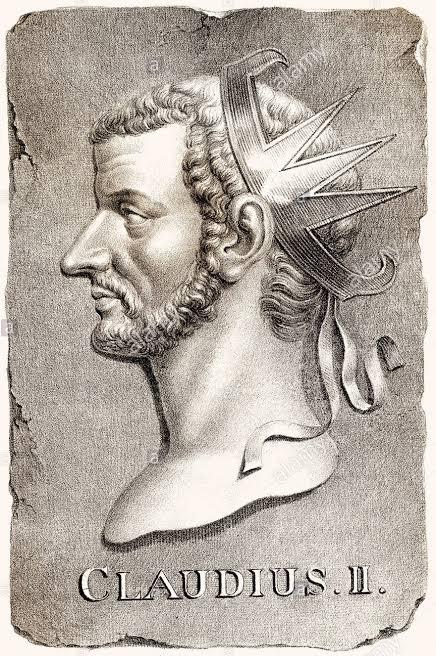 The reason of forbidding marriages was forced by the reluctance of people to join military because of their strong attachment to their wives. But St. Valentine defied the orders of the Emperor Claudius II Gothicus and married couples secretly to spare the husbands from war. 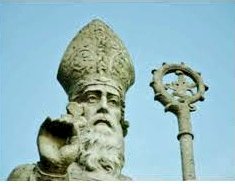 A few claims have reported that St.Valentine endorsed illegal relationships which could end up into a marriage. When it was discovered by the emperor, St. Valentine was arrested and condemned to have his head cut off. 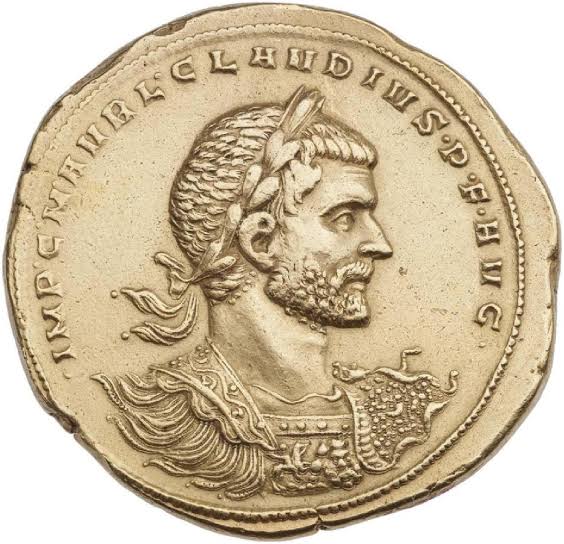 An order of Belgian monks spent almost three centuries to explore the lives of saints by the name of St.Valentines from archives around the world. Bollandists suggested, that there weren’t actually two decapitated Valentines, but the two different versions of one saint’s...

Fidato
@tequieremos
Here's a list of all my threads on the fall of Dhaka. I dedicate this small effort to the soldiers who fought valiantly for their country in 1971. May Allah bless their souls and also of those in East Pakistan who were martyred in the cause of Pakistan.

In order to cherry pick proof for the plucked-out-of-thin-air 3 million figure allegedly murdered by Pakistan Army in '71, Mujib ur Rehman constituted a Commission on Jan 29 '72 to locate verifiable evidence.

3. Why was Operation Search Light launched

4. Myth of Bengalis being discriminated during the selection process for the armed forces.

After President Yahya Khan had postponed the national assembly session scheduled to be held on March 3 1971 under the pressure of Zulfiqar Ali Bhutto, it had disastrous consequences. It gave Mujib ur Rehman the license to fulfill his nefarious designs.

5. The nexus of RAW and Mukti Bahini

6. The Bengali representation in bureaucracy

Mukti Bahini terrorists along with RAW operatives and soldiers from the Indian Army-operated training camps in the Indian states of West Bengal, Arunachal Pradesh, Bihar, Assam, Nagaland, Mizoram and Tripura.

The year 1971 is the saddest chapter in the history of Pakistan. Not just for Pakistan but for Muslims of the entire subcontinent, if not Muslims of the world.