BC CRYPTO
Saved by @jacobhtml

If everyone was holding bitcoin on the old x86 in their parents basement, we would be finding a price bottom. The problem is the risk is all pooled at a few brokerages and a network of rotten exchanges with counter party risk that makes AIG circa 2008 look like a good credit.

The benign product is sovereign programmable money, which is historically a niche interest of folks with a relatively clustered set of beliefs about the state, the literary merit of Snow Crash, and the utility of gold to the modern economy.
This product has narrow appeal and, accordingly, is worth about as much as everything else on a 486 sitting in someone's basement is worth.
The other product is investment scams, which have approximately the best product market fit of anything produced by humans. In no age, in no country, in no city, at no level of sophistication do people consistently say "Actually I would prefer not to get money for nothing."
This product needs the exchanges like they need oxygen, because the value of it is directly tied to having payment rails to move real currency into the ecosystem and some jurisdictional and regulatory legerdemain to stay one step ahead of the banhammer.
Pause here to acknowledge that product two has learned exactly which words to emphasize to product one's audience to borrow their credibility, networks, and talents to facilitate the building of their payment rails and legal entity shellgames. ("It's censorship resistance!")
"Why are Bitcoin exchanges hives of scum and villainy?"

Because if they weren't Bitcoin would be valued at its use value, not its speculative value.

"Why don't we find a bottom in the market?"

Because the use value is, to a reasonably accurate approximation, zero.
Oh to be a character in a Michael Lewis book, seeing the world around him gone utterly mad and being virtually unable to stop it or profitably trade it because of market microstructure. *sigh* Hey narrator, make this book more like the Big Short and less like Flash Boys, please.

A thing which aesthetically frustrates me is that a lot of the things I've heard companies do here serve *no legitimate business purpose.* In some cases it's getting tens of dollars of advantage. TENS! On an engineering candidate!
ALL
Advertisement

Patrick McKenzie
@patio11
Bitfinex files discovery in "Yo bro, where did our $800 million go?" action and it is every bit as interesting as you'd expect it to

Here's their CFO describing their agreement (which we know from other litigation was never contractualized because, presumably because money launderers hate paper trails): 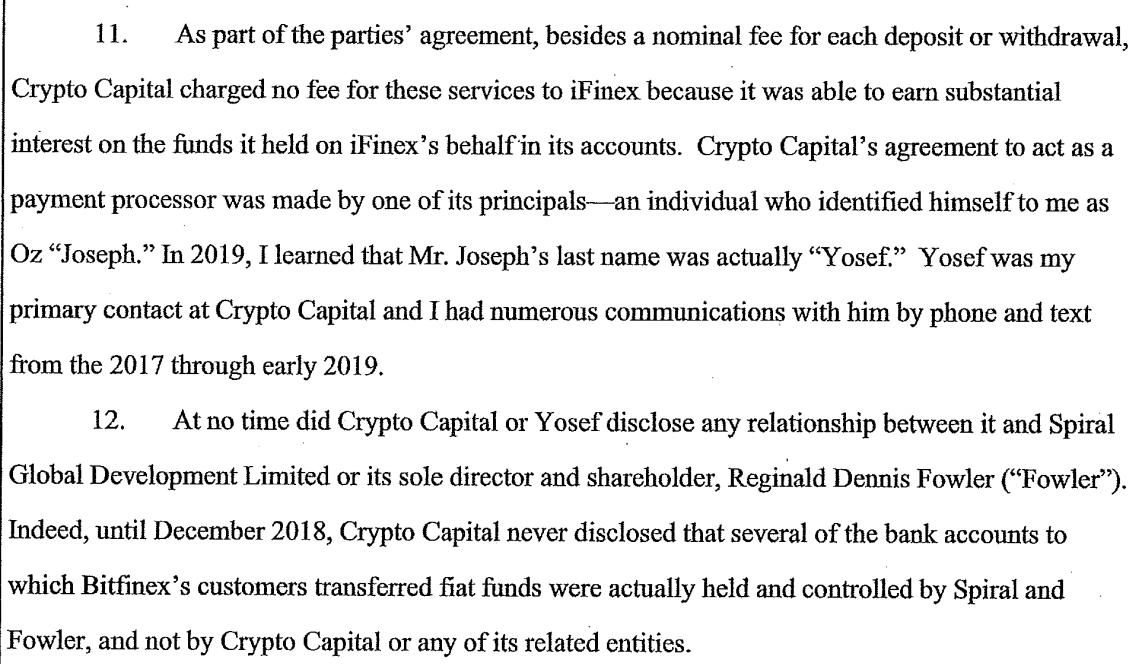 Bitfinex's CFO was shocked, shocked to learn that the money launderer they engaged to provide money laundering services while I-swear-to-God-this-is-an-actual-quote "we learned to bank like criminals" may have from time to time lied to banks.

Money at the speed of code, yadda yadda yadda, the Bitcoin economy is surprisingly blasé when several hundred million dollars is in an interstitial state for months.

In a situation never before encountered by a financial institution: the check was not, in fact, in the mail.

Larry Cermak
@lawmaster
1/ ETH reached 18-month low today and there is this narrative that the price of is dropping because ICOs are liquidating their treasuries. Well, it’s completely wrong. Let’s look at the data!

3/ Despite the decline in ETH price, the selloff hasn’t been as drastic as many analysts anticipated. In the past two months, treasuries of projects that held ICOs liquidated (or moved) 172,00 ETH, or ~4.6% of total holdings.

4/ The most aggressive sellers were Status, district0x and Tierion (in order), which sold (or moved) nearly 55,000 ETH combined since September 9. Out of the 57 companies I tracked, 50% didn’t touch any of the ETH in their treasuries. 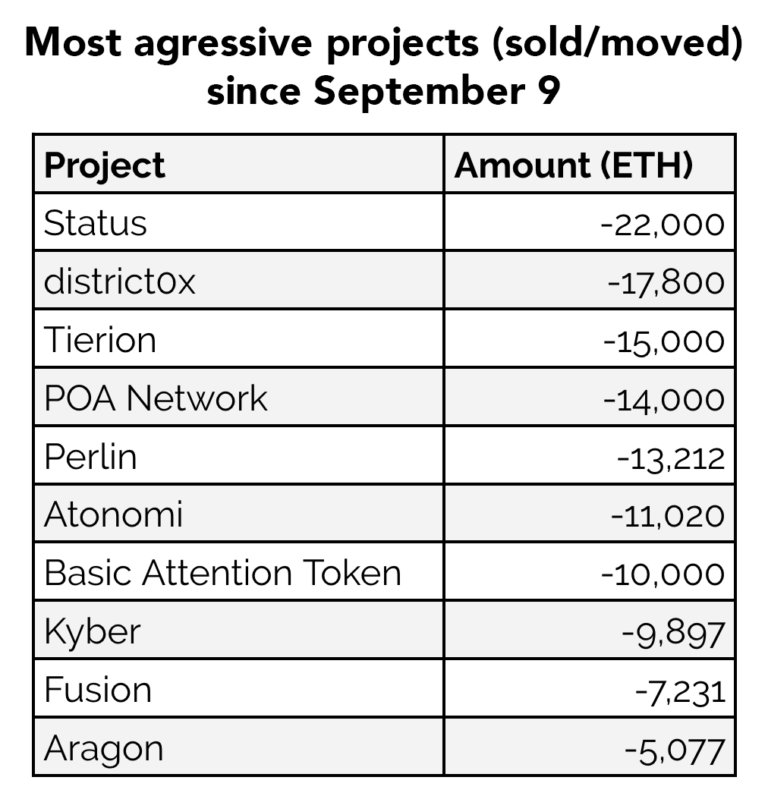 5/ At least 11 ICOs currently have a smaller “market capitalization” than the amount that they hold in their ETH treasuries alone (see table below). 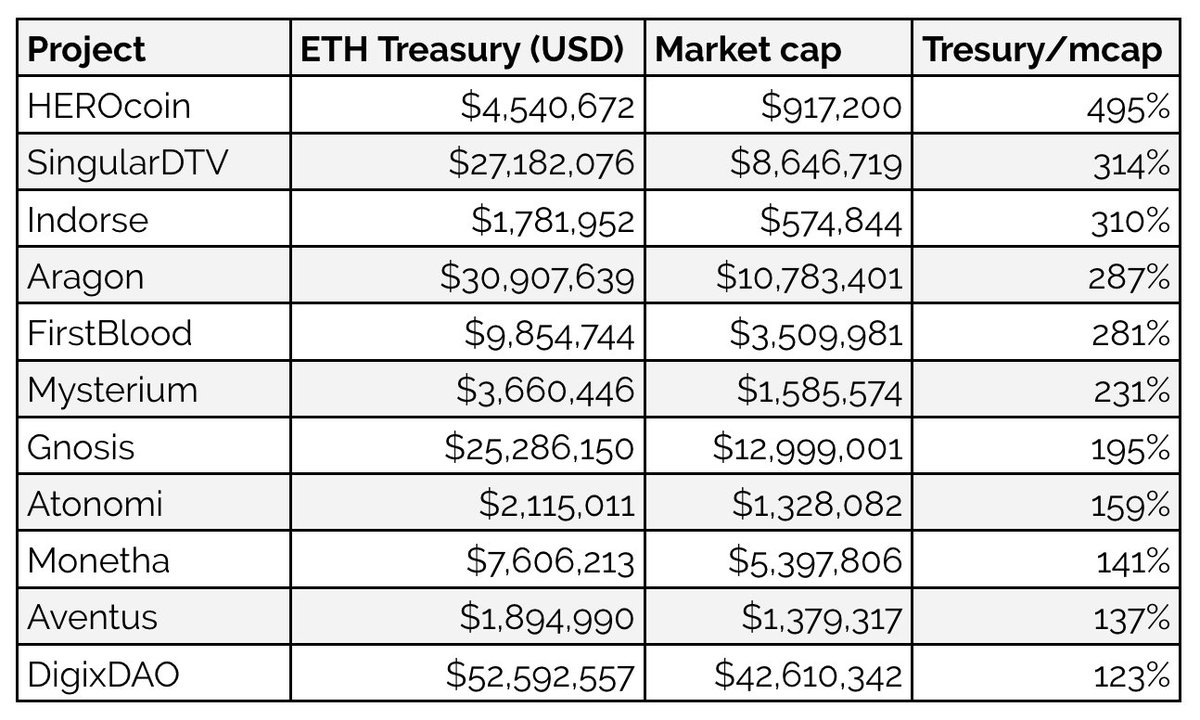 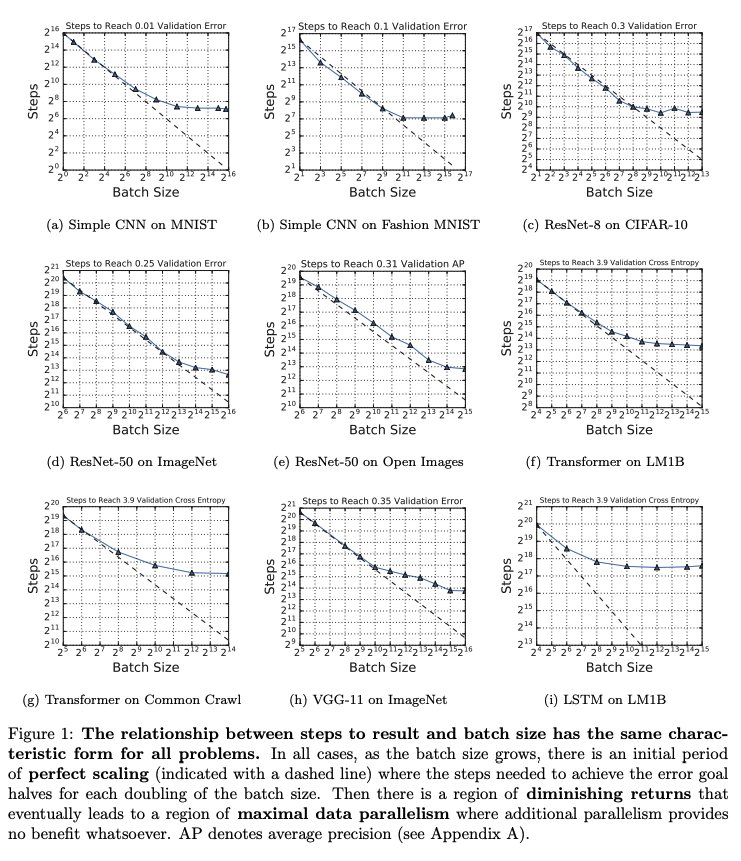 Importantly, they don't find any evidence for a "sharp/flat optima" effect whereby better optimization leads to worse final results. They have a good discussion of experimental artifacts/confounds in past papers where such effects were reported.
MACHINE LEARNING