Shocking fact: Millennial men are less likely to work than any other age and gender demographic in America.

Following the 2007 to 2009 recession, 25 to 34 year old men exited high school with fewer middle-skill job opportunities than years prior.

During this time, we saw an increased number of men living with parents & choosing unemployment over lower paying jobs.
It's estimated that 24M millennials live w/ their parents.

1 in 4 living in their parents’ home neither go to school nor work.

What's more surprising? 9 in 10 who lived with their parents a year ago are still living there w/ no plans to leave.

According to economist David Dorn:

“If you get to the point where you’re turning 30, you’ve never held a real job and you don’t have a college education, then it is very hard to recover at that point.”
Economists suggest this choosiness is a generational trait.

"I’m very quick to get frustrated when people refuse to pay me what I’m worth."
“People feel that they have choice nowadays, and they do.”

https://t.co/CQwgpGrPow
Of not-working men, 32.9% claim disability, followed by 29.5% who enroll in additional school.

A large % of disability is mental health & substance abuse related.

According to the CDC: men are much more likely to overdose on drugs or die from suicide. https://t.co/7w0Gv85dBI 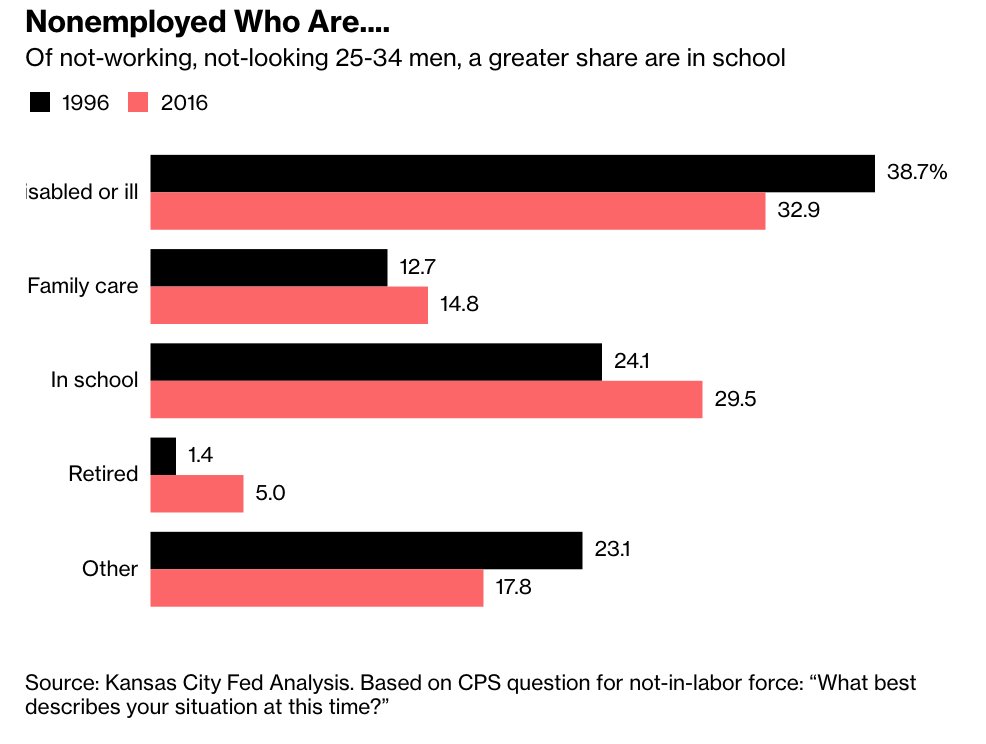 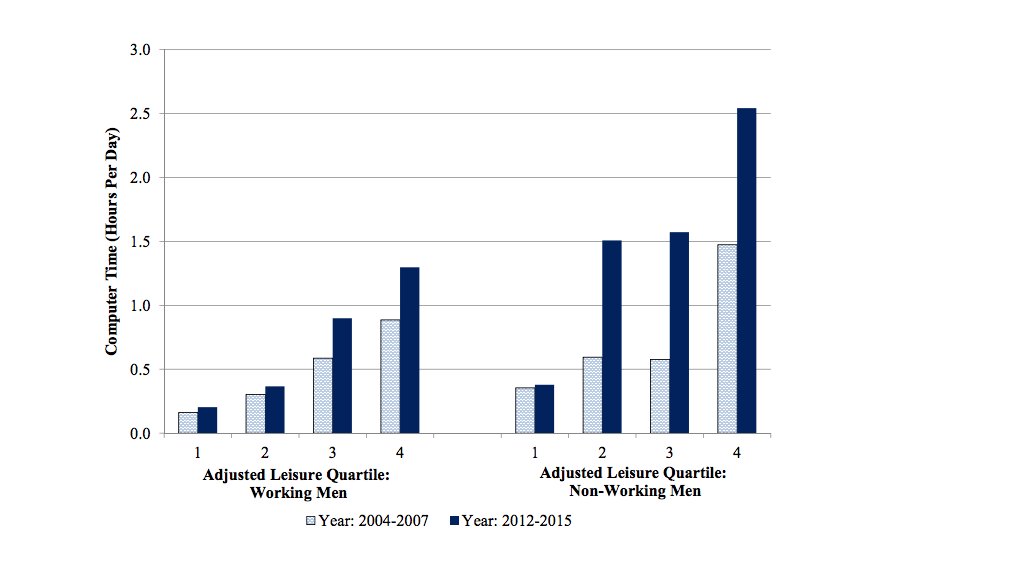 💡 Video games are the new proxy for success.

Remember: "People feel that they have choice nowadays, and they do.” 🎮
While I believe we're still a couple decades away from a Ready Player One world, research suggests we may need new classes of work sooner than we think.

Cole Escola
@ColeEscola
If you know me, you know I don't like broadcasting details about my personal life on this website, but I have been getting asked why I'm not doing Christmas this year so I just wanna put this whole mess to bed. First of all, I don't agree with gay marriage... (1 of 4,625)

SOCIETY
Iretiola Doyle
@IretiolaDoyle
Rarely does a pressure group go into a closed door meeting with the govt and come out the same. History is replete with examples; the trust deficit is justified.
The wiles of the oppressor haven't changed either.

*Brute force - already in display.
*Divide & rule - currently in play.
Money doesn't seem to be working, the PDP/APC card is dead and the last few days have shown that the religious and ethnic division is mostly inherited and sustained only by the ignorant

... and those benefitting from the resulting disunity.
Time to pit them one against the other.
The one who plants, is not necessarily the one to harvest. And e fit be say who harvest; no no go chop. Everyone has a role to play.

If the fight is truly for and about "country" it will not be sacrificed at the altar of ego. If you find yourself saying "I" too many times; re-examine your motives.
My age grade with the knowledge and experience; how far? With all the wisdom, nibo la ba de?

Barely 3 weeks ago we were all groaning under the weight of multiple increased taxation. Not a month goes by that we don't clutch our chests because another young Nigerian has been murdered in cold blood or another village massacred & razed by bandits.
SOCIETY


LIFE
Kitze @ 🇩🇪️
@thekitze
To people who are under the impression that you can get rich quickly by working on an app, here are the stats for https://t.co/az8F12pf02