Adam Sharp
@AdamS
THREAD: As the founding head of @TwitterGov, I have long been a vocal defender of @Twitter’s permissiveness of @realDonaldTrump’s otherwise-violations of Twitter Rules (1/11)

The “newsworthiness” exemption often held true. If the President was a madman or a fraud, or both, let the spotlight shine on it for the populace to see. Don’t have a private company shield the public gaze from the meltdown and pretend the emperor has clothes. (2/11)

The time for that sunlight has long passed. No one can claim ignorance to his delusion; the citizenry has already chosen whether to swill the toxic Kool Aid. A few more Tweets or less won’t affect that. (3/11)

The stronger argument was always that there was something exceptional about the presidency. That there are actions, when taken by the President, that must be held to a different standard than when taken by a private individual. (4/11)

An early example of this was a series of @realDonaldTrump Tweets threatening the North Korean regime early in his term. Violent threats such as these would normally violate the law and Twitter Rules. (5/11)
POLITICS

Mr Kellie Strøm
@kelliestrom
I want to echo Ibrahim’s welcome for this engagement with Syrians by @AnnaMcMorrin and @WayneDavid_MP.

At the same time I am overwhelmed with how far we are from where we need to be.

I have such a flood of thoughts, it is hard to know where to

Words turned into action. Labour leadership in the past would not even meet Syrians, let alone follow up on the meeting with a letter to Gov asking them to do more on Syria! Previous labour used to ask for less, muddy waters and spread disinformation on Syria. What a change!! https://t.co/iB8r7bCqUW

One difficulty is having too much to say. Another is that so many of my thoughts are by now steeped in bitterness.

I think it is very important to say that Labour’s problems on Syria don’t begin and end with Jeremy Corbyn and his associates.

There is too much bitterness on Twitter, but I think I need to write a little on mine here, and how it colours my view.

Inevitably some couldn’t help think of Corbyn’s record of siding with mass murderers.

The month after came the anniversary of the Ghouta Massacre. I don’t believe Starmer mentioned it. I don’t think @lisanandy said anything about it either.
POLITICS 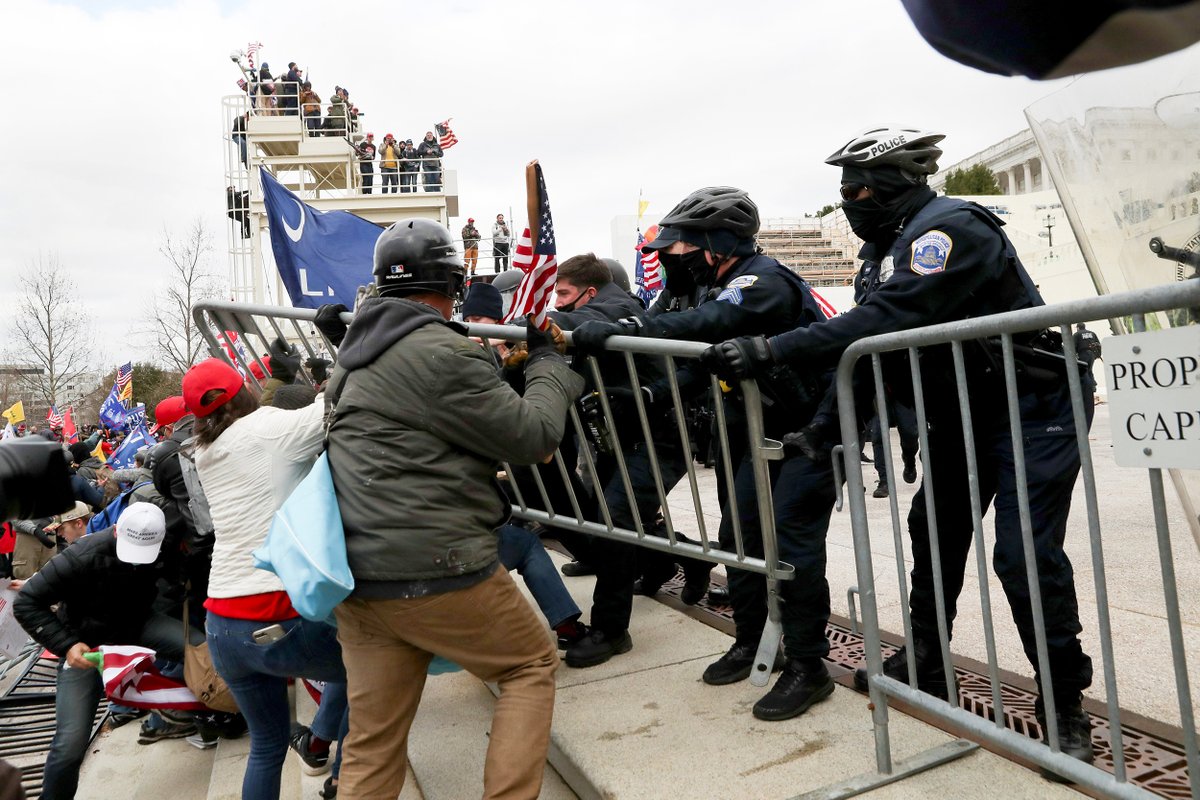 Rep. Haley Stevens: "I’m sheltering in place in my office. The building next door has been evacuated. I can’t believe I have to write this."

BREAKING: Trump supporters descend on U.S. Capitol, clash with police who are protecting entrances to the building during congressional debate on certified Electoral College votes.

LIVE: Trump supporters storm the front of the U.S. Capitol amid violent clashes with police.

We are back in cannon. This is what\u2019s happening at the steps of the Capitol, which isn\u2019t allowed to have people pic.twitter.com/ecY2MsIb1g

Matt Taibbi
@mtaibbi
Thread. 1) Thirty or forty years ago, supporting free speech was understood to be a non-negotiable core value of the liberal left.

2) Pop culture endlessly celebrated liberalism’s uncompromising support of speech rights — from The People Vs. Larry Flynt to Field of Dreams to The American President.

3) Think of “President Shepard’s” speech in “The American President” about how “America isn’t easy” and citizenship requires we “acknowledge a man whose words make your blood boil.”

4) That started to change long before Trump. As “The American President” came out, Bill Clinton was pushing the first Internet censorship laws.

When the PATRIOT Act passed, every Democrat but one in both houses voted yes. Russ Feingold, Independent Bernie Sanders, and three Republicans voted no.
POLITICS