KrishnaLeela
@Talesofkrishna
Well said VW. I would like to contribute to your thread. Charity or Dāna as we Sanatanis like to call it is very much a part of our culture but it is quite different from that of Abrahamic faiths.

Truth -
Christian charity is for conversion only,

Charity is not only part of Hinduism but hindu society is based on Charity.
In fact our mothers still keep aside food for cows and dogs pic.twitter.com/MwxUBoXX06

While the [email protected] Zakat or xtian Charity is limited to people who adopts their faith the real meaning of Dāna,Dakshina & Bhiksha has all together a different purpose that doesn't come with the baggage of gaining something in return.

Many of our scriptures points out the duty, benefit and purpose of Dāna. Here are a few references from our Sanatani scriptures that attunes to charity.

In Bhagavad Gita, (17:20) Shri Krishna mentions that charity given without the expectation of anything in return is the highest form of Charity & is considered sattvik. 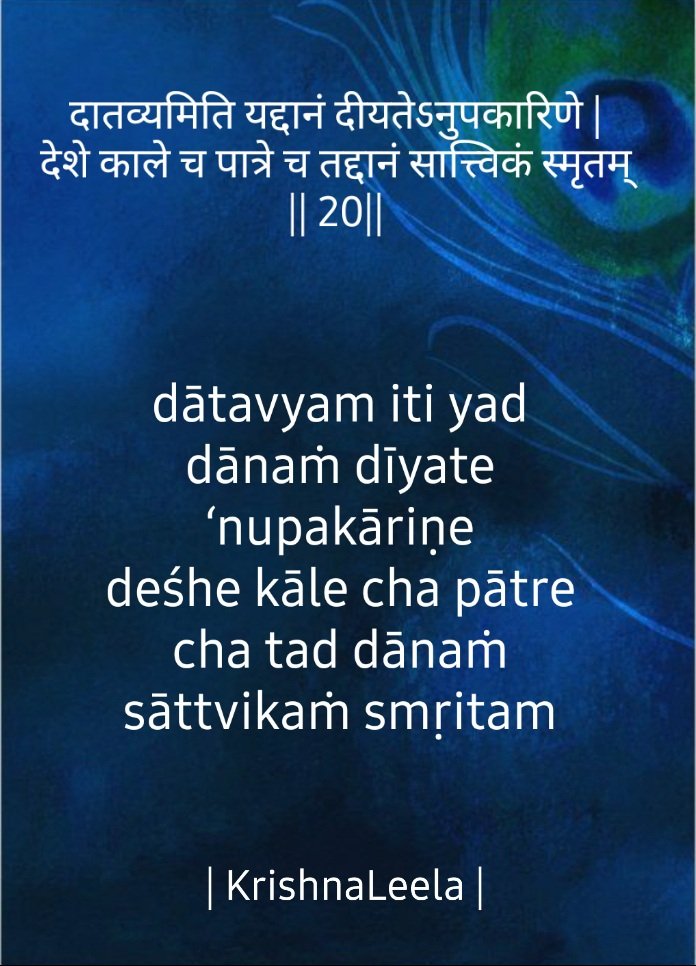 In the next verse (17:21) Krishna particularly says charity given with any expectation of any reward or return or given with reluctance or grudges is not the highest form of charity thus emphasisg the selfless form of Dāna even more. 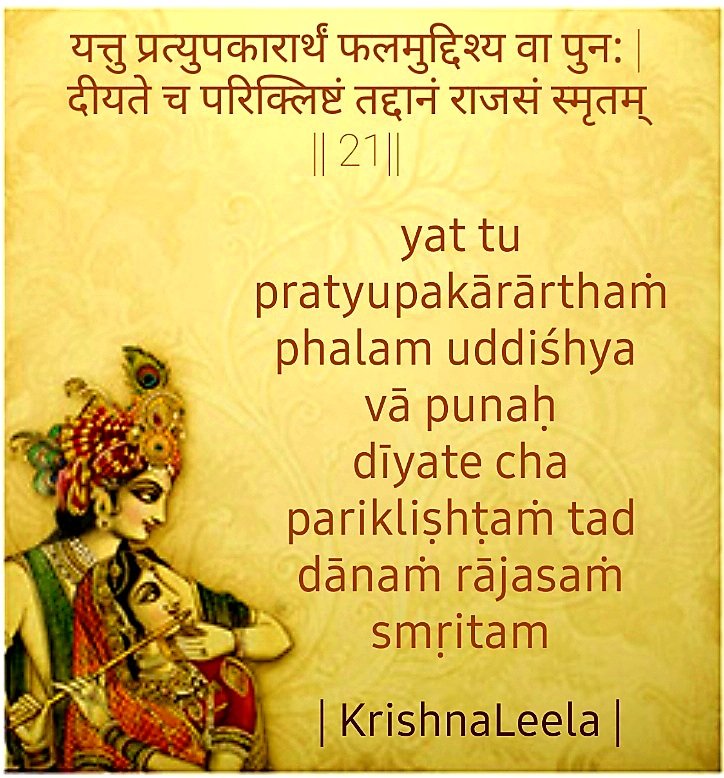