Part of what is going on here is that large sectors of evangelicalism are poorly equipped to help people deal with basic struggles, let alone the ubiquitous pornography addictions that most of their men have been enslaved to for years.

There\u2019s this crazy horseshoe where where having a strong emphasis on human sinfulness just turns into a power washer that blasts all harm and wrong-doing down to the same level of things people (re: men) inevitably do given half a chance. https://t.co/BLOWzpf1RA

Vanessa Wills
@vcwills
We need to stop imagining the Jan 6 fascists are purely "brainwashed," misguided, etc. Neither are they guided by white supremacy *only*.

They are largely a vanguard of principled petty bourgeois reactionaries who oppose democracy whether in its mass/working-class or liberal bourgeois form. They have allies in the most conservative and reactionary corners of the "big" bourgeoisie.

They see through a funhouse mirror the hypocrisy of liberal bourgeois democracy (no, the electoral college is not "sacred" 🙄). They also vehemently abhor the capacity of true democracy—socialism—to liberate oppressed, exploited workers upon whom their precarious fortunes depend.

To the extent liberal bourgeois democracy engages mass politics and gives even a highly attenuated and mostly suppressed voice to the working masses, that section of the petty bourgeoisie which turns to fascism regards liberal democracy as a betrayal. Only capital should speak.

The woman who died attacking the Capitol Building was a small business owner from San Diego. Yes, her head was full of conspiracist nonsense but she didn't just invent that lockdowns and worker protections might save lives but hurt her bottom line.

Enigma
@ainittomai
On December 25 Mr Pool retweeted August 16 message about the Phoenix and that the worst was still on the horizon to come. 1/* 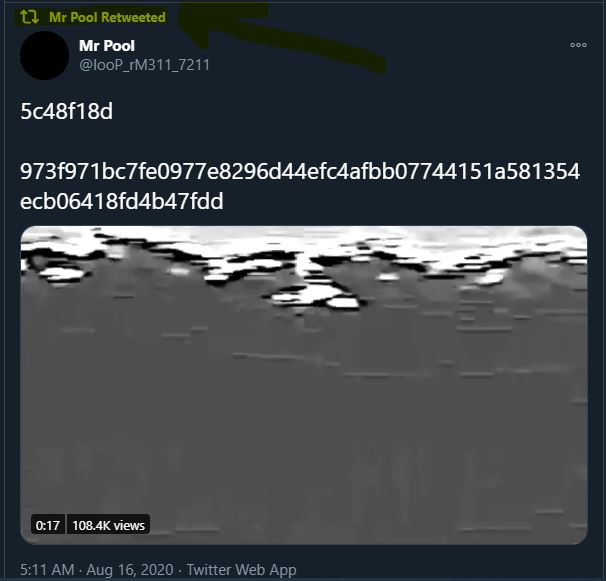 Maybe now we can assume that November 3 message meant "FUD" nor "FUN". Putting the word in capital letters seems to indicate the aspect the word fud has in our space, FUD. 2/* 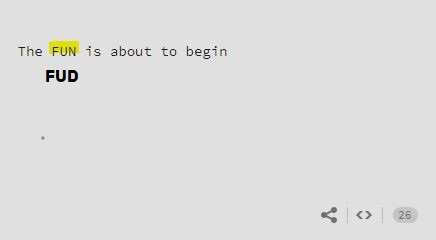 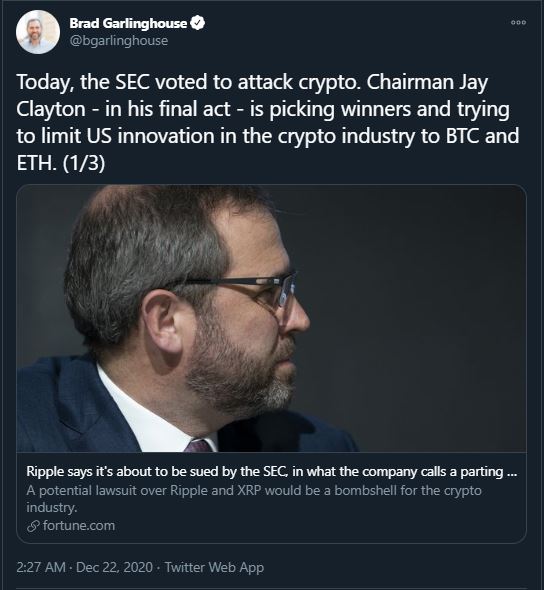 FUD materializes, Bitstamp is one of the first that haltes XRP trading and so on. 5/* 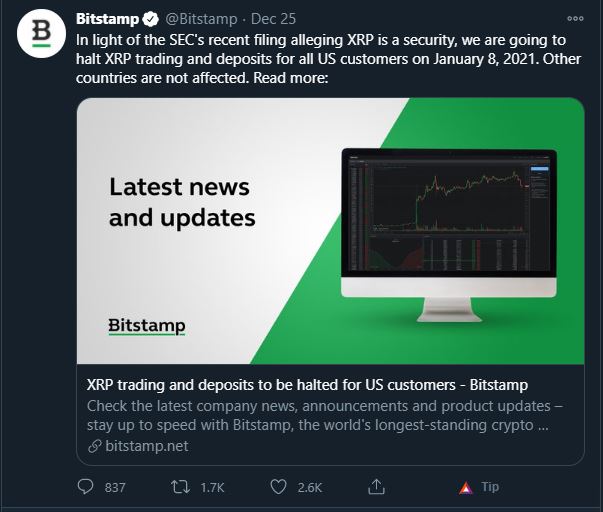 David Boxenhorn
@davidboxenhorn
1. The death of Silicon Valley, a thread

How did Silicon Valley die? It was killed by the internet. I will explain.

Yesterday, my friend IRL asked me "Where are good old days when techies were

Where are good old days when techies were libertarians.

2. In the "good old days" Silicon Valley was about understanding technology. Silicon, to be precise. These were people who had to understand quantum mechanics, who had to build the near-miraculous devices that we now take for granted, and they had to work

3. Now, I love libertarians, and I share much of their political philosophy. But you have to be socially naive to believe that it has a chance in a real society. In those days, Silicon Valley was not a real society. It was populated by people who understood quantum mechanics

4. Then came the microcomputer revolution. It was created by people who understood how to build computers. One borderline case was Steve Jobs. People claimed that Jobs was surrounded by a "reality distortion field" - that's how good he was at understanding people, not things

Jennifer Abdo
@J_Abdo
Horseshoe theory sets off my bs detector & the divisions on the left leave me at a loss for an explanation- Venn diagram? Another shape? What's going on?
Enter @bastardspod! They really break this down & sort it out in a way that helped me out a lot.

Three of their points I found particularly useful in explaining why the horseshoe looks correct to some or why/how some ppl that look left-ish are really extreme right or take that turn (ally with boogaloo or proud boys, for instance?). 2/10

📍as you go farther left, some are more attracted to authoritarianism or violence like those on the right. BUT this is NOT a horseshoe bc the ideals of left & right are starkly different. That's important - this isn't a horseshoe. 3/10

Their examples are Kessler (of Unite the Right) who started in Occupy Wall St NY & Mussolini who started out against imperialism. Seemingly left-ish ppl turned fascist - why? I agree with the hosts when they said if you're anti-authoritarian, you won't end up a fascist. 4/10

📍(surprise!) toxic masculinity (they don't use those words) or wounded masculine pride is a factor. The pod says~getting the shit kicked out of you can push men in a violent authoritarian direction. Feeling disenfranchised like MRAs and white nationalists seems related too. 5/10
FOR LATER READ

This thread is not part of the Angelology Threads we are focusing on this month of February but it is a response to what uNkulunkulu laid on my heart when I was finishing up Part 3 of the main threads.

This thread is also not an attack but a personal observation.

The Levites or the Tribe of Levi was/ is one of the original 12 tribes of Israel. Descended from Levi the son of Jacob. Descendants of Aaron, the first high priest of Israel. The Levites were designated as the priestly class, also known as the Kohanim.

The Levites were known to stand for truth, at all cost. Some considered them an army set apart by and for uNkulunkulu.

And behold, I have taken your brothers the Levites from among the people of Israel. They are a gift to you, given to the Lord, to do the service of the tent of meeting.
FOR LATER READ 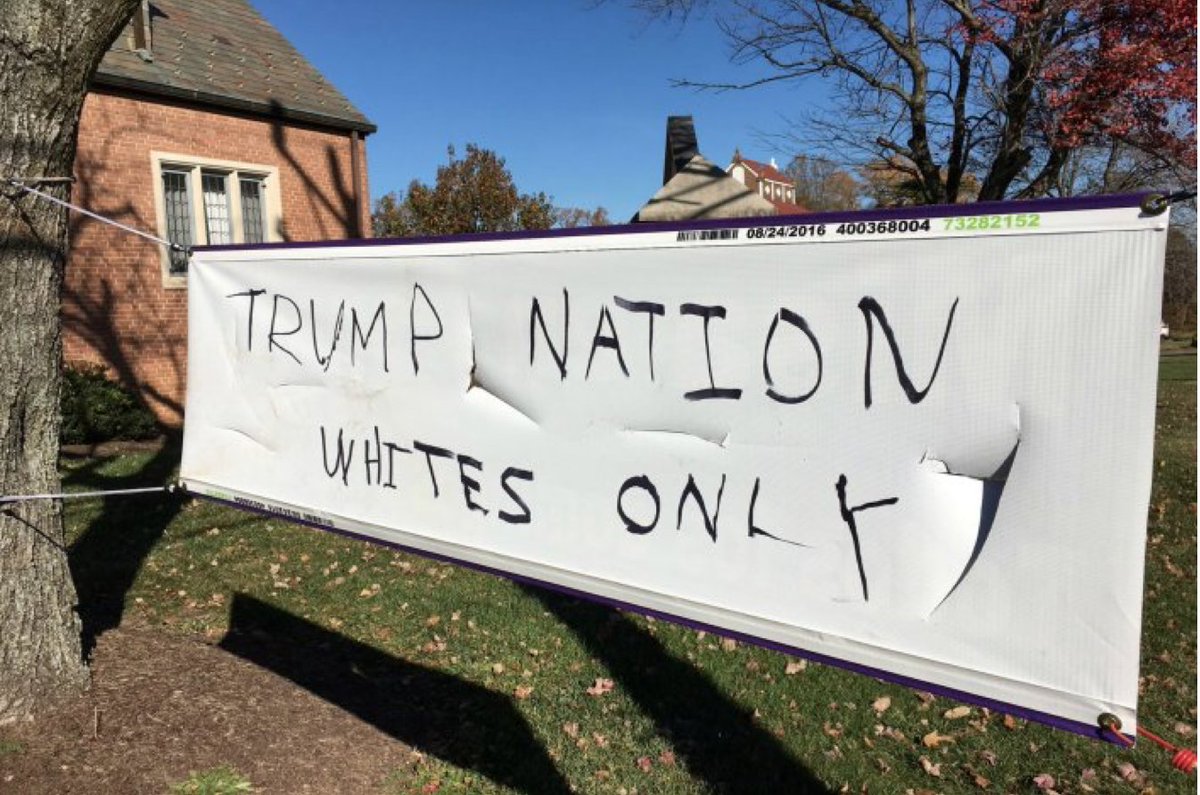 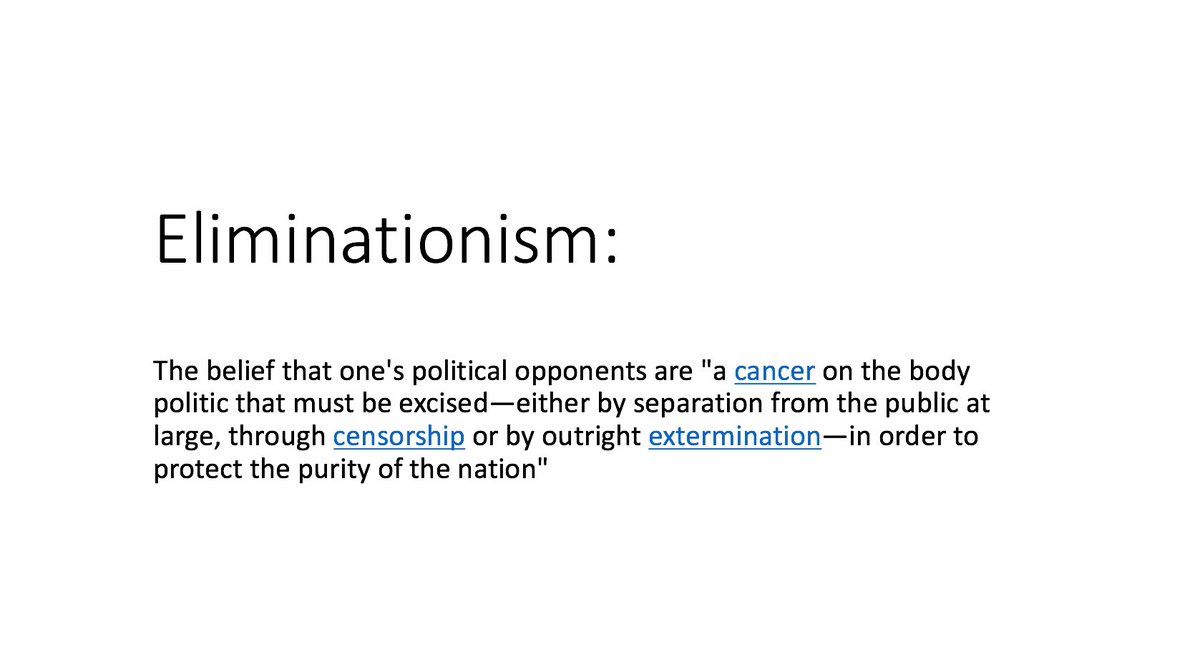 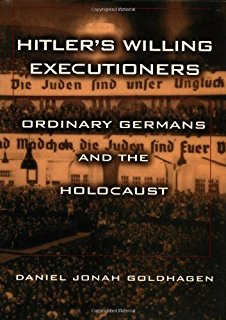 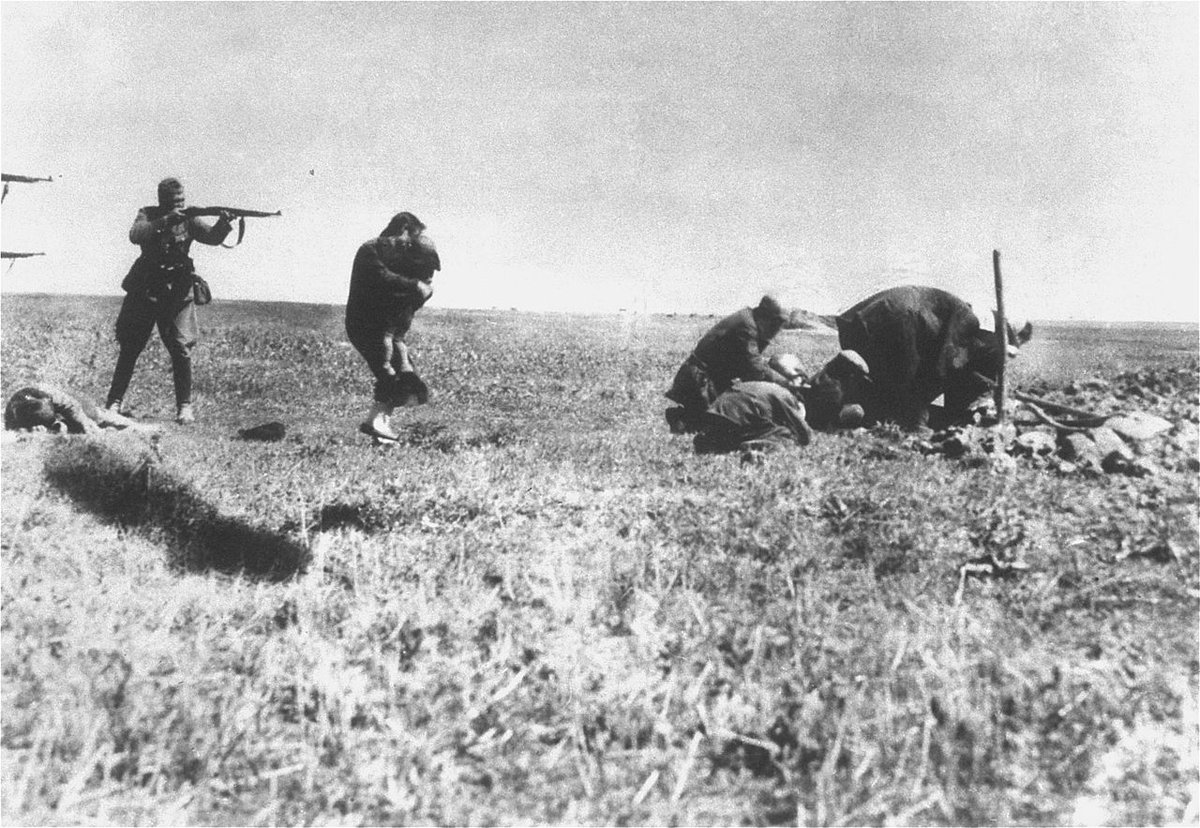 Originally named as Lachit Deca, Lachit Borphukan, the fierce and invincible Ahom Commander, was born during the early 17th century at Betioni in the Golaghat district of modern Assam. 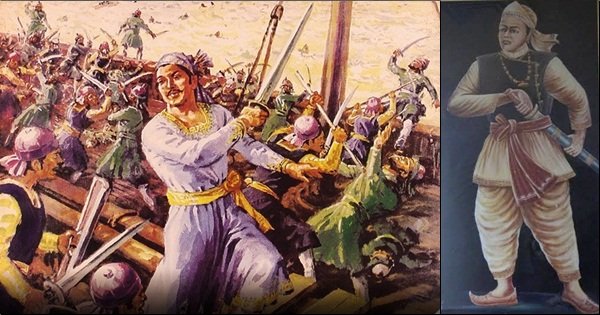 His father, Momai Tamuli Borbarua was the ‘Governor’ of the kingdom and also ‘Commander-in-Chief’ of Ahom army under King Pratap Singha during his reign starting from 1603 to 1639. Lachit received military training from an early age and joined the Ahom King Jayadhvaj Singha... 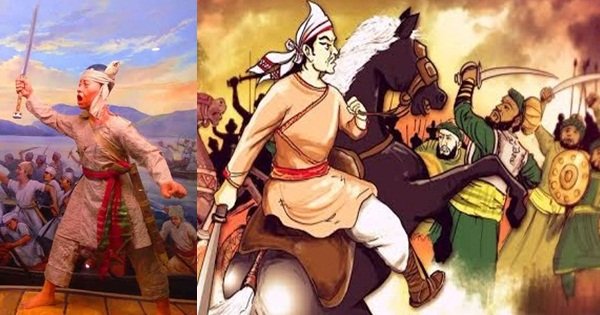 ...(1648-1663) as a scarf-bearer.  The post ‘scarf-bearer’ or ‘Soladhara Barua’ is considered as a part of the incumbent king’s personal staff. Owing to his military training Lechit was appointed "Ghora Barua", Supdt. of the Royal horses. When Chakradhwaj Singha became king.. 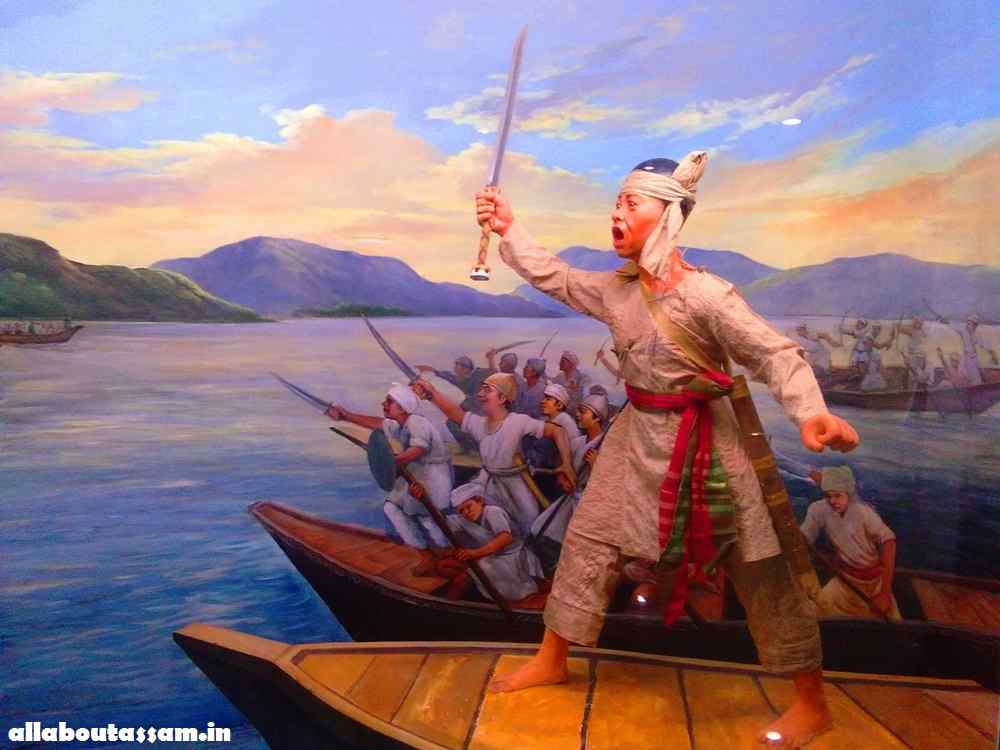 ..of Ahom dynasty in 1663,he appointed him Suptd. of The Royal Guards &finally he was appointed as Borphukan by the king.Then onwards,he was known as Lachit Borphukan.Borphukan used to be top councillor in Ahom Kingdom. This position was embedded with executive & judicial powers. 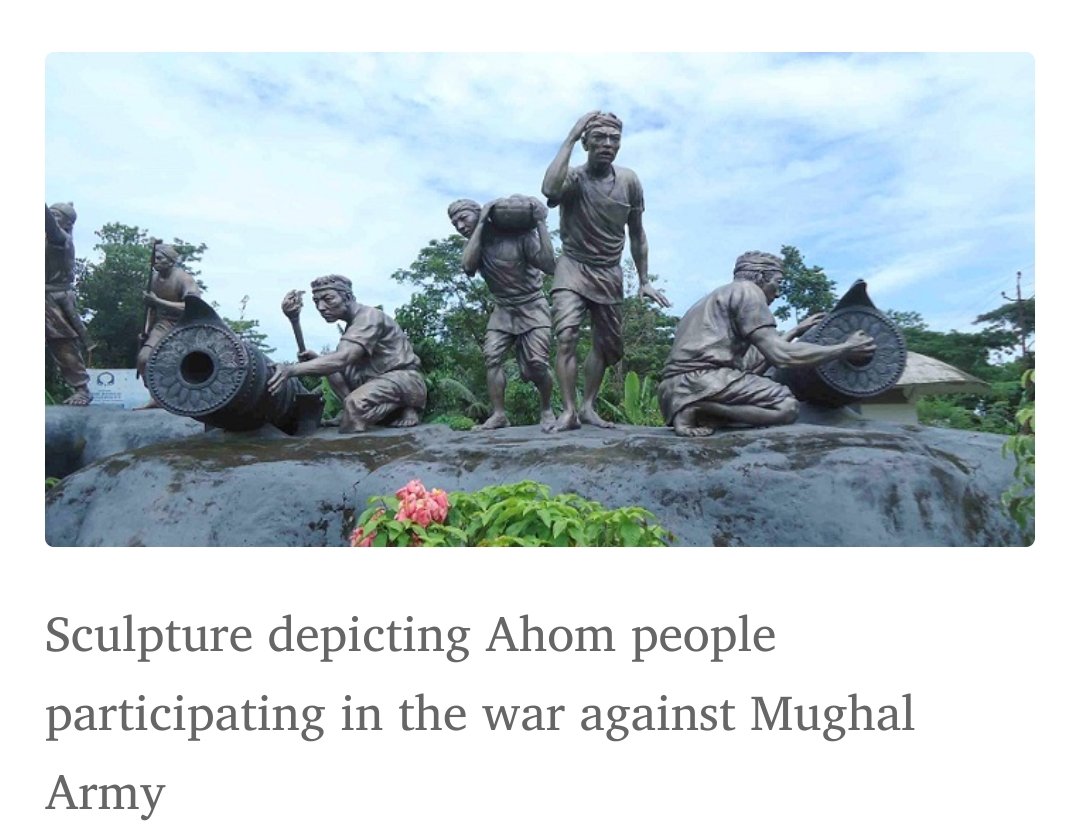 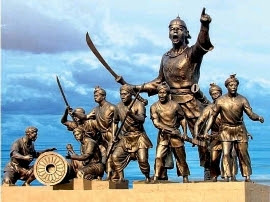 In Tamil Kol means planets,Aru means cut- set of songs in Kolaru Pathigam addresses all Navagrahas& last 2 lines of every song with end a plea to Bhagwan Shiva to reduce/erase the ill effects of Navagrahas 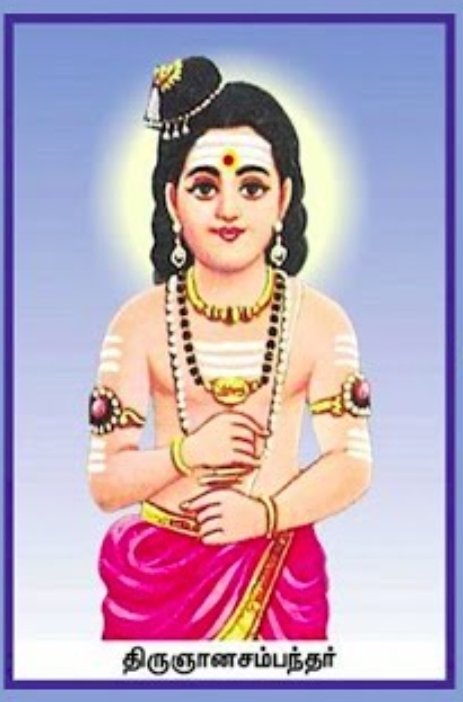 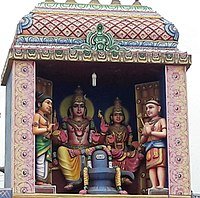 Thirumaraikadu(Vedaranyam) -
Appar & Sambandar were asked to enter the temple through side entrance.The main door was locked by Vedas many years ago.Appar&Sambandar sang devotional hymns praising Shiva, after which the gates opened & closed.After which main door opened for all. 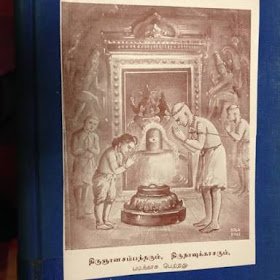 After darshan of Bhagwan Shiva at Thirumaraikkadu,Sambandar received a message to travel to Madurai.
During that time, Samanam was on the rise in the Pandya Kingdom.The Pandya King converted to Samanam.The Queen Mangaiyarkkarasi was a staunch Shiva devotee and was upset.