wikipedia “seasonal ha...
@eveewing
I’m contemplating leaving @twitter. The platform has proven to be instrumental in harming people with marginalized identities, which normally I wouldn’t blame a media platform for except that @jack has demonstrated negative interest in doing anything about it.

Every time someone in the press refers to me as a “twitter celebrity” (actual phrase that I don’t fully understand or subscribe to but this is what people say) it means that my presence and voice are adding social cachet to a company that I find to be quite terrible.

People tell me that they learn a lot from what I have to say here, and sometimes that it’s their first or only exposure to certain ideas, histories, perspectives, etc. and I have to weigh that too. But I could post that stuff elsewhere.

We’ll see. I’m just thinking aloud for now but I’m watching closely to see what @twitter and @jack do in the coming days and how they respond to what we now know about Cesar Sayoc (beyond one really stupid tweet). Because we know it’s not just him. Big changes need to happen.
SOCIETY

that's the racial wealth gap. it's bad. google it. onto the myths."We contend that a number of ideas frequently touted as 'solutions' will not make headway in reducing black-white wealth disparities...While these steps are not necessarily undesirable, they are wholly inadequate."

"There are no actions that black Americans can take unilaterally that will have much of an effect on reducing the racial wealth gap. For the gap to be closed, America must undergo a vast social transformation."

me reading this out loud: 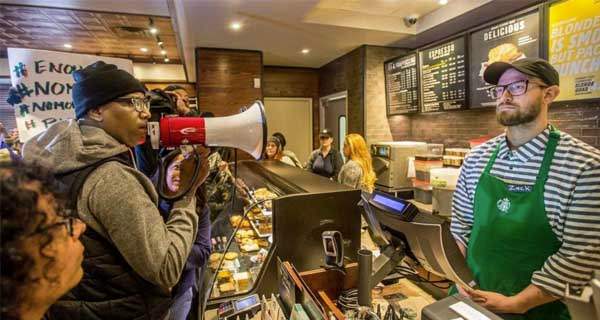 wikipedia “seasonal ha...
@eveewing
Imagine a bunch of people are in a tent. It’s an awful tent. Call it the Awful Tent. why is it awful? I dunno. Uhhhh there are bears outside and maybe a bunch of mosquitoes inside. It just sucks. It’s an awful, sucky tent for everybody.

Periodically people in the Awful Tent have discussions about their circumstances. “How are we gonna get out of the Awful Tent?” “I’m sick of being bitten by mosquitoes.” “Omg the constant growling of the scary bears outside gives me anxiety.” Everyone commiserates.

But the thing is, not everyone’s position in the tent is the same. Some people have staked out a spot in the center where they can’t hear the bears. Some people are more or less prone to getting bitten by mosquitoes. Some people are allergic to the damp, mildewy, Awful Tent.

The Awful Tent has holes and some people have been stuck for a long time under the holes. Every time it rains they get wet. They’re perpetually sick and soggy as a result.