BC STARTUPS
Saved by @zmbnski

Nobody talks about failure in Silicon Valley, yet 90% of startups fail.

3 yrs ago, @neerajberry and I shut down @Sprig, which raised $60M from @GreylockVC + @socialcapital & grew to $20m revenue.

Then, it all fell apart.

For an honest story about failure,

What about @lyft for food?

We looked @Postmates + thought:
- the food arrived sloppy / restaurants don't care about delivery
- it took forever (1hr)
- too expensive
We struggled through product iterations until we found "magic":

To make it possible, we had to run the restaurant ourselves; it would be expensive but worth it

We recruited @n8keller, Morgan Springer + @mattkent as founders
We launched and had immediate success. The buzz was unbelievable. Within months we were on track to do $1M revenue/year.

Our Series A was a hot round. I did 4 partner meetings on the same day. Raised $10M.

Great investors, great team, off to the races - @omal and @simonrothman
2 challenges arose:

1) Govt. SF health + planning made our lives hell. They didn't like our innovations. We had to bribe officials ("lobbying").

2) Gross Margins (GM). As we grew, our burn rate grew too. We were losing money on every meal. If only we could get to critical mass.
We had epic revenue growth w/ burn rate growth. Soon we were burning $1.5-2M/mo!

We were always “1-2 months away” from managing the burn.

We finally got some progress on margins, but it meant degrading the product: food is fickle.

Less money in, worse food out.
Nonetheless, it was a 🚀. Growing 3x faster than @udemy did. Margins were improving; we were down to losing just $1/meal.

The public treated me like a star, which was both uncomfortable & awesome.

Even my dating life felt like it had improved 2-3x.

But secretly, I was nervous - it didn't feel like a done deal.
All of a sudden, everything changed.

We scrambled to figure out why.

Was it seasonality? Was it our rising prices? Was it the quality of the food?

Everyone was running tests to figure out why and what to do.
OH

It was UberEATS, which launched that week.

Fucking Uber. After hearing all the war stories from @lyft, I knew they were unsavory competitors.

Super smart, ruthless with big coffers.
Board meetings were tense: should we restart? We had $15M in rev still; if we closed, we'd lose it.

What about pursuing a sale? If we do layoffs, then we can’t sell. If we don’t, we may die trying.

We decided to pivot to a new offering that focused on food quality.
It was all fucked.

Everyone (fam, friends, investors) thinks you're doing well and you can't tell them you're not.

We were in pure panic mode.

We launched Sprig 2.0, shut down Chicago and laid off 1/3 of HQ staff to conserve burn.
Managing external and internal parties was tough.

I shut down external activities, such as talks and press, so we didn’t become a Theranos.

Internally, I leaned on my executive team. They were honest and kind with our employees. Through it all, we had only 1 departure.
Sprig 2.0 wasn’t enough.

We got to $0 margins, but the traction didn’t improve.

The board asked us: what would it take to be fully profitable?

We were running a restaurant doing $6M in revenue but paying real estate for a place that needed $20M in revenue to be profitable.
The team had fought hard - but we were all completely exhausted.

After 3 pivots & multiple layoffs, we faced a final decision. We had $8M left and knew we had to restart or quit and return the money.

1) In 2013, we mistook present for future. Delivery apps got better w scale. We got worse.

2) The profit equation was off. The market size in SF was too small for our big kitchen. We blitzfailed.

Few grudges were held & we took care of the team. They mostly landed on their feet (Silicon Valley embraces failure).

A classy ending helped sow the seeds for forgiveness.
All told it was just 4 years.

If you're gonna fail, do it fast.

If you're gonna succeed, do it slowly.

In startups, remember to watch your flanks. Your competitors are not your direct competitors, but the whole market.
After @sprig, I took off and traveled the world. Will be sharing a lot more on Sprig and other stories at https://t.co/ZIqQt0cadZ.

Thanks to everyone who believed in us.

Follow me to read more honest takes from a recovering founder 🙏🙏🙏
Thanks for the amazing feedback!

Here's an equally honest thread about @udemy going from 0 to $2B valuation:
https://t.co/mc9Dd8A6xI

ICYMI, we announced a $50M raise at $2B valuation.

Udemy almost died at least 5x. We got rejected by everyone in the Valley. Startups are never a straight line.

Justin Jackson
@mijustin
Yesterday, I wrote about how easy it is to sell ice cream on a crowded beach: https://t.co/a9z2ZTixb7

Today, I’m at the local fair.

There are hundreds of vendors.

But there are also huge crowds who are hot and thirsty; lots of demand for cold drinks!

Go where the crowds are! 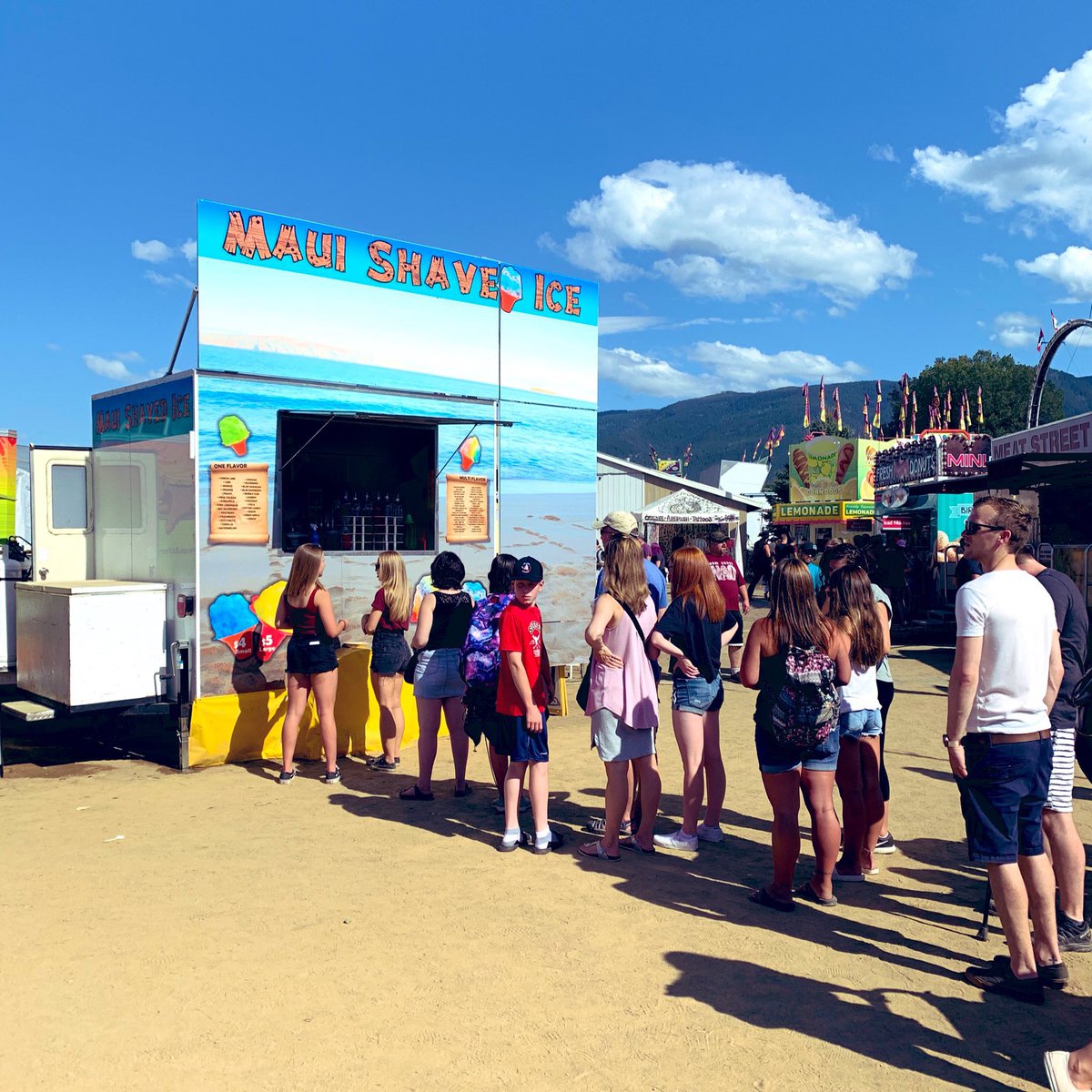 Again, this is just a metaphor!

But it’s a good reminder:

🍋 If you have a lemonade stand, it’s better to go somewhere hot, where there are a lot of thirsty people.

💻 If you want to make software, it’s better to go where there are a bunch of potential customers.

There are a TON of factors that influence a business’ success (or failure).

But choosing a market that has a lot of demand (and good channels) is essential for future success.

In business, nothing is guaranteed.

You might be in a good market today, but tomorrow it could fall apart.

The economy can go up, or it can crash.

A good competitor can come in and grab market share.

But this reinforces the point:

“Business is already hard, why make it harder?” – @asmartbear

Why try to enter a niche where there’s no demonstrable demand?

Why try to serve a total addressable market of 500, when you could go after 500,000 potential customers?
STARTUPS

5/ In the beginning, do customer support yourself. You will learn a lot about why your product sucks. I did 5,000+ support tickets when it was the two of us. Delight customers & fix things fast while you learn. It will help you build an amazing intuition about your customers.
STARTUPS
Advertisement

If everyone was holding bitcoin on the old x86 in their parents basement, we would be finding a price bottom. The problem is the risk is all pooled at a few brokerages and a network of rotten exchanges with counter party risk that makes AIG circa 2008 look like a good credit.

The benign product is sovereign programmable money, which is historically a niche interest of folks with a relatively clustered set of beliefs about the state, the literary merit of Snow Crash, and the utility of gold to the modern economy.

This product has narrow appeal and, accordingly, is worth about as much as everything else on a 486 sitting in someone's basement is worth.

The other product is investment scams, which have approximately the best product market fit of anything produced by humans. In no age, in no country, in no city, at no level of sophistication do people consistently say "Actually I would prefer not to get money for nothing."

This product needs the exchanges like they need oxygen, because the value of it is directly tied to having payment rails to move real currency into the ecosystem and some jurisdictional and regulatory legerdemain to stay one step ahead of the banhammer.

Delilah S. Dawson
@DelilahSDawson
So here is a secret: Not everything I write goes anywhere. I have at least 4 books completely written and edited that never went on submission. I have books that stalled out at 20k. I have docs on my computer with opening paragraphs I don't remember writing. But! 1/

Every now and then an idea sticks with me like that corner of tortilla chip that just won't go down your throat. It happened with SPARROWHAWK, which began as 40k of a YA story, died, and was reborn as a comic, thanks to @christopher_j_r and @boomstudios. And now... 2/

It's happening with THE WILLOWS, a short story that you'll see in @UncannyMagazine next year. This Southern Gothic horror story began as an attempt to sell my next Romance to @AbZurdity after the Blud books in 2014 or so. And she didn't buy it. Guess why? 3/

Turns out, it wasn't a Romance! It was Southern Gothic Horror. Even the bones of it screamed strangeness, not sexiness. I loved the taste of the world, but I hadn't found the right story yet. Tried to write it 2 more times and failed. Until I finally understood what it was. 4/

So I took the 50 pages I'd written and cut half of them, twisting the story around from a gothy Romance inspired by the band the Civil Wars and turned it into a spooky descent into madness. And it looked back at me from the abyss as if to say, DUH. Sometimes... 5/
WRITING