Anton Spisak
@AntonSpisak
Having now taken a few days to digest the detail of the UK-EU agreement, here's a couple of observations from me on the deal, what it means, how we got here, & where it might take future UK-EU relations.

First, let's be clear that negotiating a deal in 9 months, against the odds, and in the middle of a pandemic, is an achievement. It's too easy to underestimate the difficulty of negotiating over the screen for 4 months, from Mar-June, and under enormous pressure. /2

Both @DavidGHFrost & @MichelBarnier and their teams, deserve a lot of credit for sticking up with it in hard circumstances, often with lacking political clarity, & high stakes.

This shouldn't preclude us, or MPs and MEPs, from looking critically at the deal on the table. /3

That we have a deal is a result of the UK & EU having found a way to protect their core defensive interests.

From the EU's view, integrity of the single market is preserved with level-playing field obligations which go virtually beyond any other 3rd-country (even the Swiss). /4

For its part, the UK has negotiated down EU ask on dynamic alignment on state aid; eliminated any references to EU law; removed any role for the ECJ (NB not in the whole future relationship, due to EU law in NI Protocol); and preserved its right to control access to waters. /5
TRADING

Anton Spisak
@AntonSpisak
Amid all the announcements today, it's easy to overlook that the OBR has updated its scenario on a no-deal Brexit. It exposes an undeniably hard reality for the Govt that claims that the UK would "prosper mightily" under no-deal next year.

1. Key chart: a no-deal/WTO/Australia-style Brexit would delay the point at which econ output regains its pre-virus peak by "almost a year to the third quarter of 2023." 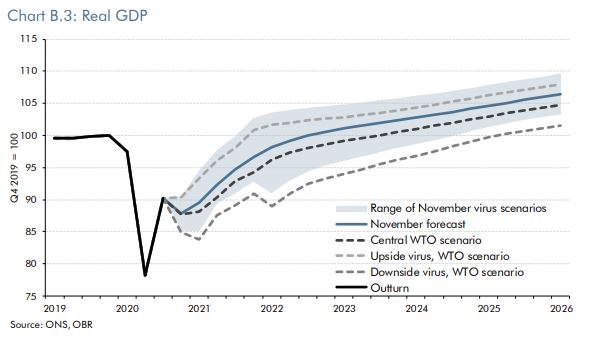 2. Next year, a no deal Brexit would reduce real GDP by around a further 2% - as a result of immediate disruption to the border and uncertainty facing businesses. That's on top of the Covid-related contraction. 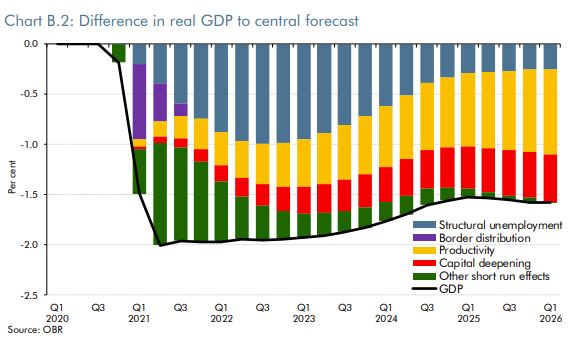 3. While there's some short-term border disruption, most of the costs come in the medium term: from lost employment; productivity losses; lower business investment.

Exactly the opposite of what the Chancellor said to @AndrewMarr9 on Sunday.

All trade intensive sectors that have been spared the same drop in output as the non-tradables this year. 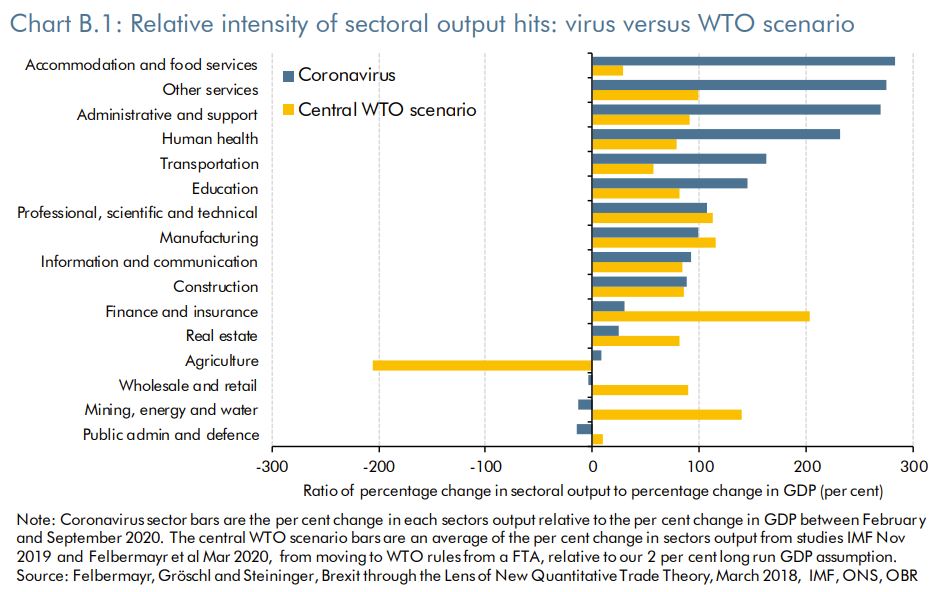 Anton Spisak
@AntonSpisak
These are the questions, big and small, that I will be asking about the shape and quality of a Brexit deal when the text is out:

1. Does the agreement provide zero-tariff and zero-quota access on all goods?

Where to find the answer: Chapter on Tariffs

2. Under what circumstances might tariffs be imposed in the future?

3. Is there “mutual recognition of conformity assessment”? If so, what products does it cover?

Chapter on Technical Barriers to Trade (TBT) and relevant annexes

4. What are the agreed “rules of origin” requirements?

Chapter on Rules of Origin
BREXIT