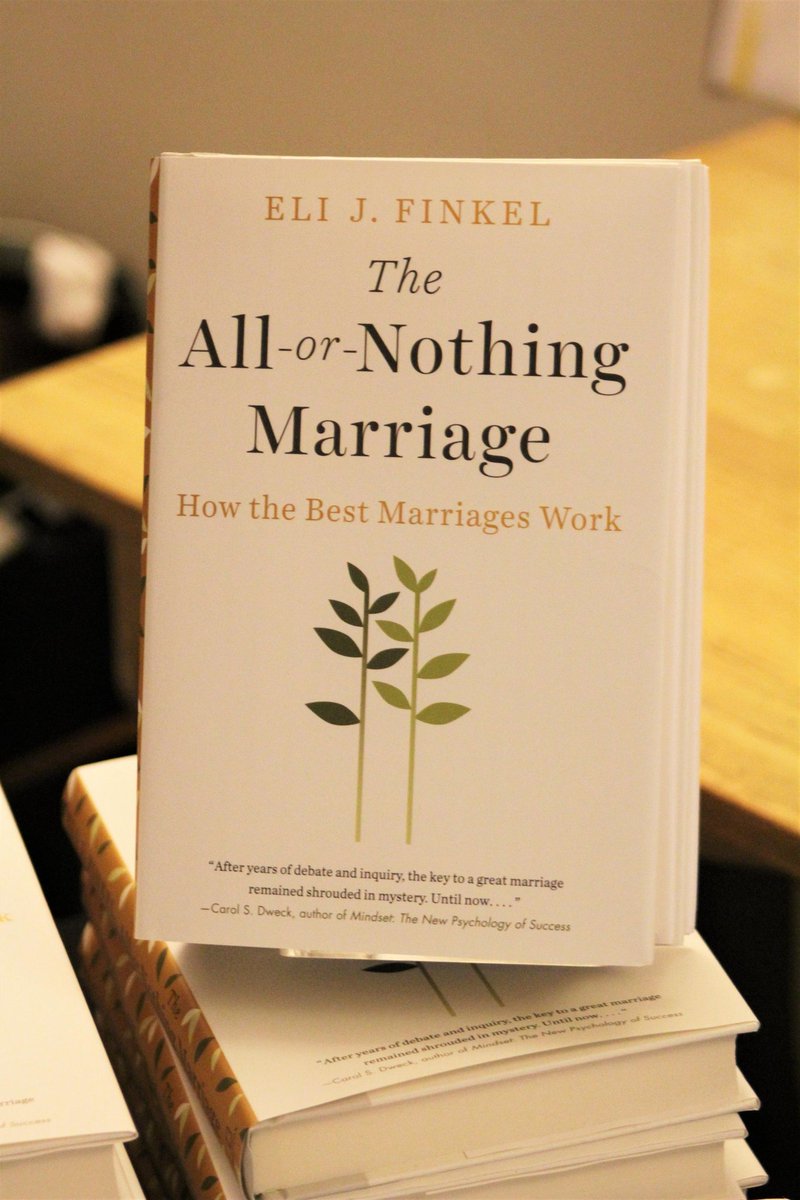 5️⃣There are helpful love hacks to help you overcome low self-esteem and increase gratitude for your relationship.

⭕Denise Marigold, points out that people with low self-esteem tend to dismiss any compliment they may receive from their partner.

⭕So Marigold’s advice is to have the dismissive partner stop to reflect on the compliments they are given.

⭕Rather than responding with disbelief, they should ask themselves: What exactly was said? What is the deeper meaning? And why is this significant to the relationship?

⭕Another love hack that may come in handy is about increasing gratitude.

6️⃣A happy marriage requires time and attention.
Studies show that making enough time for a marriage is key to making your relationship a happy and prosperous one.
BOOKS

Dare2Dream
@Dare2Dr10109801
Gold to dxy has made a double bottom on weekly. Gold is showing a breakout on daily falling trendline.
In the correction everything falls, first to move up is gold, followed by equity

Try #VWAP with period for change where period equal to number of bars in trading day. Acts as magnet for Intraday Mean Reversion moves 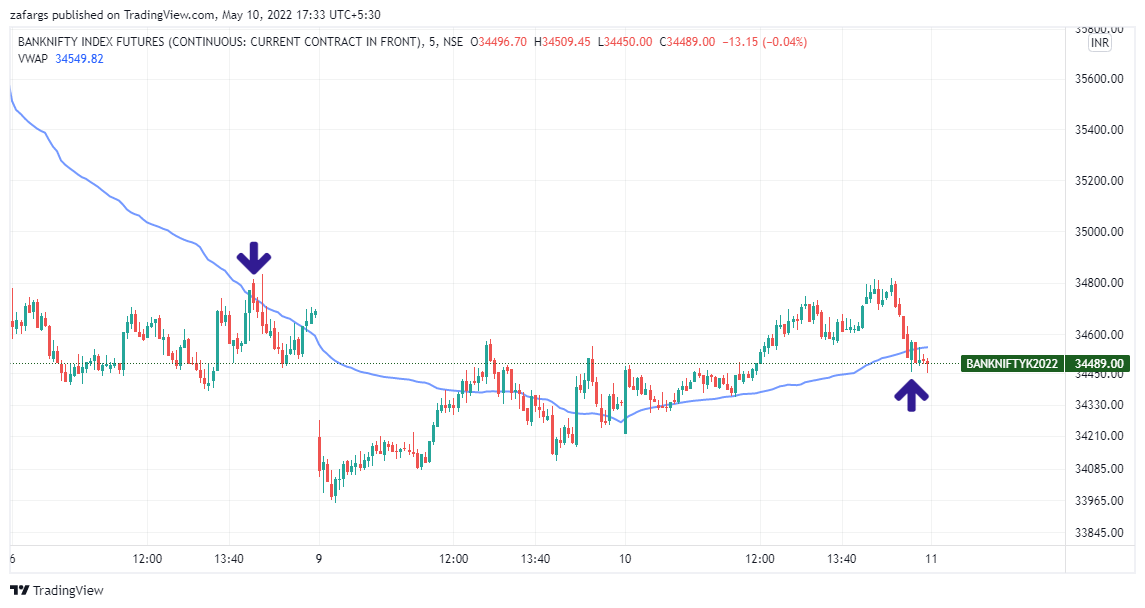 Trendline Investor
@dmdsplyinvestor
#BDL The stock has been holding very well in spite of the crazy sell-off in markets and has been consolidating in a tight range in the last 2 weeks.

The consolidation I mentioned in #BDL is in progress and if I want to take fresh/add more to the current positions this is one way to do it - Trendline retest!

One can also wait for a reversal confirmation before adding. https://t.co/qcUntm9NEz pic.twitter.com/5lgT8aZZpB

PKB
@pankajpbardia
@abdulali7888 @itsAdityaT OI is indicative not certain, certainly it helps to understand direction of market but my experience say weekly OI they turned the table frequently. Monthly is different.
OPTIONLEARNINGS

He understands our prayers when we can't find words to speak.. pic.twitter.com/eVpiSbXqVi 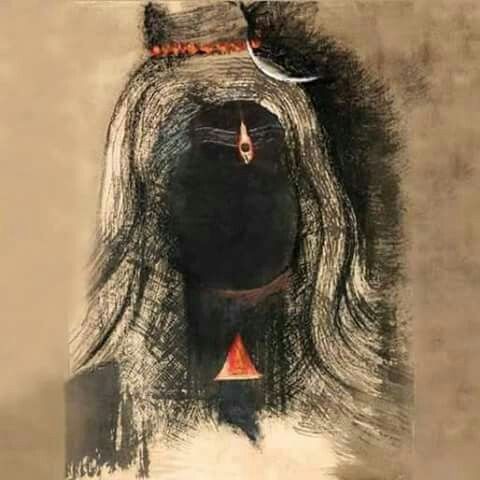 Gold is down for now, but every time demand is coming from the support zone.

I am bullish on Gold for long terms, as per me it would break its ATH resistance, my expected target is BRN of USD 3K/Oz. https://t.co/XT1l48pEx5 pic.twitter.com/8ViSeIPDzN

So what about the Senators? We saw that at least 7 Republican House Members were so certain they had committed federal crimes, they begged for Presidential pardons from Trump

What about the Senators? Let's look at Trump's Three Little Pigs in a this Thread 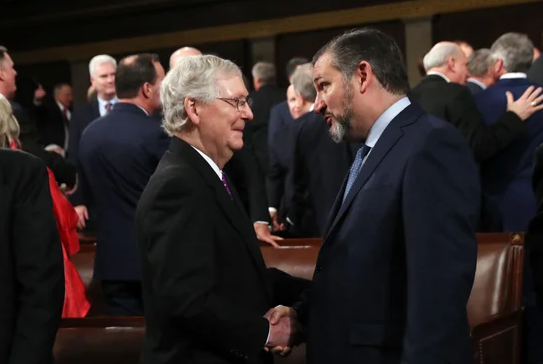 First off is the Kentucky Swamp Creature, #MoscowMitch McTurtle. Many associate Mitch McConnell with Trump & Trumpism & connect many of Trump's horrors like SCOTUS as enabled by Mitch

The reality is quite different, however. It is Mitch who played Trump 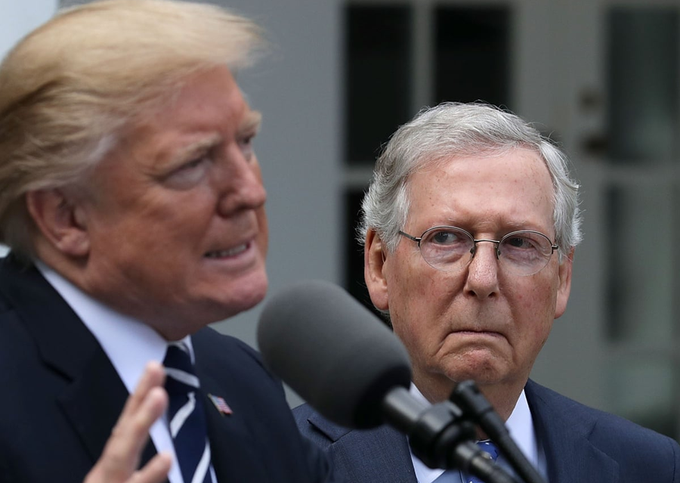 Yes, Mitch is a monster & had caused irreparable damage to America, partly during Trump. But this is more like Hitler & Stalin. Both men were vile monsters, but sometimes allied, sometimes enemies

Mitch HATES Trump, always hated him, to this day 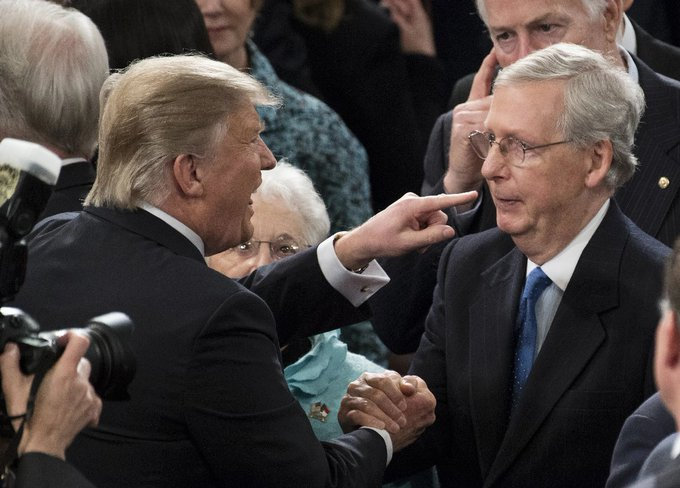 I would argue that the Teenage Mutant Mitch McTurtle has caused MORE lasting damage to America (through SCOTUS in particular) than Trump. But McConnell used Trump to his own ends, and importantly, DENIED Trump what Trump most wanted 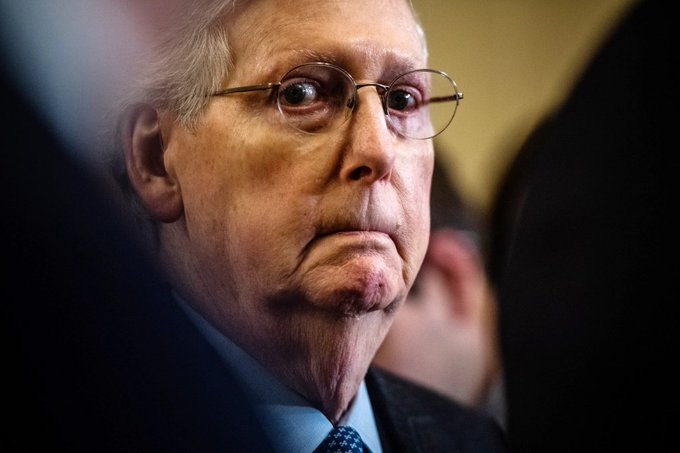 The one thing Donald the Duck McTrump wanted more than anything in the whole wide world - was to have his silly little Wall. Which would not have cost much (compared to tax cuts etc)

And Mitch denied this to Trump. Trump even shut down his OWN government.. 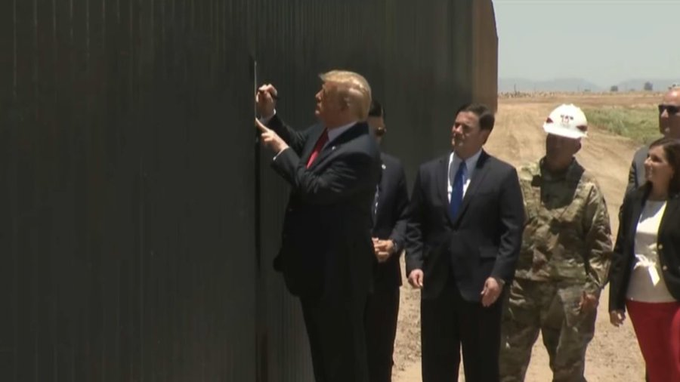 Saurabh Bajaj
@JigyasuInvestor
Saturday Thread Time.
Re-Read interview of Ed Seykota from @jackschwager
book "Market Wizards". It's the most philosophical interview among all interviews. Needs to re-read it over and over.
@vivbajaj Sir, a re-tweet would be highly appreciated.

1. Systems don’t need to be changed. The trick is for a trader to develop a system with which he is compatible

2. The key to long-term survival and prosperity has a lot to do with the money management techniques incorporated into the technical system.

3. The profitability of trading systems seems to move in cycles. Periods during which trend-following systems are highly successful will lead to their increased popularity.

3.1 As the number of system users increases, and the markets shift from trending to directionless price action, these systems become unprofitable, and undercapitalized and inexperienced traders will get shaken out. Longevity is the key to success.

4. In order of importance to me are (1) the long-term trend, (2) the current chart pattern, and (3) picking a good spot to buy or sell.
TRADING

Kunal Bothra
@kbbothra
This is one H&S we all want to see breaking down and hitting its target !!!
A super small (weak) right shoulder and then a retest of the neckline are the two most important ingredients of this chart....
Extremely CLASSIC chart pattern in the making. 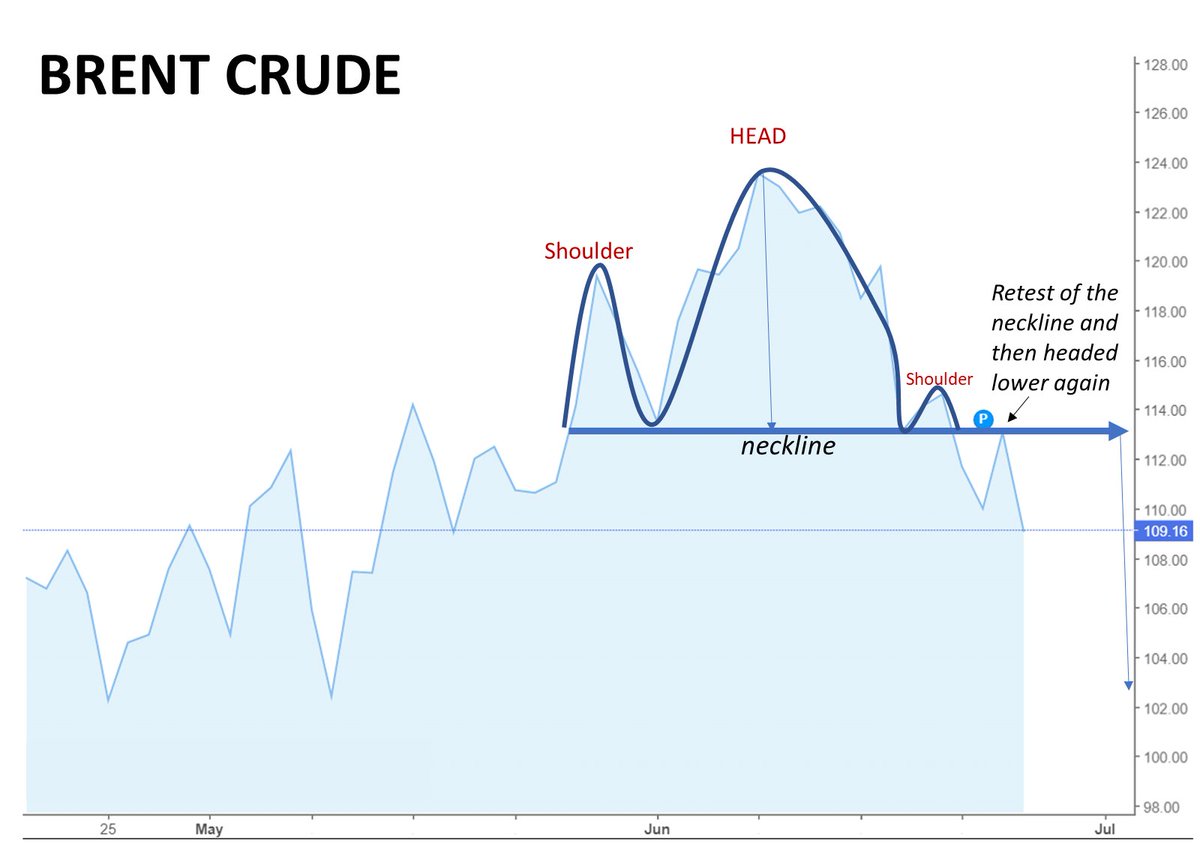 Tar ⚡
@itsTarH
#IEX finally getting close to my average price, will start adding it below 150 (15% further correction from here) 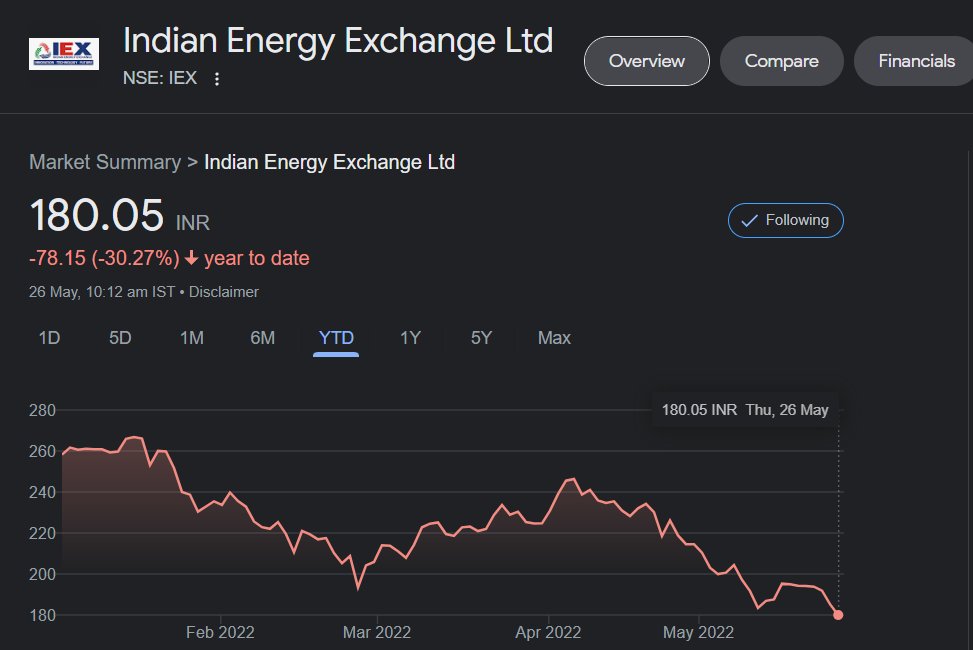 #IEX in my PF is a giant growing dividend paying Gorilla

Main reason I don't mess around with my holdings is cause I expect it to.

Pay Dividend = to my investment within the next decade

Glad they are considering Bonus Issue (tax favorable) instead of Cash Dividend. pic.twitter.com/2cLt6yK0Xw

These repositories are so priceless 🤯 , better than some courses out there ✨

Here are 10 repositories that you don't wanna miss.

This repository takes the concepts of clean code by Mr. Robert C. Martin and adapts them for JavaScript so you can use them in future

This repository consists of a list of software(Saas, Paas, Iaas, etc.) and other offerings that have free tiers for 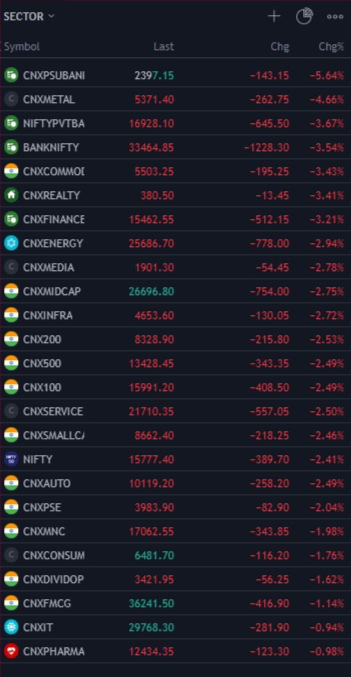 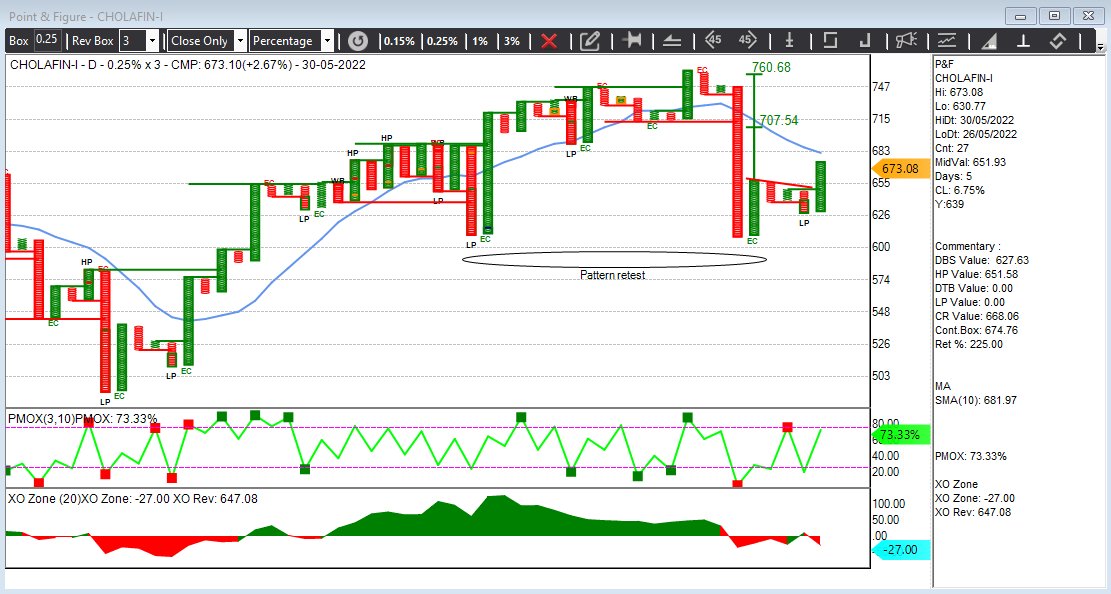 MeidasTouch.com
@MeidasTouch
Listen carefully as they all recite the same lies practically verbatim. All from the same Federalist Society script. #LyingGOP