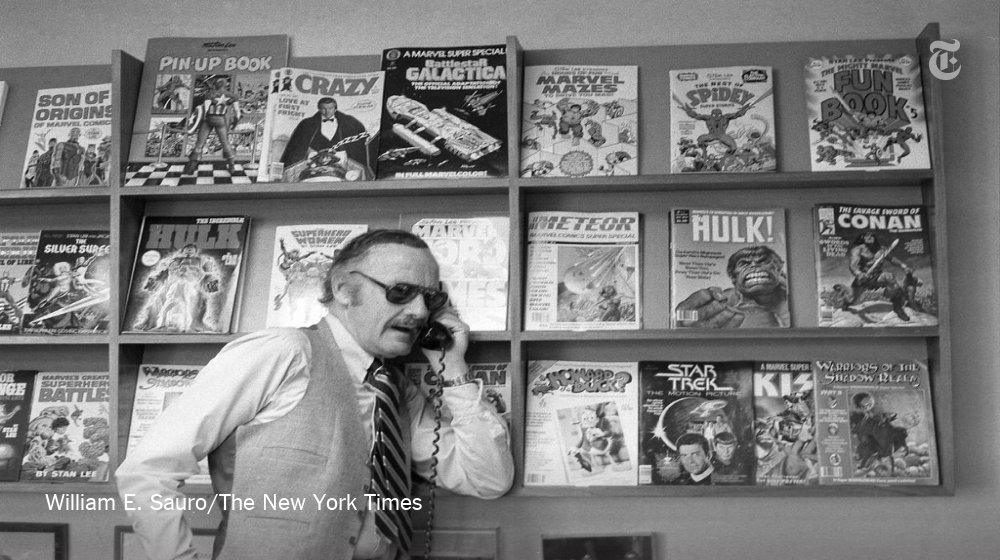 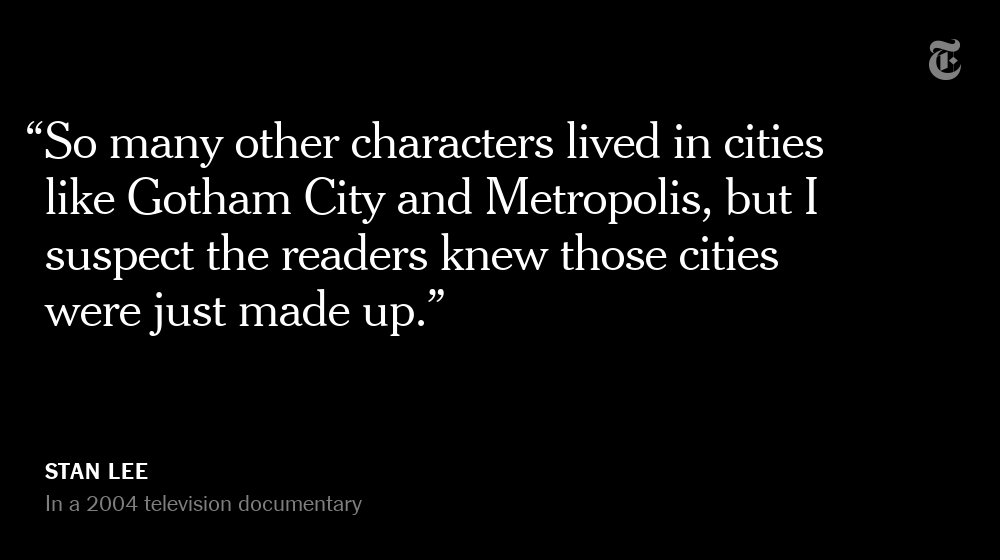 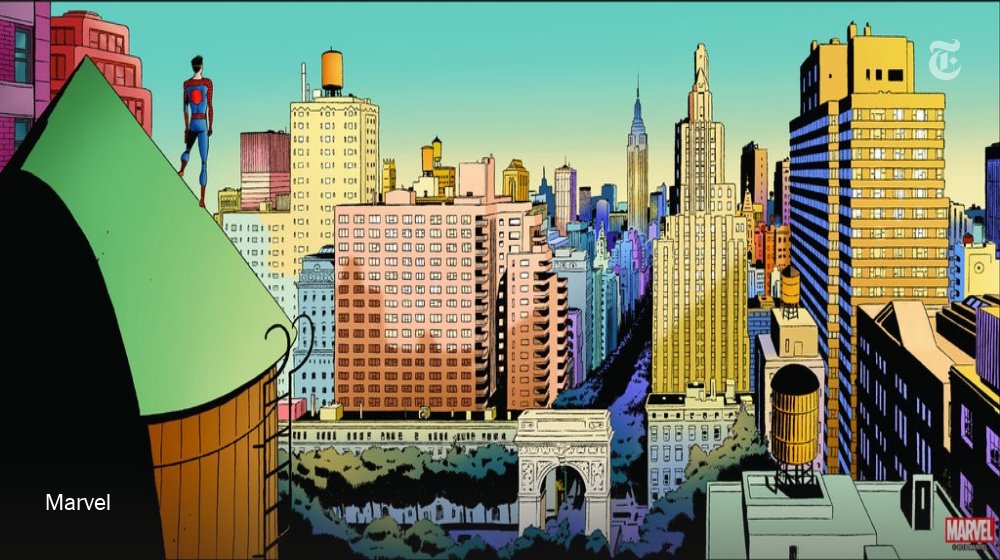 The Avengers Mansion was a Beaux-Arts palace. Fans know it as 890 Fifth Avenue. The Frick Collection, which now occupies the place, uses the address of the front door: 1 East 70th Street.
CULTURE

The women are mobilizing in conservative states and districts, hoping to pull off upsets like Doug Jones’s Senate victory last year in Alabama, where 98% of black women voted for him and proved a critical base of support. https://t.co/RSD5JCJ0Ui 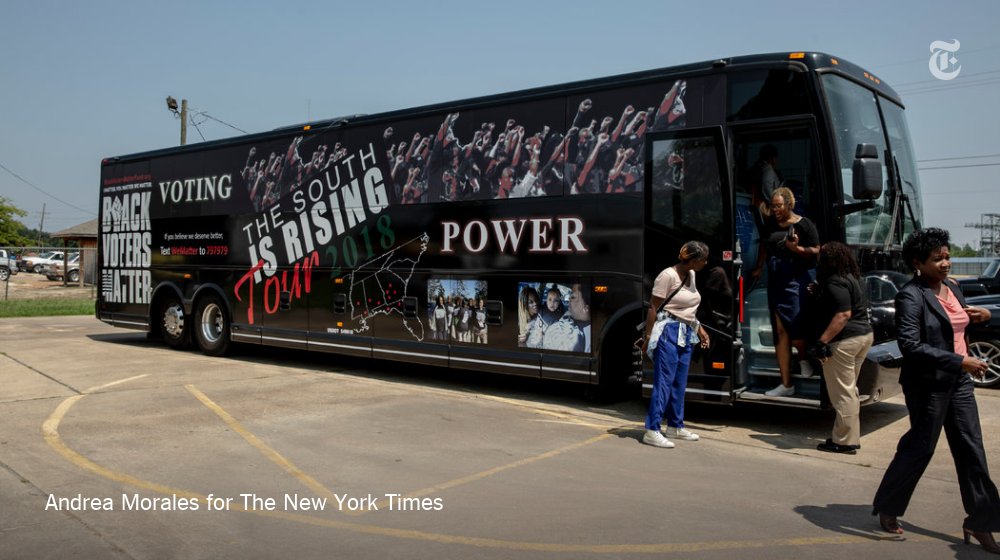 "We're trying to stir up the spirits of the folks who’ve been turned off this damn process." — LaTosha Brown, in Greenville, Mississippi, co-founder of Black Voters Matter Fund https://t.co/RSD5JCJ0Ui 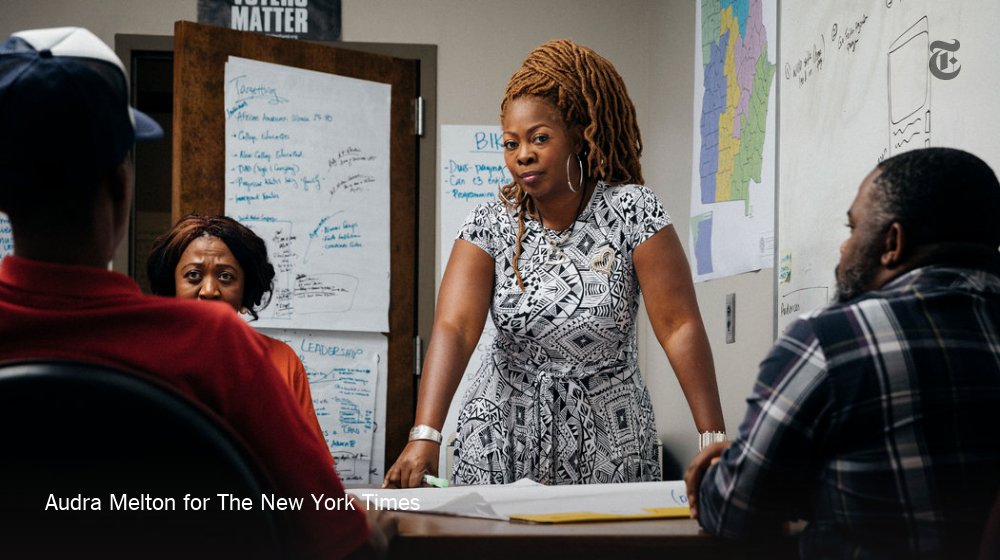 Kewyata Dice works as a nursing assistant in Americus, Georgia. She sat out the 2014 and 2016 elections, but has promised to vote in this one. "I feel like I should get out and make my vote matter," she said. "Make myself matter." https://t.co/RSD5JCJ0Ui 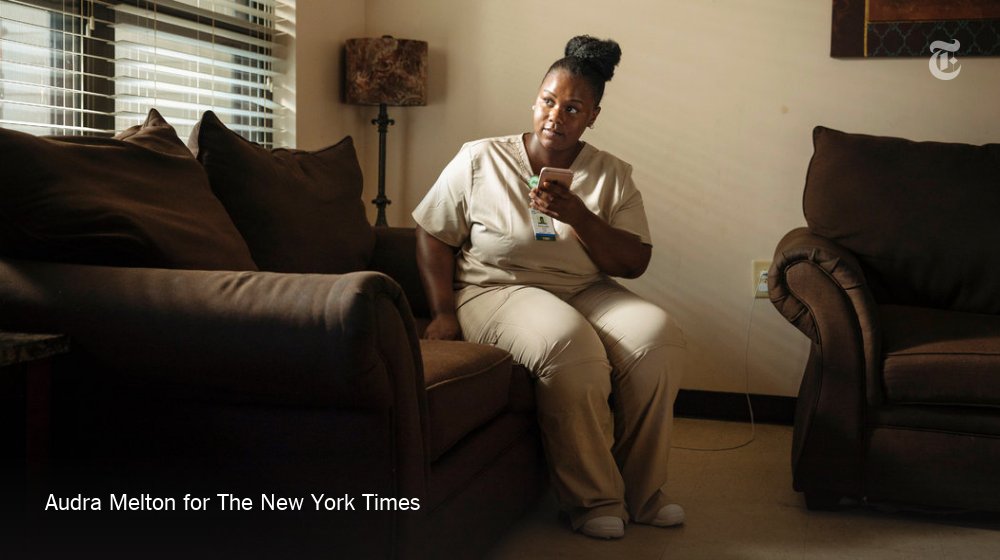 Kayla and Kiana Blaine in Tallahassee, Florida, are fueled by a protectiveness and fear about the fate of black men. They applaud Andrew Gillum’s opposition to Florida’s Stand Your Ground Law and are recruiting fellow FAMU students to get out the vote. https://t.co/RSD5JCJ0Ui 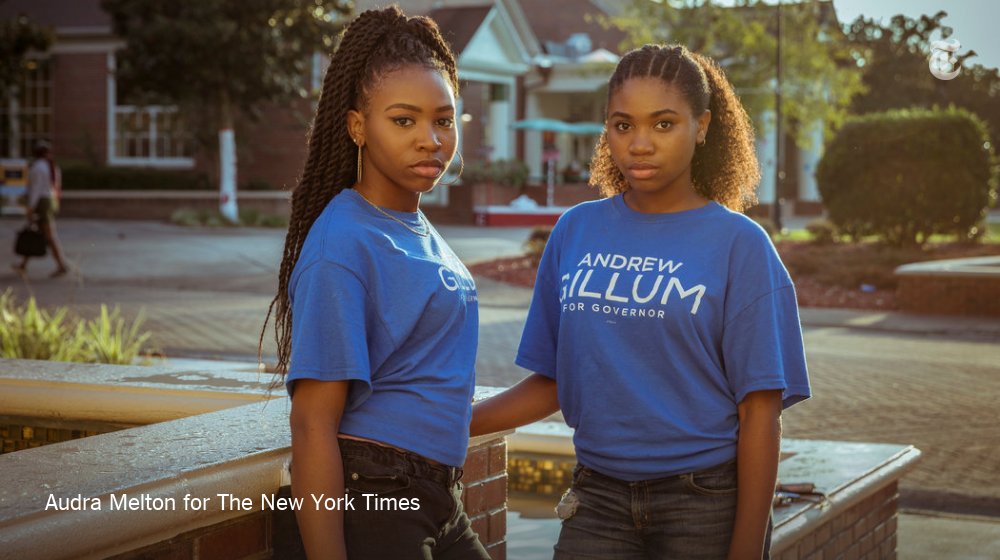 The New York Times
@nytimes
As President Trump railed against the election results from a stage near the White House, his loyalists were already gathering at the Capitol.

We reconstructed how that rally gave way to a violent mob that forced the evacuation of Congress.

Here’s what was happening before noon

— Near the White House, Trump addresses supporters he had summoned to Washington to stop the certification of President-elect Joe Biden’s victory.
— Meanwhile, hundreds also assemble on the Capitol lawn, more than a mile away. 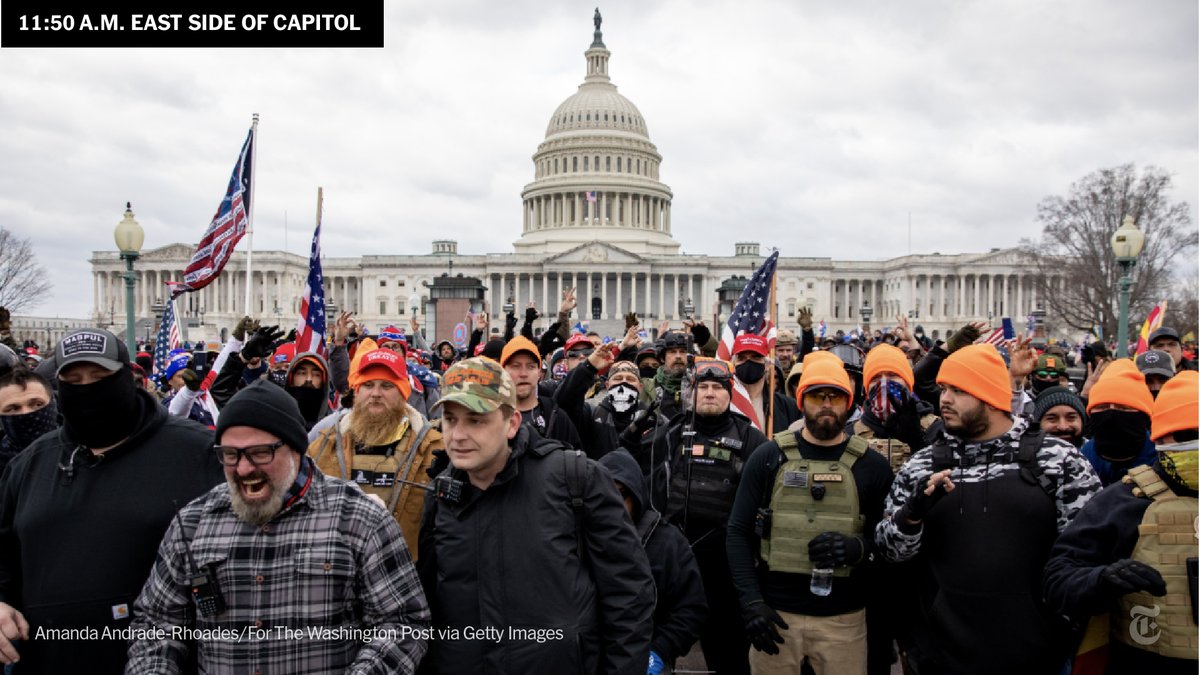 — During Trump’s speech, he tells the crowd to walk to the Capitol. “You have to show strength,” he says.
— Supporters leave for the Capitol even before the speech ends.
— Pipe bombs are found at the RNC and DNC headquarters. 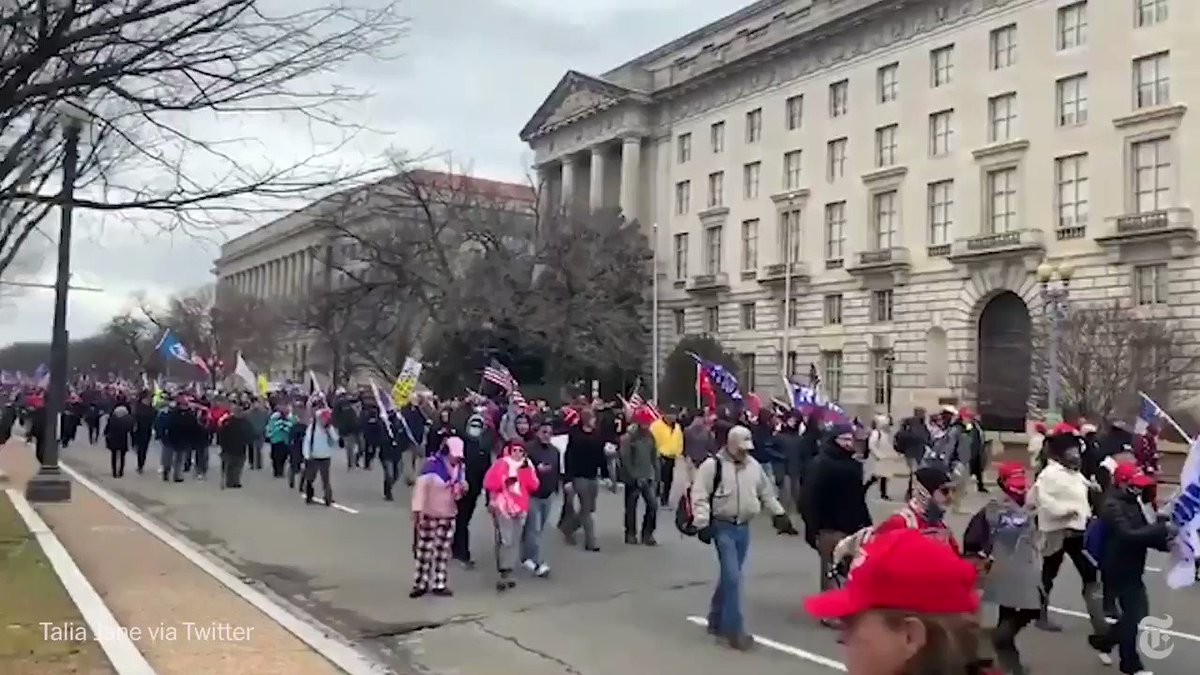 — Trump’s speech continues.
— A crowd at the Capitol overwhelms police and breaks through barricades.
— Police in riot gear arrive to help control the crowd.
— Inside, the proceedings to certify the Electoral College vote begin. 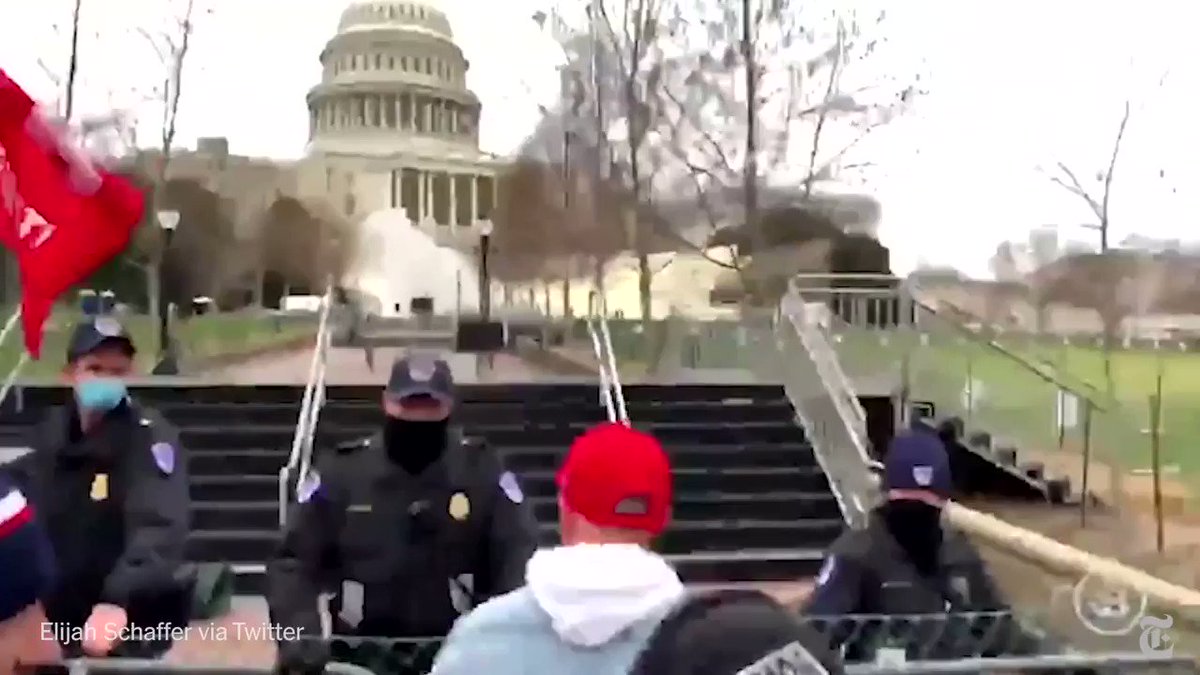 — Trump’s speech ends.
— Outside the Capitol, the rioters’ clash with the police escalates.
— Inside the Senate, Ted Cruz argues that the Electoral College votes from Arizona should not be certified. 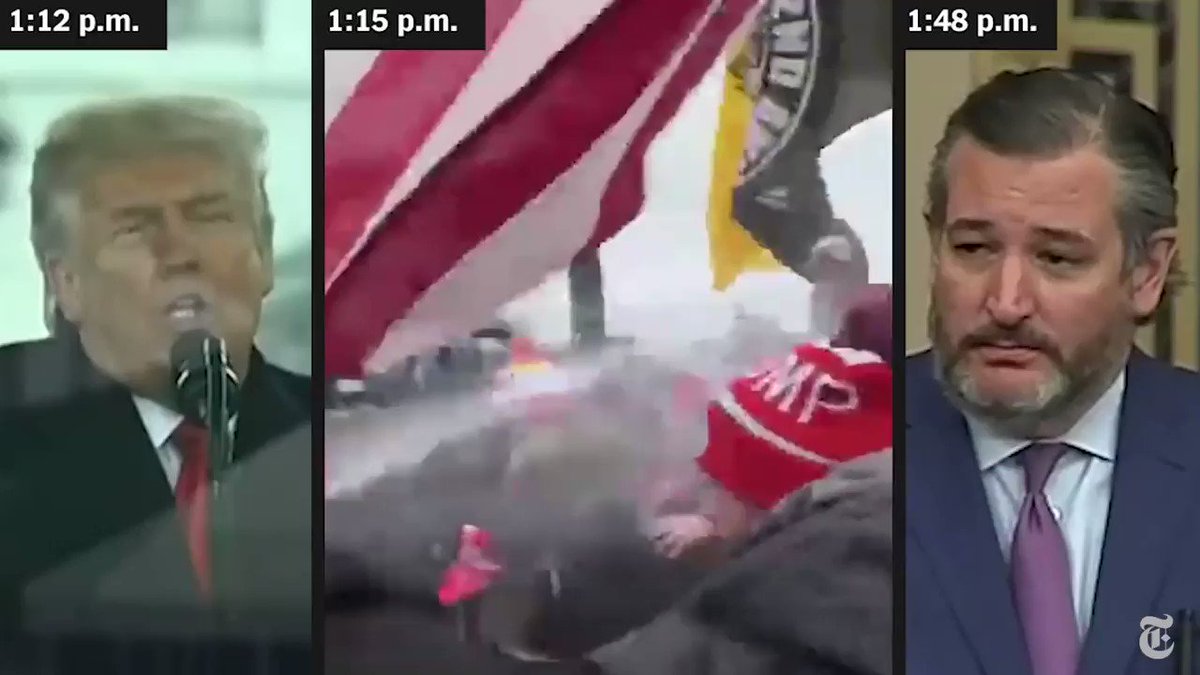 The New York Times
@nytimes
Exclusive: For 77 days between election and inauguration, Donald Trump — advised by conspiracy-minded lawyers and funded by a new class of donors — tried to subvert American democracy with a lie about fraud that he had been grooming for

Our examination shows how Donald Trump waged an extralegal campaign that convinced tens of millions of Americans the election had been stolen and that reached a deadly climax at the Capitol on Jan. 6.

Interviews with central players, and documents including previously unreported emails, videos and social media posts scattered across the web, tell a more encompassing story of a more coordinated campaign on Donald Trump’s behalf to subvert the election.
IMPEACHMENT

The New York Times
@nytimes
Six months after leaving the White House, Jared Kushner secured a $2 billion investment from a fund led by the Saudi crown prince, a close ally during the Trump administration, despite objections from the fund’s advisers about the merits of the deal. https://t.co/FDlmrzvYdw 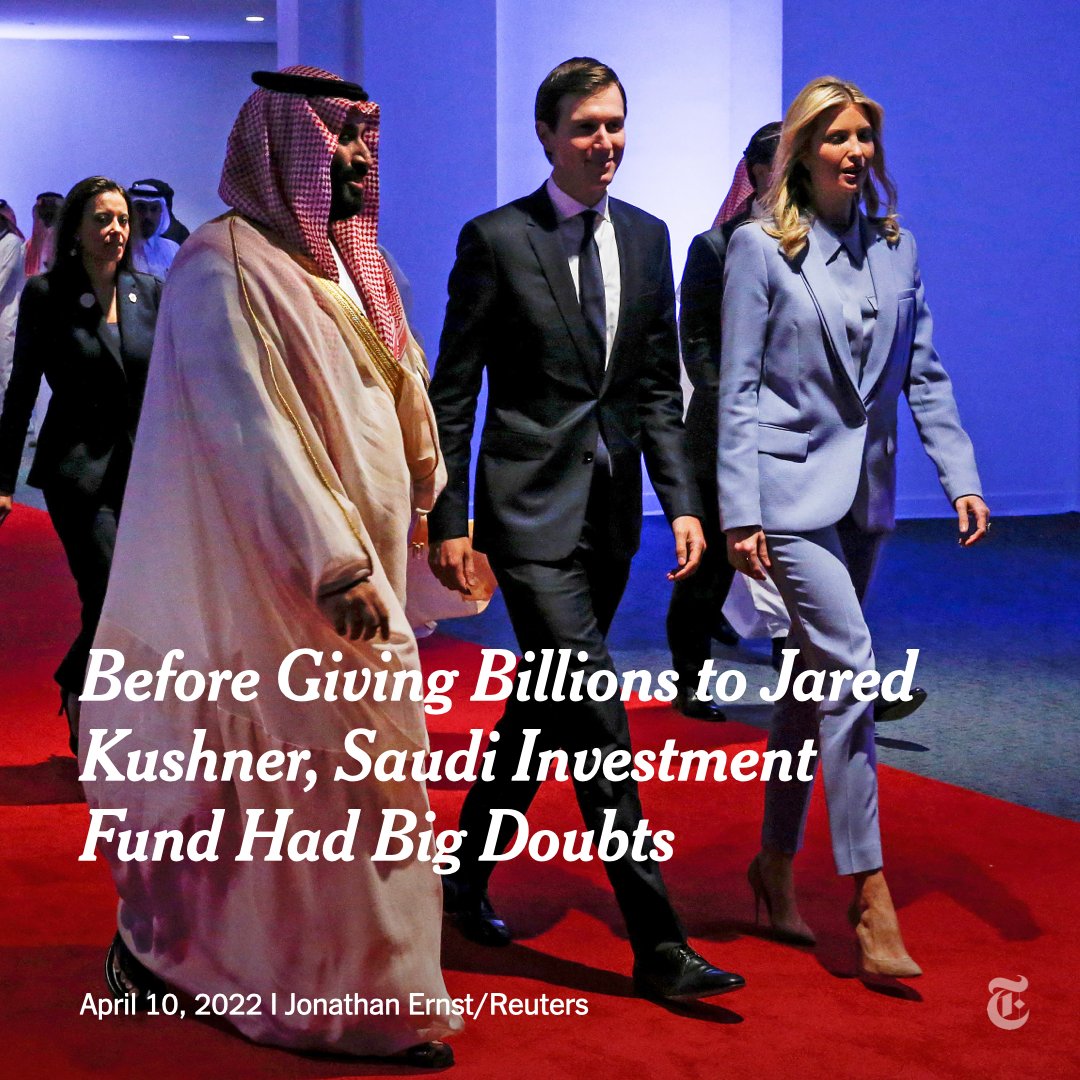