Gareth Harney
@OptimoPrincipi
1) The Temple of the Divine Claudius was a vast temple complex on Rome's Caelian Hill, overlooking the valley that would later be occupied by the Colosseum. Though almost nothing now remains of the structure, its scale and grandeur once rivalled anything in the city.. #LostRome 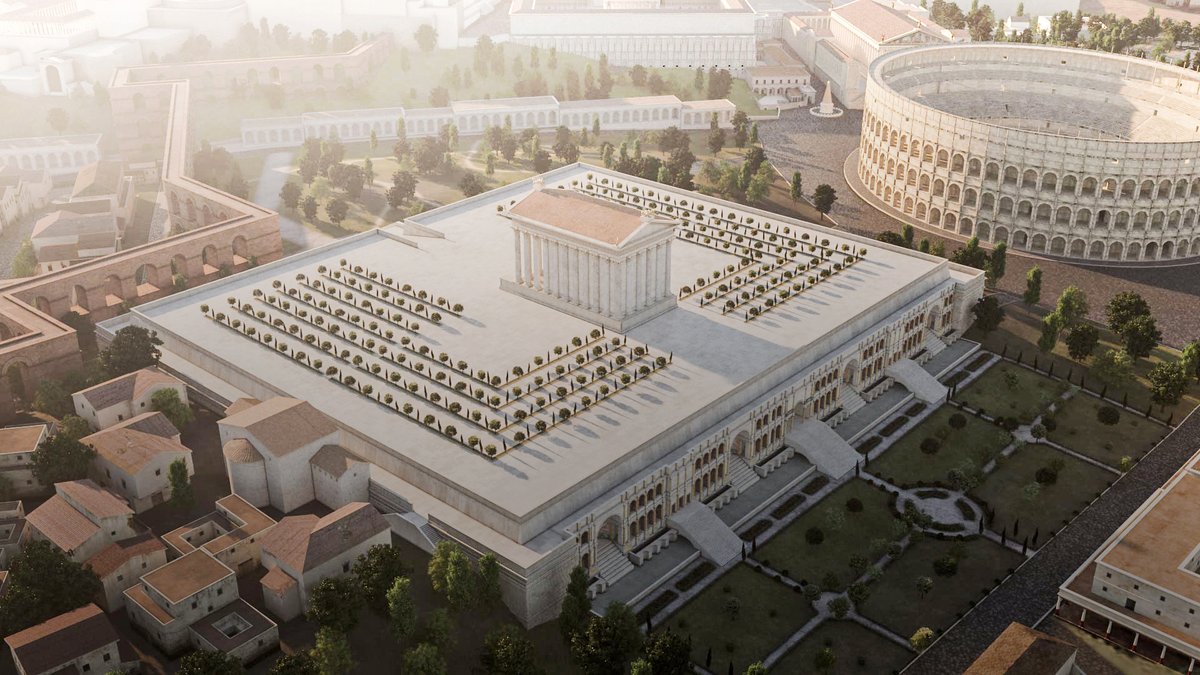 2) The 'Claudium' was intended as a sacred complex to revere Claudius and the imperial cult. Construction began soon after the death and deification of the emperor in 54 AD, initiated by his widow Agrippina who was likely responsible for his supposed death by poisoning. #LostRome

3) The sprawling temple complex sat on a gigantic podium that spread across the Caelian Hill, measuring 180 x 200 metres; with towering retaining walls of travertine that raised the structure 20 metres above the valley below. #LostRome 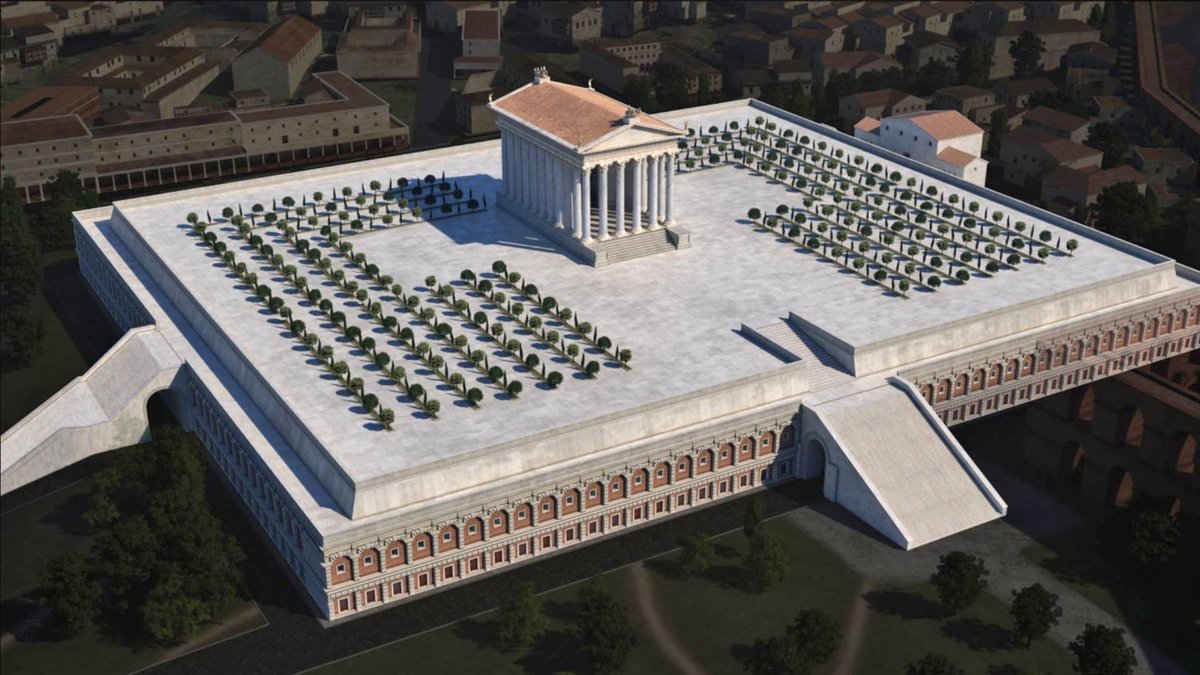 4) The elevated sacred area was likely entered by steps facing the temple on the west side. The temple itself had a projecting hexastyle porch and was surrounded by gardens and a grand portico, probably the 'porticus Claudia' mentioned in Martial's 'On the Spectacles'. #LostRome 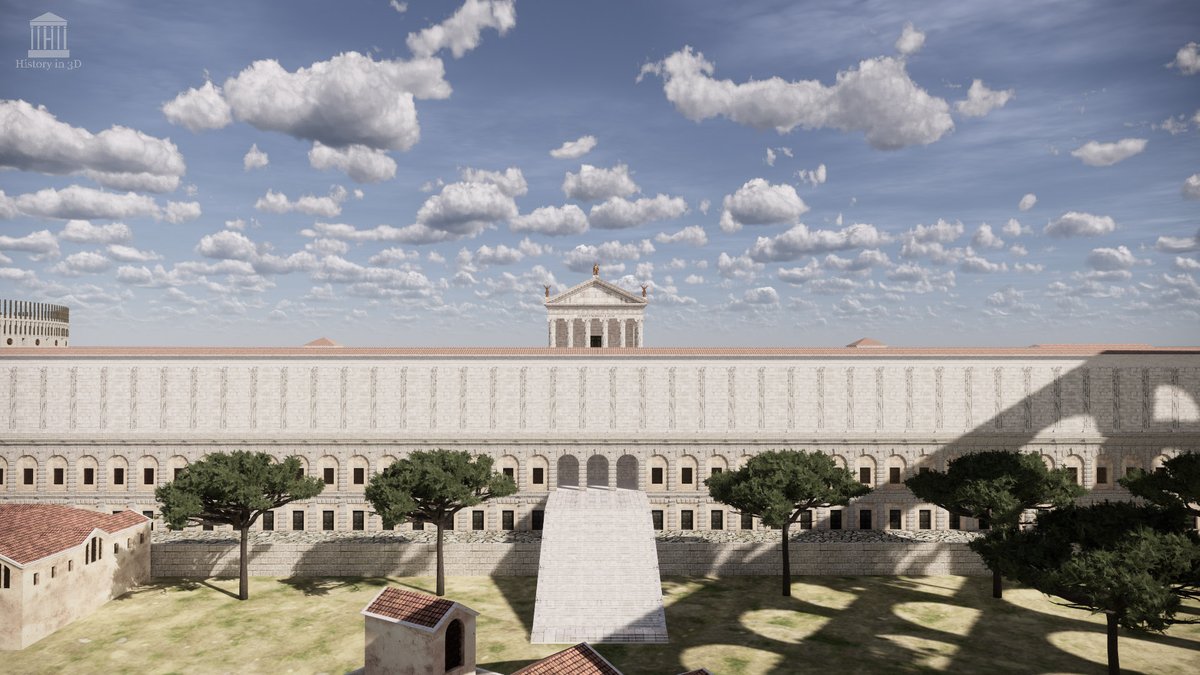 5) Statues of both Agrippina and Claudius’ ill-fated young son Britannicus, sculpted in sumptuous dark Egyptian greywacke, were discovered among the ruins on the Caelian Hill in 1651 – and had almost certainly been displayed in the temple precinct. #LostRome 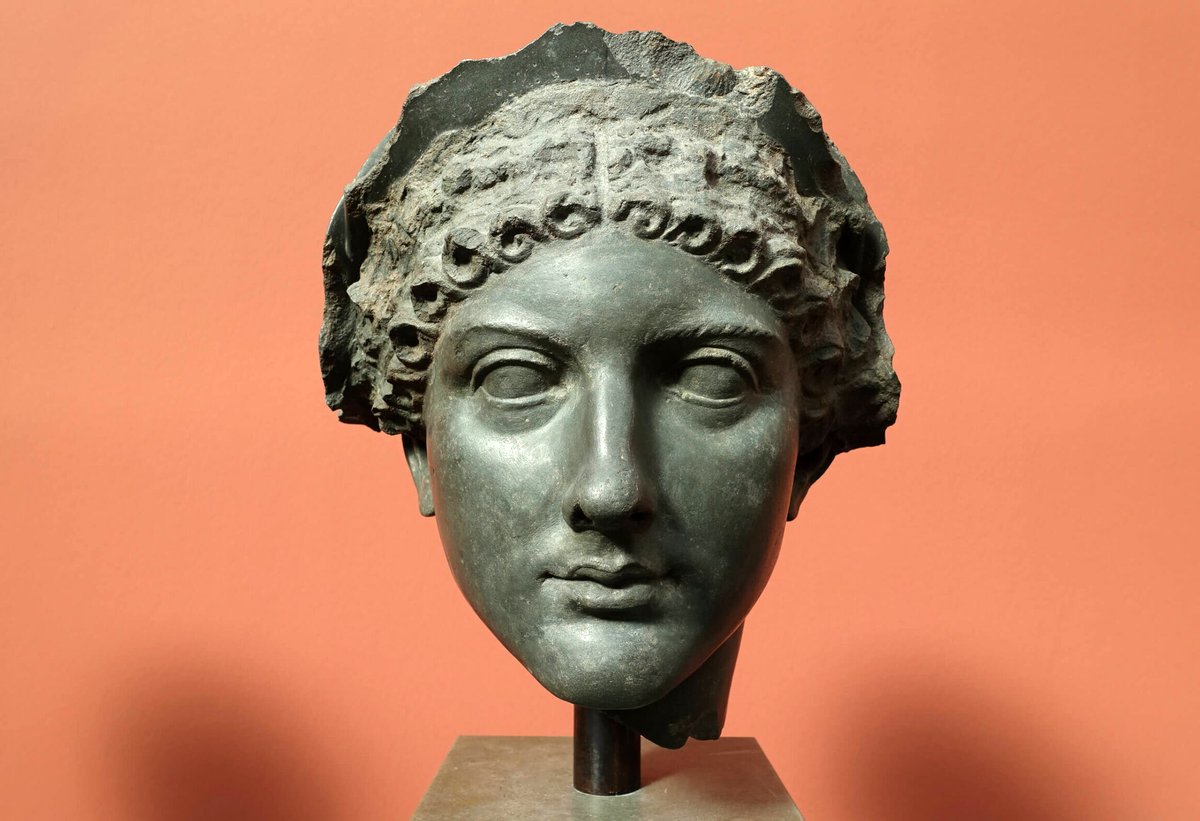